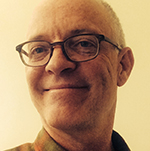 Michael Collier was a contributing writer and editor at EdSource.

All articles by Michael Collier

Federal support for teacher training to continue, but next year's funding in doubt

Superintendents who lead districts where they grew up say they are motivated by a yearning to honor their mentors who nurtured them along the way.

Superintendent emphasizes the importance of health.

Preschool teachers paid about half of what kindergarten teachers make.

Tulare County superintendent: Accountability 'about process' as much as the document

Orange County superintendent: 'We must support our districts'

Students learn science with binoculars and a note pad.

Assessments would be administered to students in Spring 2019.