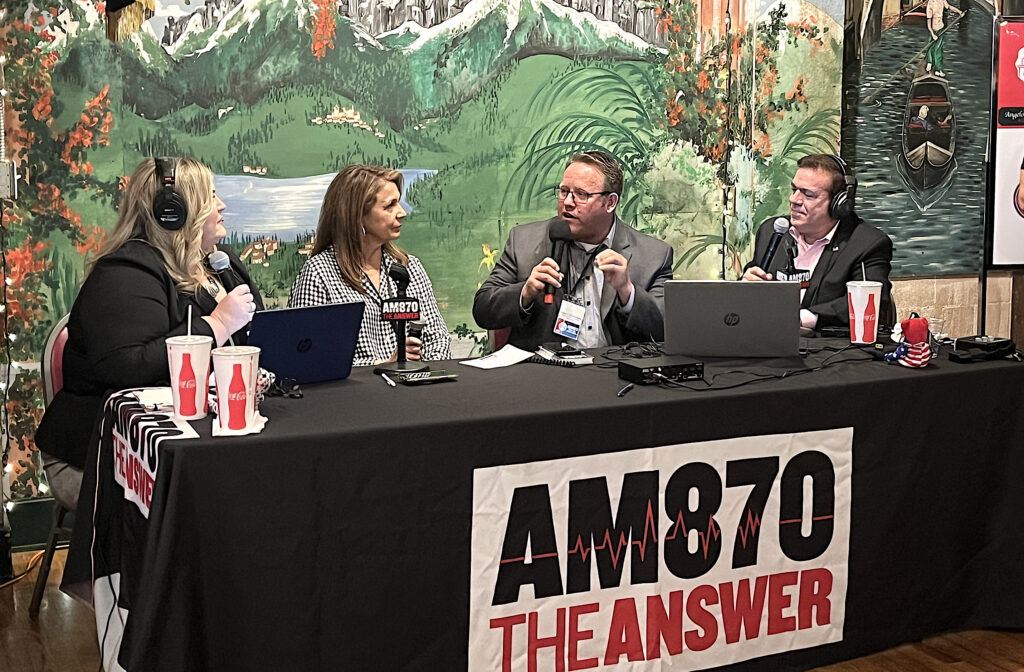 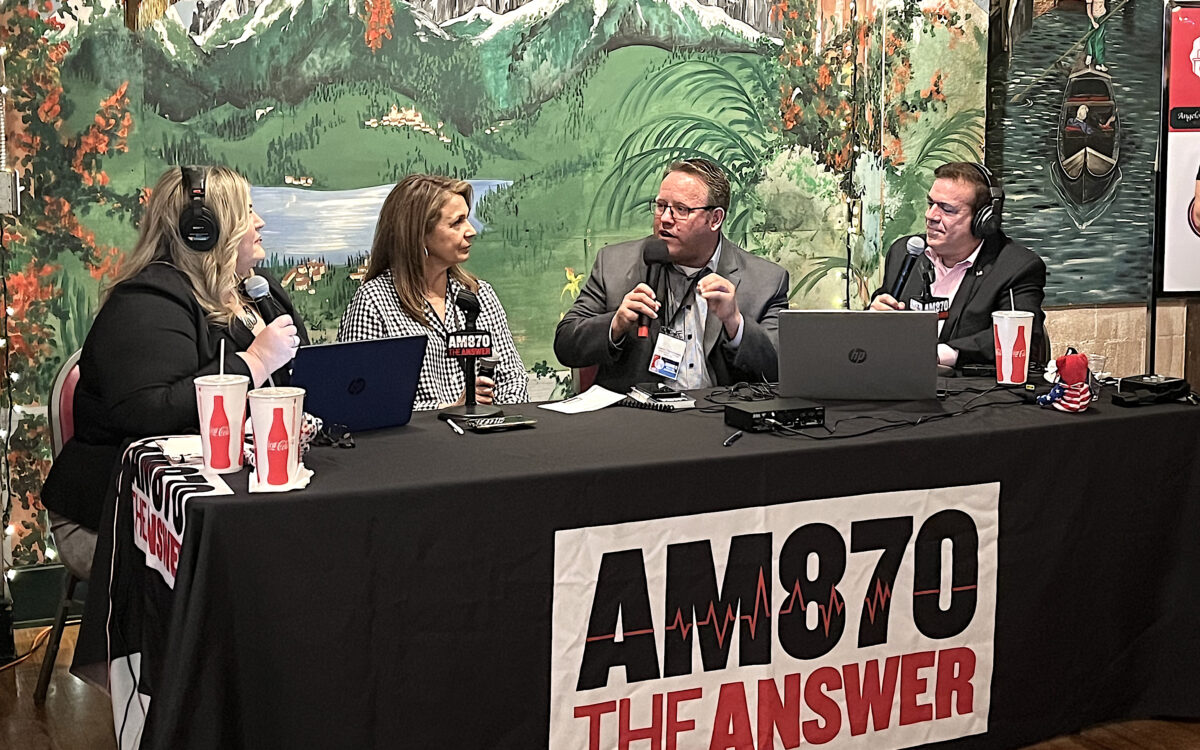 If he were elected state superintendent, Lance Christensen would hire a parent advocate as deputy superintendent as his first act, advocate for a school choice initiative that he helped draft and continue to criticize the California Teachers Association, which he says “has owned the superintendent of the public instruction for generations.”

In other words, he‘d be a very different state superintendent.

Christensen, 45, will square off with the incumbent, Tony Thurmond on Nov. 8. He was runner-up, with only 12% of the vote in the June primary to Thurmond’s 46%, but, with more than half of the total votes, he and others collectively forced a runoff by denying Thurmond a majority of the vote.

Along with pay of $190,000, the job hands the state superintendent of public instruction a big mic on education issues and a big responsibility: running the California Department of Education, with 1,500 employees tasked with administering whatever regulations, laws and mandates the State Board of Education and the Legislature hand down.

The state superintendent doesn’t set policy but can lobby for it in the Legislature and with the governor. Christensen is not new to education policy. He currently works as vice president of education policy and government relations for the California Policy Center, an Orange County-based conservative think tank.

For five years, he was chief of staff for state Sen. John Moorlach, an Orange County Republican, when Moorlach was the vice chair of the subcommittee on education spending. “I got a firsthand look at every single dollar that went through the state budget process,” he said. As an assistant budget analyst for the state Department of Finance before that, he oversaw funding for juvenile detention centers.

With only $129,000 in contributions, Christensen is being outraised about 30-to-1 since Jan. 1, between the $615,000 Thurmond has raised and $2.8 million in independent expenditures for Thurmond from public employee unions, mainly the California Teachers Association.

Christensen is counting on a surprise showing at the polls by disgruntled parents who share his frustration over extended school closings during the pandemic, support his ideas for parent empowerment, including state-funded tuition to private schools, and oppose what they perceive are activist teachings on race and gender.

The fix, Christensen said in an interview, would start with hiring “a chief parent advocate as my deputy superintendent, somebody who’d be a liaison with parents who feel really frustrated and left out of the whole process. Most parents are the last to be consulted on issues of discipline, school safety curricula.”

Parents can speak out at school board meetings and serve on school site councils. But, Christensen said that’s not enough. Christensen said he too has been a school volunteer for his five children. The oldest graduated from high school in San Juan Unified last year, and the others attend public schools in rural Wheatland in Yuba County. He was on his district’s oversight committee for finances and transportation facilities issues and vice president of a booster club.

But there’s a “disconnect,” he said, “when you have a lot of participation at the local level, and then the superintendent or the school board says, ‘Well, we’re sorry. The state won’t allow us to do X, Y or Z.’ I think if there’s a conduit to the superintendent through a parent advocate, those kinds of lines can be broken to make sure that the voices are heard.”

“On most school boards, I don’t think the trustees fully understand or grasp how much authority they have. They’re quick to say, ‘Hey, we would do this, but for Sacramento,’” he said.  “So I’m saying get a lot of those restrictions out of the way.”

And what if the Legislature created a new program or mandate? “Then that’s fine. But it doesn’t require thousands of employees to do that,” he said.

Christensen said he would create a “kids-first audit” of the state education budget, the Department of Education and the state education code to determine how kids’ interests are being served. “All three are wrought with bloated bureaucracies with programs that were built decades ago that are just simply not workable anymore,” he said.

Christensen sounded like former Gov. Jerry Brown a decade ago when Brown called for adopting the Local Control Funding Formula. “I would like to see as much of that decision-making down at the lower level where they can be held responsible and accountable for actions they make,” Christensen said.

Local control was the principle behind the adoption of the funding formula in 2013, but Christensen said it hasn’t worked as well in practice. “If you talk to superintendents, which I have, they get really frustrated about their reporting requirements and the increased requirements that continue to come from the Legislature.”

Budget language authorizing $4.4 billion to convert thousands of low-income schools into community schools over the next five years requires parent involvement in all important school decisions. Schools could open parent and community volunteer centers, student health and wellness clinics, or after-school or parent education programs, if they choose.

Christensen said he has “major concerns” with the community schools idea which he labeled as “mission creep.”

“Taking responsibility over every aspect of the child’s life away from their parent is problematic. I understand there are some communities where it’s difficult to find health care or to find the kind of mental health facilities. I live in a rural community,” he said. “I don’t know that it needs to be the school’s job. Our kids can’t read. So why are we having all these other programs to the mix?”

Christensen said the extended school closures during Covid epitomize where adult interests took priority over kids’ welfare. California was one of the last states to reopen most schools; the cost in learning and in students’ mental health was high, he said.

He pointed to his son, who was denied a high school life from freshman to senior year. “Shame on us. We didn’t allow these kids to have the kind of experiences that could have been done safely like a lot of states did,” he said.

What was missing was an independent authority to recognize the impact of school closures on students and determine how to protect our students and state, “but also not lose kids to anxiety, depression and suicide.”

Looking ahead to a future surge of Covid, he said, “There were a lot of unknowns in 2020, but we’ve learned a lot since. It’s time to stop pushing a lot of the fear narrative and let parents know that their kids are safe when they go to school.”

California should copy the best practices of other states, he said. “Shutting down schools and locking kids behind a Zoom screen is probably the last thing we should ever do again.”

Racial justice: Conservatives nationwide have turned “critical race theory,” a legal analysis of how laws and regulations have perpetuated discrimination, into a shorthand for opposing negative critiques of American history and discussions of ongoing racial injustice.

Christensen made a distinction. “I am not opposed to teaching warts, scars and bruises of history. Our country and California has been involved in a lot of atrocious things, whether it’s stealing land from the local people, slavery and indentured servitude of the Chinese in California or putting Japanese in concentration camps.”

“But when we teach these things in school, it has to be taught in perspective and context,” he said. “When teachers feel like they’ve got to be advocates and activists instead, that’s where we have a problem.”

His oldest son’s English teacher, he claimed, had a line in his syllabus that said, “My top priority is to make you social justice warriors.”

“His business is to make sure that he’s teaching critical thinking, writing, analysis. The examples could go on and on and on.”

Teacher shortage: Gov. Gavin Newsom and the Legislature have allotted several billion dollars to recruit and retain teachers through subsidizing their credentials and establishing teacher residencies in which aspiring teachers would be mentored for a year.

As an alternative, Christen said he sees no reason the multiyear credentialing process couldn’t be shortened, especially for retirees and experts in science, technology, engineering, math and the arts who want to become teachers.

Develop a small program that takes a few weeks to develop lesson plans in curricula and send them off to the world,” he said. The current process “weeds out a lot of really good people that want a faster process.”

California Teachers Association: The CTA has spent tens of millions of dollars campaigning for Thurmond and three previous state superintendents, all previously state legislators. Christensen says the union is too powerful.

“The CTA and their affiliates get every year to lobby against the issues of parents and children. They have a job to do —  to protect their interest. I get that, but it’s almost like the parasite has eaten the host,” he said.

“I think we should provide (teachers) with the protections they deserve,” he said. The unions shouldn’t use children as “hostages or pawns, and or as negotiating tools” when they want greater salaries and less time for classroom instruction, he said.

“Most teachers are wonderful human beings who just want to teach kids.,” he said. “But the teachers union seems to protect the worst, the loudest and the angriest teachers. It’s very difficult for a teacher to be fired, especially those who do grievous things.”