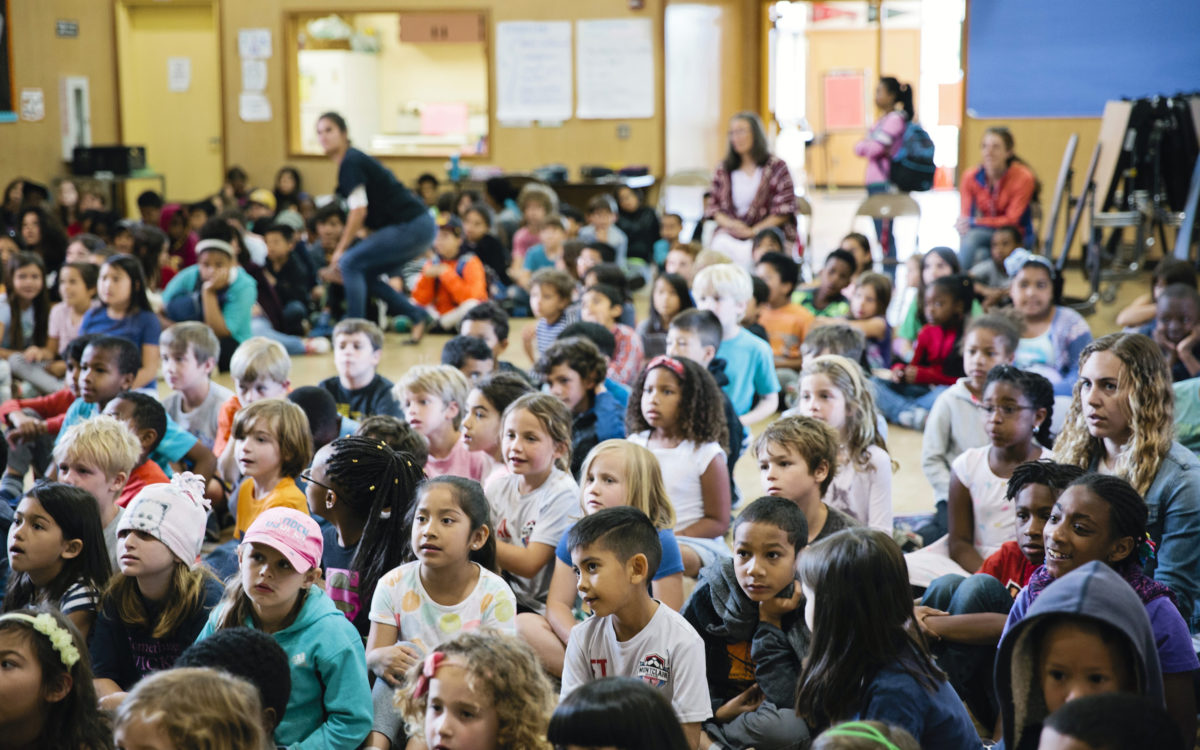 California districts with African-American students, currently the lowest-performing ethnic or racial student group, would receive additional funding under a bill that passed its first legislative hurdle last week with the support of organizations representing both school districts and charter schools.

Asssemblywoman Shirley Weber, D-San Diego, the primary author, said the bill is needed to correct the failure of the Local Control Funding Formula, as written, to address the glaring and persistent low academic achievement of the state’s 350,000 black students.

“Now is the time to fix educational inequities and target resources to students most in need,” Weber said during a hearing before the Assembly Education Committee, where the bill passed without opposition and with just enough members present to move it forward.

AB 2635 does not specifically identify African-American students; they would qualify for extra funding based on standardized test scores in math and English language arts. The bill would add “lowest-performing student subgroup or group” as a new category under the funding formula.

The Legislature passed the funding formula in 2013 with the intention of providing more resources to students most in need. It provides 20 percent more than the base grant for English learners, foster and homeless children, and low-income students — those who qualify for the free or reduced price lunch program. Students get the same amount regardless of whether they fall into multiple categories, such as a low-income English learner. Since about three-quarters of African-American students in the state already qualify for a supplemental grant, the remaining quarter, about 92,000 students, would account for the extra funding. African-American students make up 5.6 percent of K-12 enrollment in the state.

Supporters of the bill estimate about $360 million would go to districts to use for services and programs targeting African-American youths. That amount would be less than 1 percent of the total budgeted for the funding formula next year. Districts with the largest numbers of non-low-income African-American students include some of the state’s largest districts — Los Angeles, Long Beach, San Diego, San Francisco and Oakland — plus Fairfield-Suisun and Vallejo City.

Black students are the lowest-performing student group next to students with disabilities, who would be excluded under the bill because they already are entitled to extra federal and state funding outside of the funding formula. Only 31 percent of black students meet grade level standards in English language arts, compared with the state average of 49 percent; 19 percent meet grade-level standards in math — half of the state average.

African-American students also have the lowest high school graduation rates and highest suspension rates. Studies have pointed to higher rates of suspension of black students compared with whites and other students for the same infractions (see here and here).

“We oftentimes conflate the issue of race and poverty as if you sort the needs of low-income students and capture all black students. Something in the achievement gap is not just about poverty,” Margaret Fortune, president and CEO of Fortune School, which runs a half-dozen charter schools in Sacramento. “Something more is at play here.”

Some authors have pointed to teachers’ lower academic expectations of black youth and other forms of bias and discrimination. Others cite trauma and instability that many urban black children experience living in high-crime neighborhoods.

In receiving additional money, districts would have to make the needs of African-American students a priority in their Local Control and Accountability Plans, the document they update annually to state how they will improve achievement for high-needs students. Some districts are already targeting low-income African-American children with supplemental and concentration grants, which go to districts with particularly high proportions of high-needs students targeted for help. Fresno Unified provides tutors for African-American students but also plans to examine classroom practices that could make a difference, said Superintendent Bob Nelson.

AB 2635 would make the first change to the formula’s funding allocation, and an analysis of the bill suggested it could be subject to a legal challenge. Directing money specifically to an ethnic or racial group could violate Proposition 209, the 1996 initiative that prohibits granting “preferential treatment to any individual or group on the basis of race, sex, color, ethnicity, or national origin in the operation of public employment, public education, or public contracting.”

Weber and proponents argue, according to the bill analysis, that the bill would not violate Prop. 209 because the money would be targeted to a subgroup based on test scores. The analysis, written by Rick Pratt, chief consultant to the education committee, notes, however, only an ethnic or racial group would be eligible because other groups already are getting extra money or would be excluded.

If another subgroup whose scores in math or English language arts became the lowest in future years, they would then be eligible for a supplemental grant. Even if African-American students were no longer the lowest-performing group, the supplemental funding for them would continue. Only when their average scores equaled the highest-performing group, currently Asian students, would the additional money stop.

No committee member brought up Prop. 209 during the hearing.

Weber said that the funding formula should be a “a living document” subject to change based on an evaluation of whether it is working.

Fortune said during a press conference that “advocates of Prop. 209 may say you cannot do something for black people.” The result of inaction, she said, “has been to calcify black achievement at the bottom.”

Among the groups supporting the bill are the California School Boards Association, the California Charter Schools Association, and civil rights and nonprofit advocacy groups including Children Now, the Education Trust-West and the NAACP. There is no registered opposition.