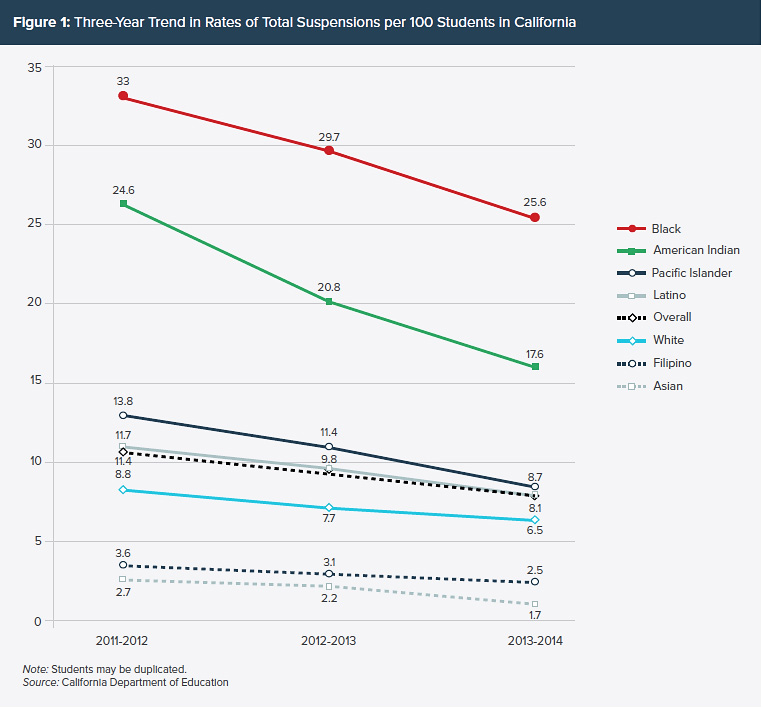 School suspension rates have fallen in California for students of every ethnicity in the last three years, a sign that a shift in discipline practices in many school districts is starting to have an effect, according to a study released Monday by the Center for Civil Rights Remedies at the UCLA Civil Rights Project. The study includes a spreadsheet of the number of suspensions by ethnicity in 901 California school districts.

At the same time, lower rates of suspension were correlated with higher academic achievement for every racial group in the state, the study found. For African-American students, the correlation was the strongest. While some parents and educators expressed concern that suspending fewer students would lead to chaos and lower academic scores, the study found evidence of the opposite.

The findings “push back” on the idea that “you’ve got to kick out bad kids so good kids can learn,” said Daniel Losen, director of the Center for Civil Rights Remedies and the lead author of the study, “Closing the School Discipline Gap in California: Signs of Progress.” “There’s no research to support that, and data suggest the opposite is much more likely.”

Lower suspension rates were correlated with higher academic achievement for every racial group in the state, the study found.

A push by some educators, advocates and California legislators in recent years to replace “zero-tolerance” discipline policies with conflict-diffusing approaches accelerated in 2014 when the U.S. Departments of Justice and Education jointly issued a guidance letter advising schools that the disproportionate application of discipline to certain groups of students may violate federal civil rights laws. “In short, racial discrimination in school discipline is a real problem,” the guidance letter stated. In California, the total number of suspensions, including both sending students home and sending them to an in-school area away from their classrooms, fell from 709,580 in 2011-12 to 503,101 in 2013-14, the study found, using data from the California Department of Education.

Even with declining rates of suspension, students in certain ethnic groups continue to be more likely to be suspended, and disciplined more harshly than other students for the same offenses, the study found. The largest difference was in the “disruption/defiance” category where African American students received 7.2 more suspensions than white students per 100 students.

The study is the first statewide analysis of the relationship between the Academic Performance Index, which is a score assigned to a school based on student test performance, and rates of suspension, Losen said.

The Los Angeles Unified School District in 2013 became the first school district in the state to ban suspensions for willful defiance. Two other large school districts subsequently banned the practice of suspending students for willful defiance, but the change did not take effect during the time period for the UCLA study — San Francisco Unified’s ban began in 2014-15 and Oakland Unified’s ban began in 2015-16.

The data collection also did not include the effect of the Jan. 1, 2015 law that eliminates willful defiance as a reason to suspend students in kindergarten through 3rd grade. 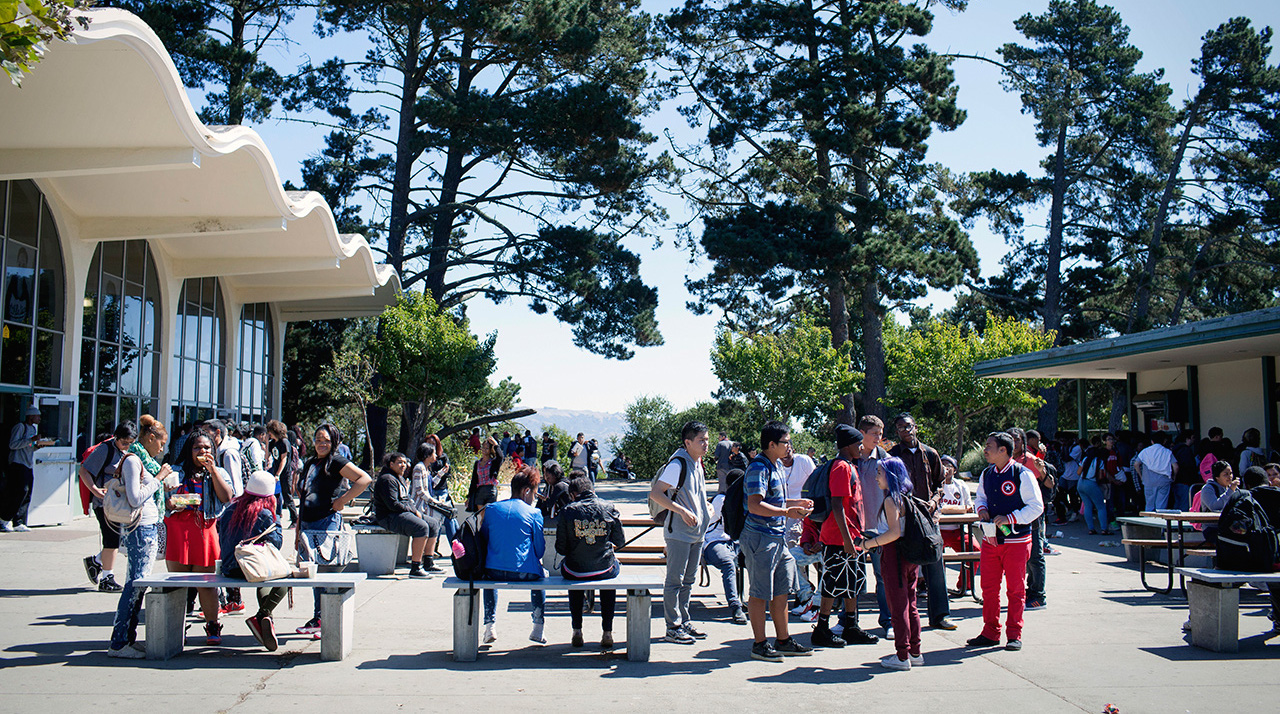 “Not only is California making progress, but a lot more can be done,” Losen said. “This is about improving the learning environment.”