Many, especially first-year teachers, are spending more than 30 percent of their income on rent, exceeding the federal cutoff for affordable housing.

On March 3 four California school districts will ask California voters to tax themselves to pay for teacher housing through a general obligation bond.

The East Side Union High School District will put a $60 million general obligation bond on the March 3 ballot to pay for a 100-unit apartment complex for teachers and staff.

Facebook announced Thursday that it would donate the money to help Santa Clara County build up to 120 affordable apartments in Palo Alto.

Public Policy Institute asked about some of the most hotly debated issues in its annual Californians and Education statewide survey.

A number of school districts, especially in high-cost regions of the state, are constructing apartment complexes to help attract and retain teachers.

Teachers in the most populated areas of California face formidable odds when it comes to securing housing throughout their careers. Explore three interactive maps that show the housing challenges California teachers face.

California teachers struggle to pay the rent as rising costs outpace their pay. The divide is sharpest for starting teachers in coastal regions like the Bay Area. Here are some of their stories.

Rising housing costs have hit teachers hard, especially those at the bottom of the salary scale working in California's coastal and metro areas.

Teachers struggle to meet housing costs: how EdSource did the story

Search for teacher salaries in districts across the state

EdSource wants to hear from teachers across California about their ability to find affordable housing. 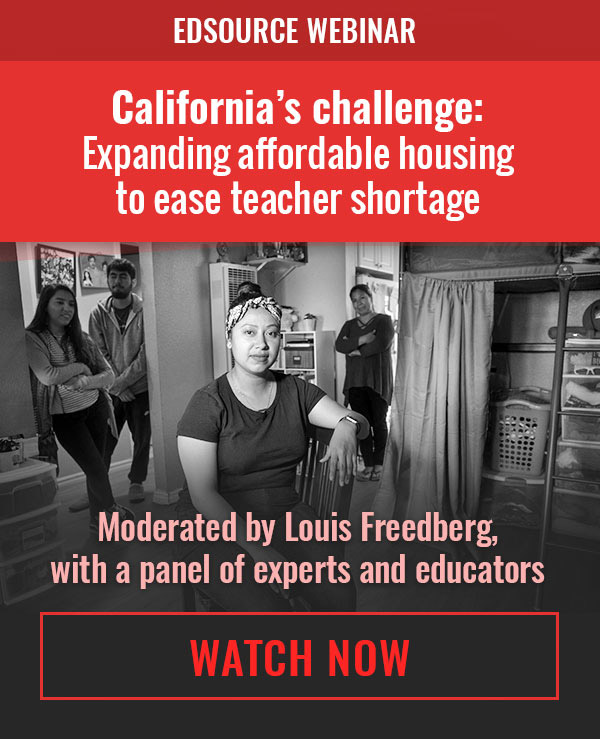 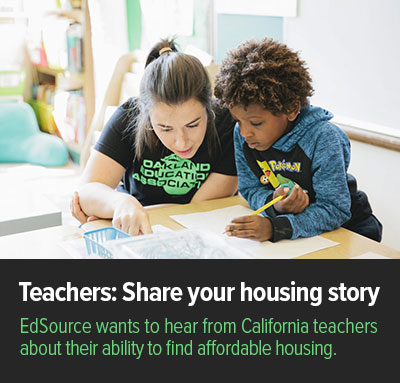 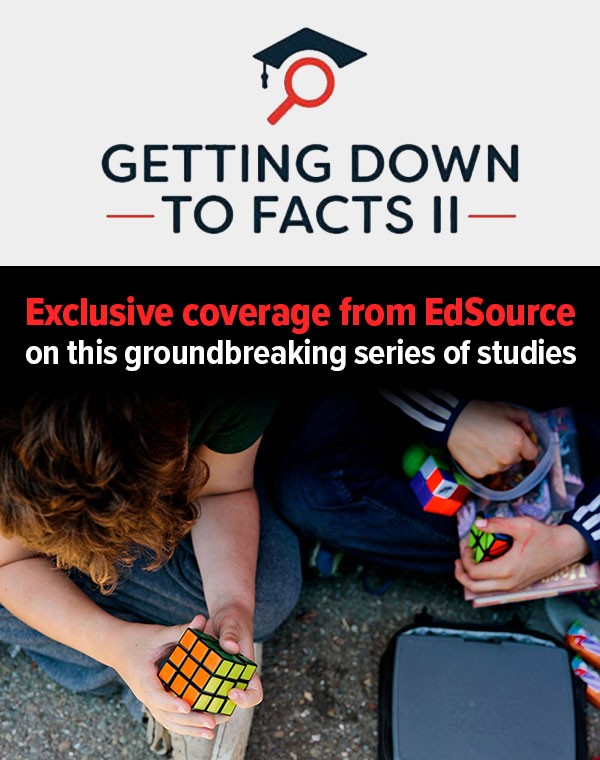