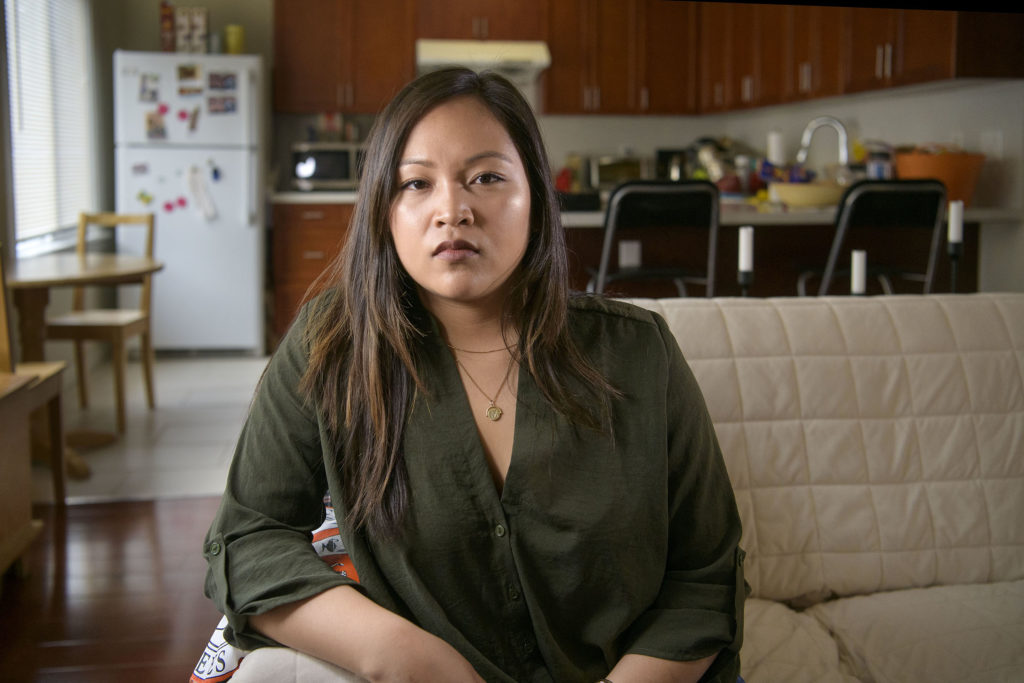 California teachers struggle to pay the rent as rising costs outpace their pay. The divide is sharpest for starting teachers in coastal regions like the Bay Area. Here are some of their stories: 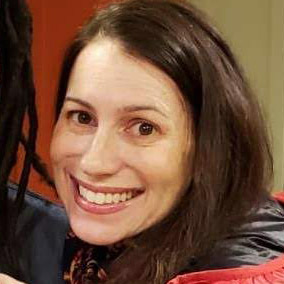 “I haven’t thought about my plan for next year. I’m taking it day by day.” 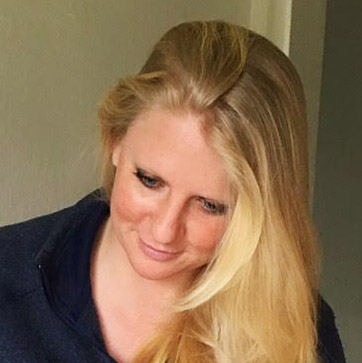 “I feel like I’m kind of drowning, constantly trying to stay afloat.” 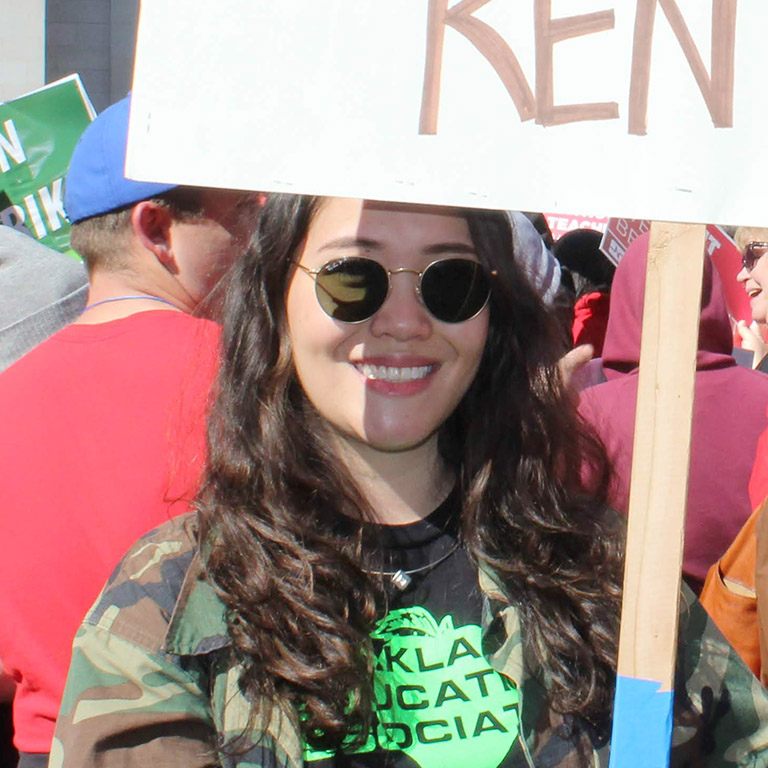 “Older teachers will tell you to get out of Oakland.” 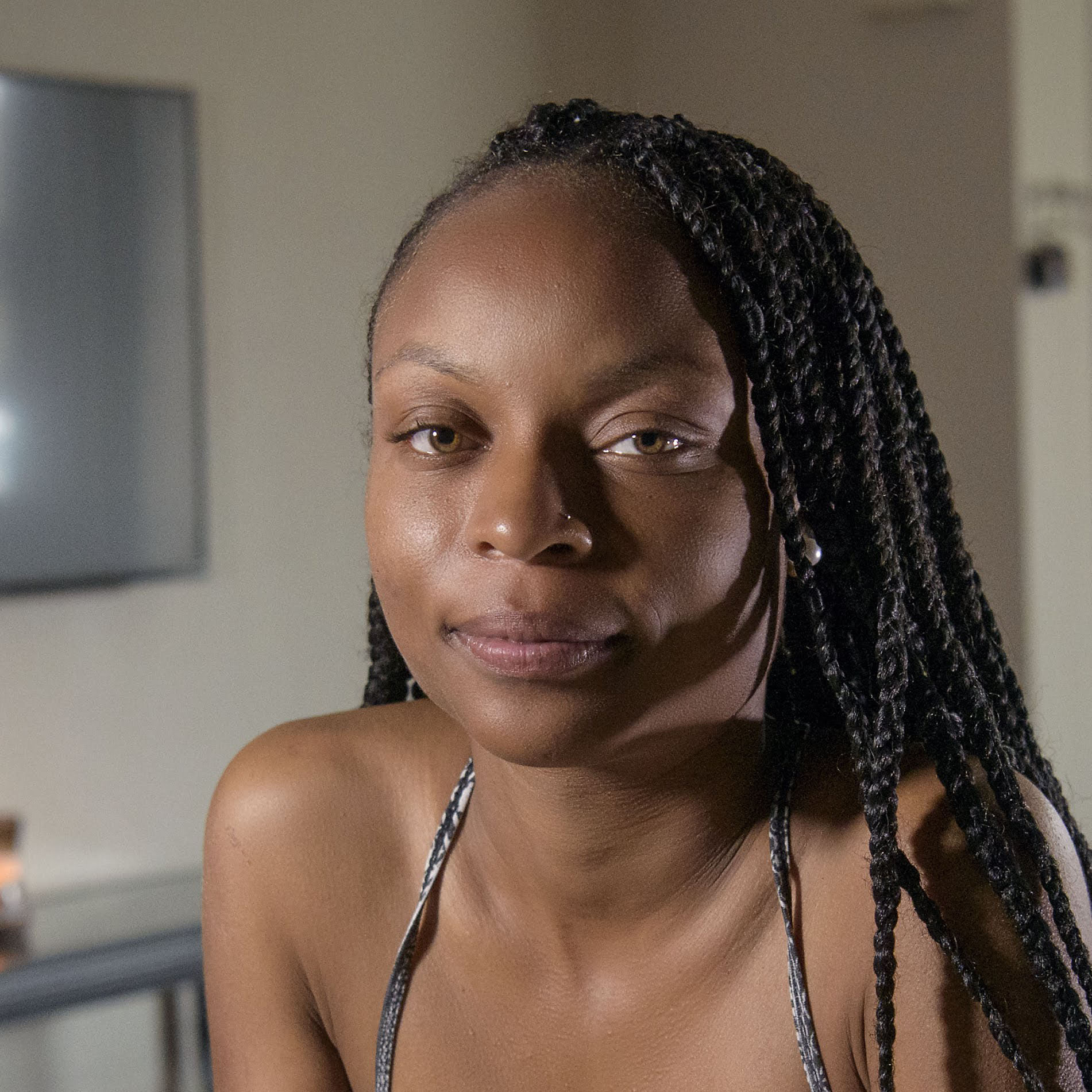 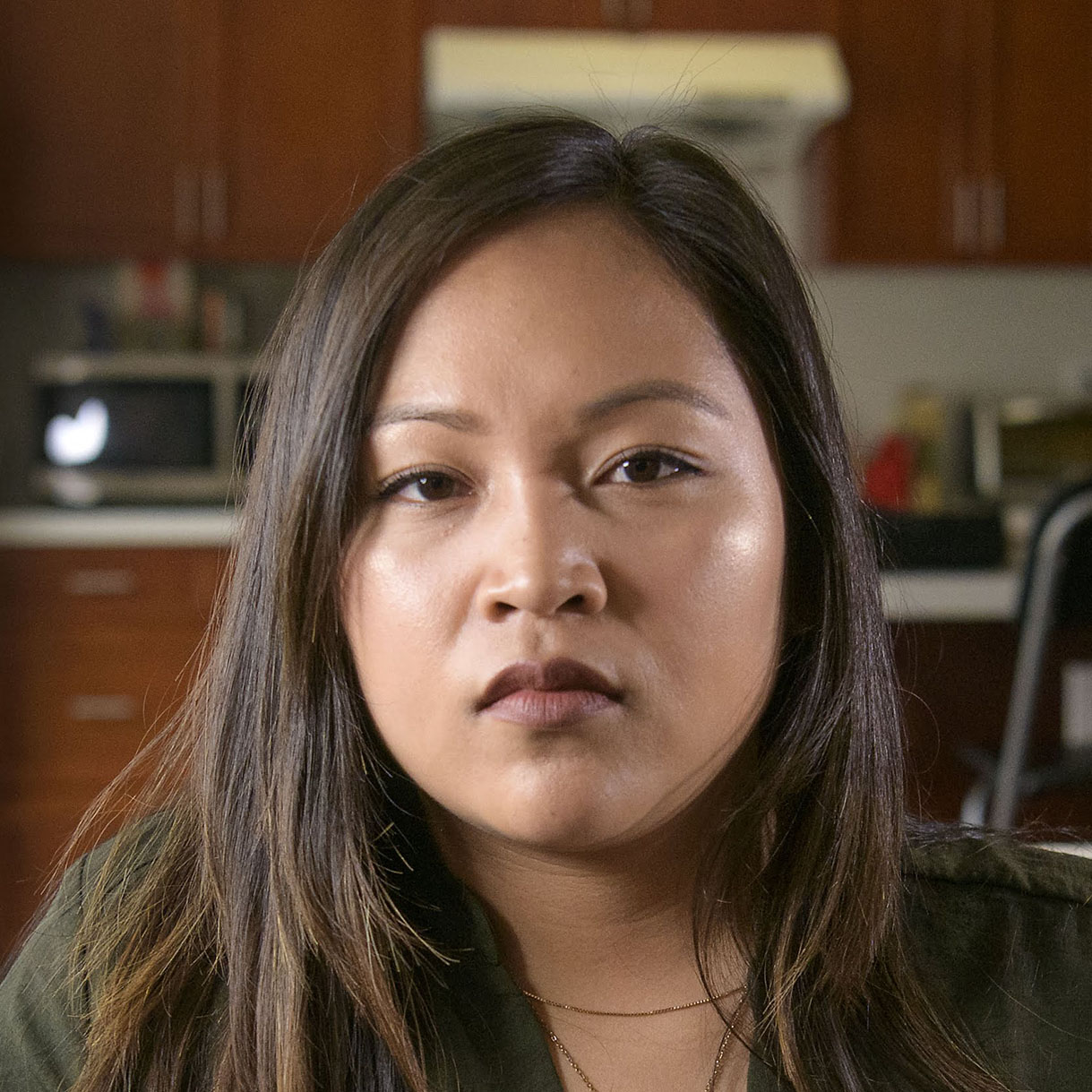 “As a working professional I shouldn’t have to live with my parents.” 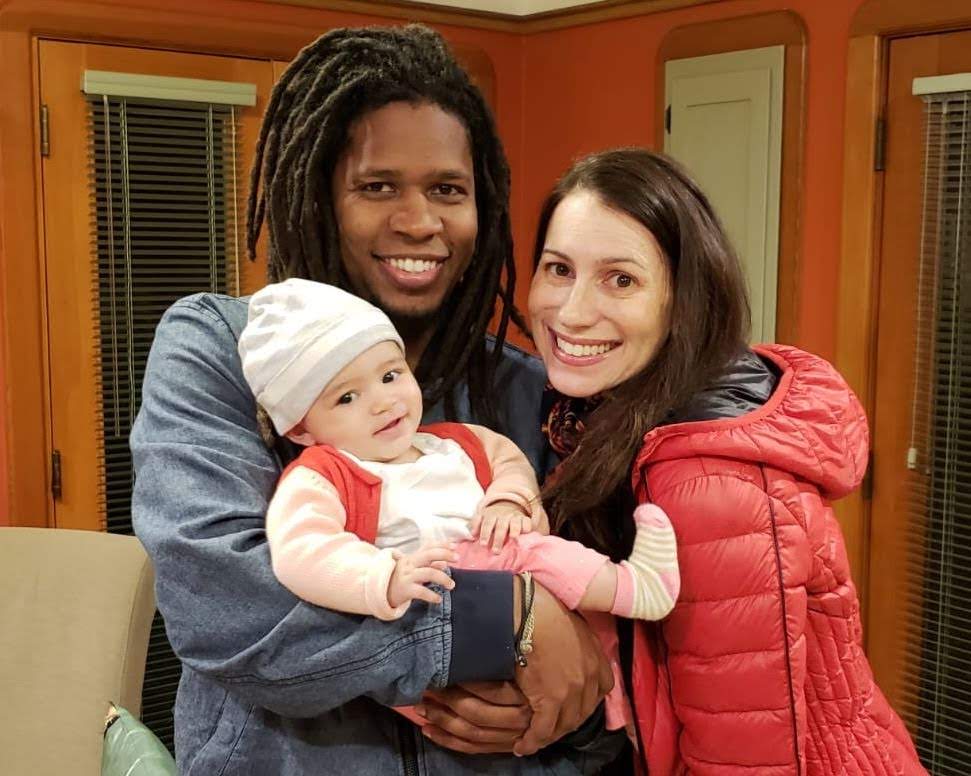 Gabriela Casal has wanted to teach 2nd grade since she was in 2nd grade. She got her wish five years ago, when she started working at Melrose Leadership Academy, a dual-language immersion school in Oakland.

“I love the kids and have so much fun,” she said. “I feel so excited being at work.”

In dual-immersion programs, English-speaking students and students who speak other languages are taught together using both languages.

Casal, 35, and her husband shared a 450-square-foot studio on the third-floor of an Oakland apartment complex before moving to Berkeley recently to rent from her parents. The lack of an elevator and limited parking close to their home convinced them to move when Casal became pregnant. The couple looked for other apartments in Oakland, but couldn’t afford the $2,500 rent that a suitable one-bedroom would cost.

Now the family of three are living in in-law quarters at her parents’ home. The apartment size and rent are the same as their old place — $1,500 — but the family doesn’t have to worry about stairs or parking.

Casal, who has been a teacher for five years and has a master’s degree, makes $52,000 a year. She earns an extra $150 a month for being bilingual.

She elected to work part time after her daughter was born. That means smaller paychecks and more out-of-pocket costs for benefits. Her husband, a recent immigrant from Brazil who is learning to speak English, also works part time.

“Our baby isn’t even five months old yet. We would rather work less and stay with her,” she said.

Casal said the family will have to move out of their tiny in-law unit when their daughter gets older. They likely will look for a rental in El Cerrito or Richmond.

Casal said she isn’t likely to leave the profession, but would leave the district if it is not feasible for her to stay.

“Sometimes you have to think about moving on,” she said. “I have a great school. For now, I’ll stay. I haven’t thought about my plan for next year. I’m taking it day by day.” 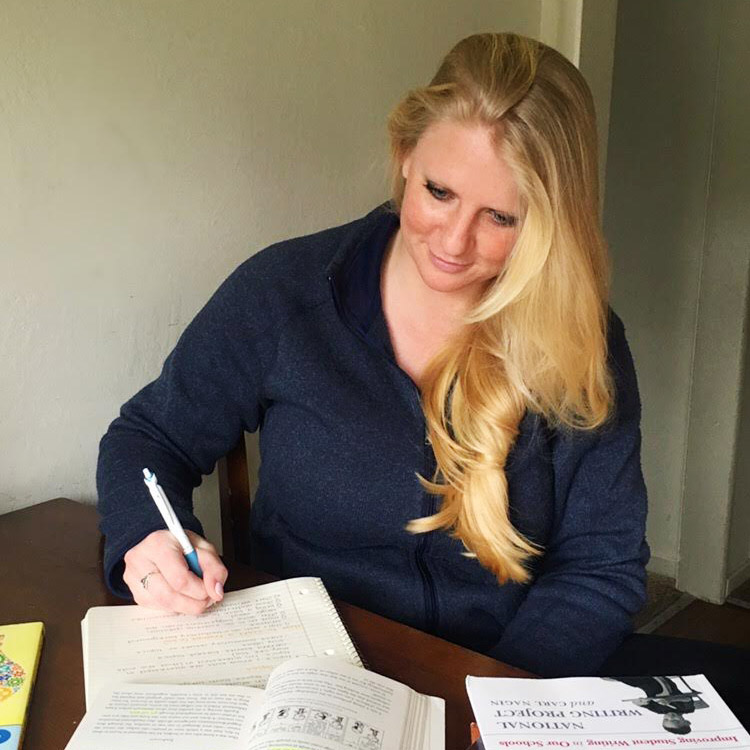 Jenny Haller would like to be able to afford an apartment near the school where she works, eat nutritious meals and go on the occasional vacation.

But Haller, 30, who teaches 3rd grade at Brookvale Elementary School in Fremont, said these things are not possible for a teacher in the Bay Area without a roommate, a spouse or parents who donate money.

“I don’t want to rely on getting married as my solution to my financial woes,” she said.

Haller said she wakes up at 5:30 every morning to make the commute from the one-bedroom apartment in Oakland that she rents for $1,700 to her job in Fremont. A similar apartment in Fremont would be about $2,300, she said.

Those bills include $320 a month for health insurance through Covered California, $360 a month toward her student loan and about $700 for groceries and gas, as well as credit card debt she began accruing when she was a new teacher and couldn’t pay all her bills.

She isn’t on a health plan through Fremont Unified because it would cost between $767 and $1,111 a month for a single person, increasing to nearly $3,000 for a family of three or more.

Haller has paid over $20,000 of her original $57,000 student loan, but still has a balance of $53,000 because her monthly payment doesn’t cover the interest. She said her grocery budget is so tight that by the second week of the month she is eating mostly cheaper, often frozen foods. She sometimes has to go to her mother’s house for a balanced meal.

Even vacations are often out of reach. Last year Haller and her family took a long-planned vacation to Iceland. She is still paying them back for the trip in installments.

To earn extra money to pay off her debt, Haller has worked as a babysitter and a tutor and has taken on odd jobs for family and friends.

Like most young teachers she knows, Haller is considering moving to a school district outside the Bay Area.

“I have a master’s degree,” she said. “I’m doing everything I’m supposed to do. I feel like I’m kind of drowning, constantly trying to stay afloat.” 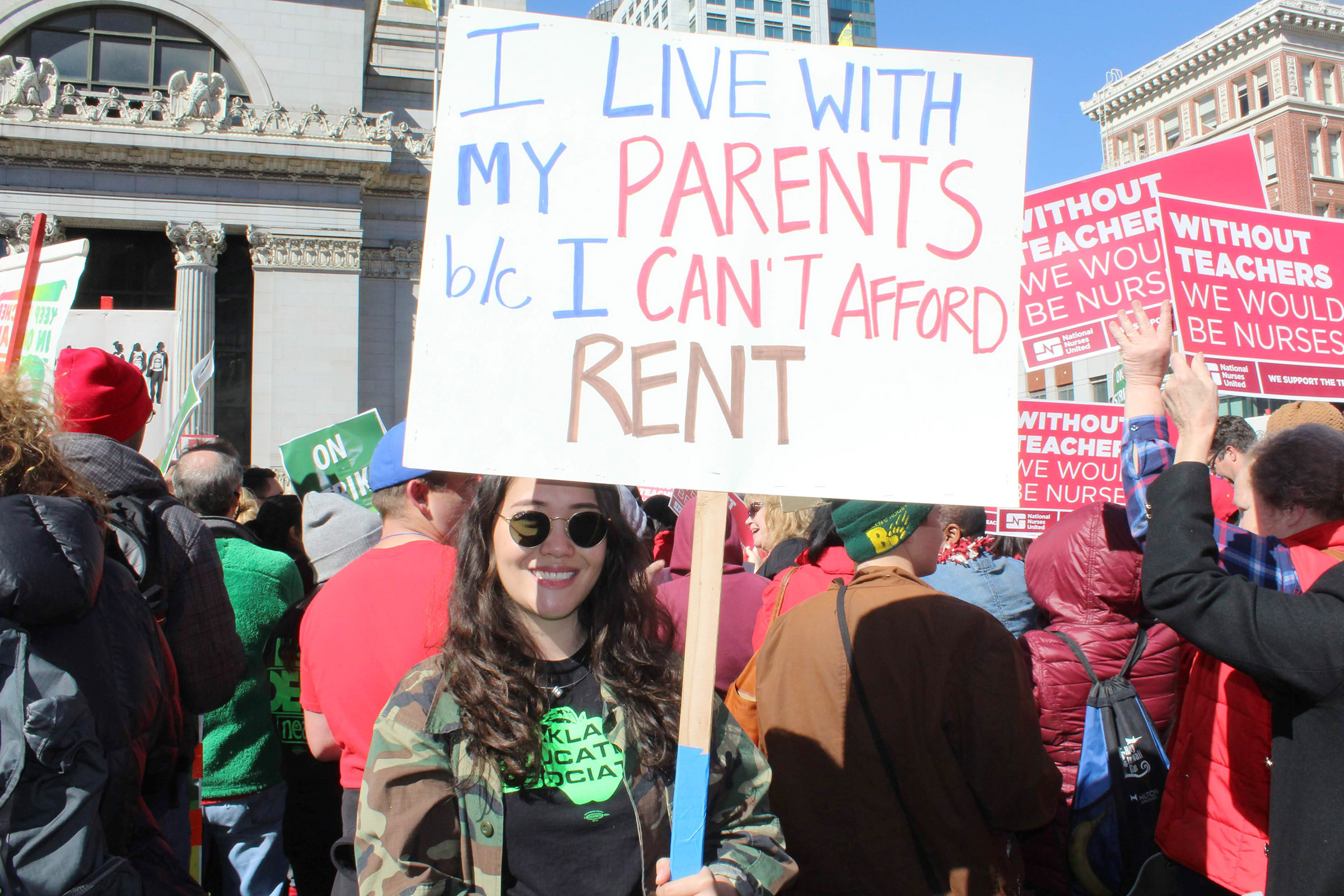 Last year Oakland teacher Laura Jetter decided the stress of being a first-year teacher, living with multiple roommates and paying all her bills on her salary was too much. She moved back to her parents’ Oakland home.

Jetter, 23, also had tired of carpet beetles in her bedroom and the lack of heat in the home she shared with three other teachers in West Oakland. The quarters were tight — a teacher in each bedroom and one in a living room that had been converted into a bedroom. One roommate was even mugged a few blocks from their house.

“It was a culmination of many things, including me feeling like I was paying a lot of money to live somewhere that wasn’t very good,” she said. “I could be using that money for therapy.”

Jetter said she is now in counseling to help her deal with stress and anxiety. She said it has helped her significantly.

Jetter teaches middle school English and Humanities at La Escuelita, a transitional kindergarten through 8th-grade school in the East Lake district of Oakland. Like other new teachers on a preliminary credential, Jetter is on the lower end of the pay scale. She earns $46,500 a year.

A preliminary credential is granted to teachers with a bachelor’s degree, who have completed student teaching, but who still have other requirements they need to complete before earning a clear credential.

While living at the shared house she was paying $850 for credential classes. She also paid $750 for rent, $250 toward her student loans, as well as gas, car insurance and other expenses. She has since finished paying for her classes.

Jetter said she knows teachers with tenure, at the highest salary step on the pay scale, who are working two jobs to pay off their mortgages.

“We have one teacher who works at the front desk at a gym and another works at a grocery store,” she said. “Older teachers will tell you to get out of Oakland.”

Jetter said she may go to law school to focus on labor law.

“I don’t know if I can stay teaching,” she said. “I guess it’s really hard mentally and emotionally to work a job where yes, you get a lot of warm and fuzzies and you feel fulfilled with the day to day job, knowing you aren’t getting paid enough to make ends meet.” 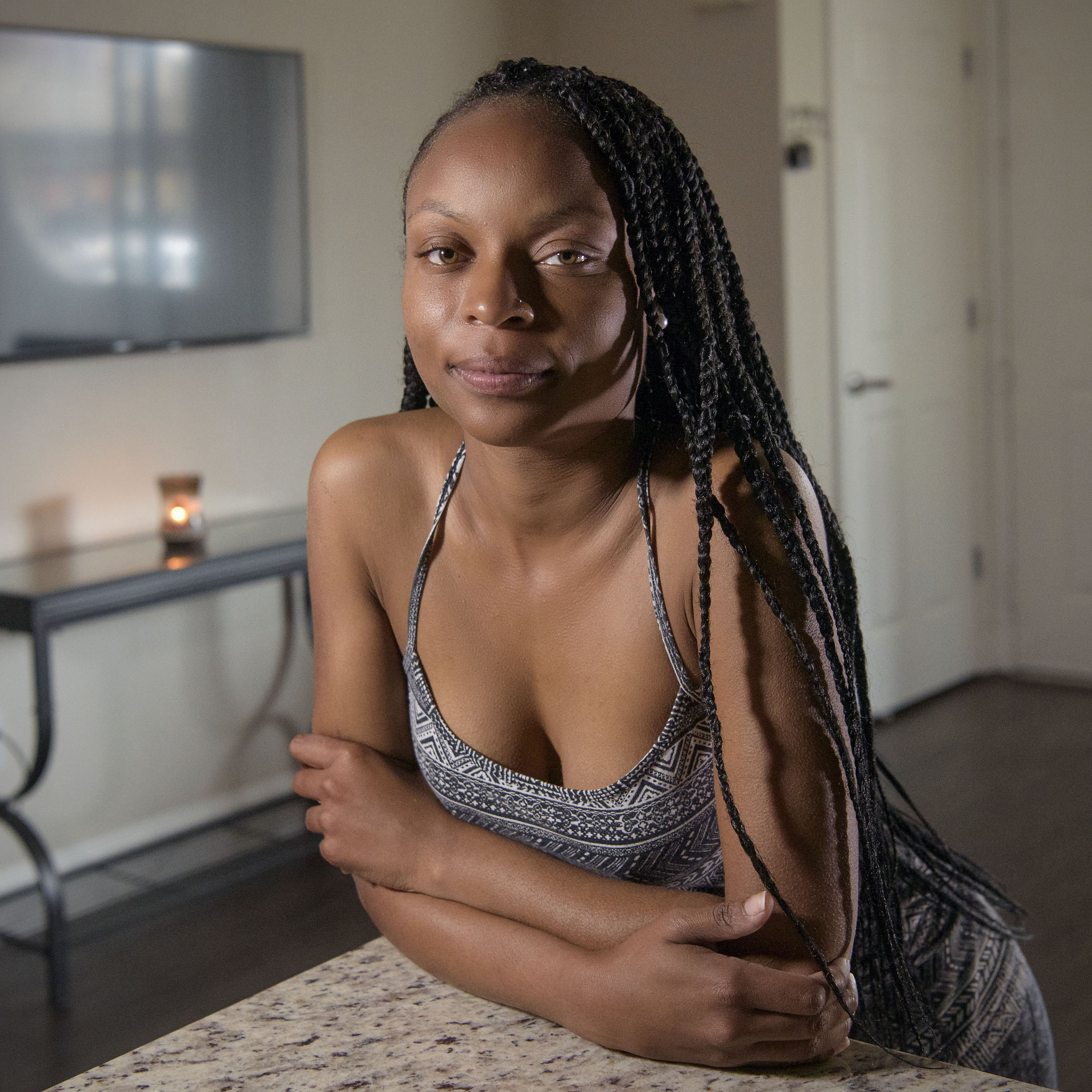 Tonietta Nicholls knew the cost-of-living would be high and the salary wouldn’t be when she accepted the job in Sacramento, but the Texas-credentialed teacher didn’t anticipate the expense of additional classes to earn a California teaching credential.

Now, in her second year at Father Keith B. Kenney Elementary School, Nicholls makes $48,000 a year teaching 1st grade. She struggles to pay all her bills, including the $1,500 a month rent for a 600-square-foot apartment in Natomas and the payment on the car she bought to travel to California. It was even more difficult when she had to pay $700 every eight weeks for her classes, a tab of $2,100 that she is still paying off.

“It’s definitely expensive compared to Texas, where the cost of living isn’t so expensive and teachers get paid more,” she said.

Nicholls, 27, manages to pay all her bills each month, but said she is living like a college student. “I’m left with grocery and gas money, barely,” she said.

There is no money left for college tuition, so she has put her plans to earn a master’s degree on hold for two years.

She had considered moving home, but felt she had too much invested in her new job to leave. Nicholls likes teaching at Father Keith B. Kenney, a smaller school with a diverse student population.

“I love my students,” she said. “I like the community involvement. I already have a relationship with the parents.”

Nicholls said she arrives at school at 6:50 a.m., an hour before school and stays about 90 minutes after every day. “I can’t get a second job because of the school day,” she said. “There is so much extra work. “

Last year some of her coworkers bought houses but they were married and their spouses had lucrative careers. “When I was thinking about my longevity here, I realized I would literally have to be married although I have a degree,” she said. 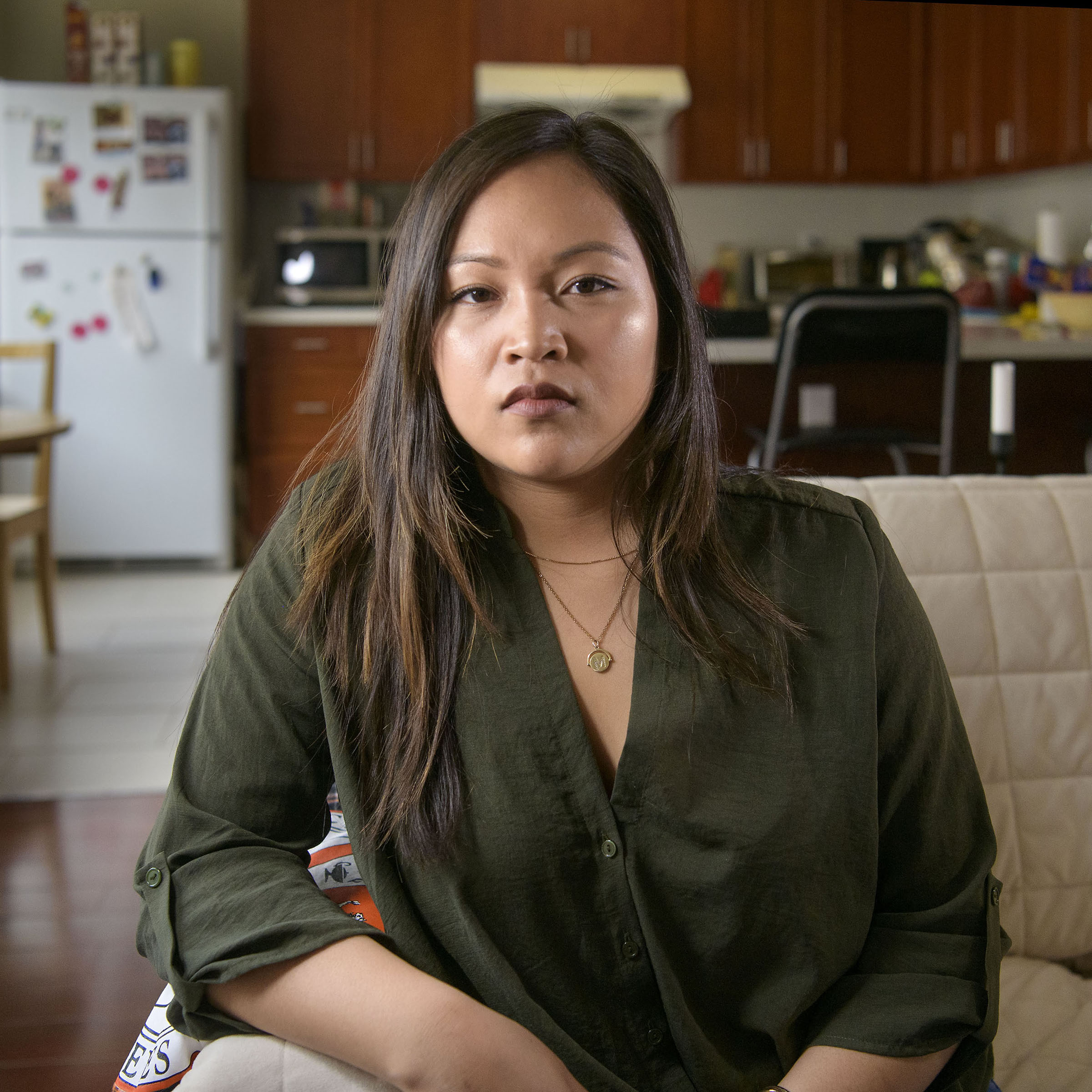 Malia Tayabas-Kim doesn’t ever want to leave Oakland. The 2nd-grade teacher at Garfield Elementary School has found a duplex only a five-minute drive to the school and a quick walk to her parents’ house.

“I am all about Oakland,” said Tayabas-Kim, 29. “I live and breathe Oakland and don’t plan on ever leaving Oakland.” She hesitates. “I get that how committed I am may have to change if I decide to have a baby or get married.”

In that case, she may have to join many of her colleagues who are moving out of Oakland to places more affordable. “It sucks because we lose really good teachers,” Tayabas-Kim said.

She feels lucky, even though she has to share a two-bedroom duplex with one bathroom and a leaky garage. She has an apartment in the Dimond District, where she grew up.

Giving a guest a tour of the apartment, Tayabas-Kim points out the furniture donated by friends and family, the used barstools she and her roommate found online and her proudest possession: a new couch — carefully covered in blankets — that cost her $800.

She makes a little less than $55,000 as a fifth-year teacher with a master’s degree. But it is difficult to pay all her bills, including $1,300 a month for rent and college debt she owes her family.

She is doing all she can to make more money, including taking extra classes to bump up her paycheck and speaking at workshops and lectures to earn stipends. She has “side hustles” — decorating Christmas gift bags for the law firm where her mother works, making ribbon leis for graduation, almost anything to put a little extra money in her pocket.

Tayabas-Kim has had three apartments with three different roommates since she became a teacher. She had to move out of her first two apartments after her roommates got engaged. She moved back home with her parents each time.