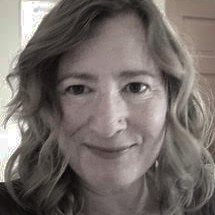 Lee Romney was a contributing writer at EdSource until 2019. After receiving her masters degree from the UC Berkeley School of Journalism in 1992, she spent 23 years as a reporter for the Los Angeles Times, covering the U.S.-Mexico border, immigration, county politics, law enforcement, and Los Angeles County’s minority small business community. She became a roving state reporter in 2001 and two years later joined the paper’s San Francisco bureau. She currently covers education for KALW Radio’s news report, Crosscurrents.

All articles by Lee Romney

Behind the high suspension rates in rural areas are family struggles with poverty, mental illness, addiction and parental incarceration, a dearth of resources to address those needs and underfunded schools.

Many school officials say they feel overlooked, under-resourced and overwhelmed by the needs of their students and families.

Report finds those students lose substantially more instruction time due to discipline than their white counterparts.

Like the boys’ initiative, the goal is to boost cultural pride and academic performance, lower suspension and dropout rates and create greater understanding of the students’ singular experiences and needs.

Study finds African-American students make up just over 5 percent of California’s public school enrollment, but account for nearly 18 percent of suspensions, with black boys and young men accounting for most of those.

An estimated 1 in 4 schools in the state are implementing the approach.

Commission is studying how to make social, emotional, and academic development "part of the fabric of every school."

More than 1 in 10 California students are 'chronically absent'

For the first time, California releases data for every school on students who were chronically absent last year -- defined as those who miss 10 percent or more of instructional days during the school year.

California is part of a national effort to restrict pushing children out of preschool for disruptive behavior.