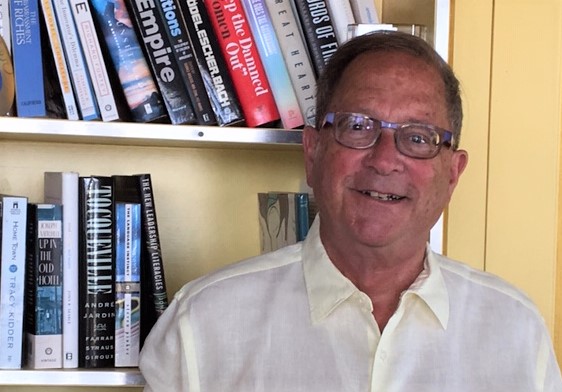 In David Kirp’s new book “The College Dropout Scandal” (Oxford University Press), the UC Berkeley emeritus professor of public policy calls low college graduation rates “higher education’s dirty little secret.” Nationwide, only about 3 out of 5 incoming freshmen graduate within six years. The rate is dramatically worse at some schools in California. He says those statistics result from “a dereliction of duty that has gotten too little public attention.”

EdSource recently sat down with Kirp to talk in-depth about his findings and possible reforms. The interview has been edited for length and clarity.

Why should we care about the dropout rate?

In the most basic way, 40 percent of students who start university drop out. That’s a lot of students. They leave without a credential that would get them a decent job. They are giving up on the (lifelong) million dollar bonus that comes with getting a BA. They are probably in debt. They are less likely to own a home, less likely to have a car and less likely to be engaged in the community. They wind up with diminished trajectories. And we taxpayers are worse off because we are contributing a ton to these students and really not getting anything back on our investment. If you look at it as an ethical question, it’s a big deal. If you look at it as an economic question, it’s a big deal.

In the book, you focus on universities that have succeeded in boosting graduation rates and helping students stay on to finish. What is the common thread among those schools? Is it their philosophies?

I think the common thread is they’ve made student success a top priority. Before I started on this project, I thought every university made students success a top priority. But in fact, that’s not so. A university president has faculty to placate, alums, boards. They are ambitious and want to move up on the U.S. News rankings. And someplace in there, student success gets lost…The schools that made an ethical commitment to do right by their students have presidents who are leading the charge. They are working on what’s keeping kids from graduating. What are the roadblocks?… The overall aim is to make students feel they belong to the institutions, to give students a sense they are valued members of the community.

You focus on improvements, such as texting students to meet deadlines, better financial aid, counseling, study groups and mentors. But the biggest change is revising teaching methods away from traditional lectures to collaborative learning, more personal attention. Won’t that be resisted?

You bet. Everything else the university does is playing around with the periphery of the institution. So it takes leadership that is willing to break a few eggs, leadership with courage. These are institutions with a lot of tenured faculty and getting faculty members to change their behavior is not so easy. You have to rethink the pedagogy. It’s not as though there is one magic bullet…But I do think most professors respond to evidence and most professors want to be good at their jobs. If you say we’ve got resources to help you change the way you teach, I have faith that most faculty members will change the ways they teach.

How do you think California is doing compared to the rest of the country? Graduation rates at some California State University (CSU) campuses remain pretty low. Eleven of the 23 CSU campuses graduate less than 20 percent of those students in four years.

The (California) State University is pushing to improve the graduation rate and they’ve gotten rid of the remedial (non-credit) math. They are bringing students up to speed even as they introduce new college material (in newly designed replacement courses for credit). Those are good moves as long as you say we are not going to let you improve graduation rates by being more selective in admissions, we are not going to let you do it by diluting requirements. You are going to do it by really making the kinds of changes in how the institutions run. Have a look at the improved rates at Long Beach State, San Diego State. None of this requires brain surgery and a lot of it is not expensive.

If all the University of California alums disappeared for a day, we’d soldier on. If all the Cal State graduates disappeared for a day, this state would stop. Traffic lights wouldn’t work, the weather system wouldn’t work, there’d be no one teaching in the classrooms. There’d be no police, fires would just be burning. The Cal States are California. I’m at UC Berkeley, and I think it does a great job and I love it. But if I’m focused on improving graduation rates, I would be working with the Cal States.

What does it take to get college drop-outs to return to school?

If you look at the eight-year graduation rates, they do creep up a bit. Some students return and finish. But many have families, work responsibilities, debt to pay off. It becomes harder and harder. And if they come back, they come as part-time students and part-time students are half as likely to graduate as full-time students. So what should the university do to make it feasible to go full-time? Give them predictable time blocks of courses, say Monday, Wednesday and Friday afternoons for classes. Period. So they can organize their lives…City University of New York is a pioneer in this. They started to provide free tuition, vouchers for books, free public transportation and tons of counseling support.

What about proposals to broaden Cal Grants to cover living costs? Would that help?

It’s a big deal. It’s a very important thing to do. Students are working to cover those costs and helping their families.

But critics say it would cost taxpayers $2 billion a year and that’s untenable.

You don’t have to say $2 billion is too much and therefore we give zero. Why don’t you start with $200 million? You don’t have to cover all students. Start with Pell (grant recipient) students or those who are at the bottom tier (economically). Do an experiment and see if that makes a difference in terms of dropout rates.

What would be a respectable graduation rate?

It depends on the college. With the tools we have available to us, I think we can get the average national six-year graduation rate up to 75 percent. It’s now about 61 percent.

I would love to pay attention to four years because it makes so much better sense from the students’ point of views. But it’s a hard thing to do. You’ve got to spend a lot of effort to make that happen.

A lot of your book is about what colleges should do. But isn’t it the students’ responsibility to set goals for themselves and achieve them?

When students come to college, it’s a big transition. They are on their own for the first time. Some don’t know whether they are going to make it, they don’t know whether they are college material…Students need to learn that it’s ok to admit you have problems, to go to learning centers to get help. They need to know that professors and teaching assistants are not going to bite your head off if you to talk to them. And they need to have a goal in their head. But there needs to be someone on the other side of that conversation. Someone who says if you want to major in X, these are the courses you need to be taking now. If you are having trouble and need to talk to someone, there is nobody out there if the ratio of counselors to students is one to 1,000. It’s a two-way street. Students have to be helped to figure out that they are not dumb.