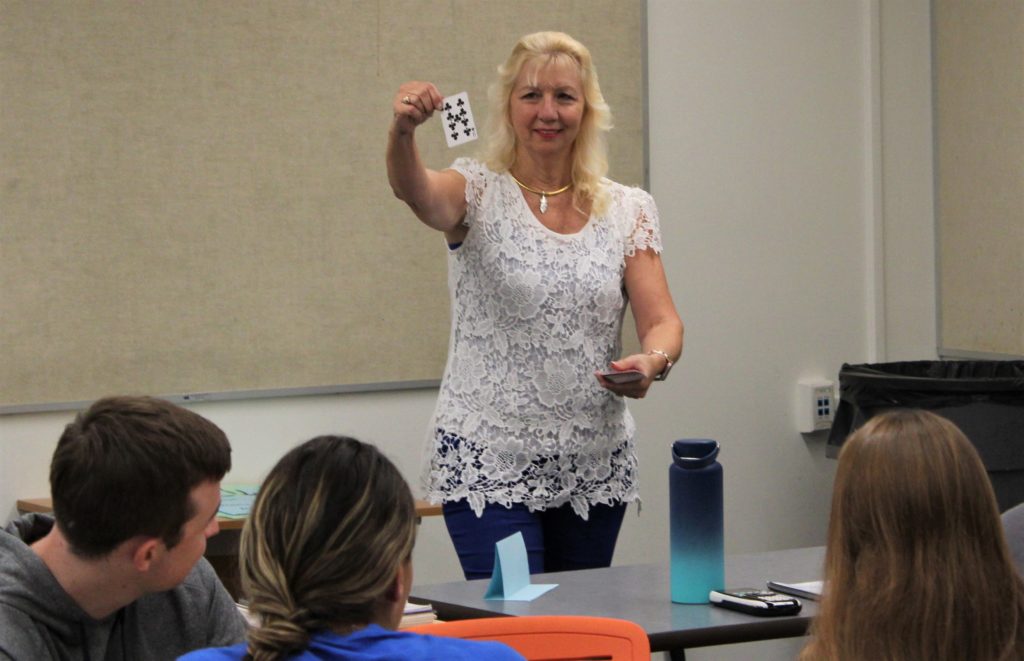 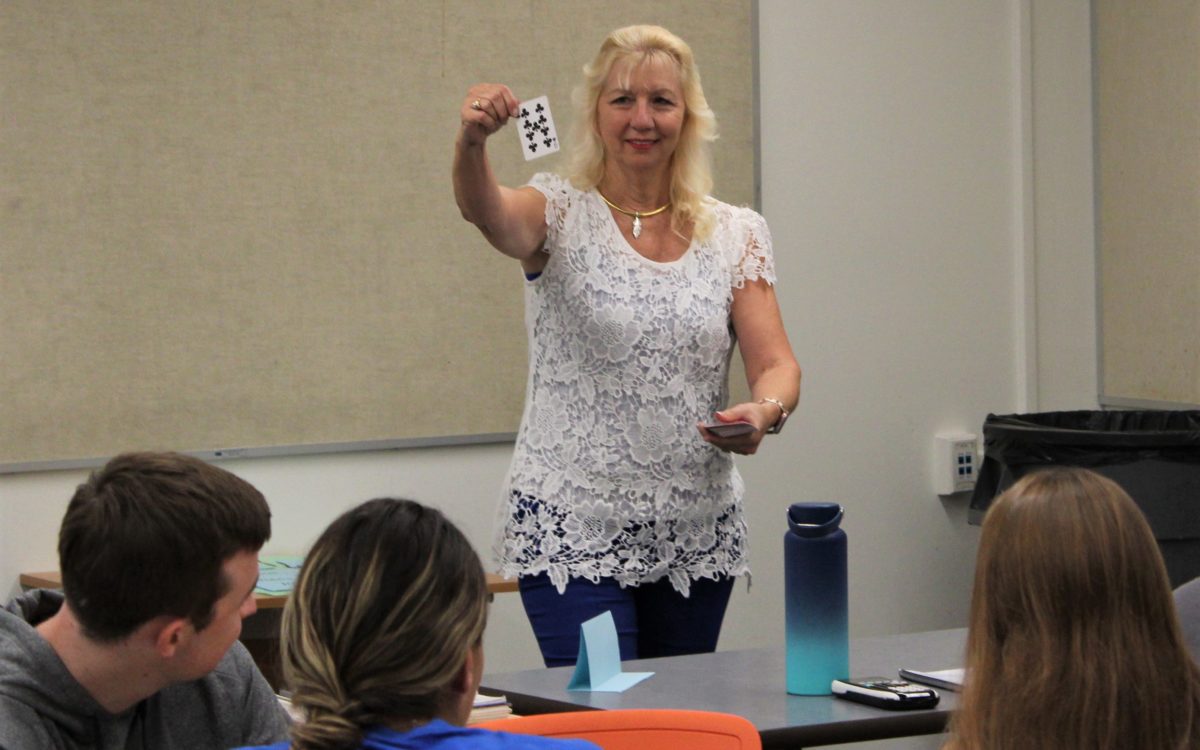 Nica Lampe, a freshman at Cal State Fullerton, didn’t know her math class this fall was part of a revolution throughout the California State University system. She was delighted, however, to reap the benefits: avoiding the now abolished remedial classes that offer no college credit and instead enrolling in a college level course that fills a bachelor’s diploma requirement.

In the past, her high school math grades and weak math skills definitely would have sent her to a remedial course, she said. “I would not have been happy. It would seem like a waste of time, not getting any credit for it but still paying for it” said Lampe, who is studying to be a physical therapist. In contrast, her current introductory Math for Liberal Arts course, by providing extra hours of practice and tutoring for students like her, “makes everything so much easier.”

Editor’s Note: This is part of a continuing series about major reforms in remedial education at California’s public colleges and universities, or what educators now refer to as “developmental education.”  The changes aim to push more students to graduate on time.

She is not alone in her early positive assessment of the dramatic and previously controversial changes instituted this fall that got rid of non-credit remedial courses at the 23 Cal State campuses. To be sure, it is too soon to evaluate the shift without compiling grades at semester’s end and then seeing how students perform in higher level courses. Plus, implementation has not been seamless, with some confusion about assigning faculty and students to the revised for-credit courses, professors say.

Yet in general so far, university officials and even some past critics of the plan are expressing cautious optimism that getting rid of no-credit remedial education, also known as developmental education, will move students toward graduation more quickly without lowering academic standards.

“It’s going very well. So far we have had really good reports from our campuses,” said one of the plan’s architects, James Minor, hired two years ago to be the Cal State system’s “senior strategist for academic success and inclusive excellence.” And while he conceded some modifications probably will be needed in the new program, “the chaos and negative outcomes that were predicted are just not there.”

Students “so far are proving if you give them a high-quality course and a high-quality instructor who believes in them and give them the opportunity to take a college level course, they can indeed be successful,” Minor said.

The changes are sweeping.

Last year about 26,000 freshmen — about 40 percent of the entering class — had to take at least one remedial course, and sometimes more, in English or math or both. About 880 such remedial sections offered last year have been replaced or merged with redesigned classes. The most common are so-called “co-requisite classes” which add review and tutoring sessions and “stretch classes” which extend a one-semester course to two.

While some campuses already had the new-style courses, the system-wide change required much work over spring and summer to train teachers and redesign material. Nearly $12 million was allocated over this year and last for the switch.

Faculty leaders had protested that the scheduled fall 2018 startup was too hasty for the ambitious overhaul and called for a year’s delay. But Cal State chancellor Timothy P. White refused and moved ahead as part of a larger campaign to improve graduation rates. Too many students had gotten stuck in remedial classes and dropped out, he said.

Katherine Stevenson, a Cal State Northridge math professor active in statewide efforts to improve math learning, wanted the delay. Yet now that changes have begun, Stevenson said she was “cautiously optimistic” despite some lingering concerns.

As part of the reform, Cal State dropped its much-dreaded placement test that had sent so many students to remedial courses. Now students’ abilities are assessed by high school grades and by the state accountability and college entrance tests they take during high school.

According to preliminary figures, 11 percent of current freshmen this fall were directed to an English class where they got additional support; 27 percent were placed that way in math. (Those include some required to first complete a summer online or in-person prep course, known as Early Start, often for three weeks.)

The new assessments were a bit chaotic, with students being switched around at the last minute, Stevenson said. And too many underprepared students were deemed ready for the classes that don’t offer extra support, she said. As a result, she decided to allow students in her first year Business Math course to use calculators during exams.

So far, test results are about the same as last year, even though more underprepared students are in the class, she said. Perhaps the calculators are responsible for the success or students are rising to the material, she said: “I’m pleasantly surprised. This is one of those things where the best possible outcome was to be wrong.”

Still, while she does not want remedial education returned, she fears some students around the university won’t succeed under the new system without extra attention.

At Lampe’s math class at Cal State Fullerton, professor Cherlyn Converse teaches the three-credit course as well as a one-credit supplementary section providing review and her personal guidance. During both recently, Converse led lively exercises about probability. Students came up with fractions and percentages of pulling a Jack from a deck of cards or a yellow bear from a bag of several shades.

The Fullerton campus was ahead of some others by already offering co-requisite math in recent years. Converse’s course has the added feature of posting lessons and exercises online in advance of face-to-face classes.

In the past, the course “was a bottleneck” for students who tried to fulfill degree requirements but could not overcome poor math skills and study habits from high school, she said. Then a pilot this past summer with supplementary sections improved performance and so far this fall, no one is failing. “I’m very encouraged,” Converse said.

One of her students, Gabriela Garcia, described herself as the type of student the new courses benefit. A fourth-year sociology major, she had to take remedial math as a freshman and then failed her first for-credit math class and got an unacceptable D the second time. She was placed on academic probation and lost financial aid for a while, she said. So this fall, in a do or die effort, she signed up for Converse’s class and is doing well. “I’ve been struggling for years and now I’m really happy and finally feel I am going to pass,” said Garcia.

Cal State San Marcos math professor David Barsky, who chairs the academic preparation committee for the statewide faculty Senate, said he too had worried about the speed of the changes but now sees some positive results. In past quantitative reasoning courses, most students seemed to be either “entirely with me or entirely lost.” Now he has noticed improvement with the extra help in the new co-requisite course: more students are “following large parts of what we are doing although not mastering everything.”

Still, for those with very weak math skills, even a co-requisite course “may be asking them to cross a bridge too quickly and they may not get there,” Barsky said.

Faculty report complications at some campuses this fall shifting instructors from remedial courses to new ones and hiring or in some cases not re-hiring lecturers. But Minor, the system official, said there is no “evidence at all of some massive job losses as a result of these policy changes.”

Moreover, some faculty have said privately that they fear that administrators may push them to make the new courses easier — to bolster pass rates and ultimately graduation rates.

Cal State recently announced upticks in graduation rates. Among students who entered as freshmen, those who finished within four years rose from 22.6 percent last year to 25.4 percent this year. And the rate of those who graduated within six years or less rose from 59.2 percent to 61.1 percent.

Minor insists there is no dumbing down. “In no way shape or form is the expectation that the academic quality or rigor of the college level courses will be changed, altered or modified,” he said.

What has changed, he added, is “the approach to help students meet the outcomes for those courses.”