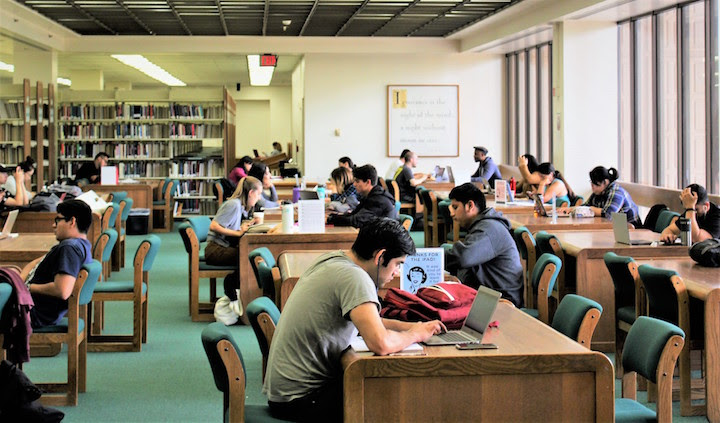 The commission that administers Cal Grants, the core program of California’s college financial aid system, threw its support Thursday behind sweeping plans to expand access to those grants and provide more money to the students who receive them.

The California Student Aid Commission, which oversees the state’s financial aid system, voted unanimously to endorse a package of changes that estimates say could provide Cal Grants to more than 200,000 additional students.

The commission also endorsed a fundamental change in the Cal Grant program that would shift its focus from primarily covering low- and moderate-income students’ tuition bills to helping them afford housing, transportation and other expenses that make up the full cost of attending college.

The California Community College System Board of Governors endorsed similar changes to the Cal Grant program in October.

Two Assembly members have said they plan to submit a bill next year to revamp the Cal Grant program and increase the aid amounts to cover living expenses. Whether the plans the commission and community college board endorsed become reality will depend on the Legislature’s actions.

And if the changes are to come about next year, it will require Governor-elect Gavin Newsom to allocate to Cal Grants in his first state budget proposal in January a substantial share of the $14.8 billion in additional funding available for the state’s budget in 2019-20. The exact amount needed is unclear and will depend on the details of any changes that are made in the Cal Grant program. But the commission’s estimates indicate it could require nearly doubling the $2.2 billion California already spends on the grant program.

“The financial aid system that we have today, while generous relative to many other states, is insufficient for what our students need to be able to move to and through college,” commission chairwoman Lande Ajose told EdSource.

“There is nothing inexpensive about reforming our financial aid system,” Ajose said. “It’s a big-ticket item, but it’s also a big-impact item.”

It is unclear what role governor-elect Newsom may play in pushing for an overhaul of the Cal grant. A Newsom spokesman did not return a message seeking comment on the plan Thursday afternoon. But Newsom pledged as a candidate to bolster the financial aid system by increasing the number of Cal Grants the state provides as well as the size of the awards, with a focus on the full cost of attending college.

The commission’s executive director, Lupita Cortez Alcalá, could also advocate for the plan when she joins newly elected State Superintendent Tony Thurmond as his chief deputy superintendent in the California Department of Education next year.

University of California System President Janet Napolitano and California State University System Chancellor Timothy White were cool on the proposed overhaul, however. In a letter to the 15-member commission, Napolitano and White supported increasing the size of the Cal Grant that helps students pay for living expenses, but said further changes need more analysis.

“It’s been a program that has been focused, by and large, on helping students cover tuition charges,” said Debbie Cochrane, executive vice president of The Institute for College Access and Success, a higher-education research and advocacy organization based in Oakland. Other costs, Cochrane said, “are often the real barriers that keep people from succeeding in college once they pay that tuition bill.”

The commission voted Thursday to “remove or reduce” eligibility barriers, such as by eliminating the rules that make students ineligible for the guaranteed award based on their age, how long they have been out of high school and their grade-point average while in high school.

To address concerns about cost-of-living expenses, the student aid commission endorsed a more limited plan earlier this year that would increase the size of the award students receive to cover non-tuition expenses, from $1,672 currently awarded to $3,000 in 2019-20. The state would also need to provide new funding for that change to take effect.

Eliminating the limits on who is eligible to apply for the guaranteed grants while increasing the cost of living award would require $1.94 billion in new funding for the Cal Grant program each year, according to commission estimates.

But the commission went further on Thursday in its call to reorient the Cal Grant around the cost of attending college, rather than the price of tuition. The plan it endorsed would start with the total estimated cost to attend each year of college, including expenses such as housing and food. From that, it would subtract three ways students can help cover their expenses: Grants from the federal government, how much students’ parents can pay based on a federal formula, and a limited amount each student can contribute to their education. Whatever cost is left over would be covered by a Cal Grant.

How much that proposal would cost the state depends on how much it expects students to chip in. One commission estimate, based on an expectation that students could contribute $7,000 toward their education each year, placed the cost of the change at $2.1 billion, bringing the total cost of the Cal Grant program statewide to more than $4 billion.