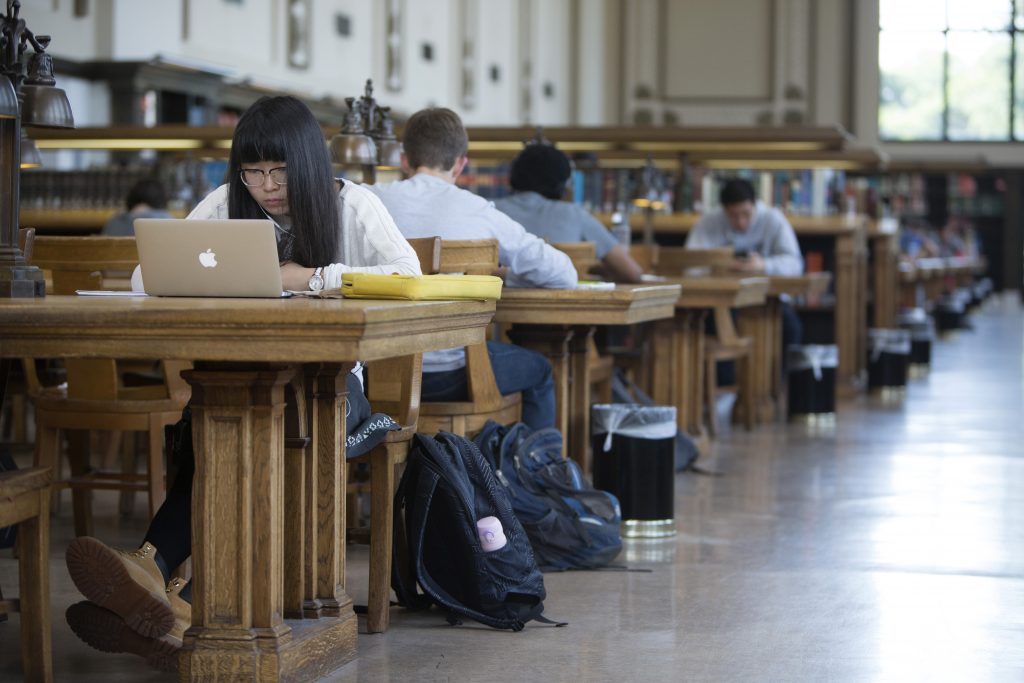 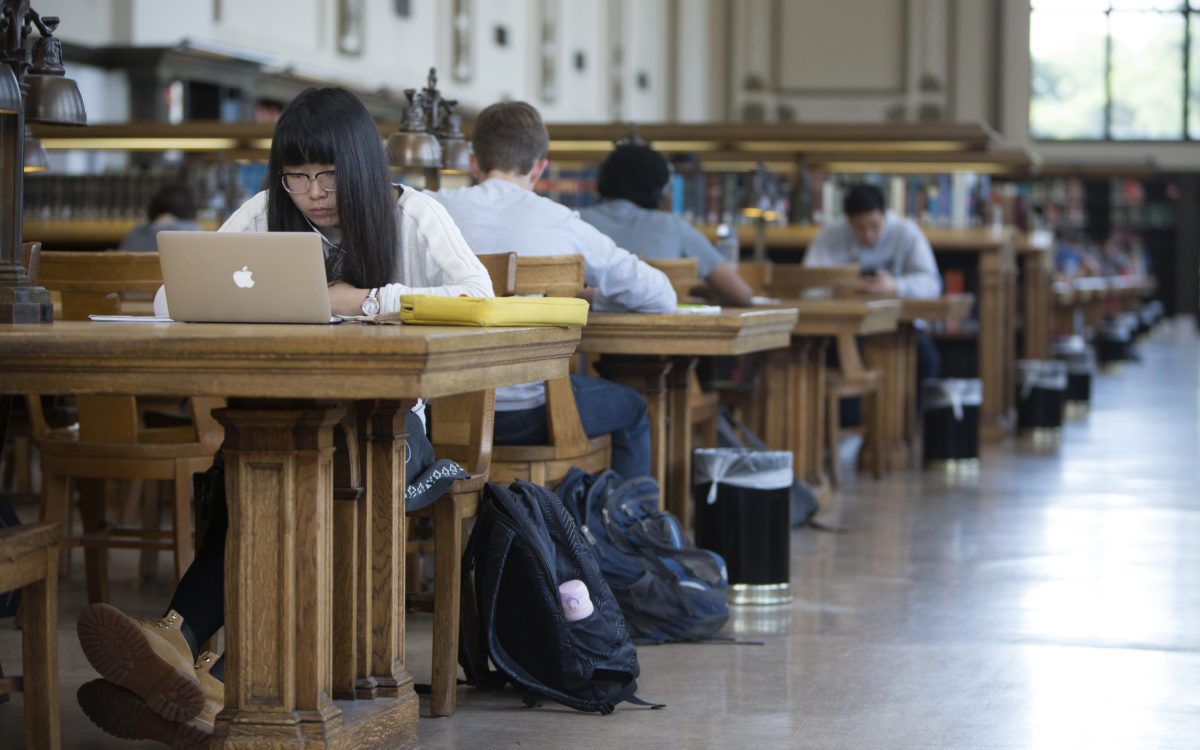 Alison Yin for EdSource
UC Berkeley students in Doe Library on campus. Many receive Cal Grants in addition to federal and UC aid.

Alison Yin for EdSource
UC Berkeley students in Doe Library on campus. Many receive Cal Grants in addition to federal and UC aid.

Cal Grants are the foundation of state-funded financial aid for California students who attend college in the state. Aimed at low-to-moderate-income families, they are thought to be among the most generous in the nation and can cover big chunks of the cost of attending a community college, a California State University or University of California campus, an eligible private campus or a vocational program. Their importance is sometimes lost on families because Cal Grants are usually packaged with aid from several other sources, including federal Pell Grants, institutional grants from the schools themselves and, if needed, loans. But their scope is enormous, with about 329,000 students receiving them in 2016-17 and the state’s total spending on Cal Grants last year totaling $1.9 billion.

How large are the Cal Grants and do they have to be repaid?

Cal Grants come in different varieties and sizes depending on the school, the students’ income and their Grade Point Average (GPA). The amounts usually rise with tuition at California’s public colleges and universities. So the maximum award in 2017-18 will be $12,630 at a UC, $9,084 at a private non-profit college, $5,742 at a CSU and $1,672 at a community college. (In some cases, for very low-income students at UC and CSU, an additional $1,672 may be available for living expenses and books.) The overall average Cal Grant was about $5,700 last year, according to the Student Aid Commission, which administers the program.

As the name implies, they are outright grants and do not have to be repaid — even if a student never graduates.

How can I apply for one?

Most students do not have to file a separate application for Cal Grants. By completing the Free Application for Federal Student Aid (FAFSA), they are automatically given a review for Cal Grant eligibility, as long as the commission receives a school-verified GPA record. The FAFSA needs to be submitted every year, for entering freshmen, returning students and transfers. Undocumented students, however, are not allowed to use FAFSA but are eligible for Cal Grants through a separate “California Dream Act” application.

What about income levels and grade point averages?

The size of the awards are linked to family income and assets. For Cal Grant A, commonly used at UC, recipients’ average family gross adjusted income before taxes is $47,531, although eligibility ends at $95,400 a year for a student from a family of four. However, large assets (excluding the value of primary homes) may disqualify students at a lower income. For the Cal Grant B, most common at community colleges and CSU, the average family income is $20,249 and the ceiling cap for a family of four is $50,100.

What about Californians using them for colleges out-of-state or students from other states coming to attend California campuses?

A big NO on both. The grants can be used for education only within California. So a student from Oakland who attends the University of Arizona cannot take a Cal Grant to Tucson. Similarly, an Arizonan attending UCLA would not receive a Cal Grant either.

Are there any limits on the numbers of Cal Grants given out?

That is a complicated answer involving a no and a yes. Generally there are no caps on the number of awards for students who meet the deadlines and apply no later than a year after high school. Those are known as entitlement awards. But if students delay starting college beyond that year, they are put into the relatively small pool for so-called competitive Cal Grants; only 25,750 new competitive grants are funded each year and more than 300,000 eligible students applied for them. A recent study by Californians for College Affordability, a coalition of college access and civic groups, urged that the rules and funding be changed so that many more of those students obtain the grants.

And another limitation: Cal Grants have a cap on renewals. Funding is generally provided for four years in school unless a student is enrolled in an undergraduate program that requires five years, such as some in nursing, architecture and engineering.

Is the fight about funding for private colleges settled?

Yes, for this year at least, and the winners are Cal Grant recipients at 90 or so private colleges and universities in California. Gov. Jerry Brown originally wanted to cut the maximum 2017-18 Cal grants for new students at those schools by $1,028, or 11 percent. About 28,000 California students now receive those grants. But the colleges lobbied hard against his idea and Legislature also balked about the proposed cut. Brown then relented. So the maximum Cal Grant at private schools will remain $9,084.

What about undocumented students? Are they treated the same as U.S. citizens for financial aid?

In 2009, the state Legislature created a pathway for undocumented students who graduated from California high schools to receive Cal Grants. Although the application is separate from the usual FAFSA, the awards are the same sizes and carry many of the same income and grade point average rules as the traditional Cal Grants. Then last fall, the election of Donald Trump as president caused a significant but temporary drop-off in applications for Dream Act grants as students and families worried that any personal information might be used against them in a feared crackdown on immigrants. California officials insisted the data would be kept confidential and began a public information campaign trying to calm those fears and encourage applications. That seemed to work. By the March 2 deadline, the number of applications for new and renewal Dream Act grants totaled 35,882, about 5 percent more than the previous year.

However, undocumented students are not eligible for federal Pell Grants or federal loans, which are other important sources of aid.

Are there changes ahead?

Officials concede that the various types of Cal Grants and the eligibility criteria may be confusing to the public. So the Student Aid Commission is planning later this year to start to study ways to consolidate and streamline the programs.  Stay tuned.