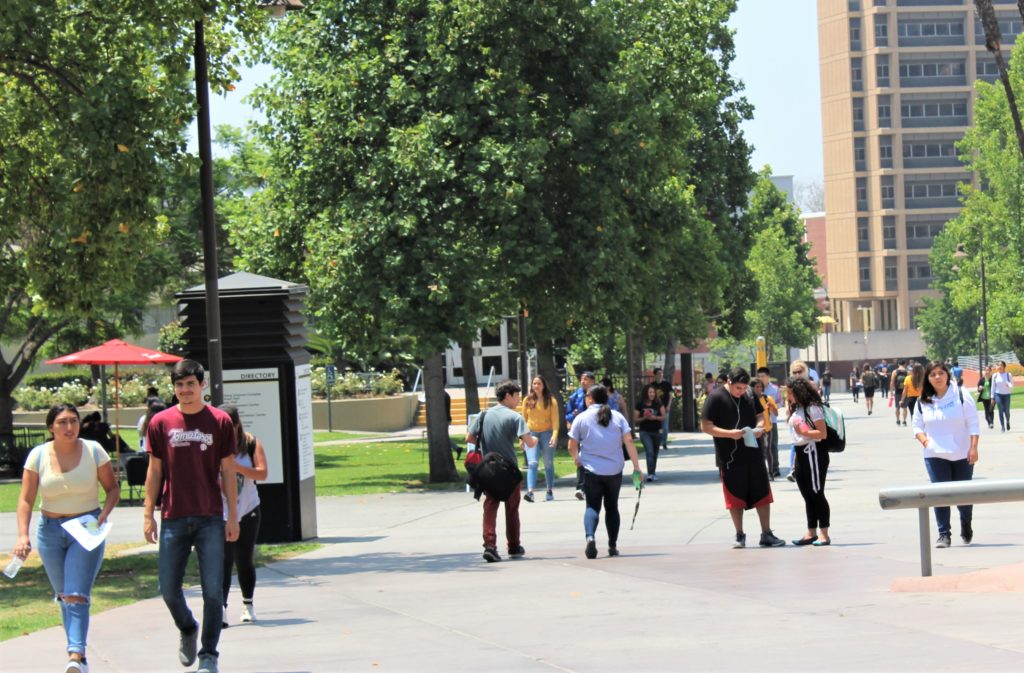 Four-year finish rates vary among campuses, from 9.5 to 52.5 percent. 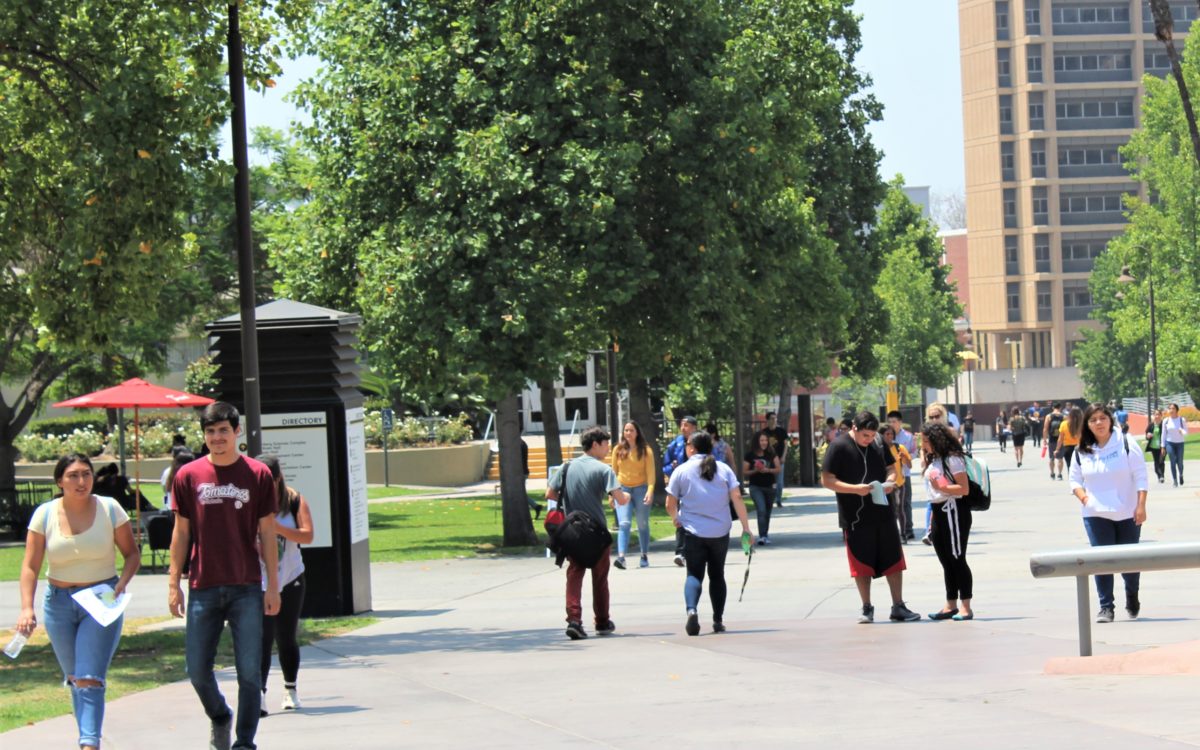 While the California State University has boasted about improved systemwide graduation rates, new statistics show a more troubling picture at many of CSU’s 23 campuses.

Some campuses lag far behind in the expensive initiative to sharply improve graduation rates by 2025 and face what one high-ranking administrator called “a heavy lift” to get many more entering freshmen to finish within four years.

For example, 11 campuses still graduated less than 20 percent of the students who entered as freshmen four years ago. In an unpleasant surprise, four campuses actually saw their four-year graduation rates decline a bit in 2018. And at 13 campuses, less than 60 percent of freshmen finished after six years.

To be sure, notable progress was made in some categories and at about half of the campuses as course sections were added, new faculty and counselors were hired and students were pushed to take a full 15 unit load of classes each semester. Since most of those efforts began just two years ago and are still gaining momentum, officials say it will take a while for graduation numbers to more fully reflect the various changes and the $150 million spent on them so far.

And beyond more funding and improved counseling, campuses say shifting attitudes among students and faculty from “take whatever time you need” to one of “finish in four” will in itself not happen overnight.

The stakes and spending are high for the CSU’s “Graduation Initiative 2025.” The $150 million provided by the state budget over the past two years has funded 4,300 additional classes, among other initiatives. Gov. Gavin Newsom has proposed an additional $45 million for 2019-20 and the CSU hopes to keep that money flowing in years ahead.

But vast differences remained among the campuses, with four-year rates ranging from 9.5 percent at Los Angeles to 52.5 percent at Cal Poly San Luis Obispo. Rates were overall much higher for students who graduated within six years and for transfer students.

Jeff Gold, the CSU assistant vice chancellor for student success, said he feels confident that the system will be able to hit the overall goal of 70 percent for its six-year graduation rate by 2025. Improving the four-year rate to the 40 percent target will be “a heavy lift” — yet is doable even if progress won’t be consistent at every school or ever year, he said.

Less well-known is that each campus has been assigned its own 2025 goals. Those four-year targets range from 30 percent to 71 percent. Six-year goals spread from 55 to 92 percent.

View graduation rates and goals for all 23 CSU campuses here, for both transfer students and students who began as full-time freshmen.

Those different assignments were based on the school’s starting points when the Initiative began in 2015, their student bodies’ socio-economic profiles and comparisons to similar institutions nationwide, according to Gold. While campuses face no explicit sanctions if they don’t meet targets, establishing such goals was important, he said: “I believe firmly that if we had not set the goals, if we weren’t ambitious and we did not challenge the campuses, they probably would not be focusing on that.” Gold said he is proud of the campuses’ work to improve student success and said CSU is “going to continue to see really good things, especially on campuses that have more room to travel.”

To keep improving graduation rates, registration technology and advertising campaigns more strongly encourage students to take 15 units per term, officials said. (That load, in theory, would allow them to finish in four years.)

Another important systemwide change was getting rid of no-credit remedial courses, replacing them with classes that carry credit and including extra hours and support if students need the help. Since that was fully implemented only this past fall, officials say positive effects on graduation rates won’t be felt for a while.

The improvements were helped by adding sections of “bottleneck courses” such as accounting and chemistry that are required for some students but had waiting lists, according to deputy provost Carl Kemnitz. As a result, waiting lists have been reduced to a third of what they were, he said.

In addition, with more counselors, advising centers were placed in more visible and convenient locations. “Students pass the centers on way to classes. They can’t avoid them,” Kemnitz said.

When the Initiative began, San Jose State administrators thought the four-year goal was “going to be a real stretch” and more aspirational than attainable. But now, Kemnitz said: “I feel confident we will meet it.”

In contrast, CSU Bakersfield’s shift of its academic calendar from three quarters to two semesters in 2016 was blamed for a decline in graduation rates. The campus had the biggest drop last year in the four-year rate, from 16. 2 to 14.7, although its six-year statistics rose somewhat to 42.1 percent.

That scheduling change was “incredibly disruptive,” requiring courses to be redesigned and confusing some students about what classes they needed, according to Vernon Harper, Cal State Bakersfield’s interim provost and vice president for academic affairs. The campus, he said, is “certainly concerned” about the graduation rate drop but he said he “fully believes we will rebound” next year and in the future.

Many CSU Bakersfield students juggle studies with jobs and “are coming from an environment in the Central Valley that has some economic challenges,” Harper said. So they may be reluctant at first to enroll for the full 15 units a term.

Among the campus’ reforms is a new system that automatically assigns incoming freshmen 15 units of classes per semester with the option of reducing if needed. It has been applied to about a third of freshmen and will be expanded. With the automatic assignment, students “see 15 units as normal, not abnormal,” Harper said.

Other steps include more courses offered during the winter intersession for bottleneck courses.

Harmandeep Bains, a sophomore nursing student at Bakersfield, previously had been placed on wait lists for a psychology course she needed. She wound up taking it online during the recent winter intersession and hopes that will help her graduate in four years. “That’s my goal. So I can get into the workforce and, if need be, to further my education,” she said.

At Cal State Los Angeles, provost and vice president for academic affairs Lynn Mahoney described the 9.5 percent four-year completion rate for freshmen as “unacceptable” and far from the 30 percent goal despite a small gain. “We have a lot of work to do and we know it,” she said. In better news, the six-year rate of 48.5 is edging up to the 55 percent goal.

The campus calendar shifted there as well two years ago and slowed down progress on graduation rates. But meanwhile, she said, faculty no longer expect most students to take a light course load so they can work off campus or take a slower pace. A new push at orientations to enroll students in 15 units a term is paying off, with average freshman load recently rising from 13.8 to 14.7 credits, Mahoney said.

“We are working to change the culture,” she said. And by improving counseling and adding online tools for students to plan their set of courses, the campus seeks to “remove institutional barriers.”

LeAnn Zuniga, a senior at Cal State Los Angeles, expects to graduate this spring after four years, an achievement that will put her in a small minority there. Like many fellow students, Zuniga is the first in her family to attend college and her parents could not help her plan her courses. Yet, the geology major is on track to finish on time mainly because she received priority to register for courses through an honors program and often took more than 15 units a semester. Many classmates will spend extra years because they couldn’t land seats in overcrowded courses and most have jobs and family responsibilities, she said.

“I don’t think it’s a problem of motivation or students wanting to slack off. It’s a matter of personal life getting in the way,” said Zuniga, who is applying to graduate school in hydrology with the possible goal of becoming a professor.

Transfer students across the CSU improved their graduation rates and showed better rates than freshmen. Transfers’ completion numbers usually are measured after they spend two years and four years at CSU.

At CSU Bakersfield, where 41.5 percent of transfers finish in two years, Isaac Portillo expects to do so this spring. An agricultural business major who also works close to full-time, he said he appreciated being able to take the winter term psychology class, helping him graduate on time. “I want to finish so I can focus more on my career,” said Portillo, who wants to be a pest control adviser.