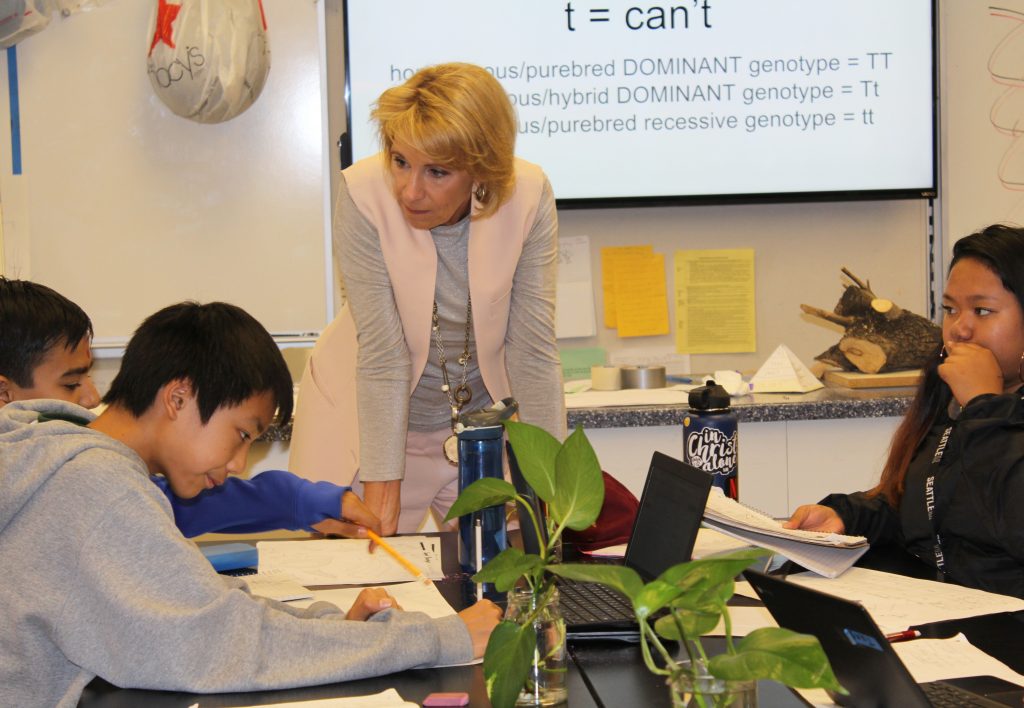 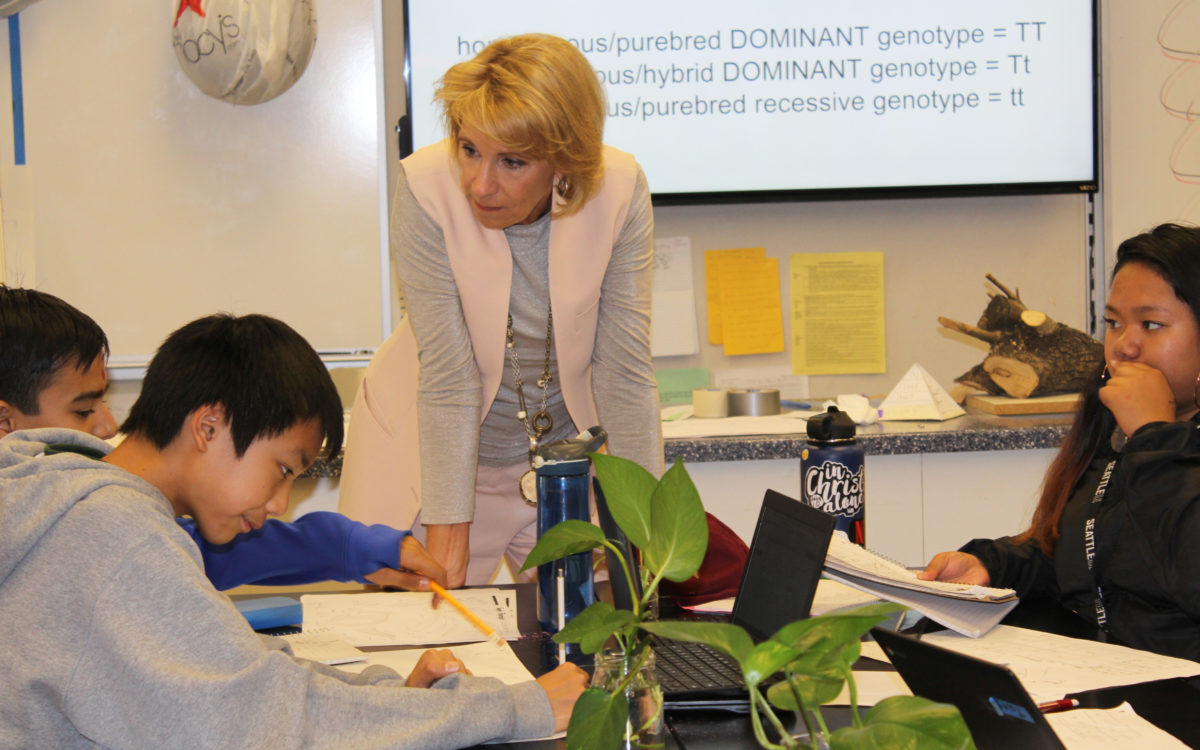 The State Board of Education will likely approve yet another set of revisions to California’s plan to comply with the federal Every Student Succeeds Act at its meeting in Sacramento next week — and this time state officials are “very optimistic” that the plan will finally get U.S. Secretary of Education Betsy DeVos’s signature.

The optimism stems from a June 29 letter from Jason Botel, one of DeVos’s top lieutenants, stating that the most recent draft of the plan “appears to meet all applicable statutory and regulatory requirements,” and “I intend to recommend that Secretary DeVos approve the plan.”

If she does, it would end a nearly year-long ordeal during which California twice saw its plan rejected by the U.S. Dept. of Education. The state is currently one of only five whose plans have yet to be approved by DeVos.

In the plan, state officials describe how they will improve California’s lowest-performing low-income schools in return for about $2.4 billion in federal funding for low-income children, teacher training and services for migrant children and English learners.

The Every Student Succeeds Act, which received bi-partisan congressional approval in 2015 to replace the widely criticized No Child Left Behind Act, requires states to identify the lowest-performing 5 percent of their low-income schools, of which there are about 300 in California. Federal money can be used for “comprehensive support” of those schools.

The state also must identify schools with specific student groups performing at the same level as the lowest performing schools. These schools, which could number in the thousands in California, will receive “targeted support” that can be paid for with federal dollars.

The law allows each state the freedom to choose how to improve student achievement, but its plan for doing so must get federal approval. California first submitted its plan last September, but the feds rejected it in December on grounds that it lacked precise goals for improvement and clarity on how the state would hold schools accountable for making progress.

State officials re-submitted the plan in April, and then were surprised by another rejection in early June. But this time the reasons for the rejection were more technical or “ticky tacky” and do not materially change the plan submitted in April, said David Sapp, deputy policy director and legal counsel for the state Board of Education.

The most significant of those changes has to do with the number of years of low performance by one or more student groups that would qualify a school for targeted support.

In the plan state officials submitted in April, a student group would have to perform in the bottom 5 percent for three out of four years to be identified for targeted support, which aligns with how the state plans to identify consistently low-performing schools through its new accountability system, known as the California School Dashboard.

However, since the Dashboard has been up and running for only two years, federal officials rejected the three-out-of-four-year criteria. The revised plan calls for schools to be eligible for targeted support after two consecutive years of low performance. This means low-performing schools will be identified during the coming school year rather than in two years.

“We were pleased to work with [the Department of Education] and get all the outstanding issues resolved; and receive the letter that confirmed the department staff will recommend approval of the plan to [DeVos] with these revisions we are bringing to the board for approval,” Sapp said.

The state Board of Education meeting is scheduled for July 11 and 12.