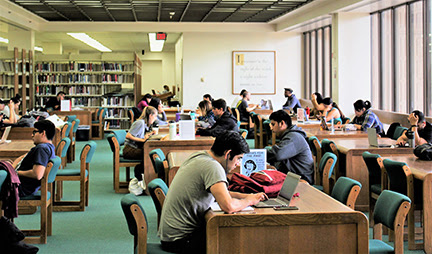 Gov. Jerry Brown took a carrot-and-stick approach Friday to ensuring that the University of California and the California State University systems do not raise their undergraduate tuition for in-state students. He offered $200 million in extra money for campus maintenance and repairs, but threatened to cut other funding if the universities increase tuition and trigger automatic rises in state aid for students.

In the May Revision of his budget plan for the coming fiscal year, Brown also stood firm behind two controversial proposals he has made for the state’s 114 campus community college system — tying some funding to student academic success and creating an online community college. At the same time, he made some key changes in both proposals in response to criticisms and input from a range of educational leaders and interest groups.

Brown insisted that his proposal to give UC and CSU each an extra $100 million for maintenance of university facilities would be one-time allocations, and the university systems should not count on them for future budgets.

As it did in a January version, Brown’s budget also offers 3 percent increases in operating funds to each of the systems. That is well below what the university leaders have said they need.

Leaders of the 23 campus CSU system already have already said it will not raise tuition in 2018-19 for in-state students, no matter what happens as Brown and the state Legislature hash out a final budget in the next few weeks.

UC has postponed a decision on whether to raise tuition for at least a month, taking it off the Board of Regents agenda later this month. But it has not ruled it out altogether.

Asked at his press conference about possibly boosting university funding beyond the funding he has proposed for maintenance costs, Brown struck a cautionary note, emphasizing that he wants most of the state’s expected $9 billion surplus this fiscal year placed in a rainy day fund that would help the state get through its next budget crisis.

“I’m open to realistic proposals that live within the conditions we have to face, which is we are on the peak and we are about ready to head down into the valley,” he said, referring to his contention that tax revenues could drop soon when an inevitable recession hits the state.

The California Community Colleges meanwhile would receive a $137 million bump in state support compared to what Brown included in his January proposal.

He is also moving ahead with his high-profile proposal for an online community college, despite opposition from leading faculty organizations and skepticism from some lawmakers who believe the state should fund online education efforts already underway at existing community colleges.

The planned college would provide job certifications that take a relatively short time to complete and be tailored to the millions of California adult workers whom Brown has called “stranded workers” — those who lack a college degree or certificate and, the administration says, the skills needed to advance in the job market and increase their incomes.

To address concerns that the online college would not be accredited initially, Brown’s budget revision proposes using the California Workforce Development Board to ensure the courses “have job market value.”

Chris Ferguson, a member of the state Department of Finance, said Friday that the college would reimburse students their tuition payments if “these programs do not lead to a successful outcome” or “the college was not able to be accredited.”

“We want to ensure that there is consumer protection,” said Eloy Ortiz Oakley, chancellor of the  community colleges system.

In conjunction with the updated budget, the community college system announced Friday a second proposed course program for the online college, this one geared to information technology workers. Expected to take less than a year to complete, the certificate would prepare workers seeking jobs in office computer systems support, as well as internet networks. Major employers like IBM and the labor group SEIU 1000 will provide input on the courses.

The online college’s other career pathway will focus on certificates in medical coding that would take about 18 months to complete, officials said.

The May revision also makes key changes to Brown’s sweeping January proposal to tie some community college funding to student outcomes, including how many students earn degrees, certificates or transfer to a university.

They closely follow the recommendations Oakley sent this week to the Brown administration that relied on input from college presidents and focus groups. “We think that the Department of Finance and the Governor incorporated all of the major pieces of input from the field, so we’re very appreciative about that,” Oakley said.

Brown’s revised budget calls for a smaller portion of community college funding be tied to student outcomes — 20 percent, rather than the 25 percent proposed in the January version. Unlike the plan he proposed in January, Brown’s May revision would also reward colleges for the success of students who are low-income.

It also expands the list of academic milestones by which colleges’ performance would be measured to get the additional state funding. These include the number of students who obtain a job that offers a living wage after they have completed their studies, pass college-level math and English courses in their first year, complete their degrees and transfer to four-year institutions.

Ferguson said the additional funding would provide an incentive to colleges to assist students in meeting their educational goals.

As for UC and CSU, Brown’s plan explained how tuition increases have an impact not just on family’s pocketbooks but also on the state’s. For example, Brown’s budget says that if UC were to increase tuition by 2.5 percent, the state’s Cal Grant and other aid program costs would increase automatically by approximately $22.8 million. In that case, the governor proposes that an equal amount should be subtracted from UC’s primary state funds and wants to impose a similar disciplinary measure for CSU.

A statement issued by the UC’s Office of the President said the ten-campus university system “greatly appreciates” the $100 million for deferred maintenance but said it would lobby for more operating funds and did not definitively take a tuition hike off the table for the 2018-19 school year. “We remain hopeful that the legislature and the governor will provide sufficient resources to ensure that today’s students receive the same world-class UC education as did previous generations,” the statement said.

CSU Chancellor Timothy White said he was “grateful” for the extra maintenance money but would still push for more dollars. “Without sufficient funding from the state, the university will face adverse consequences including the slowing of recent advances in student achievement,” he said.  The system had sought a $263 million increase in funding and Brown now has offered $192, which includes the $100 million for campus renovations.

Assembly Speaker Anthony Rendon wants more funding for both UC and CSU. “The budget also must address the needs of CSU and UC students, faculty and staff,” he said, ” They have made the case for funding to stabilize tuition rates, address rising costs and enroll more California students. We have heard them,”

In a separate matter, UC received word from Brown Friday that it can expect to receive $50 million withheld last year pending several reforms he insisted on. Those included boosting the number of transfer students from community colleges and more administrative transparency.

The governor’s May budget revision kicks off the final round of negotiations between the Legislature and governor as both rush to finalize next year’s spending plan ahead of the constitutionally mandated deadline of June 15.