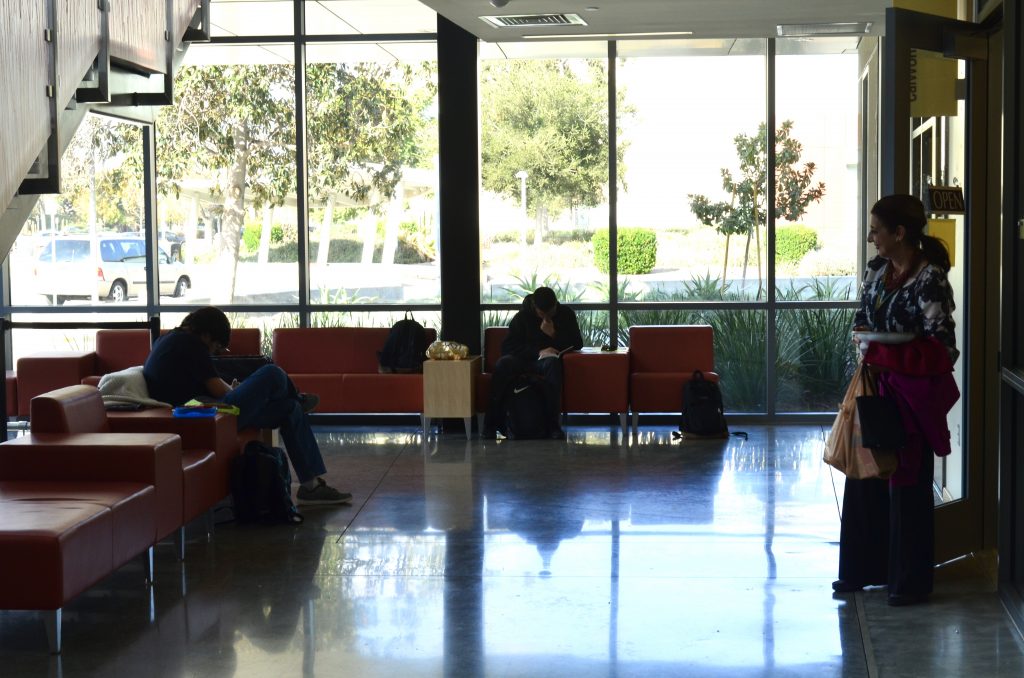 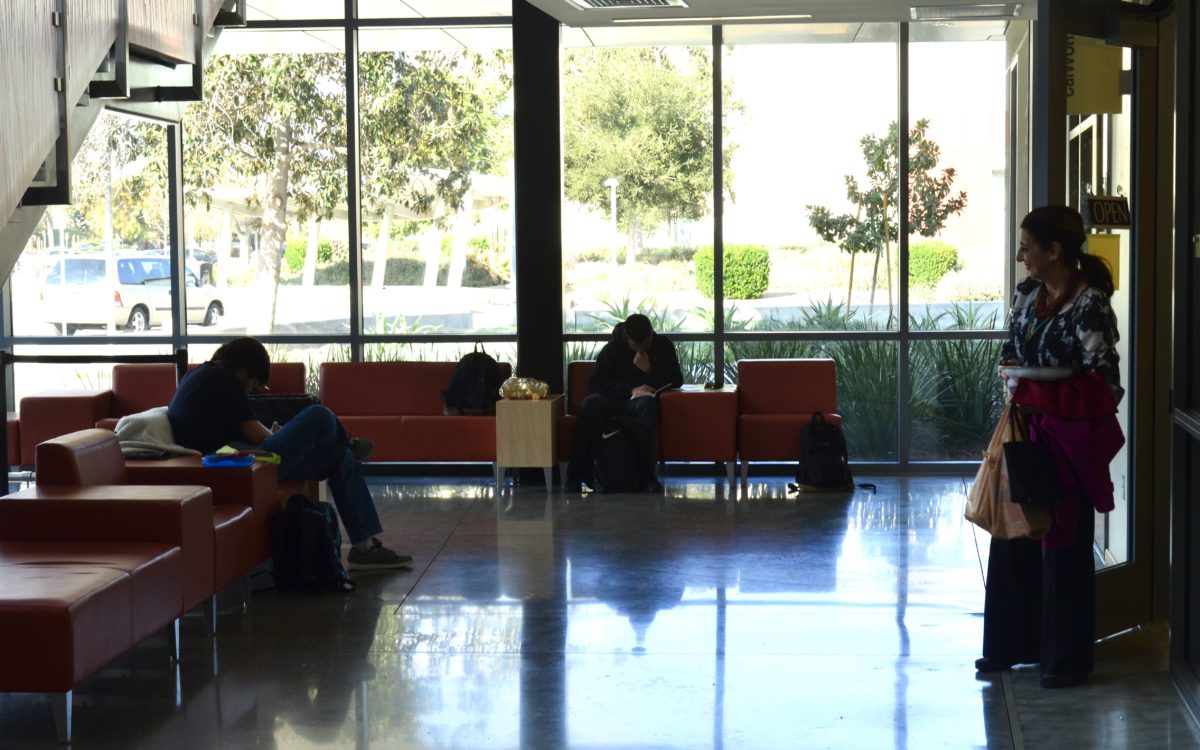 Key California lawmakers who shape education policy are questioning Gov. Jerry Brown’s plan to dramatically overhaul how community colleges are funded. The proposal calls for tying some money to student outcomes, moving away from a model that funds colleges largely based on how many students they enroll.

Some lawmakers are saying it is rushed and lacks enough buy-in from college presidents and faculty. Others worry the plan may result in financial harm to colleges and their students.

“I think there are valid concerns on this whole thing,” said Senator Anthony J. Portantino (D – La Cañada Flintridge), chair of Budget and Fiscal Review Subcommittee No. 1 on Education, during a Thursday hearing discussing Brown’s plan.

“I think the goals are good,” he said, but when “the colleges themselves [are] raising concerns, we need to take that seriously.”

Brown’s plan would need the support of both chambers of the Legislature before the June 15 deadline to pass the state’s budget for 2018-19. The administration on May 14 is scheduled to release the so-called “May Revision” to its budget that could include updates to the formula plan.

Since the budget funds the community colleges there is pressure in the Legislature to resolve this issue within the next few weeks.

At a hearing on Wednesday, Assemblymember Kevin McCarty, (D – Sacramento), who chairs the Assembly Budget Subcommittee on Education Finance, asked the representatives of the governor’s team and the California Community College to take into consideration feedback from lawmakers and other groups when drafting the May Revision. “We’ll look at that and we may come up with our own alternative plan or nix the plan altogether,” he said Wednesday. “We reserve that right, certainly.”

The leadership of the California Community Colleges system is proposing changes to improve the formula in Brown’s plan. “We support the framework proposed in the governor’s budget, but we do think there are ways that we can improve the formula itself,” said Christian Osmeña, vice chancellor of college finance and facilities planning, on Thursday.

The Brown administration says the new proposal is needed because the current formula “encourages districts to prioritize enrollment without regard for student success, such as timely completion and better serving under-represented students,” said Maritza Urquiza, an analyst for Gov. Brown’s Department of Finance, during the Thursday Senate hearing. She added that the current formula could discourage colleges from steering students to get their degrees faster, because doing so would mean fewer students enrolled and the dollars tied to them.

Brown’s community college funding proposal would target more than $6 billion in annual community college “general-purpose” funding so that a quarter of that money is tied to the academic success of students. Another 25 percent of the funding under Brown’s plan would be based on how many students receive federal Pell grants and state tuition waivers. The remaining 50 percent would be tied to student enrollment. All of this would go into effect in 2018-19, which starts July 1 of this year.

The Wednesday and Thursday hearings were the last before Brown releases the May Revision and the first to give a deep look into the proposals.

“Where are the facts, where is the data,” asked Asm. Jose Medina (D – Riverside), chair of the Assembly Higher Education Committee. “I just don’t know that six months from January to June is enough time for the Legislature to really make informed decisions on something so important as this.”

The Brown Administration says it’s been available to answer questions. “We have very much leaned forward in providing information and [are] seeking input on this proposal,” said H.D. Palmer, a spokesperson for Gov. Brown’s Department of Finance, in an email.

Asm. Al Muratsuchi (D – Torrance) cited a letter he received from Dena P. Maloney, president of El Camino College, reading in part that “this may prove to be the worst experiment in public higher education California has ever seen” if Brown’s plan isn’t studied to determine its impact on school finances and students.

“If the CEO of one of the most successful community colleges in the state of California is saying that they’re not being adequately consulted, I have a problem with that,” Muratsuchi said.

“And as long as I’m hearing things like this, I cannot support the governor’s funding formula.”

In an interview, Maloney said that while she is not opposed to a funding model that’s based partially on how well students perform, “the devil is in the details.”

But faculty groups are forceful in their opposition to a performance-based funding model. “We’re going to become nothing more than diploma mills” if a plan that ties funding to student outcomes passes, said Jim Mahler, president of the Community College Council, an affiliate union to the California Federation of Teachers, at the Wednesday hearing. He and others worry a funding model based on outcomes could put pressure on faculty to inflate grades so that more students show positive results, watering down academic standards.

A February report by the independent Legislative Analyst’s Office said that if Brown’s plan were instituted the community college system could track colleges for signs of grade inflation or pushing students into cheaper degree programs to boost their outcomes figures.

Not all lawmakers were skeptical of the plan. Asm. Rocky Chávez (R – Oceanside) said “there are some good things here,” but that implementing the formula will likely take several years.

The hearings followed the release of a report by a workgroup of community college presidents and district chancellors commissioned by the community college system that concluded Brown’s “initial proposal needs significant refinement to meet its intended goal of promoting greater access and success for all Californians needing college and career training.”

That workgroup report, released Monday, calls for a formula that ties 75 percent of the $6 billion pot to how many students the colleges enroll and the remaining 25 percent based on a combination of how well students perform and whether those students are from disadvantaged backgrounds. The workgroup’s plan would measure performance by how many students earn degrees, their course work progression, transfer to a four-year college and their eventual wage earnings.

Studies on whether students do better when states fund colleges in part based on student performance are mixed. In some states that have performance-based funding formulas for community colleges, students earned more associate degrees, while in others they earned fewer. Other research indicates such formulas boost the number of degrees that take a short time to complete.

“The research doesn’t show a significant improvement in student outcomes,” said Edgar Cabral, an analyst at the independent Legislative Analyst’s Office, at Wednesday’s hearing. Still, the office largely supports Brown’s measure, saying in the February report that at least 20 percent of the $6 billion pot should be based on student outcomes, though with some modifications, such as tying additional funding to the performance of low-income students.

The analyst’s office also indicated that the outcomes-based model would align with the various programs the Legislature funded in the past few years to improve the graduation and transfer rates of students.

“What we’re doing is not in any way, shape or form working for any Californian, period,” said Eloy Ortiz Oakley, chancellor of California Community Colleges, at the system’s Board of Governors March meetings.