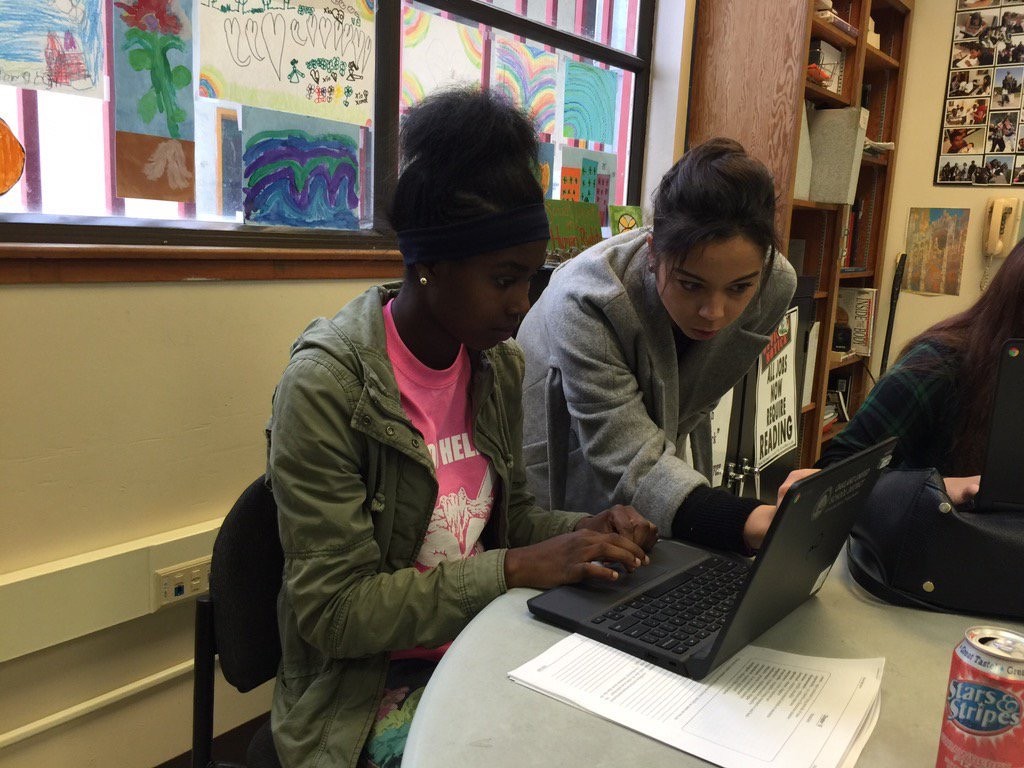 Expansion of a new Advanced Placement computer science course aimed at drawing young women and minorities into high-tech fields is being hampered by a nationwide shortage of teachers qualified to teach it.

Only a fifth of California high schools, about 260, will be offering the course in the 2016-17 school year, according to officials with The College Board, a nonprofit that develops and administers standardized tests and curricula to promote college-readiness.

The new course – AP Computer Science Principles – is being offered for the first time this month after seven years as a pilot program in 45 schools across the country, including seven in California. It is a cornerstone of the Obama administration’s Computer Science for All initiative, or CS for All, with a goal of offering the new course in as many high schools as possible, starting in the current school year.

While interest was widespread as the pilots launched – nearly 2,160 schools nationwide will be offering it this year, the most ever for a first-year College Board program – meeting the demand for nationwide expansion is proving difficult without a greater supply of teachers.

In his 2016 State of the Union address, President Barack Obama said every student should be offered the opportunity to take “the hands-on computer science and math classes that make them job-ready on day one.”

As part of his initiative, he had sought $4 billion over three years for states with plans to expand computer science courses and an additional $100 million for school districts to expand access to a K-12 computer science curriculum, to train teachers and to build regional partnerships among schools.

“My number one goal is to recruit teachers,” said Ruthe Farmer, senior policy advisor for “tech inclusion” in the White House Office of Science & Technology Policy. “We’ve got a long way to go. There are not enough teachers.”

However, neither the U.S. House nor Senate proposed any appropriations to fund the president’s request in the 2017 fiscal budget.

“There is a shortage (of teachers), and we’re working to address that as fast as we can,” said Dan Garcia, a computer science professor at UC Berkeley, who served as an advisor to the College Board on developing the new curriculum.

“There is no supply. It’s somewhat of a dysfunctional ecosystem. No teacher can major or get a credential (in the field),” Garcia added. “Everyone has to come in from the outside – like from the math or science fields. This is part of the problem.”

That concern is shared by the Obama administration.

Ruthe Farmer, senior policy advisor for “tech inclusion” in the White House Office of Science & Technology Policy, said the CS for All initiative is on track to train 25,000 computer science teachers by the end of this year. But that’s far short of the bigger target of 100,000 over the next few years, Farmer said at the College Board’s 2016 AP Annual Conference in Anaheim last month.

“My number one goal is to recruit teachers,” she told educators at the conference.  “We’ve got a long way to go. There are not enough teachers.”

The new AP computer science course is intended to show how computer skills are essential to activities from movie-making to medical research.  This new course, taught in grade 10 or 11 differs from the AP Computer Sciences A course, a programming focused class that continues to be the fastest-growing AP course, with more than 50,000 students who have taken exams in the course this year. 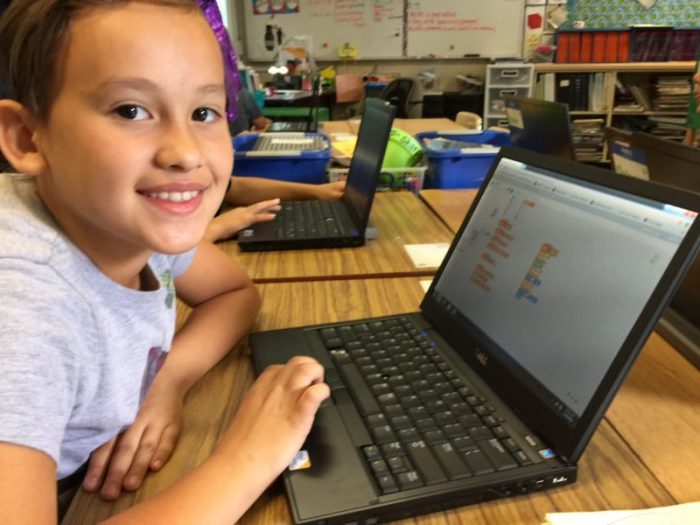 There are more teachers who teach the AP Computer Sciences A course because it has been around since the late 1980s, and teachers who teach a new AP course – like the AP Computer Sciences Principles course – have to become trained to do so. Since this is the first year of the course being taught nationwide, and with the huge demand, school districts have not had enough time to find teachers or enough money to pay for the training required.

The new course is designed to focus on broader aspects of computer science, including cybersecurity and software coding to program such things as movement of animated objects on a computer screen to tell a story. Its mission is to help fill a projected 1.4 million computer programming-related jobs by 2020. By some estimates, schools will produce only a quarter of the qualified candidates needed to fill these positions, and most candidates will be men. For that reason, the new course is focused on enrolling more women and minorities.

California provides a clear demonstration of the need. According to College Board data, women constituted only 26 percent of students who took the AP Computer Sciences A course in 2015, compared with 19.3 percent a decade earlier. The percentage  among African-Americans rose to 1.7 percent from 1.38 percent 10 years earlier; and among Hispanics, to 11.1 percent from 8.7 percent over the same period.

Joshua Speaks, legislative representative with the California Commission on Teacher Credentialing, said there is no single solution to the shortage of qualified teachers, although he pointed to several state initiatives aimed at increasing the supply. One, he said, is a new state law (SB 828) signed by Gov. Jerry Brown this summer that created The California Classified School Employee Teacher Credentialing Program, which helps hourly school employees – teacher aids who assist credentialed teachers in their educational duties, bus drivers, and administrative staff – to become credentialed teachers by providing tuition assistance if they sign up for a teacher preparation program.

In a related effort, the same state law (SB 828) appropriated $5 million for the California Center on Teaching Careers (CALTeach) to recruit prospective teachers into the profession and match them with teaching jobs around the state, including those in computer science.

The center was created in 1997 but lost its state funding during the recession. It was revitalized this year with new state support, and charged with placing a high priority on recruiting teachers with a credential in science or math.

Another effort by California’s credentialing commission last year also created a pathway for holders of a single- or multiple-subject credential to add an additional content area to their credential. So, for example, a teacher qualified to teach English could apply to teach computer science, and after passing a specific preparation program, could also teach that course.

“I do think computer science education has been something that hasn’t been a focus for many years, and that has impacted who participates, particularly females and students of color,” Lien Diaz, senior director of the College Board’s AP Computer Science program, said in an interview.

Garcia, the UC Berkeley professor, cited a series of steps needed to boost the supply of teachers. These include expanding teacher training programs in computer science, creating a certification program for computer science teachers and expanding programs like Teach for America, which draws on recent college graduates and gives them minimal training before placing them in a classroom.

“You can not turn the light switch on, and have 26,000 teachers ready to teach this class,” he said.

Even without the funding, roughly $135 million has come from the National Science Foundation and the Corporation for National and Community Service, the nation’s largest grant maker supporting service and volunteering in the areas of poverty, environment and education, and a number of executives from California’s tech-rich Silicon Valley.

Karla Gonzalez, an 18-year-old graduate of Sweetwater High School in National City, a low-income and largely Hispanic suburb sandwiched between San Diego and the Mexican border, found new direction in her life with the pilot course in her senior year.

“I was really scared about taking the class because my peers knew everything,” said Gonzalez, who wants to study computer science at UC San Diego. “If computer science hadn’t been offered in my school, I wouldn’t have figured out what I wanted to do.”