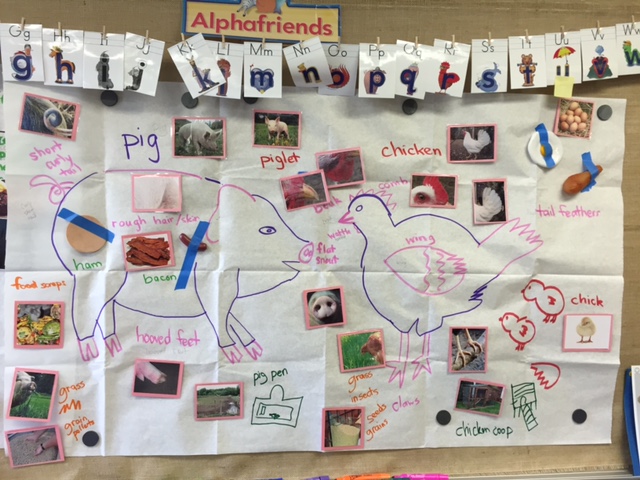 Sarah Tully, EdSource
A chart shows the comparison of a pig and chicken used for a teacher-training session of Guided Language Acquisition Design strategies for English learner preschoolers in Anaheim in October 2015.

Sarah Tully, EdSource
A chart shows the comparison of a pig and chicken used for a teacher-training session of Guided Language Acquisition Design strategies for English learner preschoolers in Anaheim in October 2015.

California preschools are mirroring an alarming national trend, suspending or expelling children from preschools far too frequently. This is the judgment of a group of state educators, policymakers and representatives of public agencies, including the California Department of Education, who are working on a proposal that will offer solutions.

The group is an unofficial committee that grew out of a project involving the Department of Defense and the WestEd Center for Child and Family Studies, an education policy and research organization. This winter they plan to issue policy recommendations governing the suspension and expulsion of preschool students.

Linda Brault, who heads the group forming the recommendations, said that they will likely include measures such as: lower child-to-teacher ratios; data collection and tracking; and training to recognize unconscious biases that often lead to unfair assumptions about different children. Brault is a project director at the WestEd Center for Child and Family Studies.

“The kids are struggling now, the kids are failing now, we can’t wait for everyone to get their act together,” said Linda Brault, project director at WestEd Center for Child and Family Studies.

California does not collect preschool suspension and expulsion data and does not have a policy on the use of those forms of discipline. But the federal Administration of Children and Families called for one to be created in 2014 when it reauthorized the Child Care Development Block Grant, which delivered $570 million to the state last year for child care, preschool and after-school programs. Federal officials did not set a deadline for implementing the policy. But critics say the need is urgent because suspending and expelling preschoolers is a major problem in California.

“The kids are struggling now, the kids are failing now, we can’t wait for everyone to get their act together,” Brault said. Her assessment that too many preschoolers are being suspended is drawn from 30 years in the early education field working with children, families and preschool program staff, she said.

The impetus for suspension and expulsion policies is a growing recognition that suspending and expelling children from preschool can often lead to negative outcomes later, such as higher dropout rates, lower test scores, more frequent encounters with systems of discipline and criminal justice, and lower earning power. Those views were captured in a 2014 federal policy statement from the U.S. Department of Health and Human Services that said steps need to be taken in “preventing, severely limiting, and ultimately eliminating expulsion and suspension practices in early childhood settings.”

The issue is particularly resonant because nationwide research has shown that black children – and especially black boys – are more commonly suspended or expelled in preschool. That puts them at an early, additional disadvantage that exacerbates a persistent achievement gap separating white, Asian and upper-income children from black, Latino and low-income children.

“On a scale of one to 10, I’d call it an 11,” said Shawn Bryant, founder of the Teaching Excellence Center, characterizing the severity of the problem of preschoolers being suspended or expelled in California.

Black children are 3.6 times as likely to be suspended from preschool than white children, according to a recent U.S. Department of Education report based on 2013-14 data. That report showed that while black boys make up 19 percent of the country’s preschool population, they represent 45 percent of suspensions of male students.

Early education advocates say they believe state numbers track with national findings. Shawn Bryant, a veteran early childhood educator and founder of the Oakland-based Teaching Excellence Center, described the severity of the problem. He said that in 18 years of working with preschools around the state, he’s come to believe that in California, “On a scale of one to 10, I’d call it an 11.”

“Each year without a change in written and implemented policy adds to the increasing achievement, poverty and opportunity gaps and directly supports the preschool to prison pipeline,” Bryant said.  He was referring to the belief that how black children are perceived and treated in school in terms of discipline leads, like a pipeline, to a greater likelihood that they will be imprisoned as adults.

Although the federal requirement applies only to publicly funded programs, the group preparing the recommendations to the state believes they should be applied to all programs licensed by the California Department of Social Services. 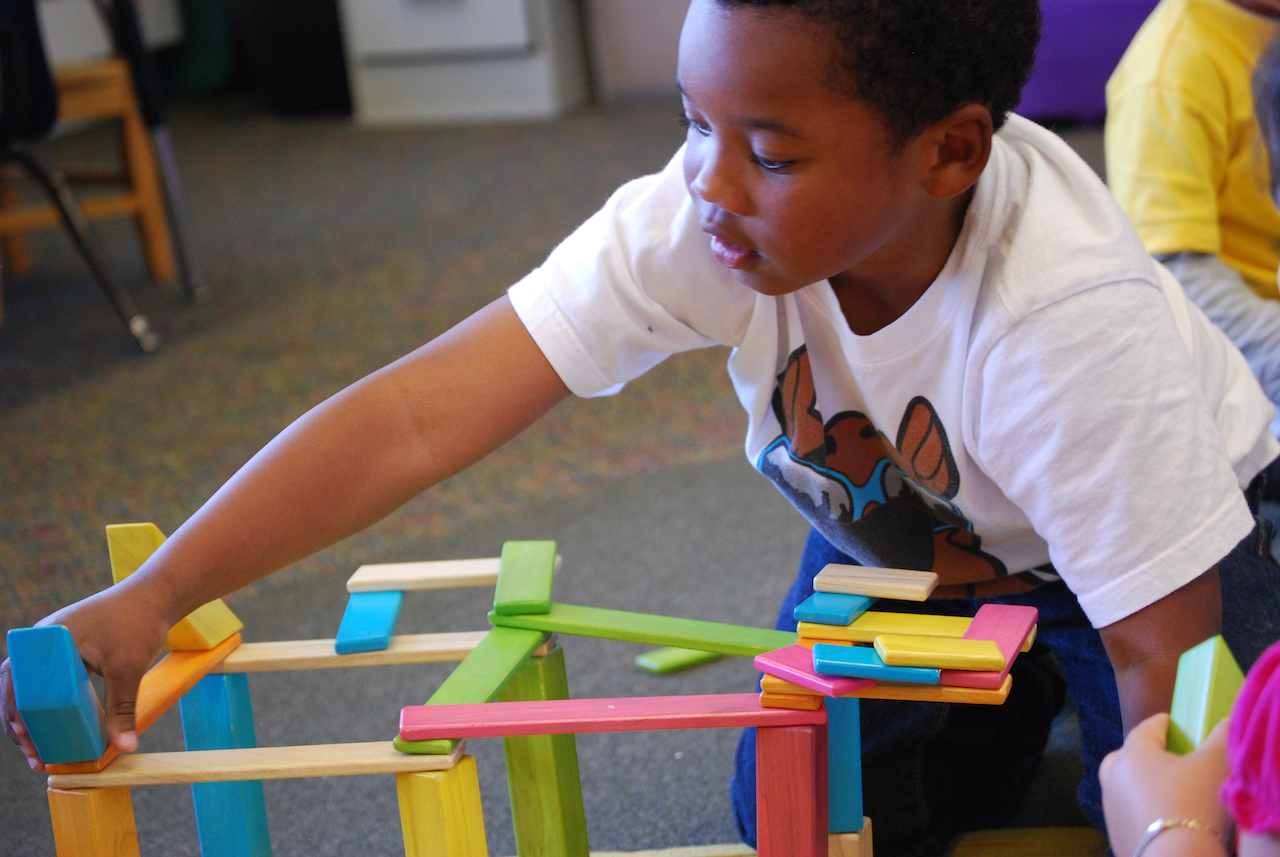 Expulsion of preschoolers: ‘Let’s take that option off the table’

However, Brault said, that desire is likely to run into resistance from privately operated preschool programs worried about costly child-to-teacher ratios and other burdensome legal requirements.

“That’s probably where there’ll be pushback because it’s very challenging to require this level of compliance in programs that are not receiving federal funds,” Brault said.

The committee Brault is heading, though not formally created by the state, includes representatives from California’s education, social services, and health care services departments, and the federal Administration for Children and Families.

“It’s not official but it’s attended by all the people who are official and who can make it happen,” Brault said.

Among the group’s primary recommendations will be to establish clear definitions for what a suspension or expulsion is. For example, expulsion would be defined as terminating a child’s participation in a program. However, Brault said, that would also include defining and tracking less direct suggestions that a child is “not a good fit” for a program. Brault argues that this practice is widespread, even in Head Start, a federal preschool program that has a policy of not suspending or expelling students. The definitions would also include being sent to the director or administrator’s office for a certain amount of time as an in-school suspension; and being sent home early as an out-of-school suspension.

Bryant, who is not on the committee, said those steps are necessary to make clear what is expected of teachers.

The committee expects to have its final recommendations in hand by the end of 2016, Brault said.