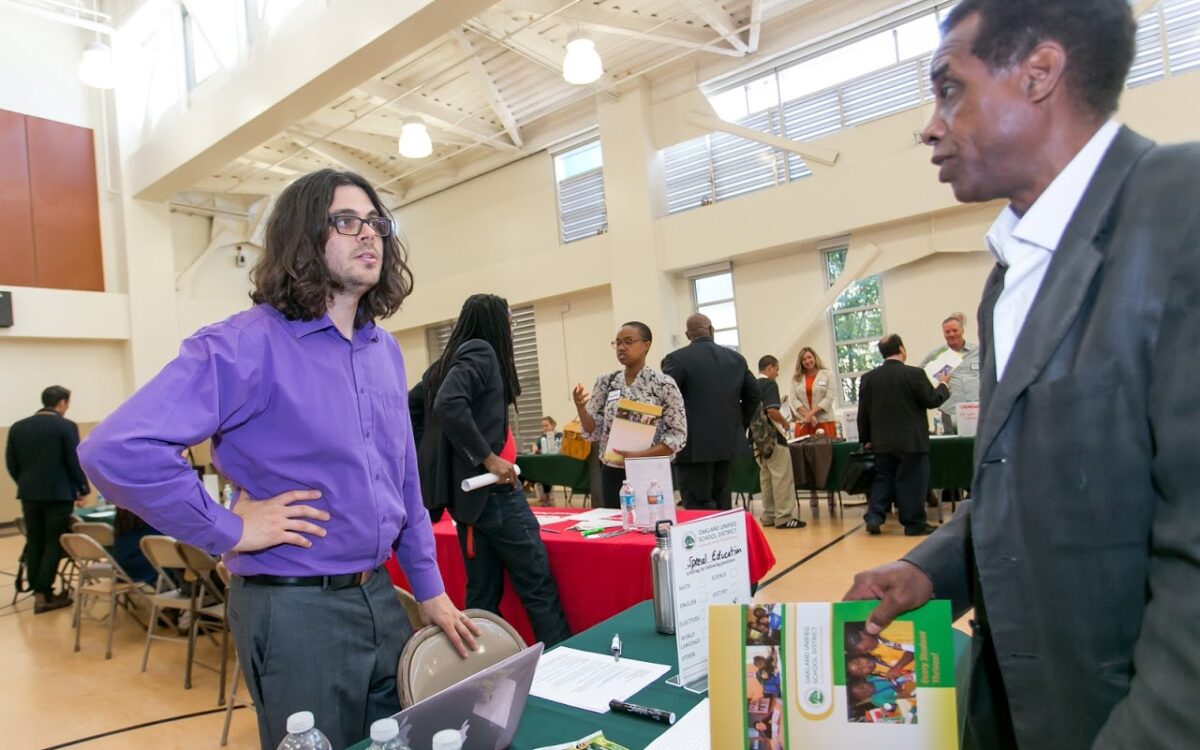 Against the backdrop of a widely reported teacher shortage, most of California’s 25 largest school districts were able to fill nearly all their job openings for fully credentialed teachers by the time school started this year, according to an EdSource survey.

Eight of the state’s largest districts reported having no unfilled openings. That included the state’s three largest — Los Angeles Unified, San Diego Unified and Long Beach Unified. Only five said they had 30 or more openings for fully credentialed teachers by the time the school year started. The EdSource survey was conducted through telephone interviews and email questionnaires.

By their first day of school, the districts, which enroll about a third of the state’s public school students, had hired a combined total of just over 5,900 new full-time credentialed teachers.

Finding teachers wasn’t always easy. Districts that started the year with few or no unfilled positions were able to recruit teachers by employing a range of aggressive tactics, such as offering bonuses, expanding recruiting efforts in other states and countries, and lifting caps on salaries offered to veteran teachers so they don’t have to take a pay cut when transferring from other districts.

Those unable to fill all their positions with fully credentialed teachers managed to staff classrooms with teachers with a variety of temporary or provisional teaching permits or credentials. In some cases, they used long-term substitutes.

To attract credentialed teachers, Riverside Unified gave some teachers who were living outside the district up to $7,000 to cover moving expenses. San Jose Unified provided a 7 percent one-time bonus to all employees, including new teachers. Elk Grove Unified, near Sacramento, matched the salaries of veteran teachers hired away from other districts.

In several cases, districts’ recruiting efforts were far more successful than they were last year.

But their successes might only represent a temporary fix and may be coming at the expense of smaller districts, said Chris Ungar, president of the California School Boards Association, which has been tracking trends in teacher hiring.

“In some places, it’s a serious competition between districts for teachers,” he said.

That means that the burden of recruiting teachers might just be shifting from some districts to others. “We simply don’t have enough new teachers in the pipeline to fill all the vacancies at every district,” Ungar said.

Additionally, this year’s hiring spree could be masking the longer-term challenge of ensuring that the supply of new teachers keeps pace with the growing demand, he said.

EdSource is partnering with the Southern California News Group in reporting on the state’s teacher shortage. The following stories were produced by SCNG reporters to supplement EdSource’s reporting:

Why Fontana Unified, other districts, have a hard time hiring enough teachers

A Learning Policy Institute report this month concluded that the U.S. is experiencing the worst shortage of teachers since 1990, with school districts nationwide needing to hire up to 300,000 new teachers annually through the 2017-18 school year. In California, the number of emergency and temporary teaching permits has tripled in the last three years, the institute reported.

Among the state’s largest districts, those that said they had the fewest unfilled positions for the start of this school year were primarily in Southern California, which hasn’t seen the severe teacher shortages that other regions across the state have experienced, according to the EdSource survey. The Southern California districts include Santa Ana Unified, Capistrano Unified, Corona-Norco Unified, Garden Grove Unified and Irvine Unified.

San Diego Unified began the school year on Aug. 29 with no unfilled positions. Last year, the district was scrambling to fill about 100 classroom jobs on the first day of school.

“In some places, it’s a serious competition between districts for teachers,” said Chris Ungar, president of the California School Boards Association.

These initiatives have gradually helped reduce the number of vacancies, Thede said.

“This year we can say all students in our district will have a fully credentialed teacher in front of them,” she said.

In the Los Angeles Unified School District, by far the state’s largest with 639,337 students, officials are also reporting no classroom teacher vacancies for this year.

Barbara Jones, a district spokeswoman, credited stronger partnerships with colleges and universities in the area, with teacher preparation programs that steer candidates to Los Angeles Unified. Another program, the Career Ladder Program, helps school support staff get teaching credentials. Each year, the program works with 300 instructional aides, teaching assistants, special education assistants and trainees. Through the program, candidates are placed in full- and part-time credentialing programs at colleges and universities while they also receive hands-on training as part of their regular jobs.

Los Angeles Unified is also experiencing a decline in overall student enrollment, losing nearly 100,000 students since 2002, due in part to a growing number of students transferring to charter schools and in part to declining birth rates. That means the district requires fewer teachers than it did before.

San Francisco Unified, referred to by the California Teachers Association as “ground zero” in California for teacher shortages, reported 39 classroom teacher vacancies when classes began Aug. 15. But district officials had feared it would be worse, because of skyrocketing housing prices in the city.

The district hired more than 850 teachers for the new school year. That’s about 12 percent more teacher hires than at the same point the previous year, said district spokeswoman Gentle Blythe.

Oakland Unified hired Patricia Cardenas, a bilingual teacher from Fort Worth, Texas, after she attended an August job fair in Oakland. Cardenas said Oakland was able to offer a higher salary and better benefits than her district in Texas.

“I really felt wanted when I spoke with recruiters and principals,” she said. “They even put me in touch with current Oakland teachers, who pitched me all the new and innovative programs at the district to improve English literacy.”

These bonuses were primarily offered to special education teachers, a need that’s been especially tough for districts to fill for many years.

Instead of signing bonuses, Fresno Unified offered newly-hired special education teachers a $1,500 stipend that will be awarded to them at the end of their first year on the job.

“The teacher shortage has made recruiting special education teachers even tougher, so districts have to offer candidates greater incentives,” said Cynthia Quintana, director of human resources at Fresno Unified. “This shortage is requiring us to think out of the box, to do things we haven’t tried before.”

Until recently, policies in nearly all districts in the state have discouraged veteran teachers from transferring among districts by placing a cap on the number of work years he or she is credited with prior to making the transfer. The number of years worked typically determines teacher pay.

But more districts have negotiated with their teachers unions to lift these so-called salary caps to better compete for experienced teachers.

San Jose has offered veteran teachers from elsewhere the chance to transfer to the district without having to take a pay cut if they earned $80,000 or less at their previous school. Allen said lifting the cap has been a “very successful recruiting tool.” 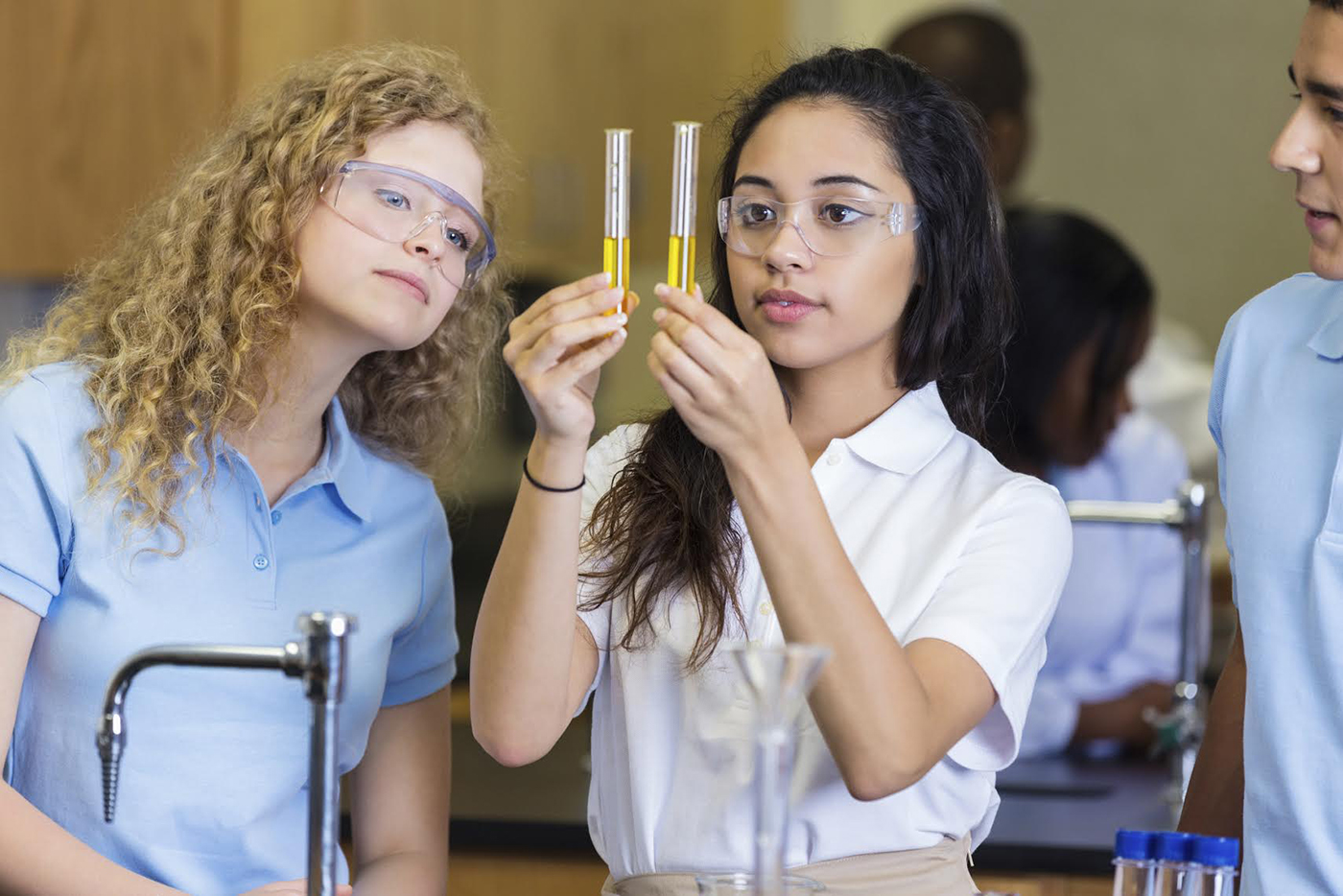 Smaller districts, especially those in the Central Valley and Northern California, can’t always provide the same recruiting incentives as larger districts, so many of them are left struggling to fill vacancies, said Ungar of the California School Boards Association.

In an effort to fill dozens of vacancies, the Bakersfield City School District began lifting salary caps this year for veteran teachers looking to transfer to the district. Almost immediately, some neighboring small, rural districts saw an exodus of teachers leaving for Bakersfield.

Arvin Superintendent Michelle McLean said teachers who left her district generally did so because they already lived in the Bakersfield region and wanted to take jobs closer to their homes and families.

“For the last eight or nine years, we’ve given pretty generous pay raises,” she said. “It wasn’t a question of these teachers taking better job offers.”

McLean said it’s a growing struggle for rural districts like Arvin, about a 30-minute drive south of Bakersfield, to attract and keep teachers when districts in urban regions have job vacancies, even when the rural districts provide comparable pay and benefits.

Joan Bissell, director for teacher education and public school programs for the 23-campus California State University system, said the only real long-term solution to ensure every district has enough teachers is for the state to increase its investment in recruitment and preparation programs — and then to ensure that new teachers get the support they need to stay in the profession.

“We have to continue providing a stronger support system for our young teachers not only to ensure they’re prepared on day one, but also to encourage them to remain in the profession long term,” Bissell said.

*** Unfilled positions for each district on first day of school.