Some districts step up competition for neighbors' veteran teachers

To better compete in a time of shortage, a handful of districts have negotiated changes in their pay scales that are making it easier to recruit veteran teachers. Doing so isn’t adding to the overall teacher supply or winning friends in neighboring districts. But it is helping some districts solve a personnel crunch as well as provide broader job opportunities for experienced teachers.

The change in the rules is enabling districts to more closely match the pay of teachers who want to switch districts. Until now, teachers have been discouraged from transferring by a standard clause in most districts’ contracts that capped the number of years that a teacher would be credited as having worked for the purpose of determining their new pay. The cap had the practical impact of locking in employment of mid-career and older teachers. 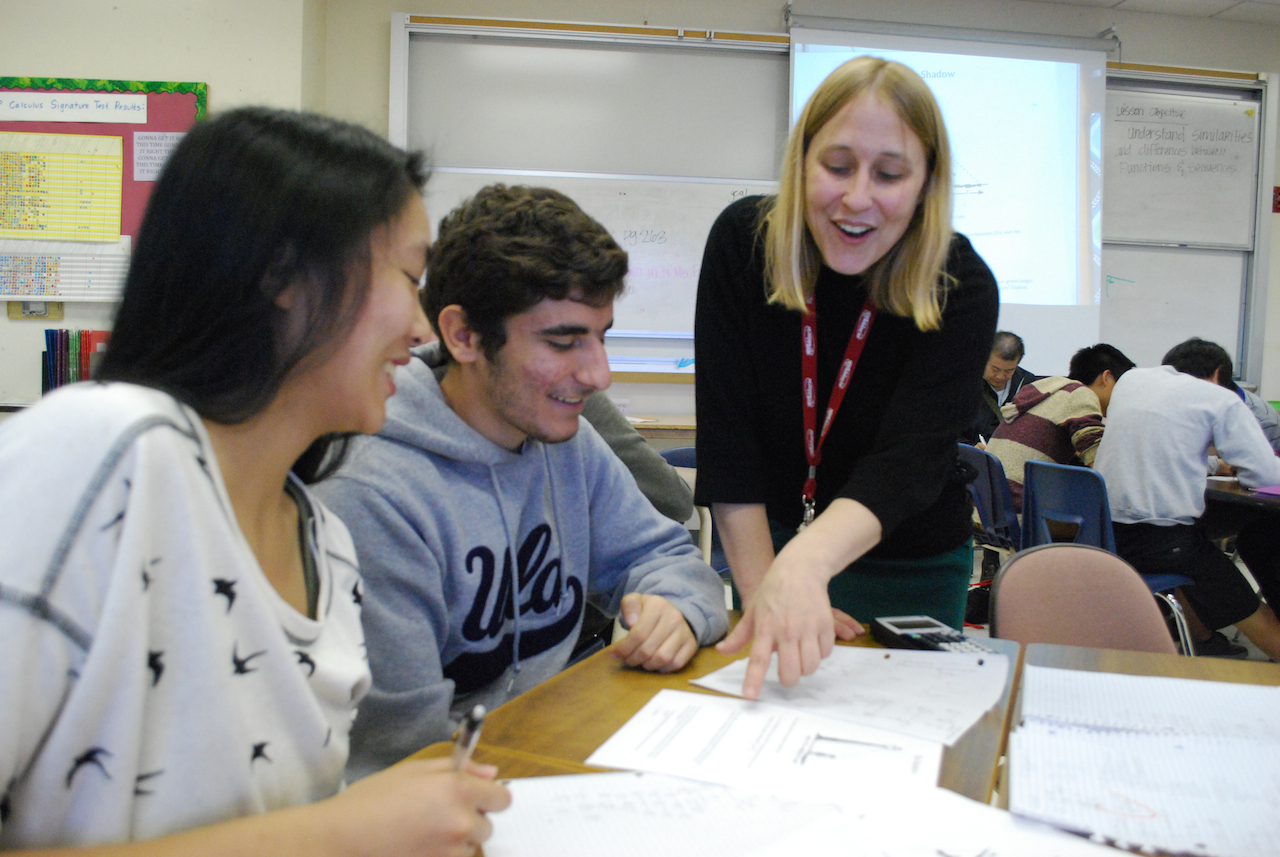 Under the standard salary scale for unionized teachers, teachers receive annual “step” increases for each year they work and a boost in salary for education degrees and courses they take beyond their bachelor’s degree. But for transferring teachers, there has been a limit on the number of years – usually between six and 10 years – for which they would be given credit, depending on the district. So, for example, a teacher with 15 years’ experience earning $77,000 in one district would be credited for working the maximum 10 years and have to start at year 11, earning only $68,000.

In the past, districts liked the cap because it discouraged teachers from jumping ship after districts had invested in their training and served to contain costs, said San Jose Unified Deputy Superintendent Stephen McMahon. But a teacher shortage in some districts has prompted them to rethink hiring practices and to resort to signing bonuses, referral fees and housing subsidies.

Most districts’ teacher contracts already allowed districts to make exceptions to the pay scale to hire teachers for hard-to-fill positions, such as bilingual, special education and math teachers. San Jose Unified, the largest of 19 districts in high-cost-of-living San Jose, and Bakersfield City School District, the state’s largest K-8 district with 30,000 students, are no longer making that practice an exception – they are eliminating the cap on years worked for all teachers. Other districts are raising the cap on years of service without eliminating it altogether. Elk Grove Unified, for example, raised the cap from 10 years to 15 years last spring.

Bakersfield previously capped the credit for years worked at six years. The decision to match full years of service “has been a game changer,” said Diane Cox, Bakersfield’s assistant superintendent. She said the district filled 25 of the 140 teacher vacancies for this fall with applicants with more than six years of experience. Most of the new veteran hires are from small, rural districts within Kern County, some of which have a lower pay scale, she said. Some teachers are transferring for a shorter commute and for teaching and administrative opportunities available in a larger district, she said. The number will increase as word spreads, she said.

Phillip Brown, executive director of the Bakersfield Elementary Teachers Association, said that teachers and administrators mutually agreed that lifting the cap was a good idea. “Our argument is that the district will start 25 fewer substitute teachers,” he said. While the move may initially create some ill will in surrounding districts, he predicted Bakersfield’s policy soon “will become standard” in Kern County.

San Jose Unified lifted its 10-year cap, but instead of matching previous years of service, it is matching a teacher’s previous salary, regardless of years of service. “If we can match their salaries, teachers who had been interested in the district will come here,” McMahon said. The district doesn’t yet have a number for how many of the 190 new hires to be filled for this fall can be attributed to the change, which was negotiated three years ago as part of a contract that created a novel teacher evaluation and support system. But attracting veteran teachers from nearby districts with established roots in the area is a retention strategy that can help counter the turnover of teachers who are moving to Oregon, Nevada and other areas where it’s cheaper to live.

In San Jose, where teacher compensation is a set percentage of the district budget, bringing in highly paid teachers could reduce the pot of money for potential raises for other teachers. And initially, it was a hard sell, McMahon said. But Jennifer Thomas, president of the San Jose Teachers Association, said that teachers recognized the negative impact of the teacher shortage. “Not having qualified teachers in every classroom does a disservice to students when they don’t get the support they need, and it’s bad for our day-to-day working conditions,” she said.

For incoming teachers, the higher pay does carry a risk. Under state law, transferring teachers, regardless of experience level, reset the clock; they become probationary teachers again for two years and sacrifice the seniority they previously had. This won’t affect their years of service for retirement purposes, but will place them at the bottom of the seniority list, which could make them vulnerable in the event of a layoff. But despite predictions of an economic recession and uncertainty over a tax initiative voters will decide in November, it’s a chance some are willing to take.