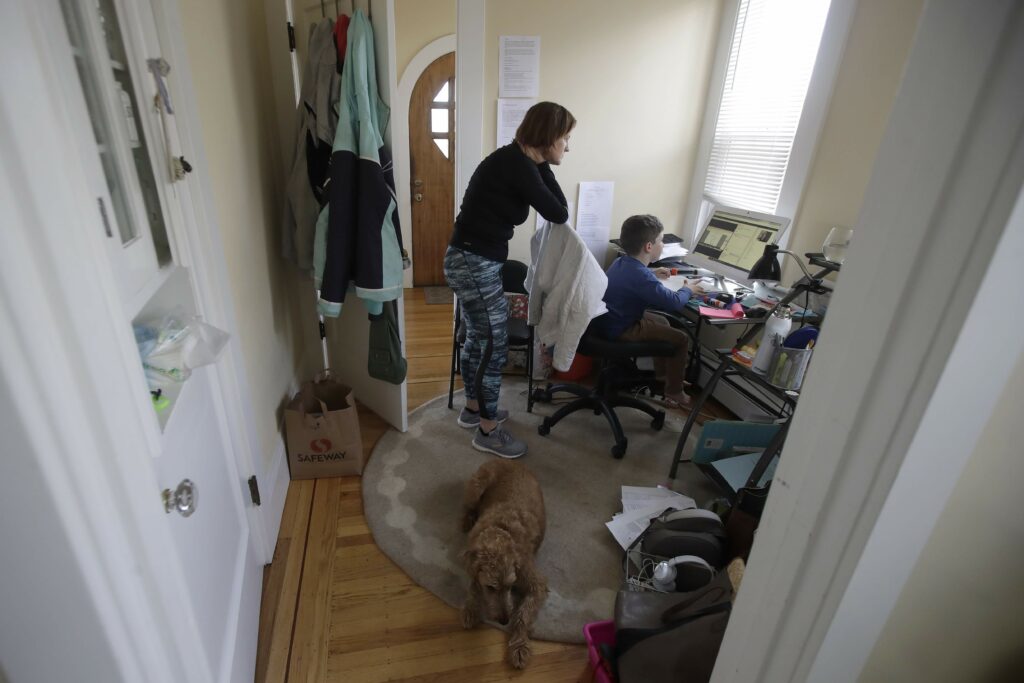 The district will create up to six new online schools. 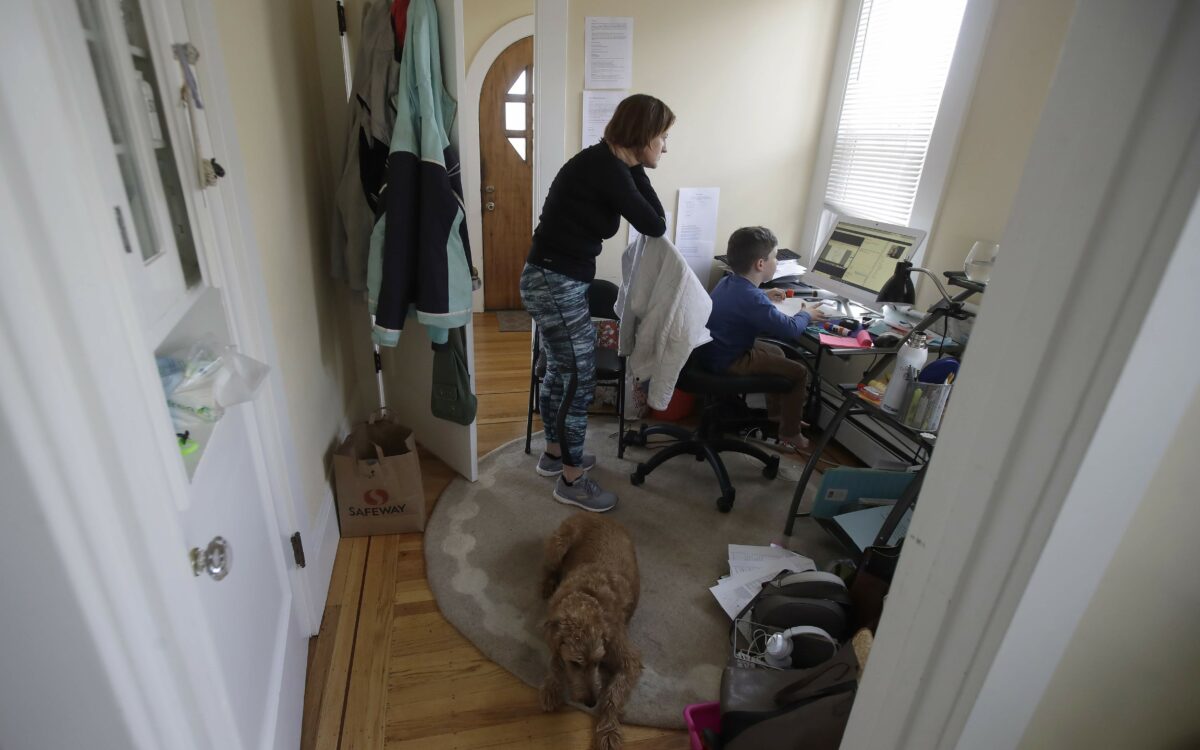 To accommodate an expected increase in the number of students in remote learning once its school vaccine mandate takes effect, the Los Angeles Unified School District is creating new online schools that will open in the fall.

The schools will take the pressure off the district’s current independent study program, which was inundated with students this school year after the state’s distance learning statute expired last summer. The district’s independent study program, City of Angels, was the main option for students who didn’t return to in-person instruction in the fall. This year, it enrolled nearly 10 times the number of students it did prior to the pandemic.

While City of Angels will continue in some form, there also will be new online schools that will divide students into smaller, more manageable schools that will each have their own administrators. The vaccine mandate, meant to slow the spread of Covid-19, will prohibit unvaccinated students from coming onto school campuses for in-person instruction, although students can enroll in independent study. It will go into effect for the upcoming school year.

Los Angeles Unified’s board recently approved the proposal to create up to six online schools. The district is still in the planning stages as it navigates what the structure and curriculum will look like.

Superintendent Alberto Carvalho said in an interview with EdSource that the new online schools are a chance to create a more rigorous and robust online learning environment for students, akin to in-person school. The district will build on lessons learned from this year’s independent study program, which was put together quickly to meet state and community needs, he added.

“City of Angels was a necessary step that needed to be taken to at least maintain some degree of connection — the tissue that would connect the child and the family to the school system,” Carvalho said. “It worked in some instances, but it failed in others. We need to recognize that and be honest about it.”

District officials will unveil plans for the schools in a few weeks, and enrollment will begin sometime in March. In the meantime, school officials and parents are asking about what changes to expect and what lasting impact the new schools will have on the district, which is already navigating staffing shortages and declining enrollment.

Currently, City of Angels houses the district’s Virtual Academy, which provides remote learning for families unable or unwilling to send their children to school in person. The Virtual Academy opened this fall as the district’s independent study option that was required by the state. It currently enrolls nearly 18,000 students, many of whom the district expects to continue online next school year, in addition to those who remain unvaccinated. 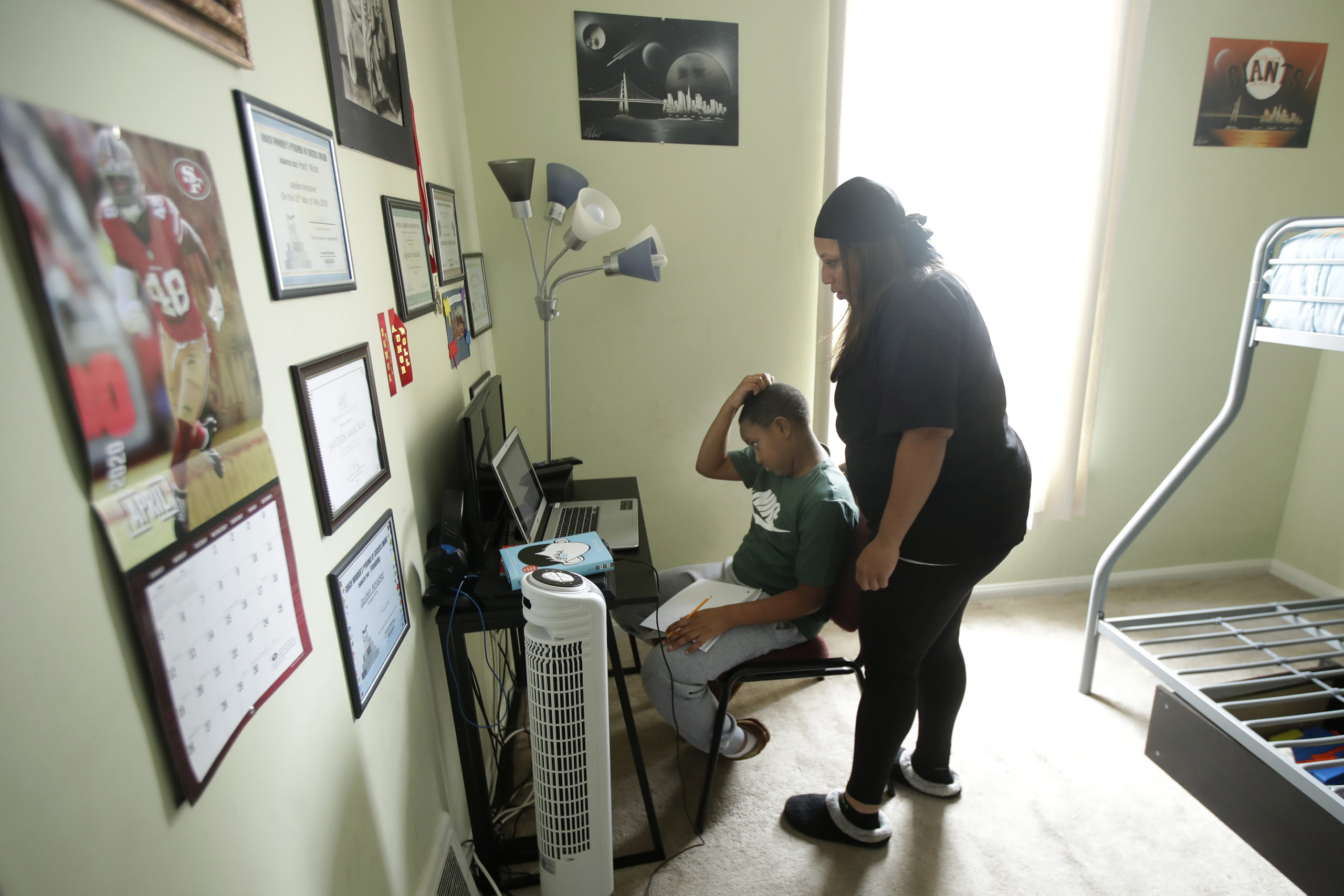 Each new school will enroll up to 2,500 students and will have a distinct academic theme. The district plans to cover the cost of nonteaching staff and resources with federal Covid-19 relief funds for the first two years, up to $16.2 million per year. Following years will rely on state funding.

As plans proceed, some parents are raising questions. The district is sending conflicting messages, said Evelyn Aleman, a parent in the district who leads the Latino parent group Our Voice/Nuestra Voz. The district, she said, is simultaneously pushing children to return to school in person while also encouraging them to stay online by directing resources toward this more permanent expansion. Some families who are unable to send their children to in-person school don’t have internet access at home or might have limited computing skills, she added.

“We haven’t tackled the first issue, which is the digital divide and digital literacy for our families,” Aleman said, noting that some parents in the group don’t know how to use email. “Our families wouldn’t be able to further support students, as it is.”

School board member George McKenna has brought up similar concerns about the expansion of online schools, asking what steps would be taken to bridge the digital divide. The school board is planning to talk further about it once the final plans are presented.

The digital divide also worries parents like Alicia Baltazar, who said internet connectivity has been an issue for her sixth-grade son from the start of the pandemic. Her son is currently enrolled in City of Angels and will most likely continue online next school year because she is immunocompromised and fears he may bring the virus home if he returns to campus. She’s worried the district is expanding resources without the proper foundation, including reliable internet access and high-quality instruction.

“Everybody told me, ‘OK, sixth grade: Be prepared for all the homework,” Baltazar said. “I was ready for that. And no, right now he’s already done school, done with all his work for the day. It just makes me sit here and wonder like, ‘What are we losing? What are we missing?’”

Rocio Elorza, a parent who is part of Our Voice/Nuestra Voz whose children are currently attending classes in person, worries about that, too. She thinks the district should focus on fixing the resources it has rather than expanding its online options.

Despite the district’s plans to expand online learning, Carvalho emphasized the importance of returning to school in person. As part of his 100-day plan, released Thursday, he laid out plans to invite families who have remained remote to attend open houses and other school events to encourage them to return. He also said the district will aim to reengage with remote families through home visits and wellness checks.

“We need to do a lot of work in terms of educating the parents, conversing with the parents about the choice that they made for their child, and, to the extent possible, return kids back to the schoolhouse for a more organic, much more effective education,” he said.

Los Angeles Unified has yet to announce what the schools will look like and how they will differ from the current program at City of Angels. Carvalho said the new schools will rely on a mix of synchronous and asynchronous schooling. Similarly, the Virtual Academy currently relies on a mix of live instruction and independent work, which includes support from online curriculum software, such as Edgenuity.

“Folks are working really hard to see how we can again leverage every single lesson learned from this year and think smarter about how to increase the effectiveness and delivery of instruction, monitoring of instruction,” district Chief of Schools David Baca said at a school board meeting in early February.

The current form of online instruction, however, has frustrated families like that of Erika Mora, who said her sophomore daughter is not getting the academic support she needs. Mora said she had already fallen behind because of the delays in enrolling in City of Angels in the fall, as the school struggled with unprecedented demand. On top of that, she’s had difficulty connecting with some of her teachers.

“I’m hoping that they see the kids are having issues in that area,” she said. “I am hoping that the district does take that into consideration, and maybe have some extra teachers that are more qualified to teach the students and have a virtual Zoom class like they used to when we were in quarantine, so kids could benefit more from it.”

Los Angeles Unified is currently gathering data and conducting focus groups among parents, teachers and administrators as it decides how to structure the online schools. The results, along with more detailed plans for the schools, will be presented for the board to vote on once finalized.

“We anticipate enrollment increasing, not decreasing, so it does cause us to think about planning in a different way — building a leadership structure to support this, even with the students we have right now, 17,900,” Baca said. “[These are] sizable needs. That’s all different learning profiles — English learners, students with disabilities, you name it.”

Teachers have also raised concerns about addressing student needs. Representatives of United Teachers Los Angeles, the union that represents district teachers, asked at the board meeting what the schools would look like and which students would be prioritized and supported.

UTLA representative Ingrid Gunnell asked that the district “provide a clear plan for the public and school board to review and show us how this program will be designed with equity in mind to support our most vulnerable students and prioritize those that most need an online option.”

The district said it will change its reliance on retired administrators and substitute teachers to run the program. Deputy Chief Human Resources Officer Ileana Davalos said that the online schools will be treated like any other school in the district, as will staff transfers. The online schools will first be staffed by teachers who have requested to be there for health reasons and those who express interest, she said.

However, as some board members have said, that approach will likely pull teachers from other schools in the district when the district is already struggling with staffing shortages. The district has also been dealing with a decline in student enrollment, which has been exacerbated by the pandemic. Enrollment this year decreased by nearly 6%, according to district data.

“The district has failed miserably to meaningfully engage with these communities and labor partners,” said Gunnell, the UTLA representative, asking that the plan take staffing and enrollment issues into consideration. “We have an opportunity to do this the right way, to get the support of UTLA and the community.”

As the district continues to put together the plan for the new online schools, it will consider the feedback given by community members, board members and teachers, interim Superintendent Megan Reilly said at the last board meeting. Reilly served as interim until Carvalho became superintendent on Feb. 14.

“This creation of an online academy, which explores and expands independent study in a broader way, [is] about using technology and to create the best quality option,” Reilly said. “Every child is entitled to public education.”