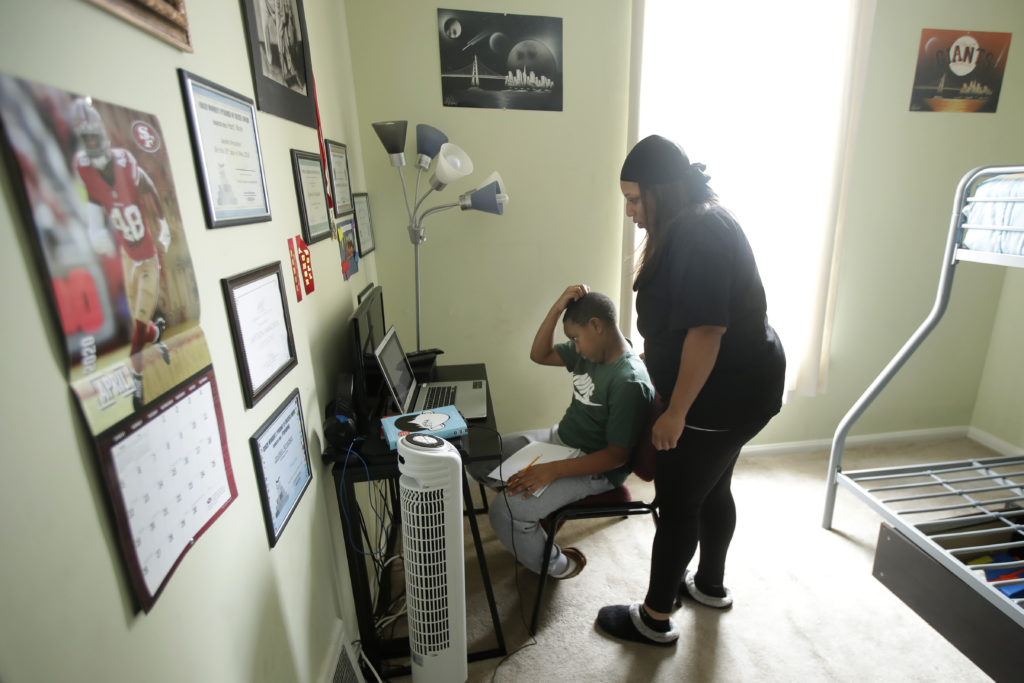 Some say they aren't happy with the online format and curriculum 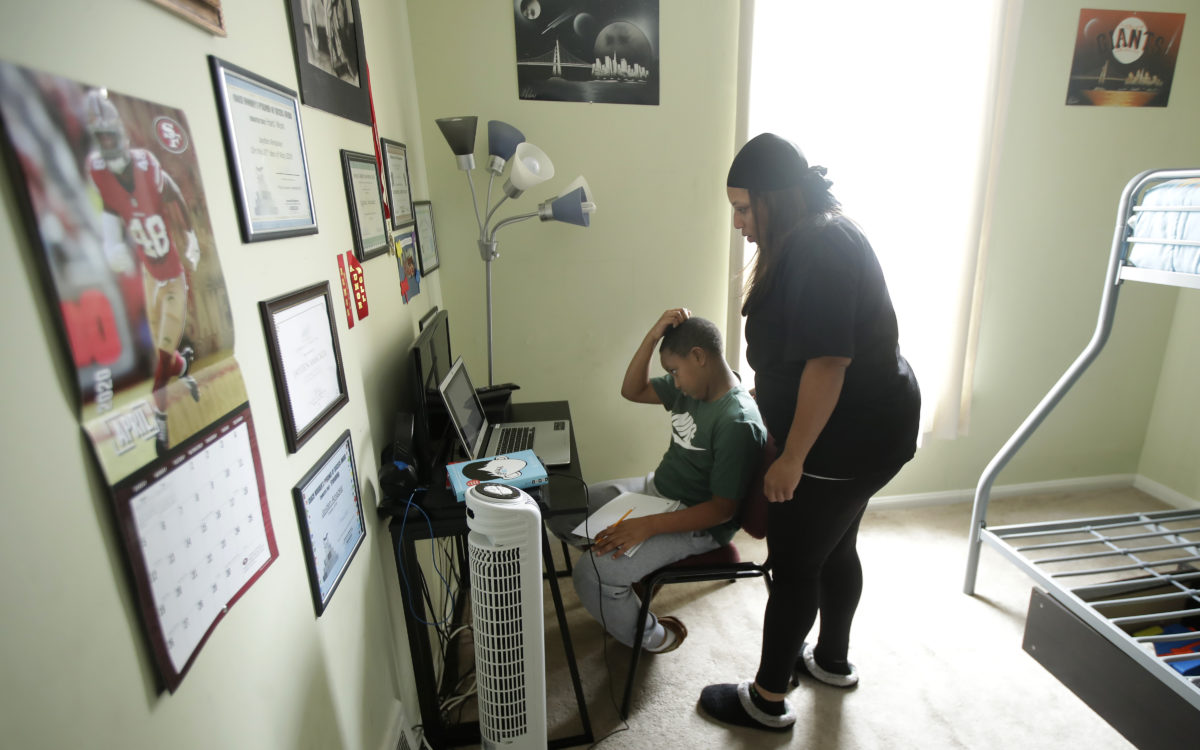 Nearly a month into the second semester of the school year, L.A. Unified parents say the district’s independent study program is more stable than it was in the fall, yet it’s still frustrating.

Though they say they have not dealt with the same chaos and lack of communication as they did last semester, some say they are frustrated with the format and curriculum.

City of Angels school, which already served as L.A. Unified’s independent study program prior to the pandemic, houses the district’s Virtual Academy this school year. The Virtual Academy provides an online learning option for families whose children cannot or prefer not to return to school in person and includes a mix of live instruction and independent work.

At its launch in the fall, the number of students who expressed interest was more than six times City of Angels’ previous enrollment, which led to extensive delays and staffing shortages that parents say continue to impact their children, who are behind in learning. Parents are also unsatisfied with the quality and amount of independent work, which differs from the online format of the last school year. 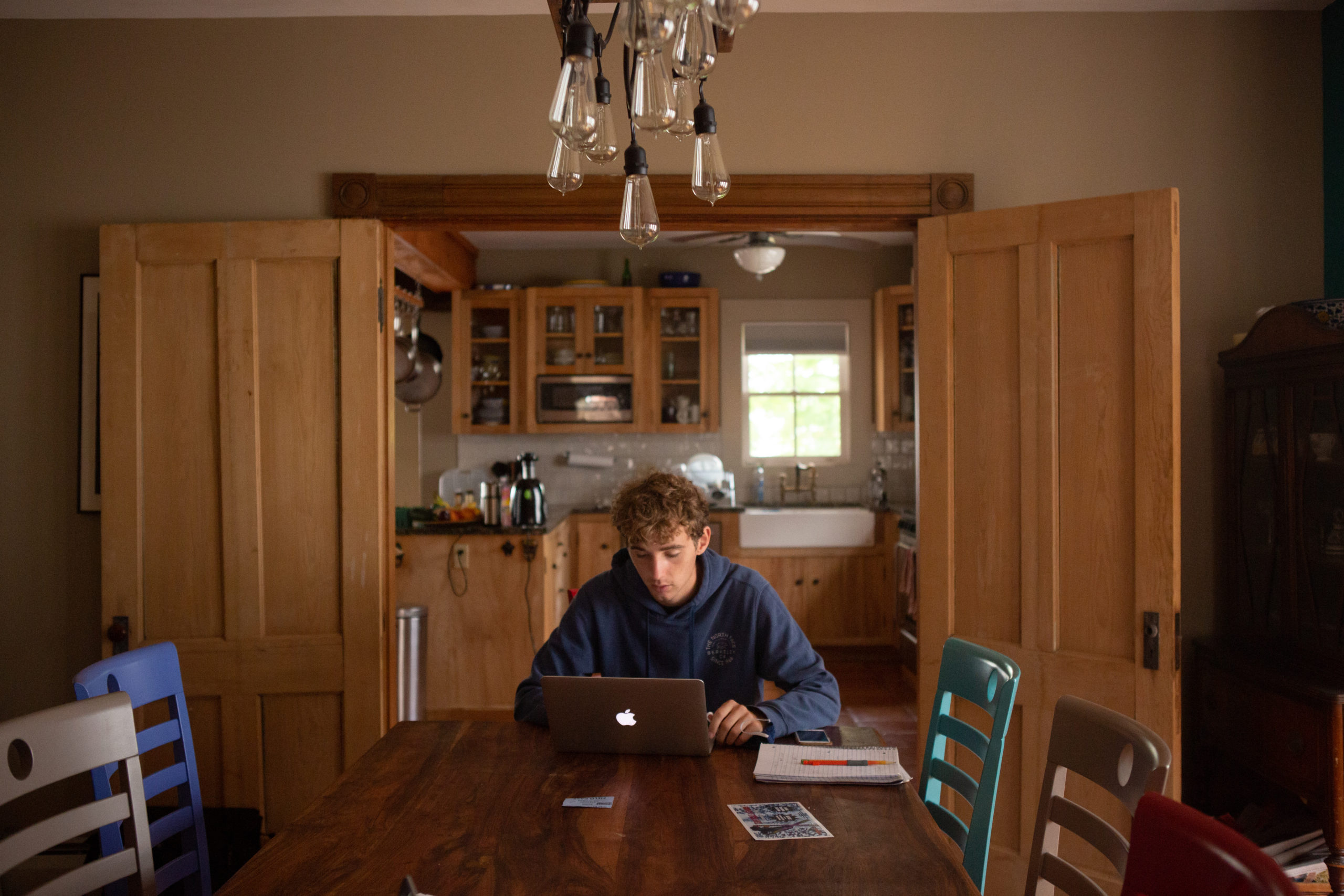 “I don’t know if it’s calmed down or if we’ve just lowered our expectations,” said Michelle Dale, whose daughter is in fourth grade and remains at City of Angels. “We’re like, well, we’ll just do the best we can.”

The district said it continues to prioritize students within the program and provide ongoing support.

“Our staff is prepared to support the family’s specific needs,” L.A. Unified spokesperson Shannon Haber wrote in an email. “We are continuing to work with families to address concerns as they arise throughout the semester.”

Dale hoped the second semester would be the chance for a fresh start. She originally planned to send her daughter back to school in person in January, but once the variant caused the number of cases to surge, she chose to wait. Because she has family members at high risk of contracting Covid, she’s taking it week by week.

“I know that she’s not getting the best education at home, and also, her social skills are starting to really lack from her being at home,” Dale said. “But I don’t really feel like the vaccine is going to protect them enough. And I don’t feel that the school situation is its best.”

L.A. County saw a record number of daily Covid-19 cases recorded the week before classes resumed in January, while hospitalizations that week doubled, according to the county Department of Public Health. With the surge high, some parents, like Dale, chose to keep their children online.

There are now 17,706 students enrolled in the independent study program, up 10% from the end of the first semester.

At least 1,500 students have left the program since the end of the first semester, while more than 3,000 new ones have enrolled. Schools throughout the district have also dealt with many absences since the beginning of the semester as families with children attending in-person classes kept them home during the omicron surge.

“I was like, if we follow the pattern of last year, there’s going to be the winter surge,” said Sabrina Siegel, who has chosen to keep her second grade daughter home for the semester. Her daughter was enrolled in independent study in the fall. “Everyone’s going to meet up with families, go on vacations, be maskless because no one cares. And then we’re going to have spikes, and we did.”

With more teachers and administrators than it had in the fall, L.A. Unified said it considers itself more prepared for any fluctuations in enrollment. Now, students are being processed for independent study within one to three days.

“Since the start of the school year, staffing has stabilized as most substitutes were replaced with teachers from school sites,” spokesperson Haber wrote in an email. “In addition, administrators have been assigned to support and oversee the daily operations of the online program.”

However, Siegel said the problems and delays the program experienced in the fall haven’t fully gone away. Her 7-year-old daughter’s class is three weeks behind schedule because of the slow start. Along with the other students in fifth grade and below, her second-semester curriculum officially started Tuesday. However, Siegel said she still doesn’t have the new class workbook, and neither do most of the students in the class.

“This happened first semester too,” Siegel said. “And now we’re all sitting here, and we started, and we don’t have books. So now we’re back to printing them or finding ways online to be able to edit.”

Juanita Garcia, a former district teacher whose grandson is a high school junior enrolled in special education, said she’s relieved that the program has become a bit more stable over the last few months but feels as if her grandson isn’t learning as much through the program as he would in person. She wishes her son could return to San Fernando High School, but he suffers from severe anxiety attacks and is terrified of Covid-19, ruling out that option. Her grandson receives support from Department of Social Services staff, who visit the house for therapy and counseling, which she’s found to be more helpful than the district’s special education while he’s online.

“Everything made it seem better for him to stay in the program even though I personally am not very satisfied with it,” Garcia said in Spanish. “It lacks structure, but it was worse at the beginning.”

A month into the semester, the number of students entering and exiting City of Angels continues to fluctuate. Carmel Levitan has two children who started the school year online and are now back at school in person in hopes of a stronger learning environment. Because of the increase in Covid-19 cases, she chose to delay their switch to in-person instruction until the second week of this semester once she had connected with teachers and staff at Eagle Rock Elementary and Magnet Center. She said she wanted to make sure protocols were in place to ensure the risk of infection was minimized.

Her first grade and fifth grade children carry a carbon dioxide sensor with them in their backpacks that she can check when she sees them to monitor ventilation in their classrooms. Each day, Levitan or her husband will drop by the school to eat lunch with their children so that they don’t have to be unmasked around their classmates.

“The City of Angels online program had more challenges,” Levitan said. “It wasn’t well-designed. The things I had my kids do were not necessarily sensible. My oldest child would finish homework before the school day was done.”

The change was most important for her first grader, who had no opportunity to go to school in person until now. Levitan said being in the classroom has helped spark interest in what she is learning and is helping her grow in areas that were hard to improve during remote instruction, including writing her letters. Not only that, but it’s helped her build relationships in a way that wasn’t possible online.

That’s something both Siegel and Dale also worry about with their elementary school children. It’s what’s made the decision to stay online a bit more difficult, they each said.

“It’s so hard, because you’re just toggling between what’s best socially as opposed to what’s best healthwise,” Dale said. “I know everybody in my house is vaccinated, but my mom is very susceptible to breathing problems and things like that.”