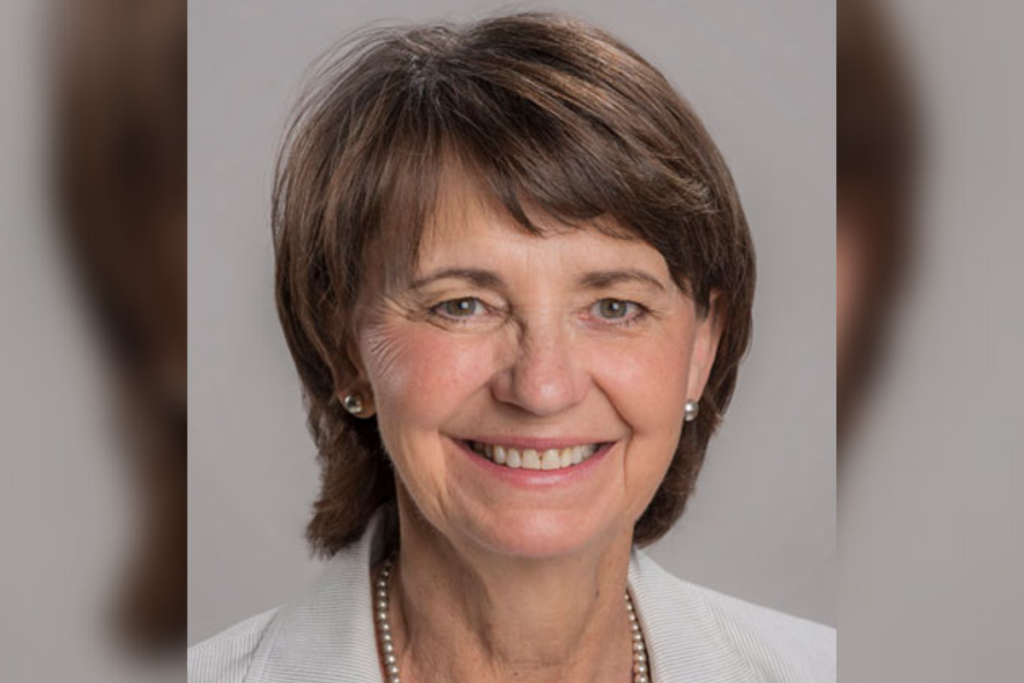 Chico State Provost Debra Larson announced her immediate resignation late Friday afternoon, a little more than a week after EdSource reported that she signed off on the light discipline of a biology professor who had an affair with a graduate student, clearing his way to promotion.

The professor, David Stachura, later allegedly told his estranged wife he wanted to kill two professors who cooperated in the sex investigation. A biology lecturer said Monday that Stachura made similar threats to her.

“I am no longer your provost,” Larson, said at the end of a four-and-half-hour Academic Senate meeting. A vote of no confidence in her by senators failed shortly before the announcement, with those in opposition saying it should be taken after more is known about the Stachura case.

Larson said she had been planning to retire and return to her native Midwest to help care for ill family members. But the Stachura case, “has certainly impacted me,” she said. “It is the right time for me to step away from Chico State.” She has worked there since 2017 and is the former dean of Cal Poly San Luis Obispo’s engineering school.

A teaching assistant in the biology department, Molly Tuttle, said at the Academic Senate meeting that Larson was resigning to avoid accountability. She’s “turning tail and running,” Tuttle said.

Senators debated at length whether to include a no-confidence vote in a lengthy resolution on the Stachura scandal that eventually passed. It included asking the California State University trustees to conduct an independent investigation of how Chico State handled Stachura and for the campus to file for a gun violence restraining order against him under California’s “red flag” law.

Acting campus Police Chief Christopher Nicodemus said at the meeting that Stachura turned in weapons to campus police Thursday. It was not clear how many. When his estranged wife, Miranda King obtained a restraining order against Stachura last year, a judge ordered him to turn over weapons to Chico Police. That restraining order has expired. Stachura said in an interview on Nov. 29 that he had not yet retrieved those weapons.

The restraining order request was pushed by biology professor Kristen Gorman, who urged the Senate to “prevent (Stachura) from having guns and buying guns.”

On the date the CSU Chancellor’s Office rejected his appeal in the sex case, Oct. 15, 2020, EdSource reported last week, he bought two boxes of hollow-point bullets and more than 50 rounds of 12-gauge buckshot shotgun shells. In an interview with EdSource, Stachura twice said he couldn’t remember the purchases, then said the date was a coincidence.

Stachura is on administrative suspension while the university investigates the new threat information from the biology lecturer. He is banned from campus and has surrendered keys and swipe cards to buildings. Holt Hall, home to the biology department, is under police watch.

The Senate resolution also called on the university to fire Stachura immediately and for a comprehensive effort to ensure the campus is safe, and that students feel safe there before classes resume next month.

Friday’s Academic Senate meeting, the third in a little more than a week on Stachura, lasted more than four hours on the last day of the fall semester and capped a week of outrage and expressions of fear at the 16,000-student school.

EdSource reported Dec. 8 that a university investigator found in 2020 that Stachura, 44, had a consensual sexual affair with a graduate student whom he supervised, a violation of the university sexual harassment policy meant to stop academics from coercing students into intimate relationships.

Two female professors who say they heard Stachura having sex with the student in his office and found them in his office with a futon open into a bed and the room reeking of sex, cooperated with the investigation. One of the professors also said she saw Stachura and the student kissing in a lab. Stachura denied the affair, a claim he continued in an interview with EdSource.

The university settled the matter with Stachura on Dec. 1, 2020. He was suspended without pay for a third of the semester. He withdrew an application for promotion to full professor with tenure. The university agreed to not place the investigation in his personnel file, allowing him to reapply for the promotion, which was later approved. He was also named the university’s “Outstanding Professor” of the 2020-2021 academic year, an award that was rescinded Wednesday.

Larson signed the settlement agreement for the university. Since the scandal broke, she and Hutchinson have said they were limited in what could be done about the case. The student also denied the affair, and there was concern that if Stachura took the case to arbitration he might not have been disciplined at all.

Friday, Larson again said she and her staff were limited in the matter. “They and I did the best we could,” she said.

In an apology to the campus after more than 900 students, faculty and staff attended an emotionally fraught online meeting Monday, Hutchinson said, “We are resolved to do better.”

At the end of Friday’s meeting, math professor Rick Ford offered a blunt assessment of the situation.

In order for students to feel safe and for their parents to send them to Chico State, there is much work to do, he said, adding, “We have a very damaged reputation in the public’s eye.”