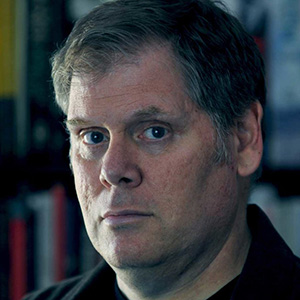 Thomas Peele is an investigative reporter at EdSource. He is a Pulitzer Prize winning investigative reporter. His journalism career began in 1983 at a small weekly newspaper. He has a B.A. in journalism from Long Island University and an MFA in writing from the University of San Francisco. In addition to his Pulitzer for stories on the tragic Ghost Ship fire in Oakland, he has won more that 70 journalism awards including the (Ralph) McGill Medal for Journalistic Courage, and the Tom Renner Award from Investigative Reporters and Editors for reporting on organized crime. He is also the author of Killing the Messenger, a book about the 2007 assassination of Oakland journalist Chauncey Bailey. Prior to joining EdSource in 2020, he was an investigative reporter for the Bay Area News Group for 20 years. He is also a continuing lecturer at the UC Berkeley Graduate School of Journalism.

All articles by Thomas Peele

Chico State president says she will do all she can to get CSU to review how the university has handled the David Stachura matter.

Chico State University got multiple reports of allegations that professor David Stachura had threatened to kill colleagues who had cooperated in an investigation of an affair with a student he supervised.

President suspends David Stachura following a day of uproar on campus "so we can finish the semester without further disruptions."

CSU is auditing the handling of Title IX cases at all 23 campuses. Investigators visited Chico State in September.

Quincy High School A.D. cleared to return to work after investigation into his hiring

Adjuncts representing eight California community college districts statewide are suing for back pay to cover time spent outside the classroom meeting with students and other course work.

State test results that will reveal how students fared through the pandemic will be released in October, a state official now says. This is a reversal of of the state's position just last week in which it refused an EdSource public records request to release the data.

Assembly Bill 1856 would have allowed adjuncts to teach as much as 85% of a full-time teaching load, or roughly four classes a term, a level that would qualify them for health care coverage.

A former San Jose State baseball coach found to have sexually and racially harassed his players was put on leave from Plumas Unified School District where he is being investigated for "potential misconduct" since joining the district in 2018.

Records show students suffered sexual advances from faculty. Some professors were suspended or fired while others resigned or retired.