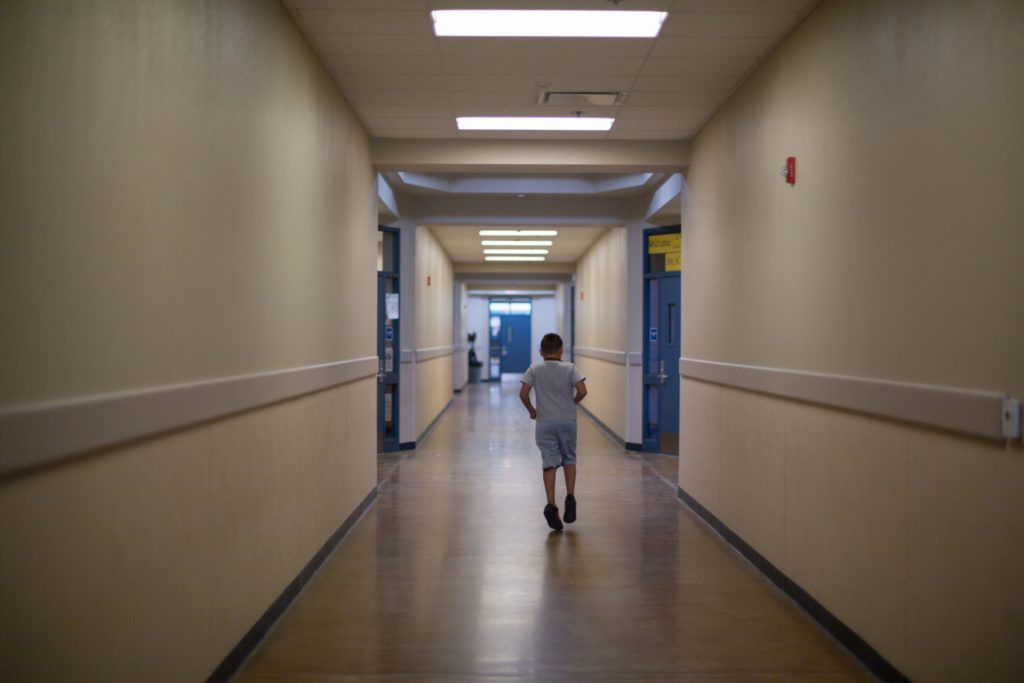 ‘Invisible’ homeless students may be missing out on services they need. 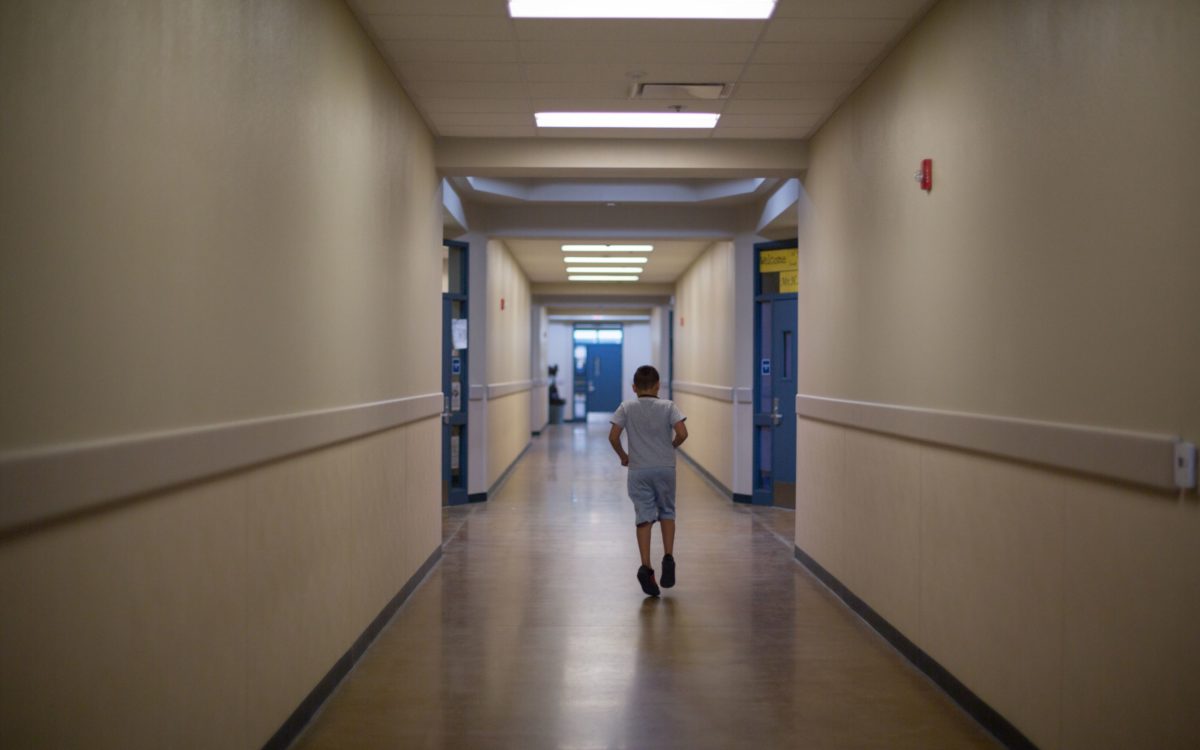 After years of steadily rising numbers of homeless youth in California, schools saw a significant drop during the last school year in the official tally of homeless students — leading some advocates to warn that thousands of students may have gone uncounted during the pandemic and are not receiving services they need.

In 2019-20, California schools reported to the state that a total of 194,709 students lived at least part of the year on the street, in cars, shelters, motels or “doubled up” with other families in houses or apartments. That represents a 6.2% drop from the previous year, before the pandemic upended education in the state and nationally.

Homeless students are among the groups most likely to experience learning loss during the pandemic, according to a report by the consulting firm McKinsey & Company, so the lack of services may have long-lasting impacts on their academic careers.

“These students are invisible,” said Barbara Duffield, executive director of Schoolhouse Connection, a homeless advocacy organization based in Washington D.C. “I’m very concerned about the plight of homeless families right now, because we know they’re out there, they’re just not being identified.”

Considering the pandemic-related increase in unemployment and California’s relatively high housing costs, advocates say the number of students experiencing homelessness this year should be higher than the previous year. One big contributing factor: only about half of California tenants had “high confidence” they’d be able to pay their next month’s rent, according to a U.S. Census Bureau survey in November.

But since schools shifted to distance learning last March, teachers and other school staff, such as attendance clerks and secretaries, have had a harder time identifying homeless students. Students frequently turn their video cameras off, or stop logging on entirely.

Others may be reluctant to admit they’re struggling with basics like housing. As Jevon Wilkes, executive director of the California Coalition for Youth, put it, “Who wants to admit you’re homeless? All too often we treat the homeless like trash.”

Even before the pandemic, schools tended to undercount homeless students, according to a state audit released in 2019. In general, between 5 and 10% of a school’s student population that qualifies for free or reduced-price lunch is likely homeless, the audit said. But most schools report far lower numbers than that. San Joaquin County, for example, had 97,625 low-income students, but reported only 3,681 homeless students, just over 3% of their school population.

Schoolhouse Connection also found that large numbers of homeless students have not been accounted for since campuses closed. The organization recently surveyed 1,400 school “homeless liaisons,” the district staff members assigned to count homeless students and work closely with them. They reported a 28% drop from the previous year in the number of homeless students identified at schools nationwide.

There is also the possibility that efforts to fend off homelessness during the pandemic are having an impact. Homeless advocates point out that thousands of homeless and very low-income people have been helped through state and local programs since the pandemic began.

As of November, for example, at least 22,000 homeless people in California were sheltered in hotels through Project Roomkey, a state program. More homeless families are expected to be housed through its offshoot, Project Homekey, which provides grants for cities to convert motels and vacant apartment buildings into permanent affordable housing. In addition, a statewide eviction moratorium enacted during the pandemic has helped hundreds of thousands of families stay in their homes.

It may be too early to gauge the full extent of the pandemic’s impact on California’s very low-income families, said Gary Painter, director of the Homelessness Policy Research Institute at the University of Southern California. But so far, the signs indicate that more, not fewer, families are struggling with finding stable housing, he said.

“All of us are worried,” Painter said. “It’s hard to speculate, but we do know that barriers for low-income households have multiplied. What I worry about is that we’ll have an even larger undercount than before.”

In San Diego County, the number of homeless students reported to the state stayed about the same between 2018-19 and 2019-20, at just under 16,000. That was a surprise to Susanne Terry, the homeless liaison for the San Diego County Office of Education.

“If the numbers are authentic, that’s great, but it’s just not aligning with what I’m seeing,” she said. “It’s really concerning to see the numbers (in districts’ tallies) go down because that means we’re missing a lot of students.”

Terry and her colleagues have been scouring shelters in search of children who may have fallen through the cracks. They found numerous students at the San Diego Convention Center, which the city had converted into a homeless shelter in April in response to the pandemic-related economic crisis. When they find families, Terry and her crew ensure the children have tablets and other school supplies they need for distance learning, and the families are connected to social services.

Terry has also trained teachers and school staff on how to identify signs a student might be struggling with housing insecurity, such as video cameras persistently turned off or background environments that are noisy, crowded or obviously not a home — such as a car or fast-food restaurant. She encourages teachers to talk to students one-on-one, and get a better idea of the challenges each student is facing.

Terry also urges schools to include information about obtaining housing and food on every piece of communication that’s sent to parents, even minor emails.

Still, she worries it’s not enough. And the students who are most likely to be unidentified are those who were facing challenges even before the pandemic, due to poverty or trauma, she said.

“If you don’t feel connected to school in the first place, it’s really easy to disappear,” she said.

In Monterey County, where approximately 12% of the county’s 77,000 students are reported as homeless, staff at the County Office of Education are working long hours to keep track of students during campus closures.

Donna Smith, the county’s homeless liaison, and her colleagues visit shelters, homeless camps and food banks looking for families. They coordinate with county social services and local charities to help families get housing vouchers, meals and health care. They talk regularly to teachers and school secretaries, advising them to be on the lookout for red flags suggesting housing instability.

One thing they’ve learned is that simply asking a student or their parents if they’re homeless doesn’t work, Smith said.

“Most people would not admit to being homeless, no matter what their circumstances are,” she said. “You really have to dig a little deeper.”

Monterey County Superintendent of Schools Deneen Guss said that homeless students have been a priority in the county for several years, based on the growing numbers she has seen. Monterey County has many migrant laborers who work on farms in the inland areas, as well as low-paid restaurant and housekeeping workers in the coastal, tourist areas. The cost of housing remains relatively high, leaving thousands of families to struggle with rent.

“We do whatever it takes,” Guss said. “Why? Because no child should have to come to school acting like things are normal, when they’re not normal. If we can identify these students, there’s a lot we can do to help families get the services they need.”

Wilkes, executive director of the California Coalition for Youth, said that the actual count of homeless students is irrelevant. The numbers are still far too high, regardless of whether the numbers recorded by districts fluctuate slightly from year to year.

While some school districts do a great job identifying these students, others could do more, he said. Too many treat the McKinney-Vento Act as just another box to check, he said.

“Children thrive with stability. If they’re bouncing from one place to the next, they’re not going to learn,” he said. “To reach these kids, it takes trust, it takes sincerity, it takes time. Talk doesn’t cut it. Someone needs to give a damn.”