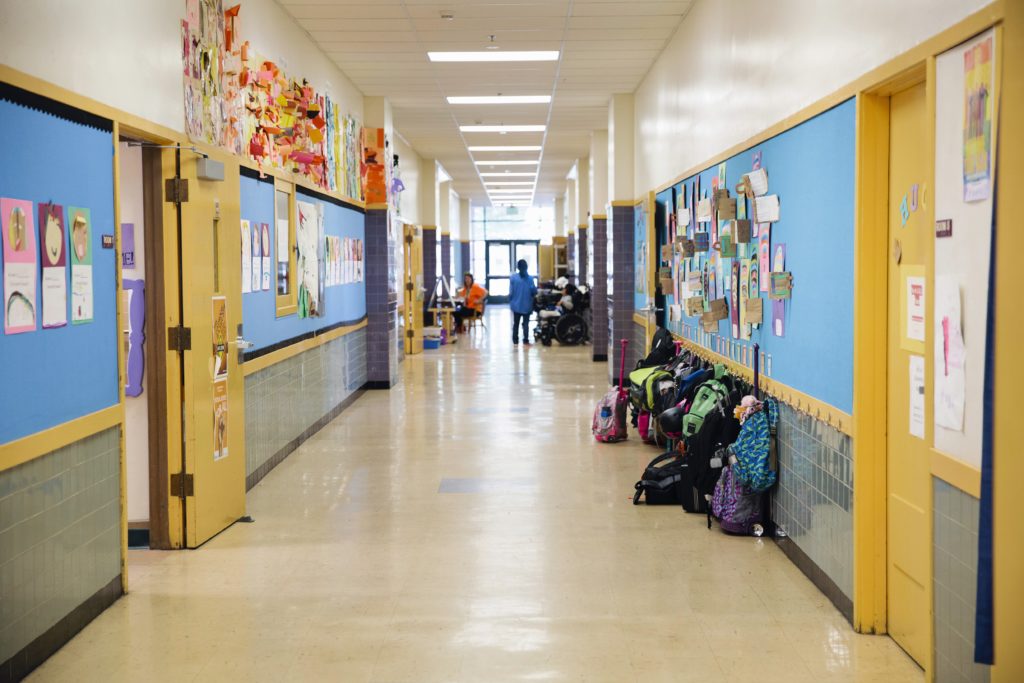 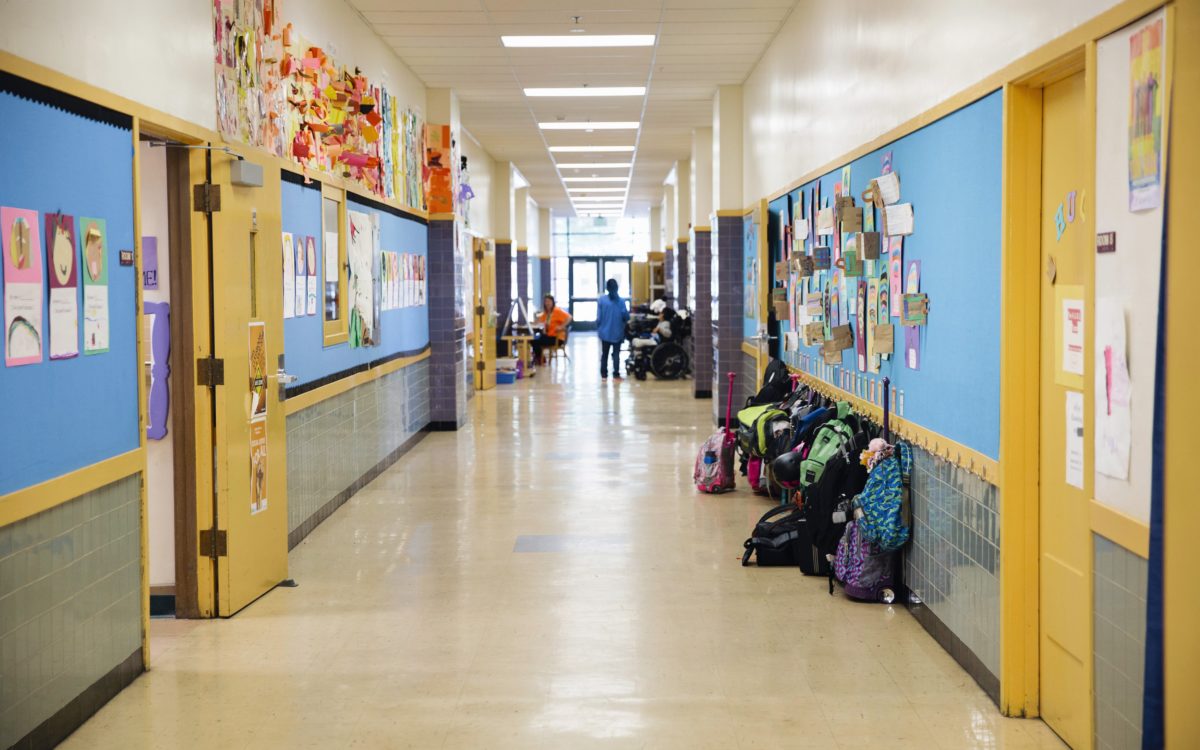 As schools rush to provide students with tablets, worksheets and regular check-ins with teachers during the pandemic, one group is proving elusive: those without permanent homes.

California’s 195,000 homeless students have been harder to contact, and are more at risk of falling behind, than their peers during the school closures, school officials and advocates said.

Since the shelter-in-place and social-distancing orders began in March, many homeless families have had to move because their informal living arrangements — doubled up with other families, for example — have fallen through. Others have lost jobs, leaving them with no way to pay motel bills. Some have left shelters due to fear of contracting the coronavirus.

“Identifying and contacting homeless students and their families is always a struggle, but now it’s so much harder,” said Susanne Terry, homeless services coordinator for the San Diego County Office of Education. “School was the one place where we could connect with kids and they had some stability. Now we’re concerned about losing track of families, and kids falling through the cracks.”

Under the federal McKinney-Vento Act, school districts are required to count homeless students and provide them extra services, such as transportation or school supplies. Homeless students include those who are living outdoors, in shelters, motels, or cars, “doubled up” with other families or couch-surfing.

The law remains in place during the school closures, which means that schools need to ensure homeless students are still receiving those services. For example, if a homeless student doesn’t have transportation to pick up a free lunch or tablet at a school site, the school needs to provide it, said Barbara Duffield, executive director of Schoolhouse Connection, a Washington, D.C.-based nonprofit that advocates for homeless young people.

Complicating matters, the number of homeless students is increasing as parents lose jobs and are unable to pay rent. The numbers are expected to increase further as state and local eviction moratoriums expire, Duffield said.

The federal Coronavirus Aid, Relief and Economic Security Act, signed in March, includes $13.5 billion for schools. But none is earmarked specifically for homeless students. Her organization is pushing schools to use some of their funds to help homeless students.

Alexander, a high school junior who did not want to give his real name because of his living situation, is staying at a motel in San Diego with his parents and three younger siblings. His mother lost her job at an after-school program when schools closed in mid-March, and his father has seen his sales business dry up.

Alexander doesn’t know how long they can afford to stay at the motel, or how they’ll eat once they run out of money. He said he’s also worried about contracting the coronavirus because social distancing is almost impossible and he suffers from asthma.

His school gave him a Chromebook but internet access at the motel is spotty, and concentrating is almost impossible. He spends much of his day helping his younger siblings with their school work, leaving little time or quiet for his own work. When he needs to focus, he takes his Chromebook to McDonald’s and uses the Wi-Fi there, he said.

“I miss school. I miss my friends and my teachers. I miss sports,” he said, adding that he plays on the school’s flag football, basketball and volleyball teams. “It’s hard but I’m just trying to do my best, make do. I’m grateful for what I have.”

In rural Lake County, Healthy Start director Ana Santana has been driving across the county every day in search of homeless — and newly homeless — families, making sure they know what’s available to them. Healthy Start is a state-funded program that offers health care, parenting classes, counseling and other services for low-income families and foster youth.

Because so many Lake County residents worked in the service and recreation industries, unemployment has increased dramatically since the closures began. All four of the county’s casinos have closed, for example.

Food is a particularly urgent need for families, Santana said. The number of people turning to local food giveaways has doubled or tripled in the past few weeks. And the rugged, 1,330-square-mile county has only a few grocery stores, meaning that food shortages have been particularly dire.

“We were a food desert before this even happened,” Santana said.

But while students say they miss school and seeing their friends, their overall mood has been upbeat, she said. In general, the homeless tend to be resourceful and less fazed by life’s obstacles, she said.

“They’ve already done wildfires, floods, recession,” she said. “This is just another disaster. These are people who are amazingly resilient.”

At Dreamcatcher, a shelter in Oakland for homeless youth, the school closures have not been particularly disruptive because many of the residents didn’t attend traditional schools anyway, said shelter manager Dwayne Chenevert.

Most are teenagers who immigrated alone from Central America, fleeing violence and poverty. The majority are enrolled in alternative schools that have flexible schedules and online offerings, so students’ routines have not changed greatly due to the pandemic, he said.

“To be honest, the hardest part is the shelter-in-place order,” he said. “We have to enforce it. We tell them, you can’t go out, you have to wash your hands, wear a mask. But they don’t like it. So we have a little battle on our hands.”

To keep students occupied during the day, the shelter has a regular schedule: school work from 9 a.m. to noon, then an assortment of art activities, computer time, snacks, games, therapy and other activities in the afternoon. It’s not ideal, but so far it’s working, he said.

The fear, he said, is that some students will lose their connection to school and a major source of stability in their lives. Already, some families have moved to nearby Tijuana, Mexico, where motel rooms rent for as low as $50 a week, compared to $600 a week or more for the cheapest motel rooms in San Diego.

“Literally, every day, we’re asking, are you OK? Are you online? Do you need anything? Do you need moral support? That social-emotional connection is the heart of it,” he said. “Not just for homeless kids, but all kids, actually.”

Duffield, at Schoolhouse Connection, said that while some school districts are making extra efforts to contact students, many are not. She worries that students will drop out, increasing their chance of remaining homeless over the long term.

“There’s no malicious intent, but nonetheless districts have a spotty understanding of what they’re required to do,” she said. “Helping homeless students should always be a priority, but now even more. After all, education isn’t less important in a crisis. It’s more important.”