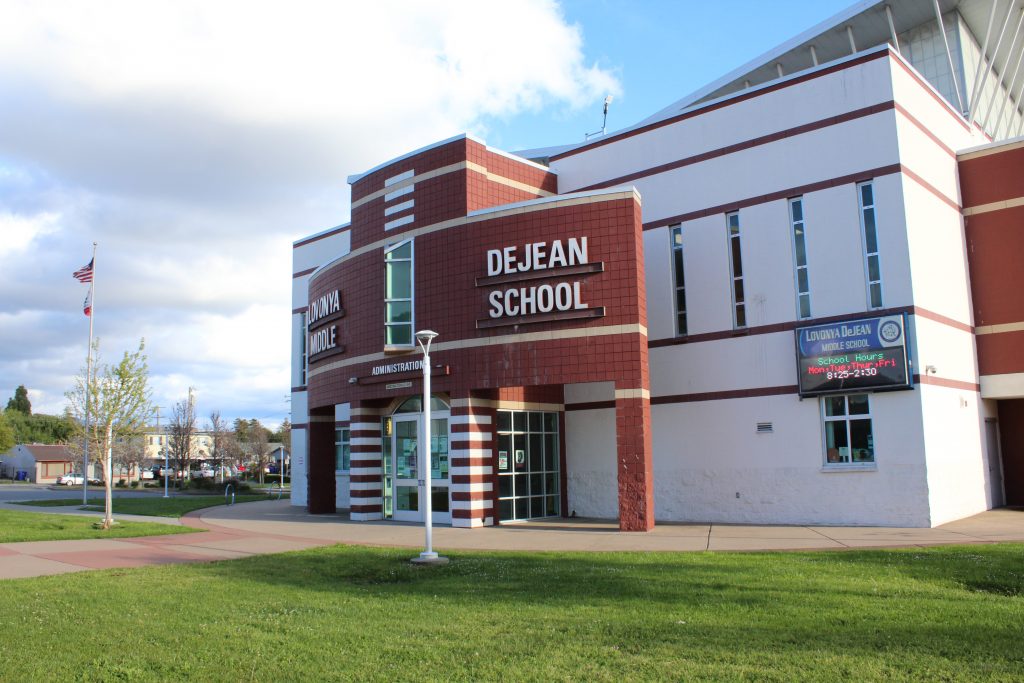 The superintendent in West Contra Costa Unified says his district is losing enrollment as students finish sixth grade. Rather than move on to middle school, they often jump to charter and private schools.

Superintendent Matthew Duffy thought he had a solution by converting six K-6 elementary schools into K-8 schools, which feed into DeJean Middle School, the only middle school in Richmond. The district could even convert that school into an arts campus to attract students from across the district.

“We’re now proposing that we begin that transition next year,” Duffy said at Wednesday’s board meeting, adding that the district, which includes Richmond and other communities, surveyed parents at the six schools and found that at least 80 percent of 6th grade families would send their children to the elementary schools if they offered 7th grade next year and 8th grade the year after that.

Duffy proposed putting the plan in motion by Jan. 21, but he was shut down by the school board, middle school staff and some community members, who said he needed to seek board approval before he could move forward. They also said that he should better engage the community about the idea and further research the pros and cons of such a change.

Duffy wanted to finalize the transition by next Tuesday when open enrollment begins in the district, to ensure parents and students would have the option next year of staying in elementary schools that would begin offering 7th and 8th grades in the next two years.

His attempt to announce the plan as a done deal for next year, however, backfired. 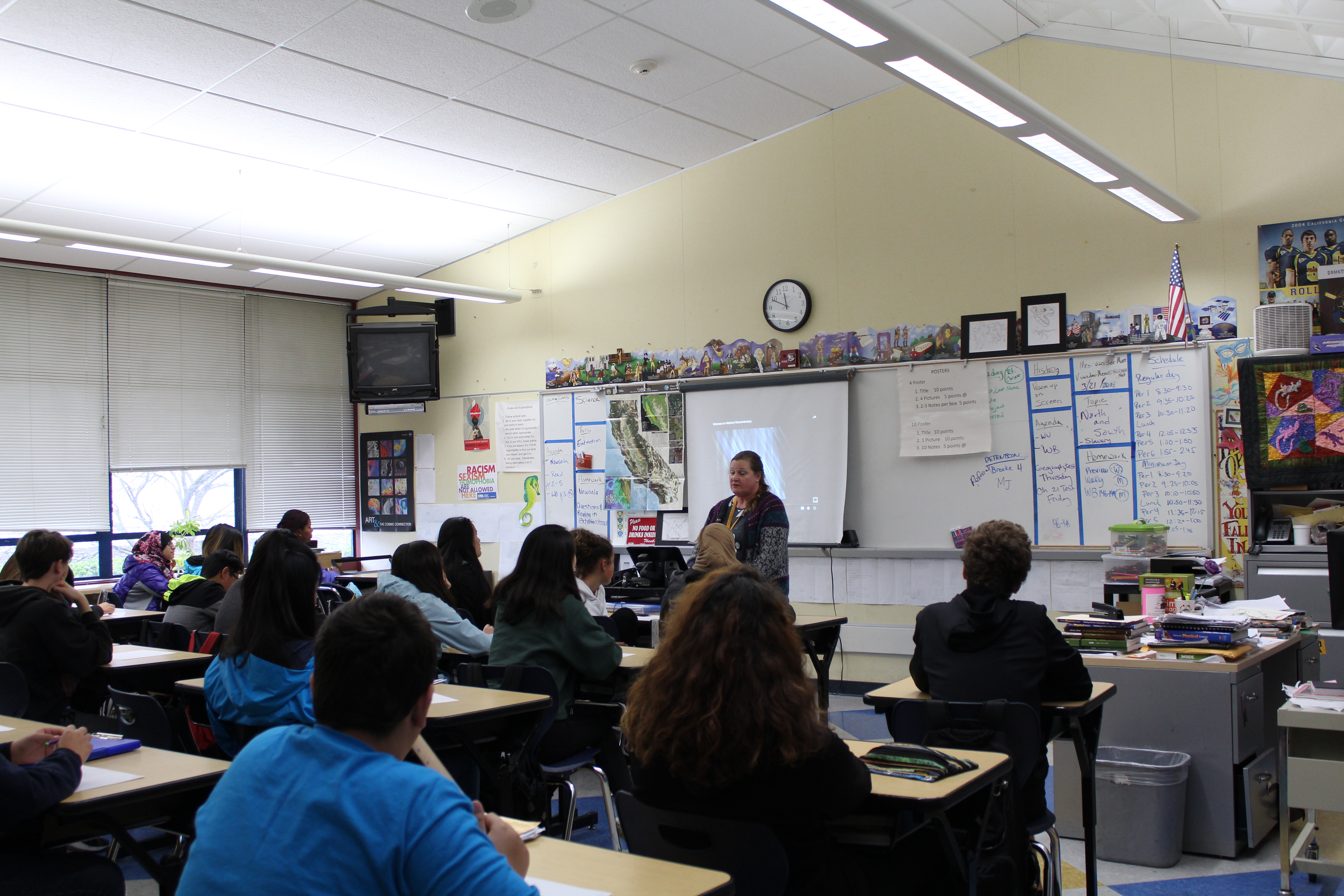 “I just feel like we’ve had no serious analysis,” said board member Tom Panas. “I would want to see data about how the other new K-8s are doing,” he added, referring to the three other district elementary schools that were converted to K-8s last year.

Duffy’s decision to announce the change before seeking board approval is causing confusion in the community, where some elementary school parents have already received letters from the district informing them that they could send their children to their elementary schools instead of to the middle school next year. It also stunned the DeJean Middle School staff, including the principal, who said they have been making progress toward academic and attendance goals, as well as with staff retention.

Nearly two dozen speakers opposed the plan, saying it was too rushed and not well thought out or communicated to the staff and the community. No one spoke in favor of the proposal, which would affect the Wilson, Nystrom, King, Lincoln, Grant and Coronado elementary schools, that are all in Richmond. 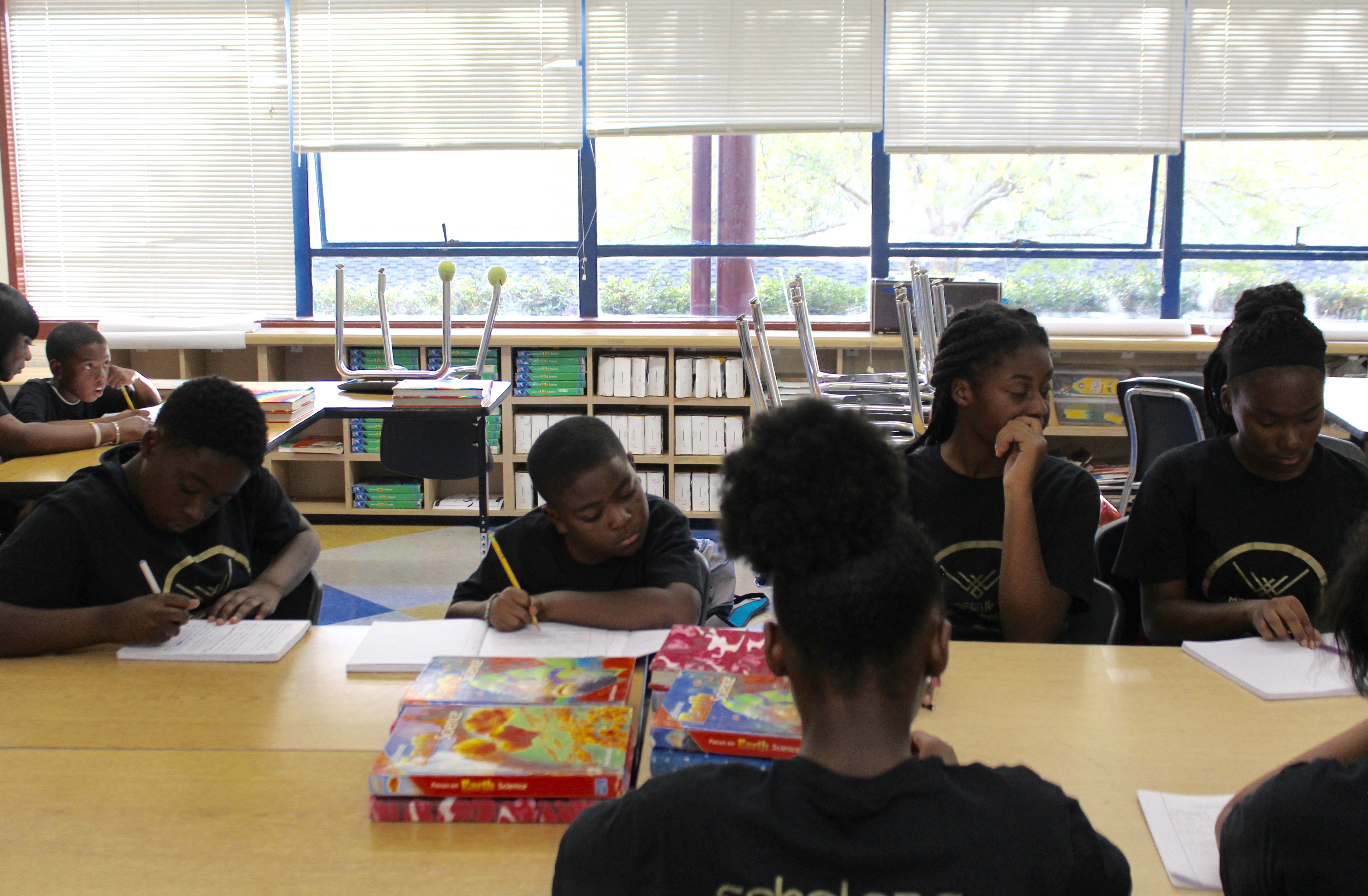 But some African American parents, who earlier in the meeting persuaded the board to adopt a new plan to spend $7 million on improving supports for African American students, especially at schools with a high population of those students such as DeJean Middle School and the six elementary schools, said they felt like their campuses were being “targeted.” Some also said middle school provides students with important opportunities to mature and to enjoy options such as band and sports that may not be available at elementary schools.

Those parents who want their children to attend a middle school might have to spend more time transporting them to middle schools farther away from their homes.

Emma Erbach, executive director of the United Teachers of Richmond teachers’ union, blasted Duffy’s presentation, calling it “a disgrace” that was “shoddy and misleading and based on false data,” noting that the surveys were not comprehensive.

“The unions were not notified,” she said angrily. “My teachers were calling me crying over the weekend. Your poor decision-making, Matthew Duffy, has caused trauma to the community.”

Board member Mister Phillips agreed with Panas that more details were needed before the district could commit to such a change.

“Anytime we’re talking about closing schools, that’s not a decision for staff to ever make,” he said. “That’s a decision that should always be made up here (on the board dais) with input from staff and the larger community.”

Phillips said he had looked at the test scores for the elementary schools and that most were doing worse than DeJean, so he questioned how leaving students at their elementary sites would help them. Several DeJean teachers pointed out that the students they receive in 7th grade are often working several grade levels below that and need intensive interventions to catch up academically.

The only elementary school with better test scores, Phillips said, was Wilson Elementary. He said he knew parents there wanted the K-8 option, so he would support it at that site. He also said he would like to see a school of the arts in the district, but it’s too early to move in that direction without more analysis of the district’s options.

All three other board members also lambasted Duffy for his attempt to rush this decision through. Board president Stephanie Hernandez-Jarvis said she felt “blindsided” by the proposal, which she called “half-baked.”

Duffy defended himself, saying the board and community often call for bold changes, but he’s not sure they are really committed to making them. Board members said they’re not against changes, but they need to be thoughtfully considered and well-communicated to allow for wide community input.

Board member Consuelo Lara said she was “shocked” to see this presented as a foregone conclusion. However, she said she didn’t necessarily think it was a bad idea and asked Duffy to present more information at a study session in the future.