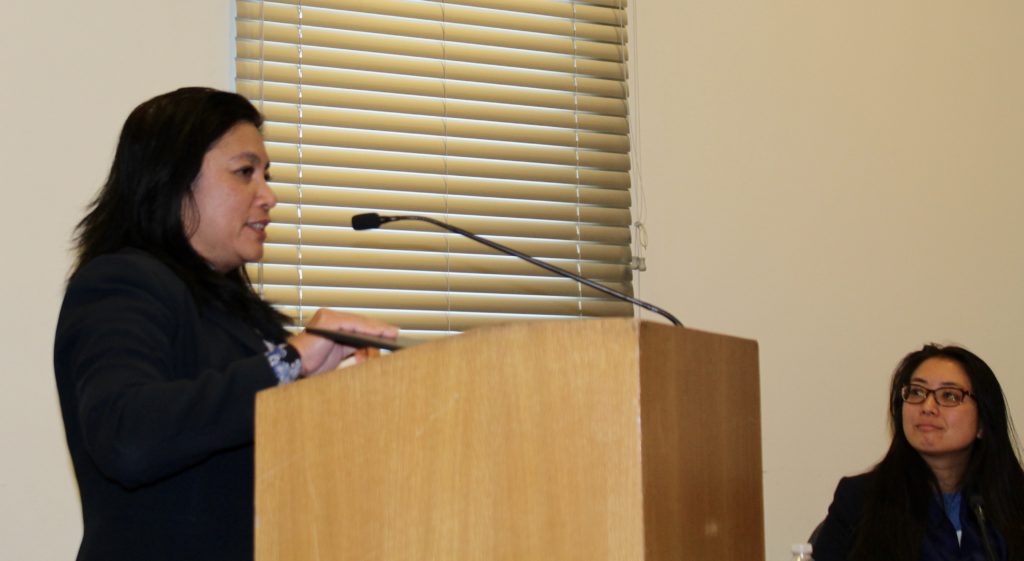 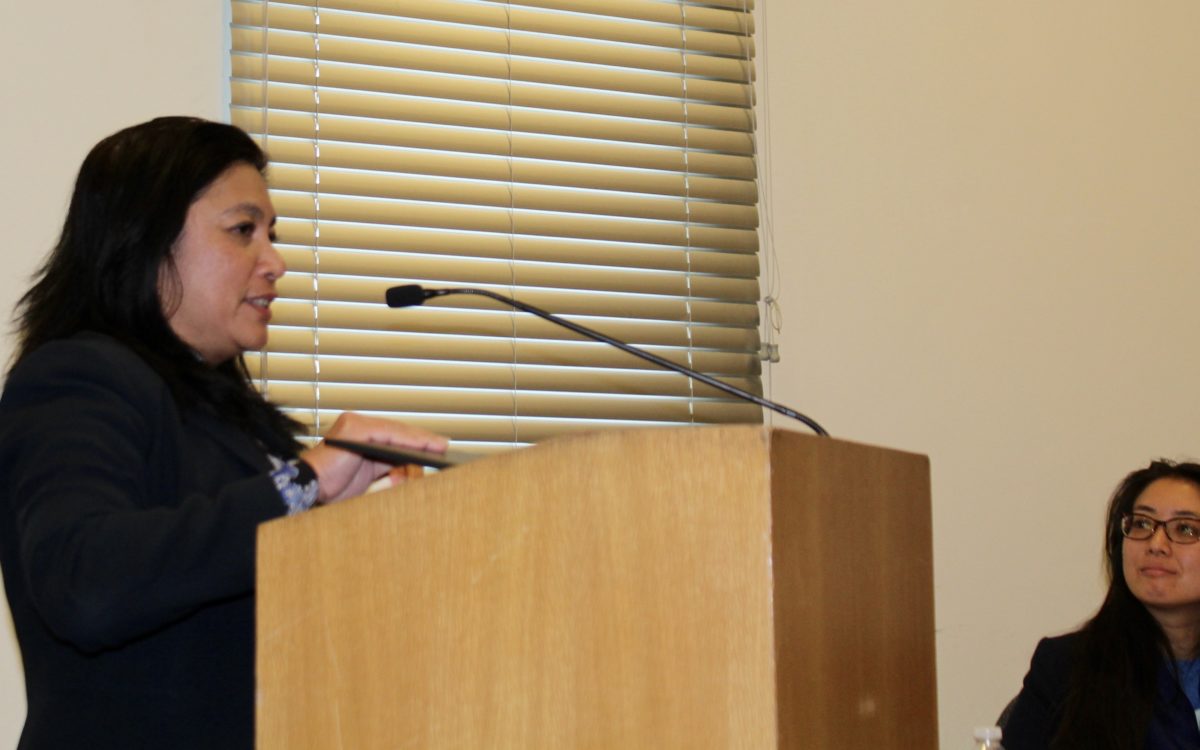 As Oakland Unified struggles to balance its budget and build community trust, it is dealing with the abrupt resignation of its chief financial officer just a month after it eliminated its chief business officer position.

At the same time, the district must create a third budget revision for county education officials who have challenged the district’s three-year budget projections, claiming that they overestimate revenues and underestimate expenses.

CFO Ofelia Roxas was hired last July, shortly after the district hired Chief Business Officer Marcus Battle. The hires were part of the district’s attempt to address fiscal problems outlined in a critical report that cited sloppy practices and procedures along with the mismanagement of funds. The report was written by the Fiscal Crisis Management and Assistance Team, or FCMAT, an independent state agency that helps school districts comply with fiscal standards.

The district eliminated Battle’s position last month as part of a central office reorganization that included about $20.2 million in budget cuts. The Alameda County Office of Education sent a team of fiscal experts in to help Oakland Unified implement best practices.

Roxas was expected to work with the county intervention team to focus on rolling out the county’s “Intensive Assistance and Support Initiative,” while senior budget executive director Gina Murphy-Garrett assumed day to day management of the district’s fiscal team.

But Roxas cut this plan short by announcing “with deep regret” that she would resign effective May 13 and “pursue other opportunities.”

Murphy-Garrett “will continue to handle day-to-day oversight of the fiscal team” as the district prepares its 2019-20 budget, which the board must approve next month, Johnson-Trammell said.

“We are working to identify an interim fiscal leader to help accelerate change that is needed and to lay a strong foundation for future recruitment and retention of a permanent CFO,” she added.

County Superintendent Karen Monroe and district fiscal oversight trustee Christopher Learned could not be reached for comment on the resignation. The county’s fiscal team will continue to work in the district three days a week and is available to support district staff the other two days.

Mike Hutchinson, a longtime community activist and district critic over the past two decades, told EdSource that the amount of current turnover and upheaval in the district is unprecedented.

“We’re in budget season right now, so nobody knows who’s doing the budget,” Hutchinson said, adding that the public is not familiar with Murphy-Garrett, since she has not made budget presentations. “We’ve reached the point now where this is complete chaos.”

District spokesman John Sasaki disputed these claims. He said Friday that the district’s current staff, along with the county’s support team, “are able to manage all aspects of our budget process.” The district has “leadership in place to manage during the transition as we actively recruit an interim CFO who can work with our team over the coming year to continue to stabilize our processes” before a permanent CFO is hired, he said.

It’s unclear, however, why Roxas resigned.

Just one week before she left, Johnson-Trammell assured the community in an EdSource commentary that “the Oakland Unified Board of Education, Chief Financial Officer and I remain in control and accountable for managing our budget responsibly, and for building a strong foundation for the long-term financial health of the district.”

Last month, Roxas assured the district’s audit committee that there was “no chaos” after Battle’s position was eliminated and the county began its intervention.

“We have controls in place,” she said. “I am in charge of fiscal and financial reporting.”

She said the district was “building capacity” as part of a “succession plan” in case of staff turnover, but she did not hint that she might be next to leave.

In the following weeks, the district took longer than expected to provide the county with cost disclosures for the raises it agreed to give teachers. After a seven-day strike, the district approved 11 percent raises for teachers over four years, along with a 3 percent bonus.

The county has raised concerns about the district’s three-year budget projections, pointing out that it might not be able to meet its state-mandated 2 percent budget reserve if it gives the same raises to all staff that it agreed to give to teachers. Based on these concerns, the county downgraded the district’s three-year budget plan through 2020-21 from “positive” to “qualified,” saying it might not be able to pay all of its bills. The budget plan, prepared by Battle and Roxas, totals $605.3 million this year and $608.4 million in 2020-21.

In a bold move, the district decided to defend its budget projections and appealed the county’s decision to the state. But the district failed to follow the proper appeal procedures, so the state denied the appeal on May 2.

And although the district reached a tentative agreement with its Service Employees International Union on March 27, it still has not submitted cost disclosures to the county, which are required before the board can approve the new contract. Its failure to take care of this promptly is highly unusual and is delaying the district’s ability to give the raises, said Michael Fine, CEO of FCMAT.

“Normally, you go into negotiations knowing exactly what your costs are and you can do those disclosures fairly rapidly,” he said. “Many districts do them immediately.”

Roxas is the third CFO the district has had in the last two years, succeeding an interim CFO who worked in the district after its previous CFO resigned amid a budget crisis in January of last year.

Shanthi Gonzales, chairwoman of the board’s Budget and Finance Committee, told EdSource last month that the county was helping the district to understand its fiscal challenges, including “why we have such high turnover (in fiscal and other departments) and why we have so much trouble predicting what’s going to happen.”