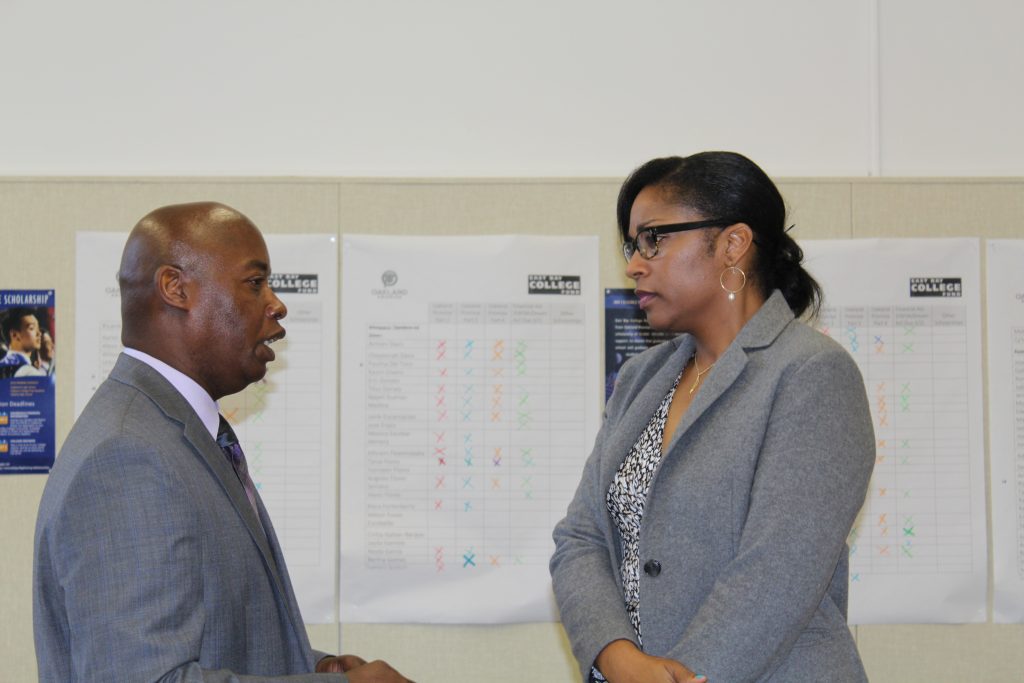 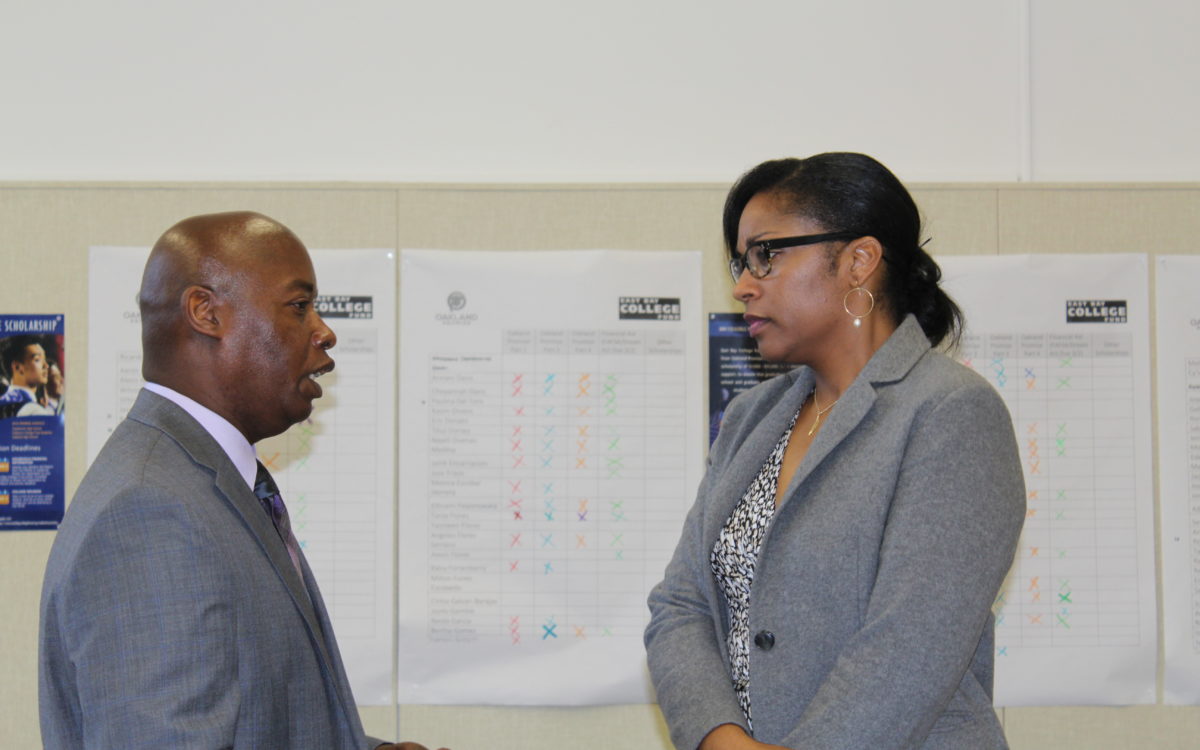 As attention turns to how to pay for the four-year contract, Oakland is again in the spotlight for the unprecedented help it has received from the Alameda County Office of Education to overhaul its fiscal practices.

A county team is providing assistance and training in the district’s business office amid budget cuts and a central office reorganization that includes the elimination of the chief business officer position held by Marcus Battle as of April 5.

While the county office routinely helps districts with their finances, the assistance being given to Oakland is intense and unprecedented among districts statewide, said Michael Fine, CEO of the Fiscal Crisis Management and Assistance Team, or FCMAT, a state agency that assists districts with financial matters.

Despite improvements, Oakland Unified’s fiscal practices continue to be “dysfunctional,” he added.

A key example, he said, was the district’s failure to calculate the cost of its tentative agreement with the teachers’ union before approving it last month. Although the district had been expected to provide the calculations to the County Office on April 2, a county spokeswoman said that the submission was received on April 3. The county has 10 business days, until April 17, to review the cost document before deciding whether to approve the deal, which calls for an 11 percent raise over four years, along with a one-time 3 percent bonus.

At least six districts across the state are receiving some type of intervention from their county offices of education due to fiscal problems, but none are on the scale that Oakland is getting, Fine said.

One issue during the Oakland teachers’ strike was the union’s distrust of the district’s claims that it could not afford to give teachers the 12 percent raise they wanted. The board has made $20.2 million in cuts for next year to help pay for the contract, but it remains unclear whether more cuts will be necessary.

The distrust also stems from the district’s ongoing fiscal problems that started with a state takeover in 2003 and a $100 million state loan that it is still trying to repay. An appointed trustee still monitors the district’s finances and has veto power over any budget decisions he doesn’t think the district can afford.

In her March 22 email to district leaders, Johnson-Trammell said the initiative involves a revamped district fiscal team that will get training, support and technical assistance from the county through June 30, when both sides will decide whether more support is needed.

The arrangement does not require school board approval since it was jointly established by Johnson-Trammell and Monroe, a district spokesperson said.

But Fine said the board should approve the new arrangement. Although FCMAT is not involved in the new agreement, the agency is responsible for monitoring Oakland Unified’s compliance with AB 1840 and delivered a report on the district’s progress toward meeting its fiscal goals to the Legislature on March 1. The report notes that the county’s “intervention costs” would include at least 11 county employees or contractors providing 17,800 hours of support through 2020-21 at a cost of $3.4 million.

“They don’t govern very well,” Fine said, noting that FCMAT cited the board’s weakness in a previous report. “They should actively be involved in this decision.”

County Superintendent Monroe praised the new initiative. “The assistance provided to OUSD from our agency at this important juncture is a critical step toward a better future for Oakland Unified and its students,” she said.

Fine said it will be important for the county to keep its three fiscal roles related to Oakland Unified separate to preserve their independence from each other. That work includes overseeing the budget so the district can pay its bills for the next three years; overseeing the district’s compliance with AB 1840, a bill passed last year that could cover a portion of the district’s deficit over the next three years with money from the state budget; and offering the district help in accounting, accounts payable, budgeting, payroll and purchasing.

As word of the arrangement spread earlier this month, some residents feared the district could lose control of its financial decision-making. Mike Hutchinson, an activist who has helped organize protests against school closures, said it appears the school board is abdicating its control over the district’s budget.

“This is entirely unacceptable,” he said. “These are our public schools and these are our tax dollars and you cannot just dissolve the OUSD financial department and say the county’s going to take it over.”

But Fine and district and county officials said no takeover is underway and the district remains in control of its budget.

This post was updated April 4 to clarify the role of the Alameda County Office of Education in the district.