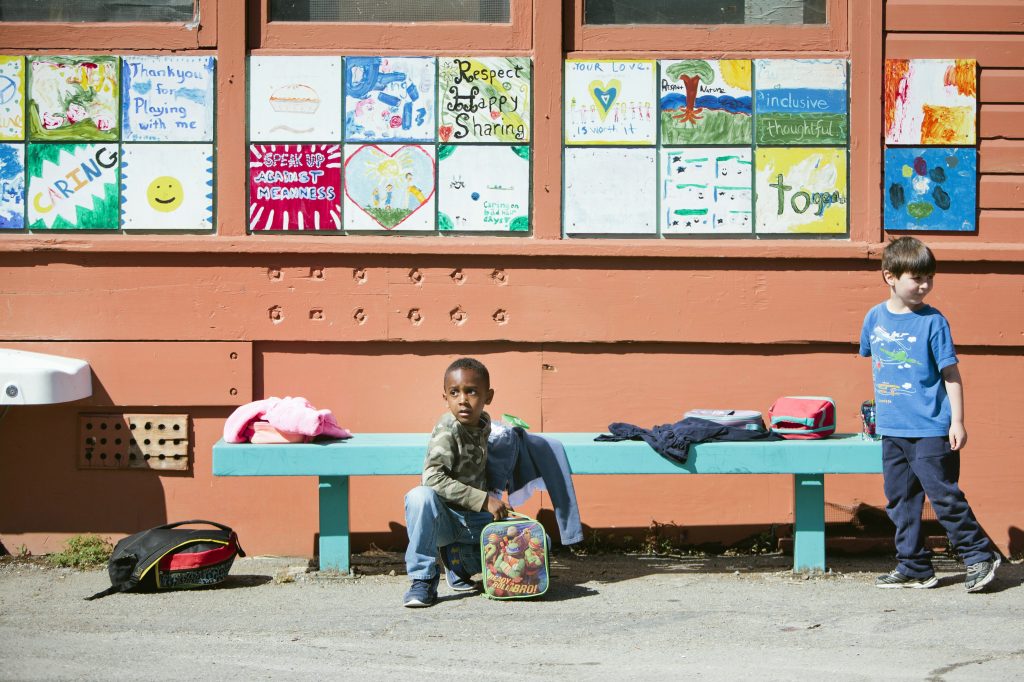 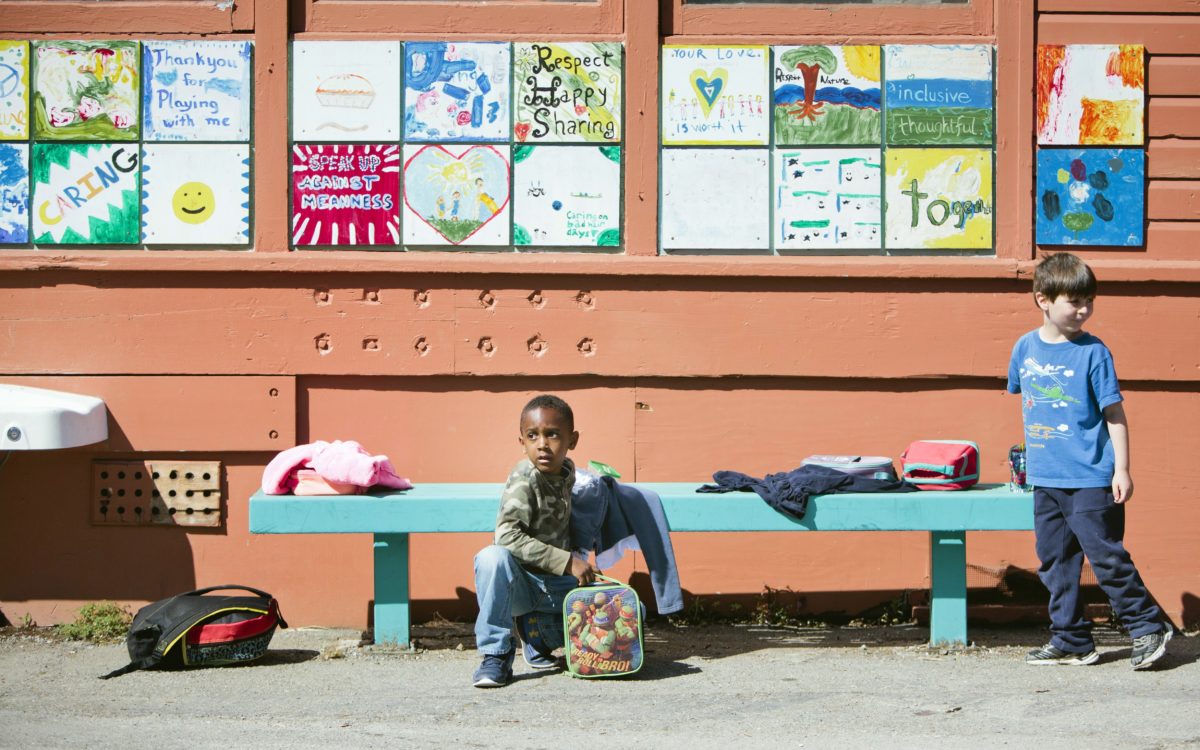 California has entered an era in which safe, welcoming and inclusive school environments are seen as key to unlocking better test scores, higher graduation rates, fewer suspensions and drops in chronic absenteeism.

But not nearly enough is being done to assess how, or if, efforts to improve school environments are actually working, say a chorus of researchers, youth advocates and state officials.

Suspension rates are the main indicator of school climate on the California School Dashboard, the state’s school accountability system. The dashboard also requires that districts conduct surveys on school climates every other year and publicly report the results to their school boards.

Currently, however, districts are only being asked to survey students and don’t have to state what, if anything, they’re doing in response to the results. This despite statutory language in the Local Control Funding Formula (LCFF), approved by the state Legislature in 2013, stating that surveys be done of “pupils, parents and teachers on the sense of safety and school connectedness” in schools.

“We are in this brave new world, but we don’t have the data analysis to identify the role school climate factors play in determining whether schools perform well,” said Greg Austin, a senior advisor for San Francisco-based WestEd, which developed the California Healthy Kids Survey, by far the most commonly administered questionnaire of its kind.

“Right now, there are no norms.”

Action in the state capitol

The issue has come to a head in Sacramento. In October, a study group overseen by Chief Deputy State Superintendent Glen Price released preliminary recommendations that would significantly enhance the state requirements. They include adopting a uniform definition of school climate, creating a menu of state-endorsed school climate surveys for school districts to choose from and requiring surveys be done annually in multiple grades.

The State Board of Education discussed the recommendations at its November meeting, and they will be on the agenda again for the board’s March 14-15 meeting, Price said.

Also, Assemblyman Kevin McCarty, D-Sacramento, introduced legislation in February that would require the state to provide funding to districts so they can improve upon their community engagement. This would include better surveys of not only students and teachers, but also community members, McCarty said.

“We need meaningful input from the community,” McCarty said. “And to date there have been questions as to whether that has happened.”

However, while there is significant momentum for change, there is also resistance.

The Association of California School Administrators has yet to take an official stance on the proposed reforms, but its members are worried that on a couple of levels they go too far and undercut local control, said Martha Alvarez, a legislative advocate for the organization.

“We value and support student voices and want them to feel welcome and connected at school,” Alvarez said. “But we need to make sure we are collecting the information in a way that is meaningful, timely and not burdensome to districts that might have other strategies to pursue.”

This point of view has some support on the state board. In November, Ilene Straus, a former assistant superintendent and principal, said she doesn’t want a survey to become “a bureaucratic check list.”

Alvarez said administrators would like the board to consider keeping the survey requirement at every other year so districts could have the flexibility to do things like student focus groups in the alternate years.

Meanwhile, advocates representing a variety of interests are happy the state is considering more rigorous requirements, but say they still don’t go far enough. Without annual surveys that at least have a subset of questions asked by all districts, it becomes far more difficult to establish best practices, advocates argue.

This is especially important now that specific school climate indicators, like rates of suspensions and expulsions, are prominently displayed on a district’s dashboard report, said Brian Lee, who is the California director for the advocacy group Fight Crime: Invest in Kids.

“There may be concerns that people are sweeping suspensions under the rug,” Lee said. “Having the climate survey is a check on the suspension numbers to make sure they are authentic.”

Another important reason for standardizing the surveys is that the data can help state and regional agencies direct resources where they are needed most, said Brad Strong, senior director for education policy for Children Now, an Oakland-based advocacy organization.

“I think it has an enormous impact on regional support structures,” Strong said. “LA County has [85] school districts. If all of them are using a different survey, how can county mental health agencies identify the schools and communities most in need of mental health support?”

Max Eden, a senior fellow specializing in education policy for the right-of-center Manhattan Institute in New York City, differs in significant ways with Strong and Lee when it comes to discipline reform — he feels the pendulum has swung too far away from suspensions and other forms of traditional discipline. But Eden agrees that standardized school climate surveys should be done annually.

Any sort of mandatory statewide survey, or subset of questions, is a non-starter for the administrators association. It flies in the face of local control and creates a competitive dynamic among districts that is antithetical to what the surveys are supposed to be about, Alvarez said.

“When we start talking about comparisons we are changing the conversation,” she said. “It becomes more about high-stakes accountability. If the intent is to understand how students feel, why do we have to compare one district to another?”

As things stand now, a mandatory statewide set of survey questions does not seem to be in the cards. The school climate study group’s recommendations not only give districts the option of choosing from among several state-vetted surveys, but also allow them to create their own as long as they are “valid and reliable.”

There is also opposition among administrators regarding the requirement that teachers and parents be surveyed along with students. The concern is that adult groups might have agendas that could skew survey results. One example mentioned is the possibility that teachers’ unions could use the surveys against administrators during contract negotiations.

Price said that argument did not sway the workgroup. “We believe that our teachers and administrators will utilize surveys as they have in the past — to develop effective ways of furthering school safety,” he said.

From 2003-04 through 2009-10, more than 7,000 schools statewide administered the California Healthy Kids Survey annually — primarily because they were required to in order to receive funding from the federal Title IV Safe and Drug Free Schools and Communities program. But that program ended in 2010, and in the aftermath of the Great Recession the number of districts mandating the survey dropped.

But the number has been going back up in recent years to the point where now about 70 percent of the state’s school districts administer the survey at least every other year, Austin said. A significantly smaller percentage do the survey on an annual basis and also survey teachers and parents.

Among those that do the surveys annually and include all three groups is San Diego Unified, the state’s second-largest district after Los Angeles Unified. Noemi Villegas, who heads the district’s counseling and guidance department, said the district needs the survey data to develop sound policy.

“Without doing data dives how will we know what we need to do for our kids? Villegas said. “It’s crucial in determining the social, emotional and academic needs of our students.”

State Assemblywoman Shirley Weber, a Democrat representing southeast San Diego County, tried and failed in 2016 to get a bill passed that would have created a statewide model survey. She said there is a misunderstanding of what local control means.

“It doesn’t mean you can just go your own way — there needs to be a regular assessment with subsets that are standardized,” said Weber, who at one time was the president of San Diego Unified’s board. “How do you know you’re on the right road without signposts along the way showing you that you’re headed in the right direction?”