State board’s next challenge: how to measure school climate, the heartbeat of a school 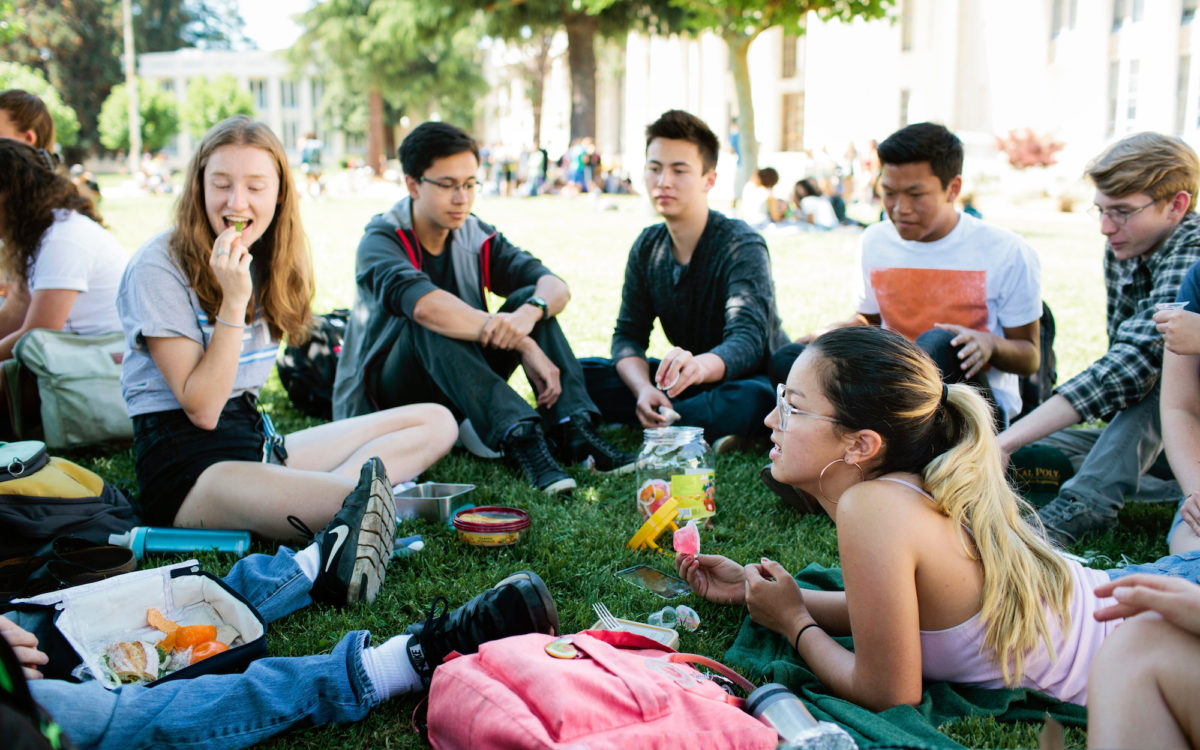 Busloads of high school students and parents from organizations statewide have trekked to State Board of Education meetings for two years, clamoring for changes they believe will improve school climate. In moving testimony, students described schools where they feel disconnected, misunderstood and often under-challenged.

“If you are serious about closing the achievement gap, and bringing equity to our most vulnerable students, don’t continue to neglect school climate,” Armon Matthews, a junior at Oakland High School, testified this month to the board. Matthews is a student leader with Californians for Justice, a statewide nonprofit that has led a school climate campaign under the Twitter hashtag #SchoolClimateIsTheHeart.

After a long look at the subject, a study group overseen by Chief Deputy State Superintendent Glen Price released preliminary recommendations that would thrust school climate and conditions to the forefront of the state’s school improvement and accountability system. They include adopting a uniform definition of school climate, creating a menu of a state-endorsed school climate surveys for school districts to choose from, and requiring surveys be done annually in multiple grades.

That last recommendation may be contentious. School management groups — the Association of California School Administrators and the California School Boards Association — are questioning the usefulness of adding an annual school climate survey to an already heavy load of accountability requirements.

Price and the study group will be back before the board in March, after getting more reactions to their recommendations and report.

“Your group captured what we have been hearing for years,” board member Trish Williams told Price and study group representatives. “School climate is the emotional bedrock for the other priorities.”

A priority of the funding formula

In the Local Control Funding Formula, the comprehensive 2013 state funding and school accountability law, the Legislature established school climate as one of eight priorities school districts must address. Others include student achievement, parent involvement and implementation of academic standards. The law listed student suspension and expulsion rates as a measurement of school climate, and the state board has included it in the California School Dashboard, the color-coded rating system of school and district performance.

Further underscoring school climate’s importance, the law also cited the value of surveys and other locally developed tools to reveal the perception of parents, teachers and students of a school’s “sense of safety and school connectedness.”

Last year, the state board adopted a temporary school climate policy with minimal requirements. It requires only that districts administer a valid survey at least every other year and publicly report the results to their school boards. They don’t have to state what, if anything, the districts did in response to the results.

That could change if the board adopts the study group’s recommendations. The group wrote — and suggested that the California Department of Education adopt — an expansive definition of school climate and conditions. It would include “values, expectations, interpersonal relationships,” school resources, the physical environment and practices needed to “foster a welcoming, inclusive, and academically challenging environment.”

That definition would appear to fit parents’ expectations. In an EdSource survey (see question 13), released in October, voters chose “creating a safe and positive school environment” as the most important factor when evaluating a public school — ahead of a school’s test scores, graduation rates and other criteria.

A broad approach to school climate would enable districts to ask “introspective and important questions” to understand the relationship of behavior, absenteeism and achievement, Hannah Melnick, a study group member who is a researcher and policy associate at the Learning Policy Institute, told the state board.

In a lengthy report released last month, the group recommends that districts:

Districts would be “strongly encouraged and supported” to act on areas needing improvement. They would be required to summarize survey results and “reflect” on what they have learned in a section of the district dashboard. They would identify differences in perceptions among students of different races and backgrounds.

Before the recession, the California Department of Education provided districts the California Healthy Kids Survey, which the department helped develop. A majority of districts continue to use it. Price said that he would approach the Legislature for funding to again provide surveys and tools for free and to create a technical design panel to review and approve reliable surveys that districts can use.

Should districts decide how often?

At the November meeting, several state board members questioned whether state-approved surveys would limit the flexibility of districts to craft questions that reflect their own distinct school climate priorities and circumstances. Urban and rural, small and large, high school and elementary districts, they said, face different issues.

Board member Niki Sandoval, the educator director for the Santa Ynez Band of Chumash Indians, stressed the importance of flexibility. “I work in a community with Native American families where surveys are not the way to go. We’ve got to be creative” in our approach, she said.

Some board members also questioned the value of yearly surveys.

Actions that result from surveys are more important than whether a survey is annual, said Ilene Straus, a former assistant superintendent and principal. “Administrators are saying, ‘Give us time to make it valuable,’” she said, so that a survey doesn’t become “a bureaucratic check list.”

“Administrators believe the alternate years allows time for programs, policies, and practices to be in place for a year and a half before deciding if local changes are really making a difference,” wrote Martha Alvarez, legislative advocate for the Association of California School Administrators, in a letter to the board. Districts, she said, could use the second year for focus groups and more informal follow-up surveys.

Price, in an interview, said the work group was unanimous in agreeing that surveys should be annual; data collected on all of the other dashboard indicators are done yearly, and this should not be an exception.

Like other small districts, Arcata School District, with only two schools and 520 students in Humboldt County, has a small staff to handle new state requirements. Superintendent Barbara Short said she already does an annual school climate survey and will continue to. But she said school districts should have the option to choose when and how often to administer surveys. Most important to her is the ability to personalize a survey. Parents and staff have been involved in creating and updating Arcata’s surveys with questions about what it means to feel safe and welcome that are specific to their schools. (It turned out that some kindergartners who indicated they didn’t feel safe were frightened by loudly flushing toilets in the bathroom, she said.)

“We would lose some buy-in if we were given a state survey designed for a broad audience somewhere else without a local stamp,” she said.

Work group member Aaron Brengard, principal at the Katherine Smith Elementary in the Evergreen School District in San Jose, conducts surveys twice a year. Through a contract with a nonprofit, the school gets the results back quickly and can share them with staff and with students, he said. The recent adoption of a social and emotional learning “toolbox” for solving conflicts and problems was an outgrowth of those surveys.

“If you are not taking the temperature every year, you can miss some important needs. I would not know how to run a school without authentic student voices every year,” he said.