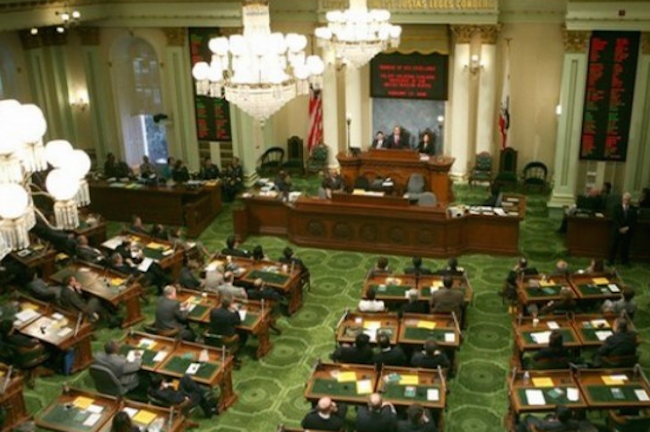 Gov. Brown has yet to signal support

The California Legislature Friday voted to expand the state’s ban on so-called “disruption and defiance” suspensions through the 8th grade. However, the bill approved by lawmakers includes caveats and there’s no guarantee that it will get Gov. Jerry Brown’s signature.

Originally, SB 607, authored by Sen. Nancy Skinner, D-Berkeley, called for the state’s current suspension ban, which covers grades K-3, to be expanded to include all grades through high school.

But when it was introduced in February it faced pushback from associations representing school administrators, school board members and charter school operators. And most importantly, Brown, who vetoed a K-12 ban in 2012, gave no indication that he would support an extension of the current ban, which he signed into law in 2014.

Brown’s position in the past has been that a full state-mandated ban runs contrary to the idea of local control, which is the cornerstone of his education policy. His office has refused to comment on Skinner’s bill.

The version passed by lawmakers Friday makes the ban permanent in grades K-5 as of July 1, 2019, but includes a sunset provision for grades 6-8. This means if Brown signs the bill, the ban in those grades would expire on July 1, 2023 unless the Legislature and governor act before then to make it permanent.

Even with the K-3 ban, suspensions for disruption and defiance account for the vast majority of suspensions in California schools and are disproportionately meted out to students of color and those with disabilities. Statewide across all grades, African-American and Latino boys received more than half of these suspensions during the 2016-17 school year despite making up only 30.7 percent of all students, according to an analysis of state data by the ACLU of Southern California.

“We subject children of color to these totally preventable suspensions instead of keeping them in school and providing the supports they need,” said Angelica Salazar, director of education equity for Children’s Defense Fund, California. “Many schools are showing that positive approaches are more effective in addressing minor misbehaviors.”

It was data showing the stark racial disparities that led the Association of California School Administrators, which has an influential voice in Sacramento, to switch from opposing the bill to supporting it.

“This wasn’t an easy decision for ACSA, but our folks are really concerned with the disparities in terms of how willful defiance suspensions are applied,” said Iván Carrillo, a legislative advocate for the school administrators’ association. “Our membership takes a big issue with that and we want to continue to utilize other creative, research-based tools to deal with student behavior while at the same time protecting the classroom.”

There is ample evidence that all the attention given to the issue, even though the current ban covers only early grades, has contributed to a dramatic drop in these suspensions across all grades in recent years.

Between the 2011-12 and 2016-17 school years, suspensions of all types dropped by 46 percent statewide, with disruption and defiance suspensions dropping by 79 percent for African-American students, according to state data released late last year. A handful of districts, including Los Angeles Unified and Oakland Unified, have instituted their own K-12 bans.

This year’s state budget provides more resources for alternatives to suspensions and other traditional punishments. It includes a $15 million grant that will fund a pilot program, overseen by the departments of education in Orange and Butte counties, that will develop a training curriculum based on multi-tiered systems of support , an approach to learning and behavioral problems in which students progress through a range of interventions depending on their need levels.

The program will be administered by UCLA’s Center for the Transformation of Schools and emphasize restorative justice, social emotional learning and other alternatives that prioritize mediation and building healthy relationships over traditional punishments.

Skinner and the advocates are hoping that these developments will help make her bill more palatable to Brown.

“All the stakeholders are either supportive or neutral, which is great,” Skinner said. “Now the question is does it meets the governor’s comfortability, which it should. The whole objective is to give kids the best chance at being successful — and kicking them out of school, even if it’s just for a few days, is not a recipe for success.”