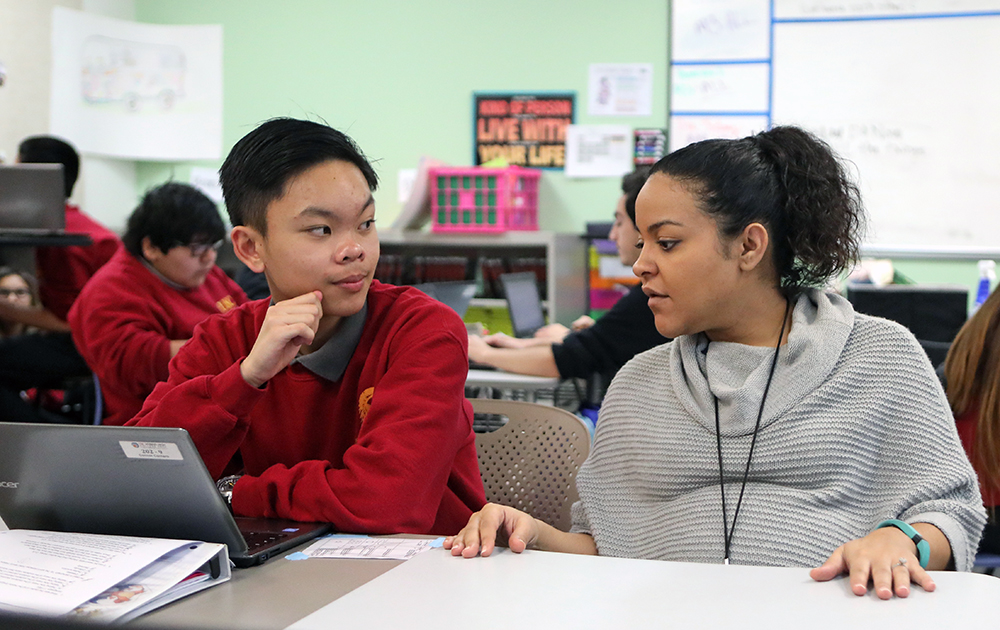 It is crunch time for advocates of charter schools who want to see continued growth of enrollments in California’s charter schools and also want to elect a governor who they view as being most sympathetic to their cause.

In this case, the candidate they are backing is former Los Angeles Mayor Antonio Villaraigosa who has been at war with California’s teachers unions for years, despite having worked for the United Teachers of Los Angeles for many years earlier in his career, as well as being a consultant to the California Teachers Association at one time.

Hastings and Broad’s contributions come at a time when the growth of charter schools in California is slowing significantly, echoing trends nationally.

The campaign donations did not come as entirely a surprise, given the huge contributions that Hastings and other wealthy charter advocates have made to influence election races in California in recent years, most notably to the 2014 race for state superintendent of public instruction and elections last spring in the Los Angeles Unified School District.

Some $25 million in contributions poured into the race between incumbent state superintendent Tom Torlakson and his challenger Marshall Tuck, with much of that coming from organizations and individuals on either side of the charter debate. Similarly, over $15 million was spent in the fierce contest to win a majority sympathetic to charter schools on the Los Angeles Unified school board, making it the most expensive school board race in history.

It was only a matter of time before charter backers began pouring money into the governor’s race, as the California governor has indisputably more impact on education policy than any other statewide elected official — including the state superintendent of public instruction, an office mandated by California’s state constitution.

What was notable was the size of Hasting’s contribution. According to the Fair Political Practices Commission, Hastings contribution is the largest made on behalf of any candidate or initiative during the current election season. But they are on the same scale of his contributions to early campaigns.

The infusion of funds could make a huge difference to Villaraigosa, who is lagging behind Newsom not only in the polls but in fundraising as well. Although it is not known how much they have raised since then the end of the last reporting period (Dec. 31, 2017), at that time Villaraigosa had $5.8 million in his campaign coffers, compared to Newsom’s $16.6 million. Newsom, however, had a head start over Villaraigosa, having declared in February 2015 that he would run for governor, while Villaraigosa entered the race in December 2016.

At stake is whether Villaraigosa will come in at least second place in the June 5 primary, which is only 7 weeks from now. But in the latest polls, he is running neck and next with Republican John Cox behind Newsom.

In the latest PPIC poll, conducted between March 25 and April 4, Newsom is far ahead, with 26 percent of voters supporting him. Next is Cox, with 15 percent, followed by Villaraigosa with 13 percent, with a margin of error of 3.2 percent.

Because of California’s unusual primary system, the two highest vote-getters in the June 5 primary will go on to face each other in the November general election, even if they are from the same party. Thus the goal of charter advocates is to try to push Villaraigosa at least into second place over the next few weeks.

In 2015, Broad backed a controversial plan whose goal was “to create the largest, highest performing charter sector in the nation” by enrolling at least half of students in the district in charter schools. Hastings has similarly indicated that he would like to see the majority of public school students in charter schools, even if it takes decades to reach that goal.

For most of the quarter-century since charter schools were introduced in California, the number of schools has increased steadily each year. Currently, just over 1 in 10 California public school students attend charter schools. But over the past five years, charter growth has slowed dramatically — from an 8.2 percent growth in 2012-13 over the previous year to 1.6 percent growth in the current school year compared to last year.

Thus the stakes of electing the candidate charter advocates believe is most committed to charter school expansion are extremely high. As unlikely as it may seem, the issue of charter schools may well emerge as a significant issue in the gubernatorial campaign — and will drive massive additional contributions, not only from billionaires like Broad and Hastings but competing contributions from teachers unions.