Q & A: Educator and lecturer advocates for equity in education 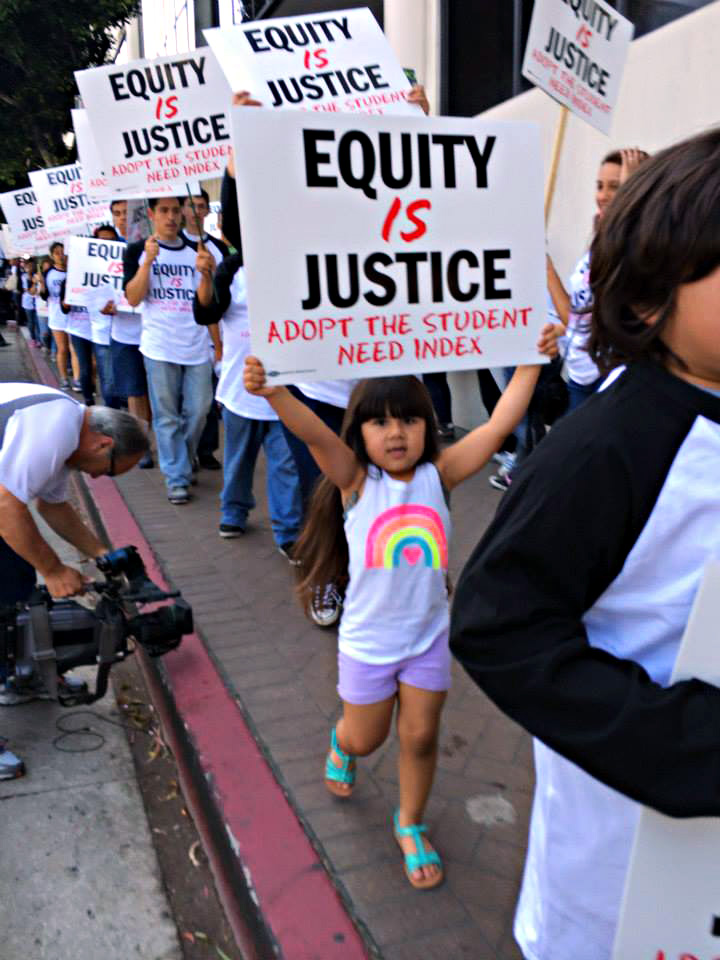 Jeff Duncan-Andrade is an associate professor in education administration at San Francisco State University who founded the dual-language English-Spanish Roses in Concrete Community School in Oakland and also cofounded the Teaching Excellence Network, which aims to help schools improve instruction and community connections. He is a strong advocate of equity in education – meaning that students’ education should be tailored to their needs and cultures.

Duncan-Andrade received a standing ovation at the recent Carnegie Foundation Summit on Improvement in Education in San Francisco, after delivering a powerful keynote address on this topic. Below are excerpts from an EdSource interview with him.

Q. Why is equity important in schools?

A.  Historically, this nation has turned to public schools as the site for addressing some of the nation’s most pressing social issues. Brown vs. the Board of Education is probably the best example. Schools were really asked to bear the burden of racial desegregation. We legislated equality in 1954 and we can’t deliver on it. We had the skills to do it, but we lacked the political and social will to really tackle the problem of racism and subsequent neighborhood and broader social racial integration.

So we spent six-plus decades banging away at creating an equal education system under the auspices that this would correct trends of radicalized inequality in society.

Here we are in 2017, and not only have we not made progress, we’ve lost ground. That failed effort has led to a revisiting of the idea of equal schools and forced a more nuanced conversation – which is to say that maybe equal schools is not what we should be aiming for – maybe what we should be aiming for is equity. That’s the trend I see around the country that’s generating a lot of conversation and a lot of energy.

Q. Please explain the difference between equity and equality.

A. In a system of equality, everybody gets the same thing – which in a kind of factory-like mono-cultural, mono-gendered, mono-linguistic situation – maybe makes some sense. But we’re a multicultural, multiracial, multilingual, multigendered society. What equality is boiled down to in our society is that everybody gets to act like they’re white, middle class, heterosexual and male. To the degree that you model those behavioral norms, you actually do pretty well in school. To the degree that you don’t – with a different cultural identity, different linguistic norm, different sets of sensibilities, different gender – then you find yourself in a position of inequality. In the context of education, the idea that we’re going to create an equal education system has exacerbated our social problem.

The pivot is equity. Equity is: You get what you need when you need it. It places the onus of change and responsiveness on the institution and not on the individual. It’s an assessment of: ‘What does this person need and what do they deserve as a human being? And how do we set up a society that makes sure those needs are met?’

To achieve equity, we would have to pump a whole different level of resources into the schools that are serving the kids whose hierarchy of needs (according to Abraham Maslow) is consistently under threat. 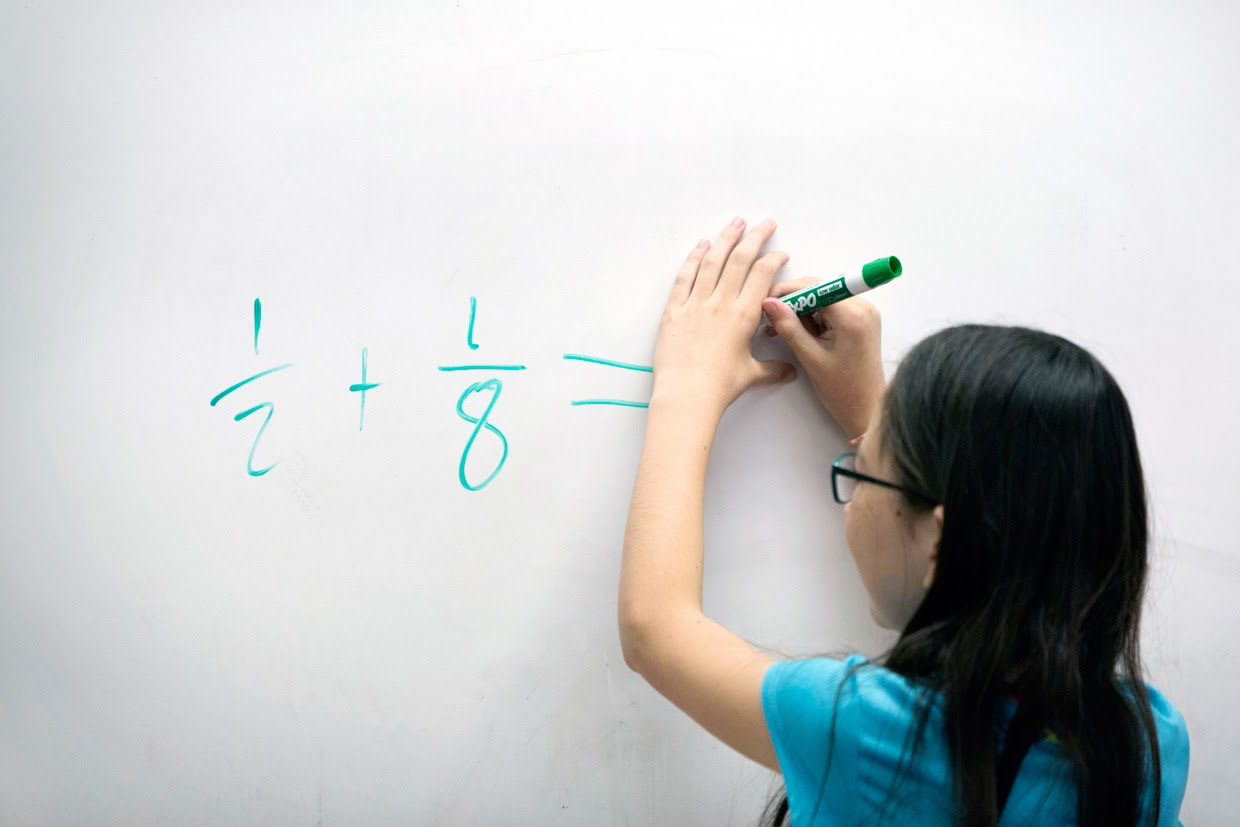 Q. Do you think California’s new Local Control Funding Formula (LCFF) and Local Control Accountability Plans (LCAPs) – which are supposed to give more money to the neediest students – are helping the state move toward equity?

A. I would agree that there’s rhetoric that they are. But, in reality, they’re not. California is 48th in per-pupil funding out of 50. Across the state, what we have despite the LCAPs and LCFF and that rhetoric is the least-funded schools have the highest concentration of the most vulnerable and high-needs youth. There’s a policy flaw, which is well-acknowledged, that has created these conditions – we passed Prop. 13 (which limited property taxes that funded education).

LCFF can’t work. The gaps are so stark that if we were really serious about equity, then we would have radical conditions demand radical responses. Our response has been slow and at best measured.

I would say, it‘s frankly a sort of disingenuous hand-wringing type of response that I’ve seen year after year after year. There’s a sort of perpetual false sadness about the conditions that our state’s highest needs youth experience. It’s this sort of sympathetic, ‘These poor kids. We should do better.’ Then in June, when you get this incredibly persistent achievement gap, everybody acts all shocked. It’s so pathetic to me that we don’t, as a state, actually tell the truth about where we are and why we’re here and who has the most responsibility and power and capacity to change it.

Q. What role do schools play in shaping students’ perceptions of themselves and others?

A. After the Columbine shootings, residents were saying, ‘This isn’t supposed to happen here.’ It is that last word that is suggestive of the fact that we are in trouble as a nation. In a pluralistic democracy about justice and truth and freedom, you would say, ‘This isn’t supposed to happen.’ The inclusion of the word ‘here’ and the frequency with which it was said is suggestive that as a nation, we’re not actually against suffering, we just want it quarantined – and everybody knows who’s going to bear that burden.

Schools become this very powerful institution for norming that. You go to school for 13 hours a day and you’re instructed both implicitly and explicitly in what your value is in this society. Then, you begin to believe it and to act accordingly – on both sides (of the wealth spectrum). Wealthy kids get an overinflated sense of themselves and their value and power. And poor kids get an overriding sense of their lack of value.

Q. How can educators work toward achieving equity?

I believe we’ve created this problem as a nation and we will solve this problem as a nation. The minute we figure out how much we need each other, we’ll be able to do the harder work. Building relationships with people who you don’t immediately see your connection to is really hard work. These aren’t ‘other people’s children,’ these are ‘our children.’ Any child suffering is unacceptable. As a nation, we have the wealth and privilege to eradicate children’s suffering. If you do that, you can transform a neighborhood – and a nation.

Q. Please explain the importance of cultural identity for children.

A. Cultural identity is a really valuable asset and it makes civic participation better, community better, and society better and safer. The research is clear that things like cultural identity and relationships are the precursors to academic success. In fields such as epidemiology and public health, everybody acknowledges it’s fundamental that you love yourself. Research shows how expansive multilingualism is for neural pathways, yet we insist on making this a monolingual culture – because in some sort of social mindset, it feels comfortable. But all the research says it’s not normal and not comfortable.

A. We have to stop thinking we can teach kids how to read in a way that is disconnected from their own culture and values and the culture and identity of those around them.

What I see in schools is there isn’t a deep love of learning. A core component of that is segmenting off things like the arts, like culture, like identity. And so what happens is that young people get this very compartmentalized sense about how one goes about learning.

You’d be hard-pressed to find a child who says, ‘I love coming to school because it’s a place of incredible intellectual rigor and richness.’ Because it’s not. But it could be. Occasionally, you’ll find children who talk about one teacher, one class – about ideas and debate and conversation where everybody is cared about and everybody’s ideas and opinions matter – and it is robust. But I can’t name any institution – classroom-to-classroom – where that’s the norm. So, individuals inside schools are altering or defying the norm of the institution. And that feels upside down.

We’ve gotten away from intellectualism as we’ve become obsessed with measuring student progress. We haven’t created a culture of intellectual rigor.

Q. How do you think education will progress in the future?

A. There’s pretty widespread agreement that No Child Left Behind was the wrong move. So, I actually feel like we could be coming out of this sort of educational Dark Ages and perhaps moving into a Renaissance. In the history of the world, you find that those moments are often filled with strife and struggle – and out of the ashes, the phoenix rises. I think perhaps we could be in one of those moments.

I’m in enough schools around the country to feel like it’s not just wishful thinking – that there’s something afoot. The conversations that I’m a part of feel very, very different right now.

I hear this at all levels, from superintendents, to principals, to teachers. What you heard 10 years ago was much more a conversation around compliance. Now, I feel like people are less and less willing to comply.