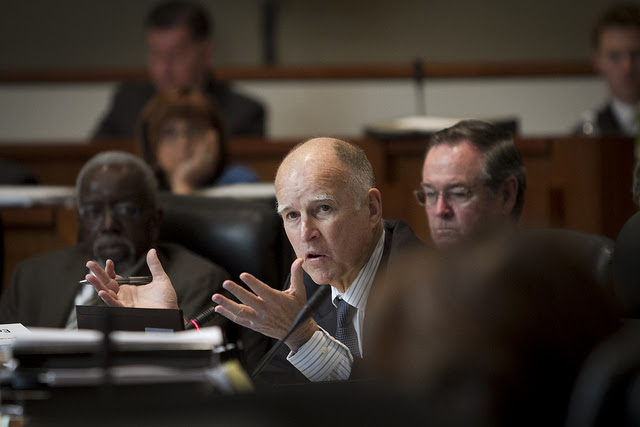 If he chooses, Gov. Jerry Brown can leave office a year from now with the satisfaction of seeing the Local Control Funding Formula, the sweeping school funding and improvement reform he championed, intact and fully funded — at least as the 2013 law defines full funding.

The question he should ask himself is whether it would be wiser to negotiate needed fixes to the law or watch the Legislature, the next governor and a new State Board of Education the new governor will appoint, start chipping away at the funding formula in ways Brown might regret.

The Local Control Funding Formula’s guiding concepts and vision aren’t in jeopardy. To a person, the cross-section of two dozen education experts, advocates and legislators that EdSource asked to suggest improvements to the law indicated that they like its ambitious goals and its focus on addressing gaps in student achievement.

EdSource asked two dozen education experts, advocates and legislators what they would change about the Local Control Funding Formula. To read their responses, go here.

But most also expressed complaints about either flaws in the law or shortcomings in implementing it. They voiced three common criticisms:

Brown signaled early on that he considered it premature to consider amending the funding formula. So far he has ignored legislators’ grumblings, including Assemblywoman Shirley Weber, D-San Diego, who, in her EdSource comment, warned that without better documentation of funding, disadvantaged students will be “sacrificed to the misguided priorities — or mismanagement — of adults.” 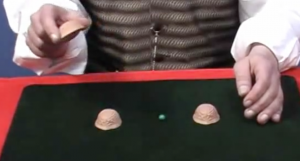 Brown, with a veto pen, may figure he doesn’t have to worry about legislators’ gripes. But a more subtle and, in the long run, graver threat would be a loss of voters’ support. Local control assumes the involvement of active parents and community members. If they conclude the new accountability dashboard is too dense, school improvement is too slow, and many districts are playing a shell game to hide the money, the system could be in trouble.

By design, the funding formula does not enable ready comparisons of what the state’s nearly 1,000 districts do with their money. Studies by researchers and by advocacy groups like the Education Trust-West have found good- and bad-faith efforts to comply with the funding formula, as well as innovations in addressing achievement gaps and ignorance of some of the law’s basic requirements. The anecdotes are interesting, but decentralization limits a bigger picture.

A new school improvement system with multi-colored dashboards displaying many metrics of performance will enable district and school comparisons. It will shine a powerful light on low-performing demographic and ethnic groups. But the system is just now getting off the ground.

Despite scant evidence yet of a transformative impact, educators and legislators have faith in the Local Control Funding Formula’s principles:

Liberate the local: After more than a decade under the No Child Left Behind Act and California’s version preceding it, Washington and Sacramento had little to show for prescriptive, top-down school reforms. Brown argued it was school boards’ turn to set priorities and guide improvement. What’s unclear is whether administrators and teachers will rise to the challenge of “continuous improvement” or whether it will befuddle them and their partners at county offices of education.

Make funding fairer: Brown argued that equal opportunity for academic success and the state’s need for a well-educated workforce require directing more funding to students who need additional resources: low-income children, English learners, foster youths and rising numbers of homeless children. A district made up entirely of these high-needs students would get 40 percent more “supplemental” and “concentration” funding per student than a district where they make up 5 percent of enrollment.

View achievement broadly: Reacting to an era of narrow test-based accountability, the Legislature said, “Pay attention to the conditions like school climate, parent involvement and student engagement. Set goals for measuring improvement in those areas, too; don’t fixate on standardized test results.”

Four years into the law, expectations are running high. But so are frustrations. In an effort to satisfy the Legislature’s demand that districts address eight priority areas and student advocacy groups’ call for more accountability, the state board created an LCAP template that continues to draw criticism for demanding documents that are too dense and long. The template is now in its third iteration.

The funding law doesn’t provide “adequate” funding, nor was it set up to. It redistributes money to districts based on the needs of their students.

The law took effect when districts were still reeling from the 2008-09 recession. Brown projected that the transition to full funding — where every district would be restored at least to pre-recession funding, plus inflation — would be complete in 2020-21. At that point, all districts would get the same base funding per student, plus supplemental and concentration dollars based on numbers of high-needs students. Because of favorable state revenue, Brown may be able to make full funding his going-away gift.

Base funding should cover general district expenses, including staff salaries, and services for all students. But districts have been slammed with escalating employee pension costs that legislators mandated since passing the funding law. By one calculation, the combination of added pension costs and increases in special education expenses will consume more than the growth in base funding this year.

Districts are facing difficult choices as a result: cut staff or programs for all students, take money from savings — an unsustainable option — or siphon off supplemental and concentration funding that the law says should be used to improve or increase services for English learners and low-income students. Districts that agree to give raises to staff that are well above the cost of inflation probably are at least partly funding them this way.

But that’s often hard to know, because the funding law doesn’t require districts to keep a full accounting of how supplemental and concentration dollars are spent. Faced with LCAPs with hundreds of pages, some parents and student advocates have thrown up their hands trying to track the money.

School districts, particularly those in suburban areas, are clamoring for more base funding. “The promise of LCFF will not be realized and local control becomes a myth unless we do something to address the fiscal realities and growing liabilities our schools are facing in California,” wrote Edgar Zazueta, senior director of policy and government relations for the Association of California School Administrators. But districts generally have opposed calls for stricter accounting for supplemental and concentration spending.

Weber and civil rights and advocacy groups like Children Now call for breakdowns of funding formula spending at the school level — a position opposed by Brown and the state board — and advocates may fight more base funding at the expense of supplemental and concentration dollars.

Might there be room for compromise? After all, a system that doesn’t cover basic expenses and permits budget fudging and gamesmanship fosters cynicism. It’s encouraging that Stephen McMahon, deputy superintendent for San Jose Unified, wrote that he favors more transparency and standardized accounting of funding formula spending.

Sen. Ben Allen, D-Santa Monica, wrote that in 2018, the Senate Education Committee, which he chairs, will explore ways to address “a new set of challenges” facing the Local Control Funding Formula.

If Brown’s education advisers participate, perhaps there’ll be a deal.