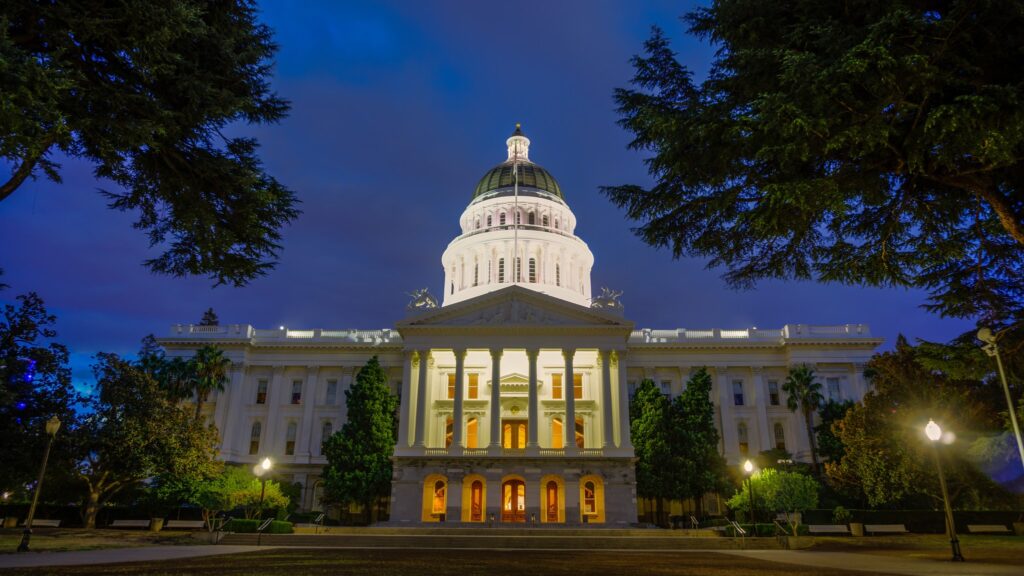 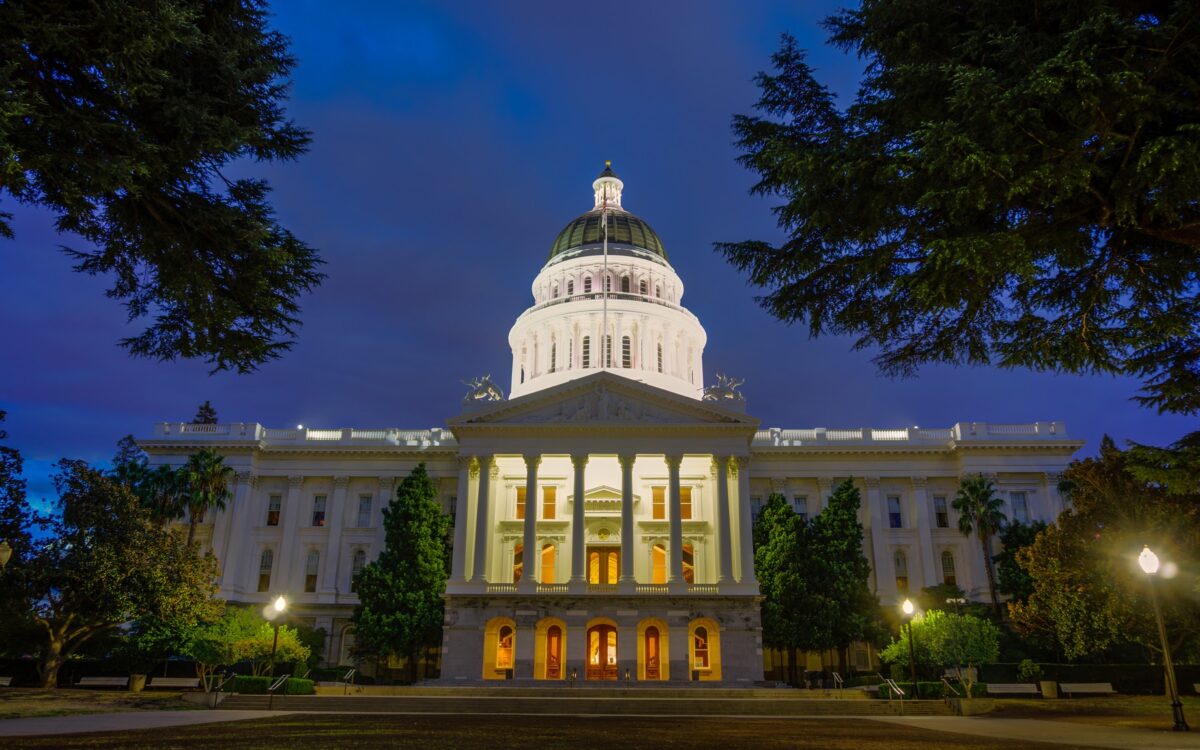 The first week in January is like the first day of spring training: Everyone’s an expert on predicting what Gov. Jerry Brown will sign and veto and who’ll win the World Series.

Some forecasters, though, are more clairvoyant than others. A year ago, I predicted with absolute certainty that state voters would defeat a $9 billion school construction bond (they passed it) and that the courts wouldn’t even take up the Vergara lawsuit, involving teacher protections, in 2016 (they ruled on it).

More on those predictions below. Unchastened, I offer 10 K-12 issues to follow in 2017, with a forecast of what, if anything, will happen during the year. The scale ranges from 1 to 5 “Fensters,” with 1 meaning no chance, and 5 meaning highly likely.

Keep one eye on Washington and the other on Sacramento this year to see if the Trump and Brown administrations are in conflict or in concert on a bunch of issues this year. There may be contentious disagreements.

On the campaign trail, Donald Trump put forward a vaguely-worded $20 billion school choice plan that included vouchers for private schools. Then, as president-elect, he nominated Betsy DeVos as the next secretary of education. She’s a crusader for school vouchers that would give parents tuition for the traditional public, charter, private or religious schools of their choosing. But California voters have twice overwhelmingly defeated private school voucher initiatives, and the Democrat-dominated Legislature and Brown would spurn the idea, too.

There are many scenarios for a Trump-DeVos voucher/school choice plan, some of which would meet more resistance in Congress than others.

Likelihood that Trump immediately will propose a $20 billion voucher plan that would eat into Title I funding for low-income students and require Congress to revise the Every Student Succeeds Act that it painstakingly cobbled together in 2015:

Likelihood that Trump will propose a smaller voucher plan, requiring a state match, along the lines of President Barack Obama’s Race to the Top competition, but not requiring revisions of the Every Student Succeeds Act:

The Every Student Succeeds Act gave states more authority to determine how to improve their worst-performing schools. But decisions and ESSA regulations that the Obama administration imposed in its waning days, like forcing California to keep giving students old science tests the state wants to end, made it unclear at the end of 2016 how much Washington and Sacramento were in sync.

That soon may change. The State Board of Education will spend the next eight months fashioning a plan for directing hundreds of millions of Title I dollars. It will then submit it to the U.S. Department of Education for approval.

Likelihood that, under President Trump’s new team at the U.S. Department of Education, California will get to shape ESSA and student testing to its liking:

Undocumented immigrants from California who are high school seniors this year are feeling the chill of President-elect Donald Trump’s vow to crack down on illegal immigrants. During the  campaign, Trump said he’d eliminate the Deferred Action for Childhood Arrivals, or DACA, the 2012 executive order by President Obama temporarily protecting immigrant children brought to the United States from being deported. DACA also enables these so-called Dreamers to obtain work permits.

Soon Dreamers in the class of 2017 must decide whether to apply for in-state tuition and state financial college aid. The California Student Aid Commission is encouraging Dreamers to seek the help, and leaders of community colleges, the University of California and California State Universities are promising not to cooperate with federal immigration officials if DACA is terminated. But feeling vulnerable and fearing the unknown, many will, for now, abandon a pursuit of higher education.

Likelihood that Trump will rescind DACA but then not pursue deportation of college students, at least in 2017:

Likelihood that fewer than a third of eligible high school Dreamers will seek financial aid to go to college in California:

Last year at this time, I predicted the Supreme Court would side with Rebecca Friedrichs, an elementary teacher from a small elementary school district in Orange County who sued the California Teachers Association and the state of California over its law requiring her and all teachers to pay fees to the California Teachers Association to bargain on their behalf. Then conservative Justice Antonin Scalia had a fatal heart attack, and the court’s vacancy and subsequent 4-4 tie left intact California’s and other states’ laws mandating that employees pay “fair-share” fees to public employee unions.

Perhaps not for long, though, since Trump has promised to appoint judges like Scalia to the Supreme Court.

Likelihood that the anti-union law firm that represented Friedrichs will file another lawsuit, if not in California, then in another state with similar union protections:

Likelihood that Democratic leaders in the Legislature will try again – and this time succeed – in passing a law, opposed by school districts and cities, making it easier for public employee unions to recruit new members at work:

Another court case with national implications will probably be decided in California this year; this one involves public employee pensions. The California Supreme Court has agreed to hear an appeal of a lawsuit that will decide whether teachers, police officers and other public workers are entitled to permanent, fixed retirement benefits. Seventy years ago, the state Supreme Court ruled that public workers’ benefits are fully vested on the day they’re hired. Known as the “California rule,” that decision became the basis for pension benefits in a dozen states.

But last fall, in Marin Association of Public Employees v. Marin County Employees’ Retirement Association, the First District Court of Appeals ruled that governments can alter the benefits as long as the changes are “reasonable.” School districts, which are facing billions of dollars in higher contributions to school employees’ pensions over the next fours years, will be watching the outcome closely.

Likelihood that the Supreme Court will give governments an ability to somewhat reduce pensions of existing employees:

In November, the Public Policy Institute of California published a report that called for big changes in funding special education, which, PPIC said, is inequitable, underfunded and ineffective for many of the 718,000 students receiving services. The latter is hard to measure, since there’s little oversight over spending, the PPIC said.

Shifting funding from regional agencies directly to districts under the Local Control Funding Formula, which PPIC recommends, would be a complex task, so advocates, legislators and the state board are waiting for Brown to give some direction.

Likelihood that Brown will signal in this month’s state budget message that he too favors direct funding through districts and wants reforms in place before providing more money for special education:

Last year, Brown included money in the budget for some promising but small-bore efforts to address the teacher shortage, such as planning grants for universities to simultaneously offer an undergraduate degree and a teaching credential. But a new study by the Learning Policy Institute warns the shortage will get worse, and institute President Linda Darling-Hammond, who also chairs the California Commission on Teacher Credentialing, is encouraging Brown to think big. He may.

Likelihood that Brown will agree to subsidize education loans for teachers willing to teach hard-to-fill subjects and in high-poverty districts or, alternatively, to partially fund teacher residency programs in those districts:

Proposition 51, a $9 billion state bond for community college and K-12 school construction, passed easily, despite Brown’s opposition. He opposes the current system of distributing bond money, which Prop. 51 explicitly left in place, that gives advantages to big districts with full-time building staff for matching state dollars. Brown will have a say in how quickly the bonds are floated, and that may give him leverage to tweak the system, through regulations, and put new statutes in place for the next state bond, whenever that will be.

Likelihood that negotiations begin for a new state system of funding K-12 school building projects, with some regulatory changes to Prop. 51:

The stock market has jumped since Donald Trump’s election and his proposed regressive mix of deregulation, big tax cuts weighted to the rich, infrastructure investment and cheap oil could spur at least short-term state revenue increases. But Brown and his chief economic adviser, Eeyore, won’t buy the happy talk and will low-ball economic forecasts in his January budget and point to the potentially catastrophic loss of billions of dollars in Medi-Cal payments if Congress rescinds Obamacare. Advocates for expanding free or subsidized preschool to all low-income children, a priority of Assembly Speaker Anthony Rendon, D-Paramount, will again struggle to make their case.

Likelihood of increased funding for preschool and child care:

There will be rehashed bills, long hearings and familiar debates on reforming teacher evaluations and lengthening two-year-tenure, banning for-profit online charter schools and requiring all charter schools to comply with the open-meetings law, the public records act and conflict of interest laws. But  it will be mostly sound and fury, producing little. The state Supreme Court decision not to hear the Vergara lawsuit challenging teacher dismissal, layoff and tenure protections has removed pressure to change those laws. And, as long as Brown remains the protector-in-chief, there will be no more restrictions on charter schools

Likelihood that bills related to these issues will become law:

I hope you didn’t bet the house on my predictions for 2016 ­– especially if you live in Montecito or Woodside.

Here were my 2016 predictions and background information. All in all, if you count partial wins, I did OK. These were rated on a scale of 1 to 5 Fensters, with 1 meaning no chance, and 5 meaning highly likely.

Vergara case: 2 Fensters that the Court of Appeal would hear the case. It did.

Vergara case: 4 Fensters that if the court hears the case, it would rule against the plaintiffs. It did.

Friedrichs case: 4 ½ Fensters that Scalia would switch positions and overturn mandatory fees. He probably would have – but he died before the court ruled.

Prop. 51: 3 Fensters that Brown would put an alternative on the ballot. He didn’t.

Prop. 51: 5 Fensters that the initiative would fail if Brown opposed it. Credit the power of school districts and the building industry to fund a big campaign; it won.

Prop. 30: 4 Fensters that Brown would not oppose the tax extension. He remained neutral, and it won.

Public employee bill: 4 ½ Fensters that the Legislature would pass a bill that would make it easier to sign up union members. It didn’t but I am doubling down for next year.

District reserve cap: 1 Fenster that the Legislature would lift the cap on school district budget reserves, a limit that districts despise. It didn’t.

Teacher shortage: 4 Fensters that Brown would address the issue in the May budget revision. He did, though he took the cheaper options, including $20 million  to help districts’ support staff earn teaching credentials and $10 million in planning grants for colleges to offer a bachelor’s degree and teaching credential in four years.

Preschool expansion: 3 ½ Fensters that the Legislature would fund at least 9,500 preschool slots plus one-time funding for facilities. It funded only 3,000 more.

Reviving the API: 3 ½ Fensters that the state board would have to revive an API-like index to rank school performance to meet federal law. It probably won’t have to. In final regulations, the U.S. Department of Education caved on the issue.