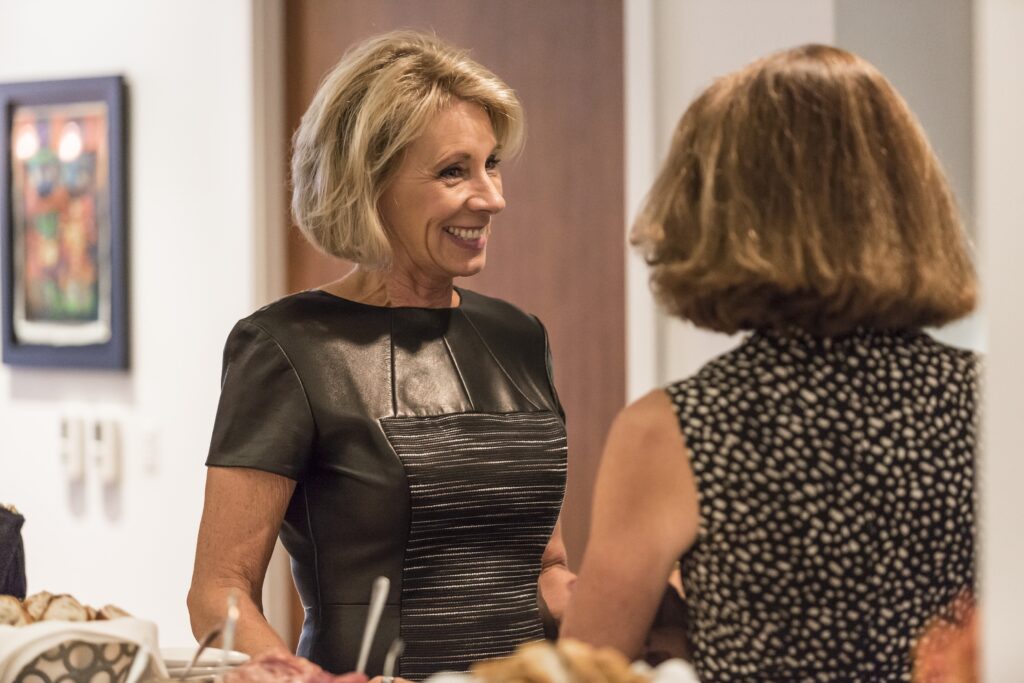 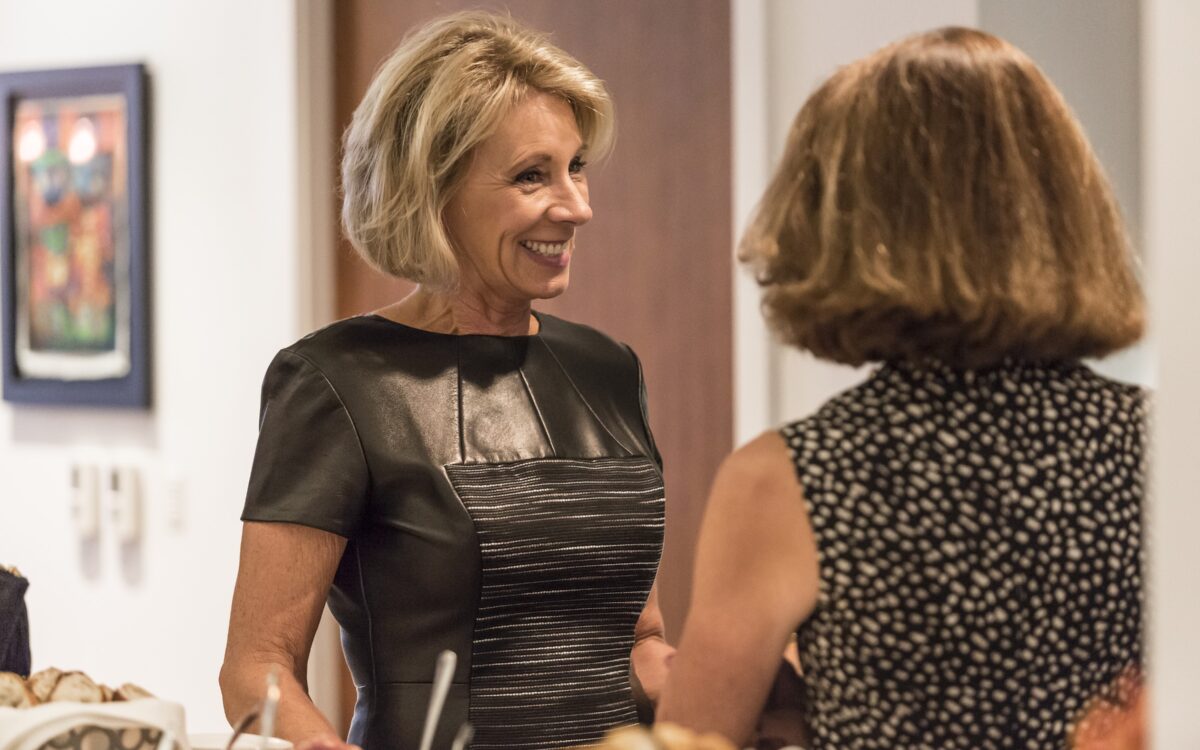 Aspects of President-elect Donald Trump’s proposal for a massive $20 billion “school choice” program are running into resistance from an unexpected source: charter school advocates in at least two states.

According to the plan he announced last September, the goal would to allow parents to use federal and state dollars to enroll their children “in the local public, private, charter or magnet school that is best for them.”

The plan would include provide parents with tax-payer supported vouchers that could be used to pay for private school tuition.  That has been a central  passion of Betsy DeVos, Trump’s multibillionaire nominee to be secretary of education, who will testify before the Senate Health, Labor, Pensions and Education Committee at her confirmation hearing beginning at 2 p.m. PST on Tuesday. She has also been a vigorous supporter of charter schools, and has been a driving force in promoting charter schools in her home state of Michigan. Her husband, Dick DeVos, the son of Amway co-founder Richard DeVos, even started one, the West Michigan Aviation Academy in Grand Rapids.

But so far, charter school associations in two states — California and Massachusetts — are expressing concerns about different parts of Trump’s school choice plan.

In a letter to California legislators last month, the California Charter School Association came out strongly against any effort by the  Trump administration to extend private school vouchers to the state. “We will actively resist them (vouchers) being forced on our state,” the letter stated.

The letter noted that “legislation may be brought forward at the federal level to create new student voucher programs.” But, it said, “given that California’s vibrant and growing charter school sector affords parents their fundamental right to choose where their students go to school, we believe that vouchers would be at odds with the needs of California’s public school system.”

In addition to vouchers, the Massachusetts Charter Public School Association has other concerns.  In a forceful letter to Sen. Elizabeth Warren, D-MA,  last week, it worried that based on DeVos’ history with charter schools in Michigan, a school choice plan she would spearhead would promote charter school expansion without holding them sufficiently accountable for results.

“We are deeply concerned that efforts to grow school choice without a rigorous accountability system will reduce the quality of charter schools across the country … Without high levels of accountability, the model fails.”

Warren is on the Senate Health, Labor, Pensions and Education Committee, and the letter asked Warren to use DeVos’ confirmation hearing “to probe the incoming administration’s intention regarding education policy in general and school choice and quality specifically.”

When Trump selected DeVos to be his secretary of education, the California Charter School Association enthusiastically welcomed her appointment. It still does.

Asked how the association can back DeVos’ appointment while opposing vouchers for private schools, the organization’s President and CEO Jed Wallace said its support is based on DeVos’ support for charter schools over many years. As with any presidential nominee, he said, “some things you will agree with and some things you will not.”

He noted there were other positions taken by Trump during the campaign “that are very concerning to us.” That includes threats to revoking the Deferred Action on Childhood Arrivals program, which gives temporary legal status to some undocumented immigrants who came to the U.S. as children without legal authorization.  Some of them are enrolled in charter schools.  Wallace said ending the DACA program would be “completely unacceptable to us.”

However, because of the size, strength and quality of the charter school sector in California, he said parents have sufficient options without additional choices through vouchers for private schools.  Vouchers might make sense in other states, but not in California. “All we know is that it would not be appropriate for them to be forced on our state,” he said.

Compared to most states, California’s charter school sector is booming.  According to the latest figures, there are 1,253 charter schools in California.  That’s about 500 more than in Texas, which has the second-most.  Enrollments increased by 30,000, to 603,360 students. Currently about  10 percent of California public school students attend charter schools, twice the national rate of about 5 percent.

Massachusetts also has one of the most strongly regulated charter school systems in the nation. Only one agency — the state Board of Elementary and Secondary Education — can authorize charters, in contrast to California, where local districts, county boards of education and the state board can issue charters.

These tensions suggest that a school choice program promoted by Trump and DeVos will not be uniformly embraced by  traditional allies in the “school choice” movement across the nation.

“A lot of charter advocates and school leaders are worried that people will confuse charter schools with private school vouchers as ‘school choice’ heats up as an issue under DeVos,” said Robin Lake, director of the Center on Reinventing Public Education at the University of Washington. “Charter schools are public schools, while vouchers provide money to go to private schools.   Folks are trying to make that distinction clear.”

Eric Premack, executive director of the Sacramento-based Charter Schools Development Center, said he was concerned that the entire charter school issue would become even more politicized and become viewed as “a Trump thing.” Charter schools, he said, “have always enjoyed a lot of support on the Democratic side of the aisle, and we want to keep it that way.”

As for the notion of providing vouchers for private school tuition, he said the idea would be a “non-starter” in California.  California voters have twice voted down private school voucher initiatives (in 1993 and 2000).  “The polling (on vouchers) is so negative in California, we never even think about it,” he said.

To view confirmation hearings of Betsy DeVos to be the next U.S. Secretary of Education, scheduled for 2 p.m. PST on Tuesday, February 17, go here.