Education board moves to assert state's role in school accountability 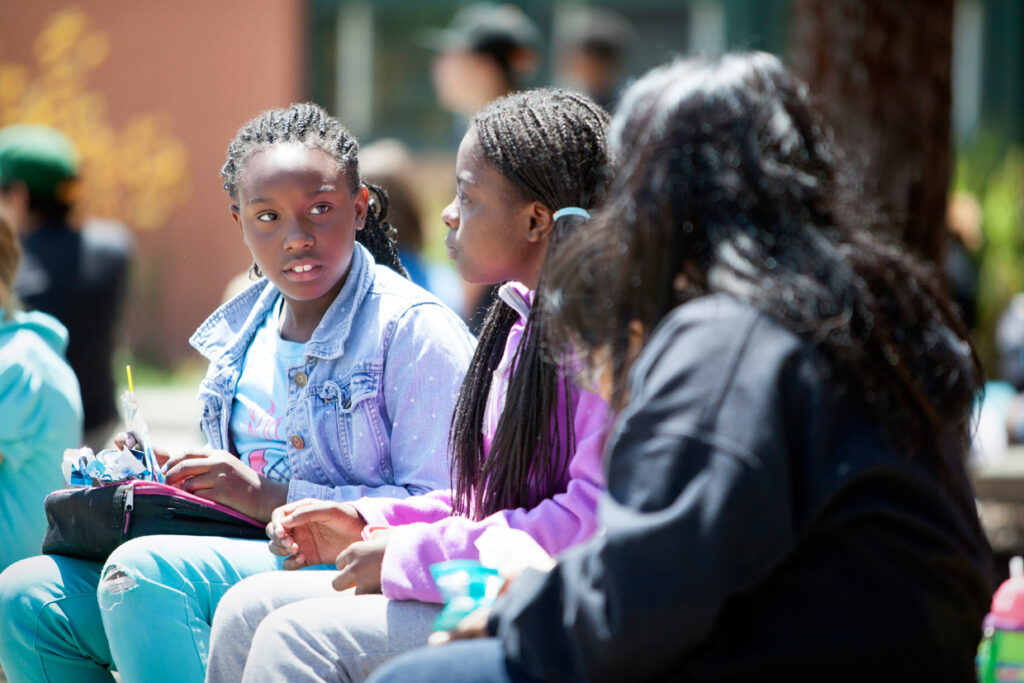 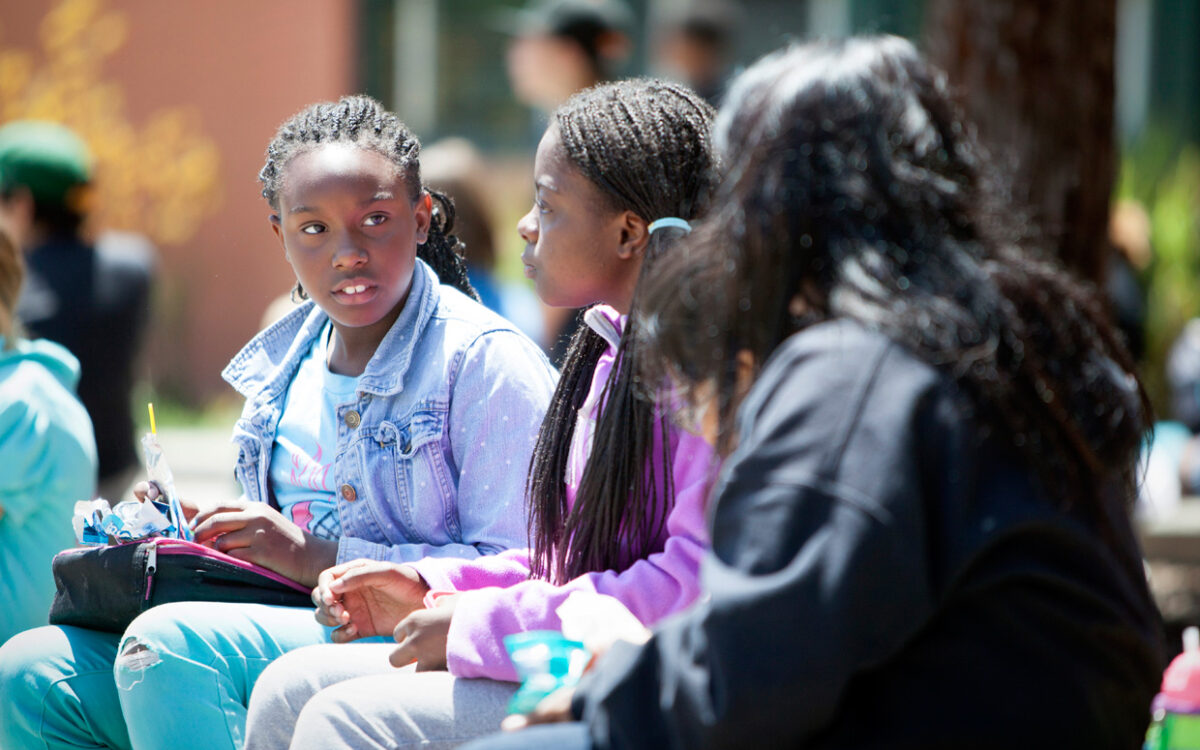 Meeting for the first time since President Obama signed the Every Student Succeeds Act last month, members of the State Board of Education expressed optimism Wednesday that they can create a single system that meshes federal, state and local approaches to school improvement.

But, in identifying areas of uncertainty and some potential conflicts between the federal demands and the state’s vision, several board members made clear that the state should be driving the design of the system – not Washington. Under the No Child Left Behind Act, the federal law’s predecessor, Congress made the state’s acceptance of $1.5 billion in federal Title I funding for low-income children contingent on adhering to federal rules defining failing schools and dictating how to fix them.

Now the state has become the primary funder of money for low-income children and English learners through the Local Control Funding Formula, with $71 billion in proposed funding next year, said board member Sue Burr, likening Title I dollars to “budget dust” in comparison.

The new federal law “gives us a wonderful opportunity” to align the federal and state school accountability systems, Burr said, “but we have flipped the way we fund the system for vulnerable children. I want to flip the equation: How can we make sure the federal government conforms to what we want to do as well?”

The Every Student Succeeds Act does significantly curb the power that former U.S. Secretary of Education Arne Duncan assumed under No Child Left Behind, creating conflicts with California. Instead, the new law adopts California’s approach to determine which low-performing schools need intervention through the use of several measurements, of which standardized test scores will be only one. Others will be high school graduation rates, growth on test scores, how soon English learners become proficient in English and a state’s choice of at least one non-academic indicator. It could be a measurement of college and career readiness, or, if student and civil rights advocates can persuade the state board (see letter), measurements of school climate and student engagement, such as chronic absenteeism. (See explanation of new law prepared by attorney Julia Martin, a consultant for the California Department of Education.)

The new law does offer states flexibility, and next week, in a U.S. Department of Education hearing in Los Angeles, state officials will ask federal officials to respect that commitment in forthcoming regulations. They will deliver the message contained in a two-page letter to the department that state board President Michael Kirst and state Superintendent of Public Instruction Tom Torlakson issued on Wednesday, in which they urge federal officials “to grant wide discretion” as regulations are developed. “Flexibility is paramount for states like ours that are already far along in redesigning our accountability system,” the letter says.

Board seeks waiver one more time

State officials will put the new federal commitment to state flexibility to a quick test.

The State Board of Education voted on Wednesday to again ask the U.S. Department of Education for a waiver from the No Child Left Behind Act to allow school districts to spend nearly $300 million in federal funds as they choose for programs and services for low-income children.

Under NCLB, schools designated for Program Improvement for failing to meet ambitious targets for academic proficiency,  had to set aside 20 percent of federal Title I funding for after-school tutors and the cost of transporting students who chose to transfer to higher performing schools. Nearly all Title I schools in the state were in Program Improvement by 2014.

The Every Student Succeeds Act, which Congress passed last month to replace NCLB, eliminates the tutoring and transportation mandate, but states’ new improvement plans won’t go into effect until either 2017-18 or 2018-19; the state is waiting for clarity on which year.

State officials are seeking the waiver to relieve them from NCLB’s penalties in the transition and say districts should no longer be bound by a law that Congress recognized was seriously flawed. Federal officials rejected the same waiver request last year, but that was before Congress voted to replace NCLB. State board President Michael Kirst said he was optimistic the latest request would go through.

The letter specifically addresses several areas of possible tension. The federal law requires states to oversee improvement plans for the lowest-performing 5 percent of schools receiving Title I aid, about 300 schools. The Local Control Funding Formula focuses on providing help to districts, not schools, under the theory that change must happen through a systemwide approach. Kirst and Torlakson want to preserve that prerogative.

Gov. Jerry Brown and the board want to replace the Academic Performance Index, a composite number ranking schools, with a “dashboard” of metrics, each measuring performance without a combined number. The letter urges federal officials to permit that method to compile a list of low-performing schools – assuming it can be done. 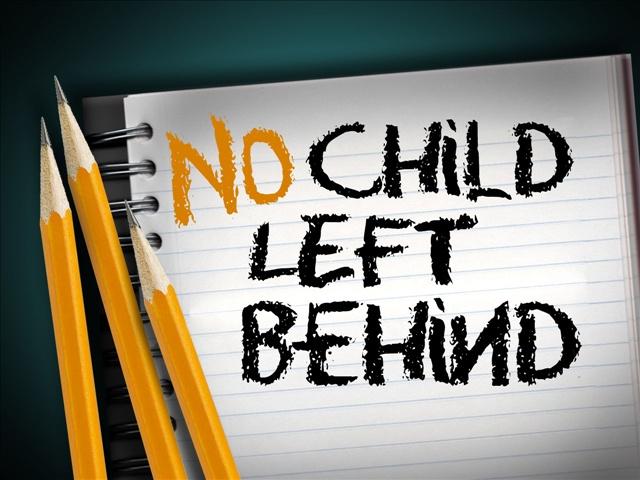 State board members may find that their biggest disagreement, however, may not be with Washington, but with civil rights advocates and others who want the state to assume a more aggressive approach to closing achievement gaps than they anticipate the board will adopt. They want the state to use more metrics and examine more data on school climate than it currently collects. And they want stronger action when the collaborative approach to “continuous improvement” – the cornerstone of the state’s new vision of reform – fails to move stubbornly low-performing schools.

Christopher Edley, a law professor at the UC Berkeley School of Law, expressed that view in a webinar Tuesday co-sponsored by Edley’s The Opportunity Institute and EdSource. The state’s system may work well for districts with “good leaders with proven strategies” but will the state push “schools at the other end of the spectrum that are struggling to do better?”

“The question is going to be, particularly with a governor who believes in giving (authority) to locals and seeing what happens and not collecting data, whether or not the state will step up” to ensure that they fulfill the purpose of both the Every Student Succeeds Act and the Local Control Funding Formula.

Tom Saenz, president and general counsel of the Mexican American Legal Defense and Educational Fund, said that so far the results of districts’ actions and spending on behalf of English learners and minority students under the Local Control Funding Formula have been uneven. So parents and civil rights groups should press the state board for a strong statewide accountability plan that meets the new federal law’s goal of narrowing achievement gaps, he said.

School climate, access to courses and qualified teachers, student engagement, as well as student achievement are among eight priorities, with two dozen metrics, that the Local Control Funding Formula requires school districts to address. Between now and the fall, the state board must decide which of those metrics to make key indicators of progress. They also must set specific performance goals, such as a target for graduation rates for all students and for student subgroups, and how fast districts must move to achieve the goals.

Board member Pat Rucker noted the ambiguity in the state law that strives for an undefined process of continuous improvement while calling for specific performance targets, with a timetable for growth.

“Growth and continuous improvement – the two are different. What is our standard? What is the distinction?” she asked.

Kirst asked staff members and the consulting agency WestEd to provide the board with recommended targets for improvement at the next meeting in March.