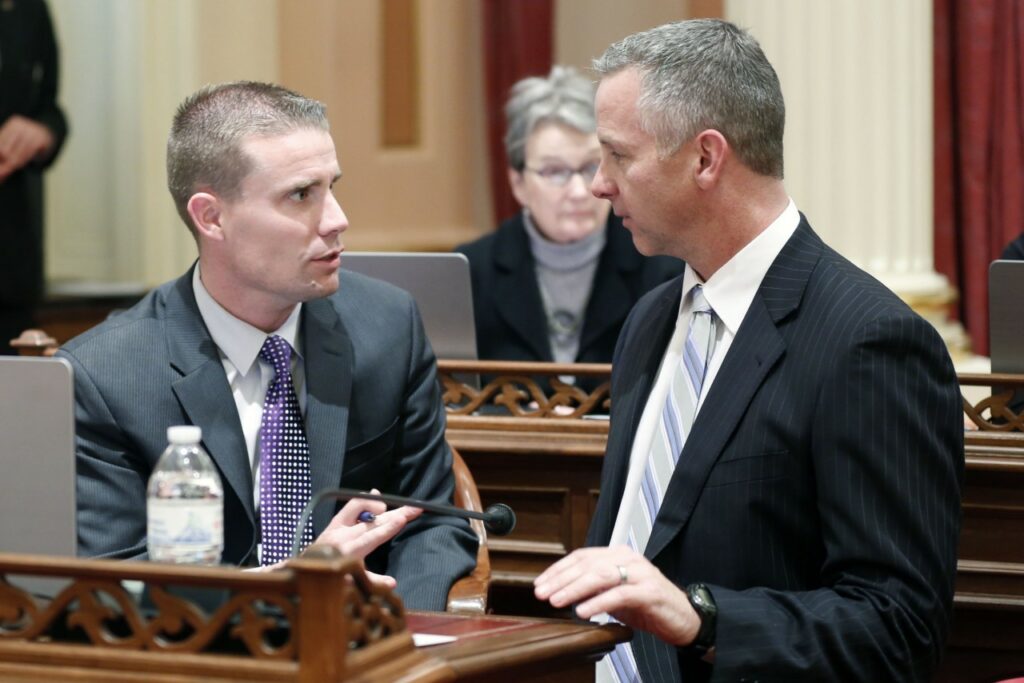 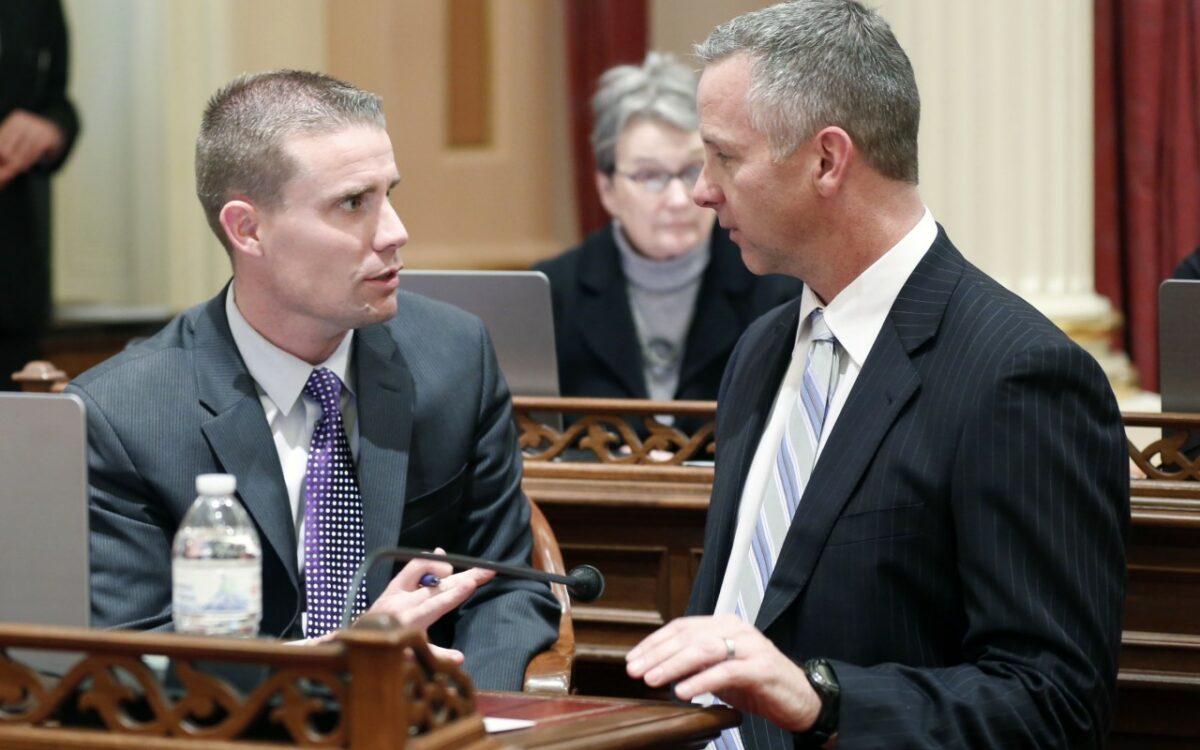 In a sign of how much term limits are affecting the legislative process in California, freshman legislators have been appointed to chair four out of six key committees handling education and children’s issues – even though they had no prior experience as lawmakers in the state Capitol.

But lawmakers who were appointed to their posts within days of coming to the Legislature don’t appear daunted by their rise to the top of the legislative committee pyramid. In interviews with EdSource, they say their experience before coming to Sacramento qualifies them for the role of committee chair. Of the six, two are former teachers, two are former school board members, another was a community college president and two are former city council members.

They come to Sacramento with an agenda for education that is not radically different from the one that is currently being implemented in most school districts in the state. They say they support major reforms, such as the Common Core and the Local Control Funding Formula, although some are carving out areas of specialty.

Most of the new committee chairs have yet to take public positions on several child-related issues, and they are just beginning to introduce bills for consideration by the Legislature.

The following freshman lawmakers won election to the Legislature on Nov. 4 and weeks later found themselves heading up committees

Compared to Liu, Sen. Marty Block, D-San Diego, who chairs the Senate Budget Committee on Education, is a relative newcomer, having served in the Legislature for six years. Before that, he served as president of the San Diego Community College District’s board of trustees.

The influx of freshmen lawmakers comes after massive turnover in the Legislature in recent years as a result of voter-approved term limits. This year, 72 of the 120 members who make up the state Assembly and Senate have two years or less of experience at the state level. The shift leads to regular shakeups of committee chairs and members – and increasingly to freshmen legislators being appointed chairs.

As the 2015-16 Legislature begins its work, the freshmen committee chairs will have to negotiate a challenging learning curve, said Bruce Cain, a longtime pundit who is a political science professor at Stanford University.

Despite their prior backgrounds in politics and other fields, the most skilled committee chairs “must understand the legislative process and how to negotiate compromise,”and that can take years, Cain said. But while the new committee chairmen are likely to be overwhelmed at the outset, they can gain expertise over time, especially if they stay in one chamber for more than one or two terms, Cain added.

“The big picture is pretty good for education,” said Assemblyman Kevin McCarty, D-Sacramento. “We have money.”

In 2012, California voters passed an initiative that reduced the total amount of time a person can serve in the Legislature from 14 years to 12 years. But under the new laws, a legislator can serve all 12 years in one of the two chambers. Assembly seats are for two years and Senate seats are for four years.

Liu is reaching out to other committee chairs about their legislative goals. One of hers is a statewide school construction bond measure (SB114). She has reintroduced legislation that would reestablish the California Postsecondary Education Commission, which was shut down in 2011. The bill, SB42, would rename the agency the California Commission on Higher Education Performance and Accountability and refocus its work.

Liu says she fully embraces the Common Core State Standards being implemented in California and 42 other states and believes her fellow committee chairs also do.

“I am very excited about the Common Core,” said Liu, a former teacher who taught social studies at El Cerrito High School in the 1960s. Back then, she said, “we didn’t have standards as rigorous as we do today.” The new standards “really teach kids to think,” she added.

Considering that the new committee chairmen have virtually no experience in the Legislature to guide them, those interviewed by EdSource seem upbeat after their first month on the job.

“The big picture is pretty good for education,” especially after years of cuts, McCarty said in an interview with EdSource. As chair of the education subcommittee of the Assembly Budget Committee, he will play a key role in establishing funding levels for a range of programs.  “We have money,” he added, with Gov. Jerry Brown’s proposed budget for 2015-16 setting aside nearly $66 billion in Proposition 98 funding for K-12 schools and to partly fund community colleges.

McCarty so far has made preschool his major priority. Money should be spent to restore programs that were hard hit during the recession, McCarty said, such as state childcare programs – which lost 100,000 slots during the Great Recession – and state preschool programs.

When he was sworn in on Dec. 1, McCarty introduced AB 47, legislation that would expand California’s state-funded preschool program to all eligible low-income children – an estimated 32,000 students. The cost of that expansion, McCarty said, would be far less than what would be needed to expand transitional kindergarten, the additional grade created by the Legislature three years ago to serve 4-year-olds who were previously eligible for regular kindergarten.

McCarty also supports current efforts to improve early education programs in California in the coming years, using a quality rating system (QRIS) for childcare centers and preschools in the state.

O’Donnell, a high school government and geography teacher for the past 20 years, told EdSource that the hardest challenge for him is making the switch to “talking about education rather than providing it in the classroom. It’s easier to talk ed policy than implement it.”

Teachers, he said, are the real reformers. “They are the ones implementing the Common Core, curriculum and testing.”

Like McCarty, O’Donnell, the chair of the Assembly Education Committee, supports efforts to expand state-funded preschools in California. But “if we are going to add preschool slots, money needs to come from other sources,” he added. “That will be part of the budget discussion. We are confident we can.”

O’Donnell fully supports local control policies established by Gov. Jerry Brown, adding that state lawmakers should not try to micromanage the classroom from Sacramento. “Being a teacher helped me get here,” he added. “It caused me to look at policy and how it’s implemented at the local level.”

While the new education committee chairs are light on statewide policy experience, they have experience in local government and education.

McCarty was elected to the Sacramento City Council in 2004 and served for a decade. At the same time, he was a preschool advocate at Early Edge California, which works to expand quality early education programs. Before that, he was a staff member to the same budget subcommittee that he now chairs.

“Being a teacher helped me get here,” said Assemblyman Patrick O’Donnell, D-Long Beach. “It caused me to look at policy and how it’s implemented at the local level.”

O’Donnell taught government and geography at Paramount High in Los Angeles County. He also served on the Long Beach City Council. Chu served on the San Jose City Council before running for the Assembly in 2014. Before that, he was elected to the governing board of the Berryessa School District in San Jose.

McGuire, who represents a coastal district that stretches from the Golden Gate Bridge north to the Oregon border, was a prodigy of sorts on the electoral landscape. He was elected to the Healdsburg school board when he was 19, and his wife is a teacher.

Liu hopes that the new crop of freshman committee chairs stays in the Legislature long enough to achieve lasting reforms in education. “It’s better for the legislative system for new members to gain expertise in a subject,” she said.

O’Donnell says he has plenty to do in the Assembly before entertaining the idea of moving to the Senate, which in recent years has been a typical trajectory.

He concedes that life in the Legislature is quite a change after being a classroom teacher for two decades.

“I still associate the time of day with what school period it is,” he said.