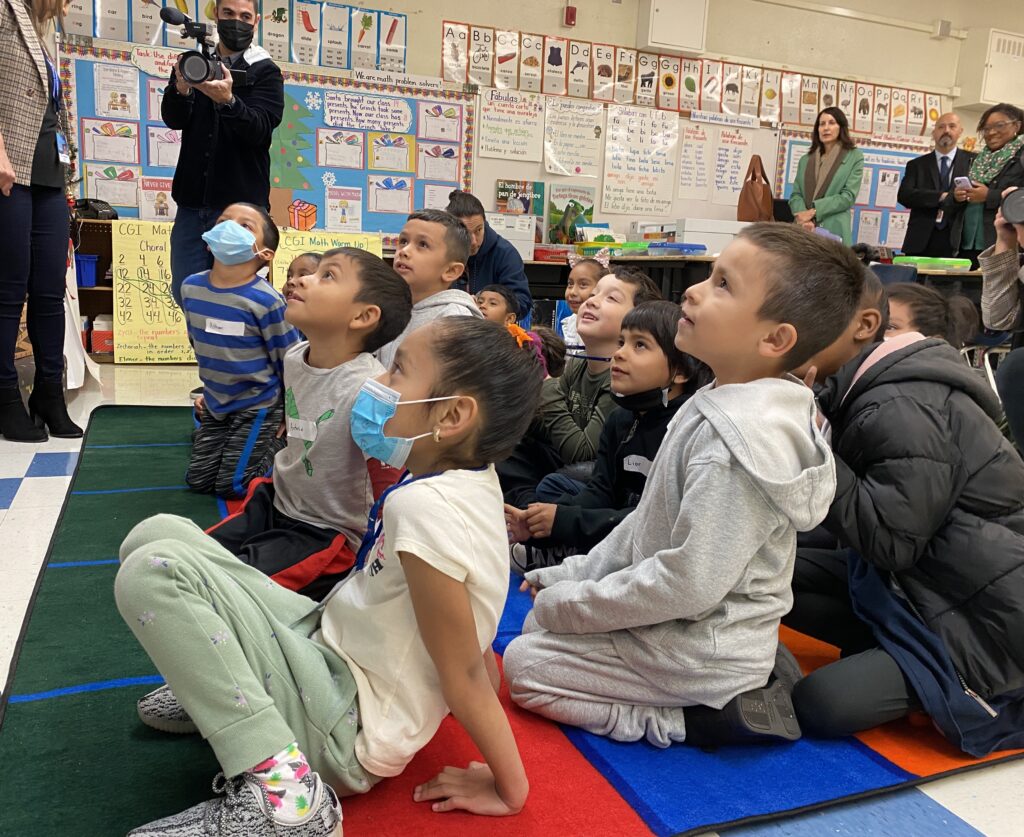 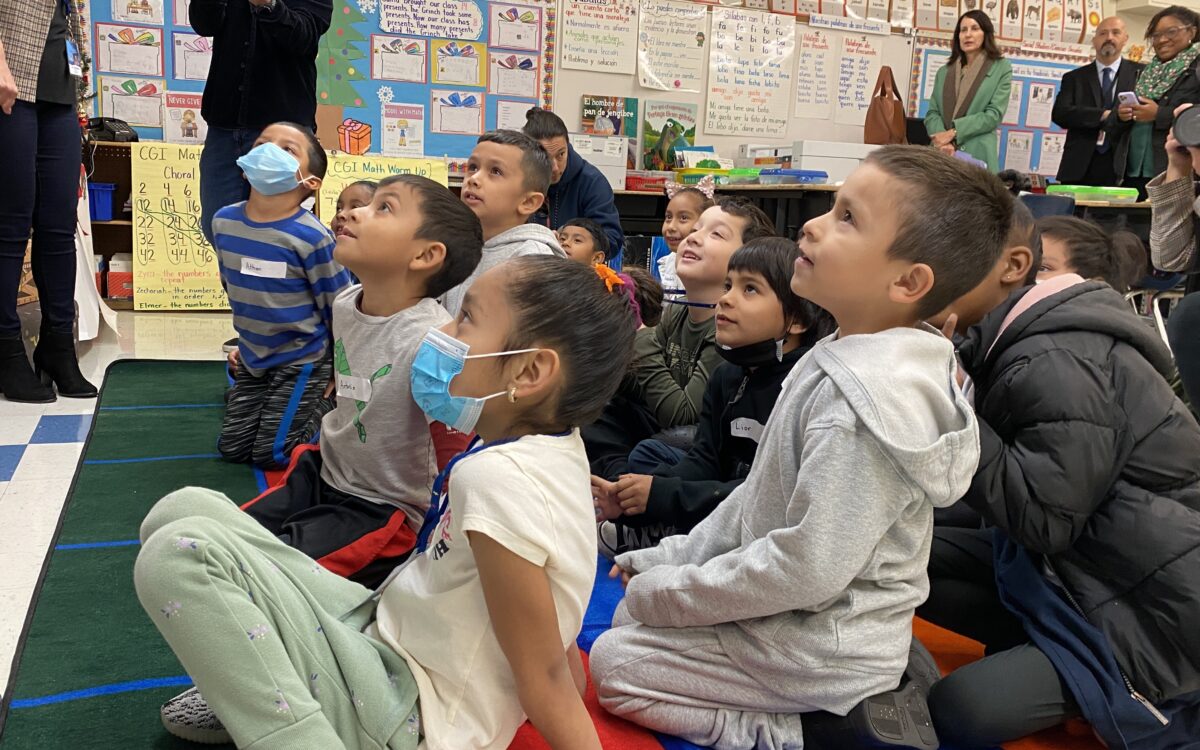 Students across Los Angeles Unified showed up Monday for the first of two optional extra days of catch-up learning the district is hosting over winter break. Although more than 72,000 students signed up to attend Monday and Tuesday to receive academic help and improve their grades, participation turned out to be much lower than expected at some LAUSD schools.

The optional effort is part of the district’s plan to get students back on track following the pandemic, which pushed schools online in 2020 and caused much learning loss. However, some uncertainties and logistical problems remained. Attendance numbers were not released Monday.

Attendance appeared uneven across the sprawling district, which usually enrolls 422,276. Complicating matters, some students had to attend the sessions at campuses other than their home schools, take new bus routes and work with teachers they had never before met.

Still, district officials touted what they said would be the days’ benefits.

“If 180 days of schooling is good, then four additional days have to be good,” district Superintendent Alberto Carvalho said at a news conference Monday. “Why? Because what I will be seeing and participating in is nothing more, nothing less, than that chemical magic between a student and a teacher in a classroom.”

Of those signed up, Carvalho estimates 65% to be students who the district intended to target with this intervention. Those were mainly students whose grades were low or students who showed weakness in some skills.

LAUSD hosted students at 304 school sites, up from the initial 293 it announced to the school board two weeks ago. More than 500 school bus routes were also active to get students to participating schools, according to Carvalho.

How the days unrolled, however, varied from school to school. There were many moving parts as registrations fluctuated, initially causing skepticism about how the intervention effort would unfold.

Plans for the day were largely left up to each school site, according to Karla Estrada, the deputy superintendent of instruction. The district provided sample schedules and resources that principals and teachers could use to structure the day, but they were also authorized to implement their own approaches, she said. At the high school level, that meant some schools would have students spend the day with one set of instructors, while at others that meant students would have their days split into blocks.

“We really left that to them,” Estrada said. “We gave them examples, so they would have that as well as the resources, but based on the teachers’ decisions, they were able to work together to make those decisions. We really wanted to be very student-based.”

At Bright Elementary School in Exposition Park, the targeted student population coordinator, Karina Alvarez, initially expected to have 19 students in her kindergarten classroom, but she ended up with only two. As a result, she teamed up with the transitional kindergarten teacher, growing their class size to five students. Still, that left a ratio of 1:1, including the aides in both their classrooms, which Alvarez didn’t feel was needed.

That relatively low enrollment was reflected across the campus, which hosted an additional four schools. According to Alvarez, administrators initially expected 450 students but ended up with 106. It was a surprise, she said, given that she felt her school was prepared for the volume. She spent the weekend preparing posters with her principal so that the students would know where to line up.

“We were completely prepared for 450 students,” Alvarez said.

At an elementary school in Eagle Rock, a special education assistant who asked to remain anonymous to speak freely about how the day went, echoed the low turnout. At her school, administrators were expecting 150 to 200 students to show up but ended up with less than 100, she said. The school hosted students from three other schools as well. That led to an excess of staff that put multiple instructors in already small classes, she added. It also came after the school had to pull in three substitutes to participate at the last minute.

“There were two teachers in a classroom with three students because of the low number of kids that showed up,” she said.

At Fremont High School in Florence, where about 500 students signed up, special education teacher Alfredo Perez said the morning started a bit chaotically. Some students arrived late or were not picked up as the school and its students adjusted to the new bus drivers and routes, he said. He had a class of five students, including one student from another class, and another instructor was also added to his room at the last minute.

“It added stress to the teachers with having no structure and no guidance. There was chaos for the students not knowing where to go,” he said. But then things settled down, and they got down to work.

Though he didn’t think any of his participating students particularly needed the intervention, he said it was a good practice for them. They spent the morning working on math as well as their individual education plan goals and followed those two blocks with a cooking activity and some crafts. Tuesday’s focus will again be on IEP goals and then on English, he said.“I think you had a lot of kids who didn’t need the practice. They just went to hang out, basically, and it was not structured enough,” Perez said. “I think everyone should be there to help those students that really need the help. I think if it’s planned correctly, this could be a good thing.”

At 75th Street Elementary School in Florence, one of the schools Carvalho visited Monday, first graders sat on the rug in front of the whiteboard learning how to blend words with the “L” sound.

In an English learners class a few buildings away, third graders were readying to split into two groups of six between their two instructors as they, too, worked on phonics. Later, small group comprehension and a math workshop would follow, along with an enrichment break for dance.

The district also is scheduled to host two more days of extra learning over spring break in April.

The optional days were initially planned for Wednesdays throughout the school year, delaying the last day of school by a week. However, they were moved to vacation days following pushback from the teachers union, which filed a complaint over frustrations that the district did not negotiate with any of its labor unions.