Where are all of California's school librarians? 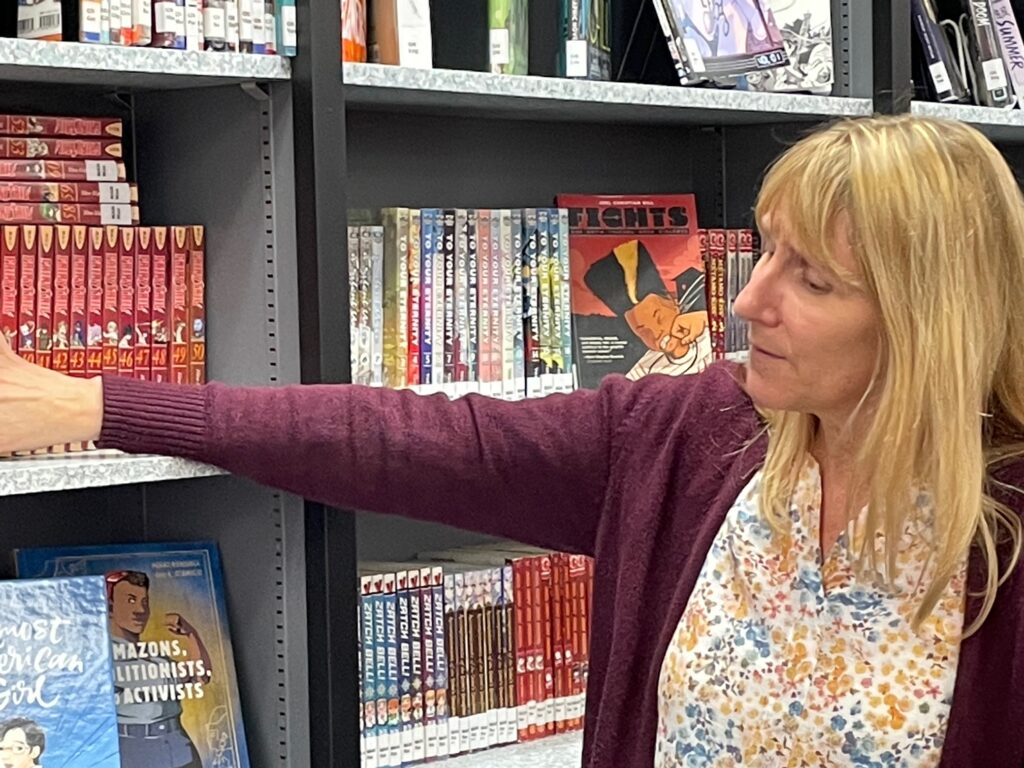 California lags far behind other states on librarian to student ratio 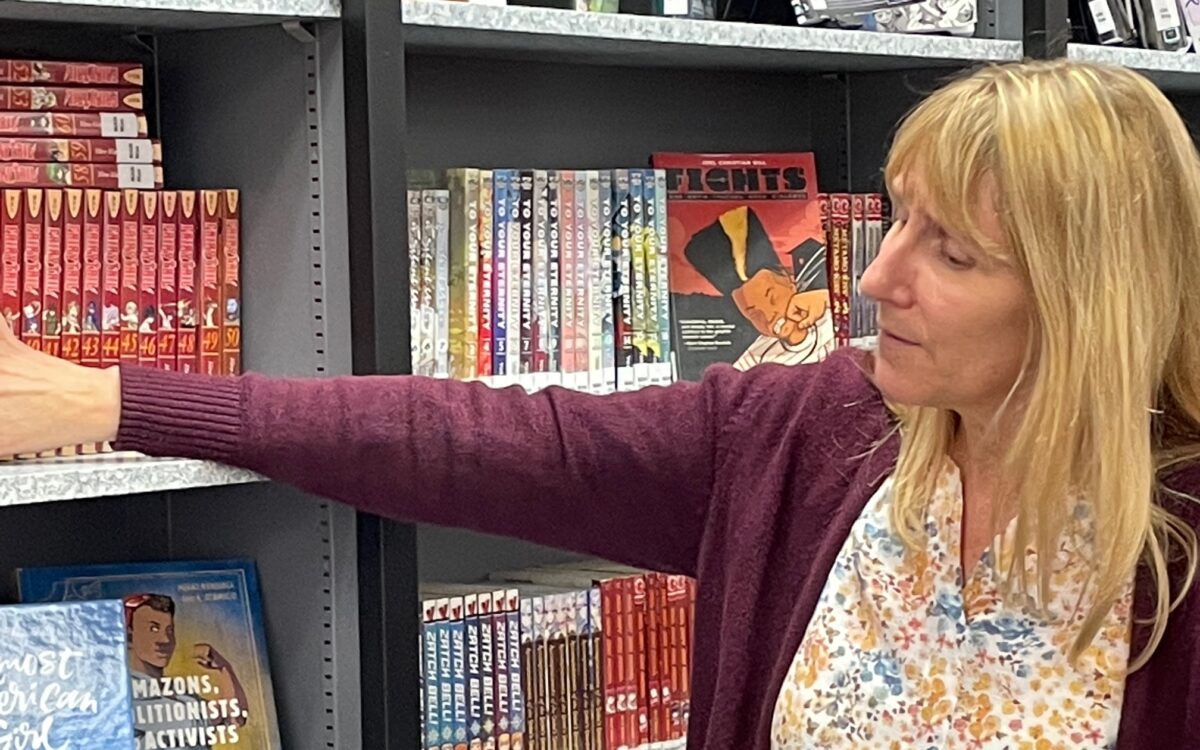 California students who use the school library aren’t likely to find a credentialed teacher librarian behind the desk. Instead, they will probably be helped by someone without a bachelor’s degree, teaching credential or much formal training.

The number of school librarians in the state dropped from the equivalent of 811 full-time positions in 2014-15 to 621 in 2020-21, the latest year data was available, according to the National Center for Education Statistics.

One-third of K-12 students have never had a teacher librarian, said Lesley Farmer, professor of library media at CSU Long Beach and one of the authors of the state’s Model School Library Standards.

A lack of designated state funding for school libraries may be at the root of the scarcity of teacher librarians. School libraries are mostly funded with district general funds and by fundraising, making them a target for cutbacks whenever school finances need tightening.

“Most schools and or districts don’t want to pay a teacher’s salary for the library,” said Nina Jackson, president of the California School Library Association. “They feel like all they need is someone to run a library and keep the books on track. They don’t see the need for someone who teaches digital literacy, media safety and research. They don’t see a need for it and, in education, it comes down to money.”

A review of job openings on EdJoin — an online education job board — on April 6 showed 13 advertisements for credentialed teacher librarians, with salaries from about $42,000 to $105,000, and 116 openings for classified school library workers with pay ranging from $15 to $30 an hour.

“Ideally, school libraries would have a teacher librarian to work with classroom teachers and students, as well as a library technician to check out and repair books and assist with book fairs,” Jackson said.

Teacher librarians are required to have a bachelor’s degree, a California teaching credential and a teacher librarian services credential, which authorizes them to operate school and district libraries, instruct students in the handling of library materials and supervise classified staff, according to the California Commission on Teacher Credentialing.

Requirements for classified library workers vary by district, with some requiring a high school diploma and others an associate degree in library science or a specified number of college units. 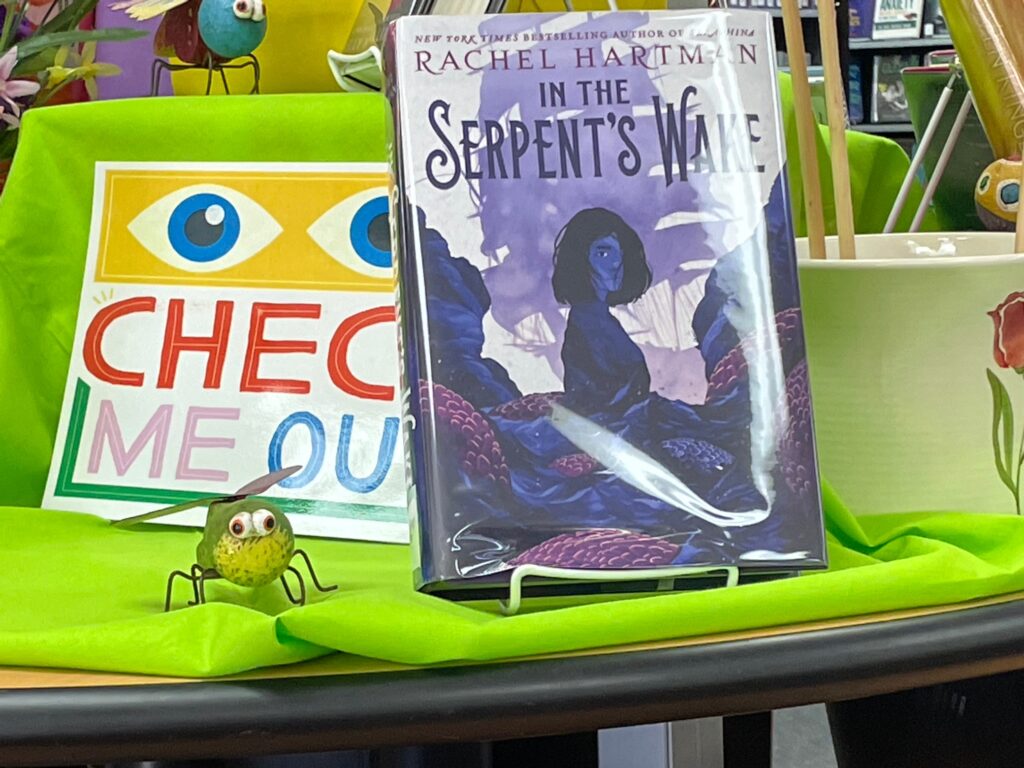 Bella Vista High librarian Susan Sloan has made the library an inviting place with displays similar to those found in a bookstore.

Susan Sloan, the teacher librarian at Bella Vista High School in Sacramento County, says an important part of her job is to teach digital literacy to ensure students can differentiate between biased and unbiased information.

Our students deserve better than our woeful school libraries

The Bella Vista library, which features books displayed on easels and bookmarks for sale at checkout, looks more like a bookstore than a high school library. The library’s collection has been carefully curated by Sloan and updated to include books that appeal to a diverse population of students.

San Juan Unified doesn’t have dedicated funds for library books or materials, so Sloan raises about $10,000 annually to buy most of what is needed. The principal also has provided school funds for some materials. With the help of volunteers, Sloan spends many of her evenings and weekends hosting book fairs and holding fundraisers, like the one last year that sold artwork created with old books. She also applies for grants from corporations and posts wish lists on the Donors Choose website.

On a recent day last month, Sloan was straightening up the library at the end of the school day. Stacks of books with topics like drug addiction, alcoholism, nicotine and hallucinogens had been placed on tables around the room. Sloan explained the books were part of a health class exercise that had students rotating in groups from stack to stack while filling out a chart with basic information about each topic. The idea was to teach students about these health hazards, as well as how to glean information from written materials.

“Some administrators think all we do is check in and check out books, and the rest of the time we aren’t doing anything,” Sloan said. “I am the first one on campus, other than the registrar. So, I’m here at 6:30 in the morning, and yesterday I didn’t leave until a quarter to 5. And that’s pretty typical.”

“Certainly there are multiple factors that have contributed to this library staffing structure in the district, including investments based on student needs at the site level and the availability of teacher librarians,” Rai said. “There continues to be a shortage of certificated teacher librarians, and we did have a hard time filling an open position last year at one of our high schools.”

San Juan Unified officials said they are not required to have a teacher librarian at every school. The California education code says that school districts “may appoint a librarian or librarians to staff the libraries provided they qualify as librarians.” The word “may” is often interpreted as meaning the hiring of librarians is optional.

Even if districts are out of compliance, it’s not clear which agency would sanction them.

“Where the Education Code is not completely clear, districts apply their own interpretation, and the CDE does not act as a compliance agency,” stated an email from the California Department of Education.

“In my view, the statutes are purposely vague because education management, boards and superintendents, want maximum flexibility in staffing,” said Jeff Frost, a lobbyist for the California School Library Association. “It is why in good economic times more teacher librarians are hired but in bad economic times, those same TLs (teacher librarians) are often eliminated from school libraries and often laid off or bumped back into classrooms based on seniority.”

Small districts are most likely to go without a school librarian

Kasmier has many duties. Along with helping students select and check out books, she manages and trains library staff, reads to the younger students and manages an online program that measures students’ reading and math comprehension. She’s also the afternoon crossing guard and is in charge of checking out the school’s Chromebooks.

Konocti Unified requires its library specialists to have an associate degree or 48 college credits, or have a high school diploma and pass a test. The district has struggled to fill teaching and other staff positions because of its remote location and distance from universities.

Palo Alto Unified, on the other hand, has a librarian in each school library. Librarians are essential to the district’s reading initiatives, said Anne Brown, assistant superintendent.

“We have a big focus on the Every Student Reads Initiative, and we want children to love reading, so our libraries are comfortable, safe places for students to hang out, read books and talk to librarians,” Brown said.

Teacher librarians can be hard to find

Palo Alto Unified has had no problem filling teacher librarian positions, which rarely come open, Brown said. But other districts, including San Juan Unified and Tracy Unified, have had difficulty finding them.

Tracy Unified School District had so much trouble finding the six teacher librarians it needed to expand lessons in digital literacy and the use of library resources to middle and elementary schools, that it is offering to pay up to $20,000 of the cost associated with earning librarian certification in exchange for a three-year commitment to the district, said Tammy Jalique, associate superintendent of human resources for the district.

So far three teachers from outside the district have signed on to work as school librarians on provisional permits while they earn their library certification. To earn certification as a teacher librarian, a credentialed teacher must take an additional nine to 10 courses, Farmer said.

The difficulty filling teacher librarian jobs could be because of the low number of teacher librarian credentials issued in California – 94 in 2020. That’s a slight increase over each of the previous four years.

Farmer says there is a perception that no one is hiring librarians, so many potential candidates are earning master’s degrees in library science instead of a teaching credential and taking jobs in public libraries, she said.

“The state needs to turn out 200 teacher librarians a year,” Farmer said.

Between 10 and 15 teacher librarians complete their certification at Long Beach each year, Farmer said. The university has 50 in the pipeline right now. Many of the candidates are full-time teachers who take one or two classes a semester, Farmer said.

“We need more people entering the field,” she said.

Leave a Reply to Roberta