Pell Grant students are doing all they can; they deserve our support. 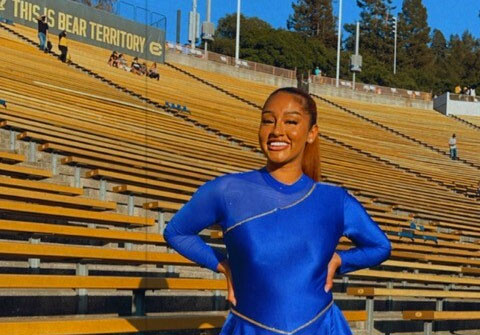 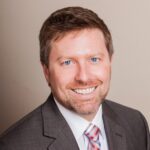 Rakia White is the first in her family to attend college. She started her academic journey at a California community college before transferring as a junior to the University of California, Berkeley. During her time at community college, Rakia juggled three jobs, working as a nanny, a receptionist and a desk manager. Yet her combined income was still not enough to cover rent in the high-cost Bay Area, and she found herself couch surfing with friends just to get by.

Despite the challenges, Rakia persisted, transferring to UC Berkeley in 2020. She was on track for success until the pandemic hit, when she lost the work-study job that helped cover her costs for housing, food and textbooks. She considered taking out student loans but was concerned about debt, and instead decided to forgo loans to finance her education. Like many students in California and across the nation, the high cost of living meant that Rakia struggled, both with her finances and her mental health. For some time, she slept in her car, where she often worried about how she would sustain herself academically and emotionally, as she maintained a heavy, 19-unit course load. She often stayed late on campus to access free Wi-Fi.

Rakia summed up her experience, and that of many of her peers, during a virtual briefing for members of Congress and their staffs earlier this year. “I am doing everything I can, yet it still does not feel like enough,” she said.

Like Rakia, many college students have seen their lives upended by Covid-19. But the challenges they face aren’t new. The pandemic has laid bare just how financially challenging it is for low-income students to pursue an undergraduate education, a situation that has been worsening for decades.

A major driver of the increased economic burden on students has been federal disinvestment in higher education. The Pell Grant program is the main way the federal government helps low-income students afford college. In the 1970s, the Pell Grant covered more than 75% of an eligible student’s public college expenses; now it barely covers 28 percent.

Nearly 7 million students rely on these grants each year to pay a portion of their educational expenses. But as the purchasing power of the Pell Grant has declined, students’ borrowing has gone up to cover the difference. In 2020, student loan debt reached $1.7 trillion, the highest on record, with the average graduate carrying more than $28,950 in debt.

California lawmakers and university leaders have committed significant resources to make a UC degree more affordable and ensure that students can cover their basic living expenses like housing and food. The state’s Cal Grant program provides $978 million to UC students, covering tuition for nearly 78,000 low-income Californians. At the same time, UC provides $782 million in institutional aid, two-thirds of which provide money for food, rent, books and other educational costs beyond tuition. And that investment pays off: UC students graduate with lower debt than the national average, $19,200. The federal government, by comparison, contributes roughly $438 million through the Pell Grant program.

UC is committed to getting students the support they need, which is why we have joined the University of California Student Association (UCSA) in calling on Congress to double the maximum Pell Grant award by fiscal year 2024 to $13,000. Momentum is spreading across the country, with a national campaign led by the Double Pell Alliance, a coalition of higher education associations, organizations, and advocacy groups committed to doubling the maximum Pell Grant by the 50th anniversary of the creation of the program in June, urging Congress to act.

And our call is being heard: Just a few months ago, legislation was introduced by Senate Health, Education, Labor, and Pensions Committee Chair Sen. Patty Murray (D-Wash.), House Education and Labor Committee Chairman Rep. Bobby Scott (D-Va.), Sen. Mazie Hirono, D-Hawaii, and Rep. Mark Pocan, D-Wisc., to double the Pell Grant. The Pell Grant Preservation and Expansion Act of 2021 would immediately increase the maximum Pell Grant by $1,475 for the 2022-23 school year as well as extend Pell Grant eligibility to Dreamers, undocumented immigrants brought to the United States as children.

The University of California is proud to stand with these education leaders and endorses this legislation, which, if enacted, would provide additional support to thousands of UC students and millions of low and middle-income students across the country. At UC, since Cal Grants and UC’s institutional aid cover tuition and fees for so many students, if Congress beefed up the yearly Pell Grant award, UC students would be able to use more of their financial aid to cover additional basic living expenses and reduce their housing and food insecurity, while borrowing less.

Rakia, meanwhile, has set her sights on graduating on time, attending graduate school and one day running her own resource center to help those who face struggles similar to her own.

“I’m going to get things done, and I do not care how long it takes,” she told federal lawmakers.

Students like Rakia have beaten the odds to get here, and they have the determination to build a brighter future.

They deserve our support by passing the Pell Grant Preservation and Expansion Act of 2021.

Shawn Brick is the executive director for student financial support at the University of California Office of the President.