Free school meals for all here to stay in California 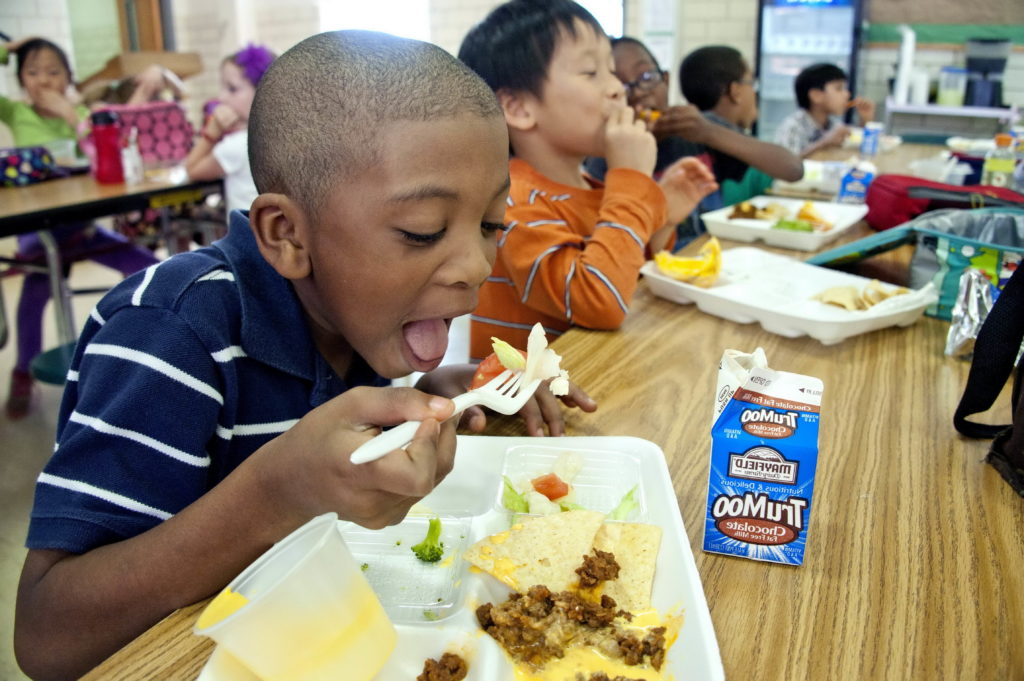 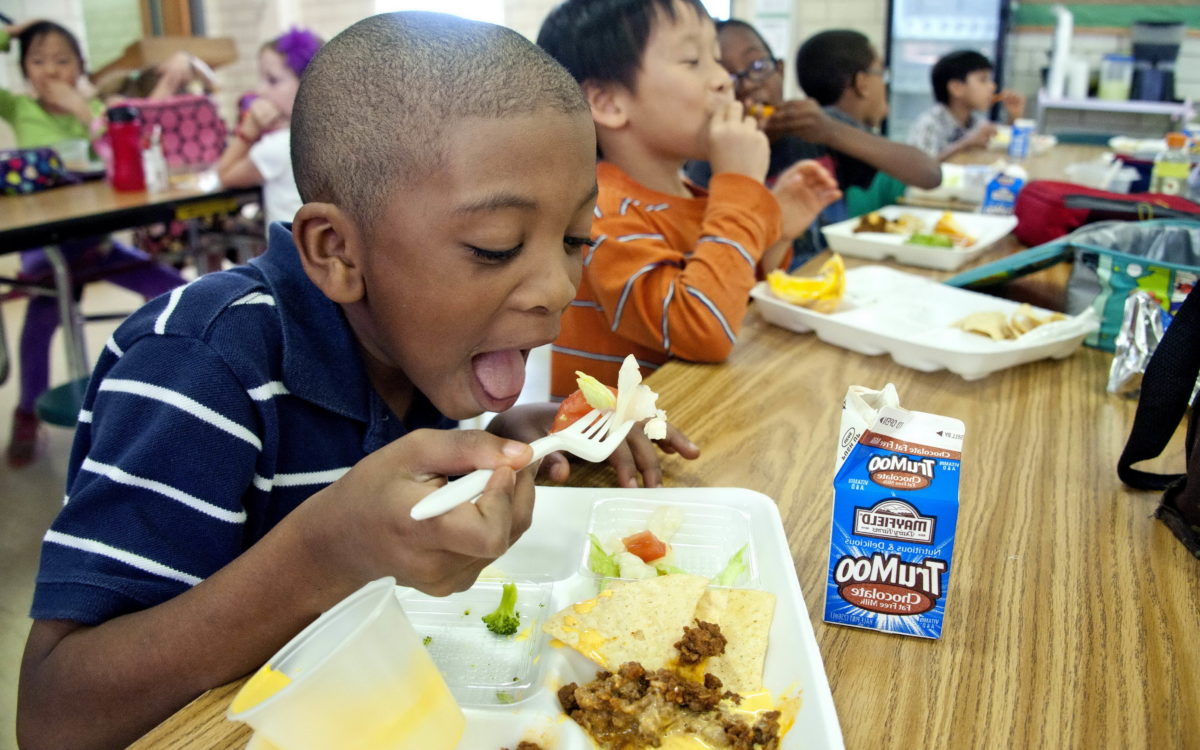 With 1 in every 6 children facing hunger in the U.S., California is the first state to promise every public school student — all 6 million of them — free school meals.

The program ensures that all students will be offered breakfast and lunch at their school, which state Sen. Nancy Skinner, D-Berkeley, said is “essential to learning.” Skinner has led the effort to establish a universal school meal program.

“We know that many California children are food insecure, and if you’re hungry you cannot learn well,” Skinner said. “The whole point of school is learning, and everything we can do to create an environment that allows children to thrive and learn is what we need to do.”

Skinner introduced a bill in March that would have established a universal school meal program.

After the program garnered bipartisan support and the California Department of Finance forecast unexpectedly large projected revenues, lawmakers opted to include it in the state budget rather than as a separate bill.

The final agreement between Newsom and the Legislature calls for $650 million through the Proposition 98 fund each year to reimburse school districts starting in 2022, as well as $54 million in the 2021-22 fiscal year to supplement state meal reimbursements. Proposition 98 is the formula that determines what portion of the general fund goes to community colleges and K-12 schools.

The state program is set to begin in the 2022-23 school year because the U.S. Department of Agriculture has already committed to paying for school meals for all students through the 2021-22 school year.

The USDA has reimbursed districts for providing free meals to all students since the start of the pandemic. Before the pandemic, districts were only reimbursed for feeding students who were enrolled in the National School Lunch Program. Advocates said being able to feed students without having to check whether they qualified for free lunches allowed districts to serve more families at a time when many faced hunger and hardship. 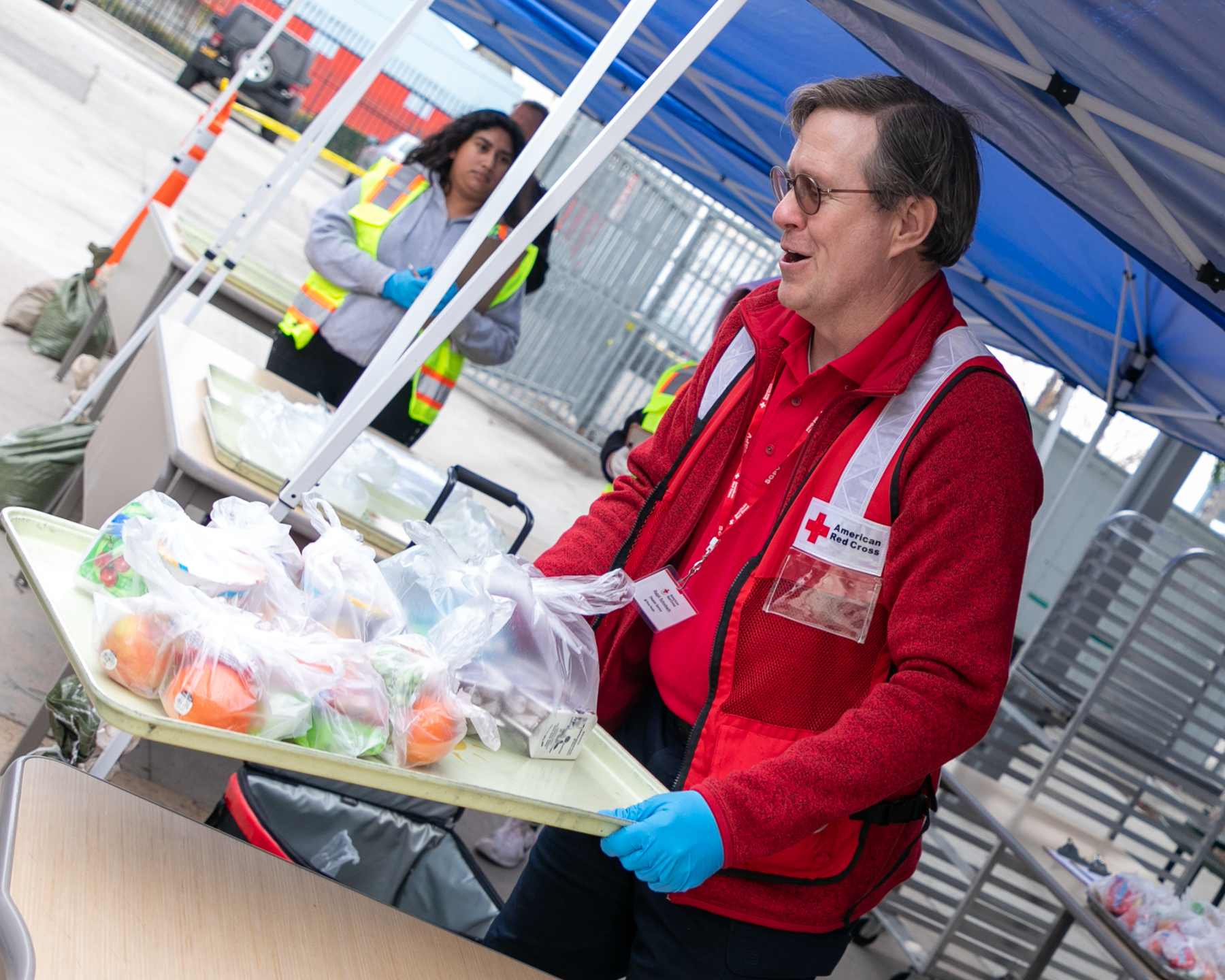 Waiving the eligibility requirements allowed the Oakland Unified School District, for example, to distribute as many as 18,000 grab-and-go meals a day during the pandemic, said spokesman John Sasaki.

“That just goes to show the need that was there,” Sasaki said.

Previously, as part of the National School Lunch Program application process, families had to disclose their household income, how many people lived in the household, their children’s immigration status or if their children were homeless or runaways. Some families feared giving out that information, and students may have felt embarrassed to receive a free meal while others paid for it.

Schools in New York City began serving free meals to all students in 2017 after finding that some students would rather go hungry than admit they didn’t have enough money to pay for lunch. The decision followed a national outcry over “lunch shaming” — publicly shaming students for unpaid school meal bills, or even school staff throwing away their lunches rather than allowing them to eat.

Advocates believed that though 3.9 million students — 63% of California’s student body — participated in the program, the need was actually much higher.

“It’s such good news that everybody gets food with no strings attached, but to be able to do it in a way that nobody is called out is the best thing about this,” Sasaki said. “We want to make sure kids are never given a hard time for being who they are or being in the situation they are in.”

Districts will still be asking families to fill out household income eligibility forms, however. That’s because the number of families in the district that make so little that they qualify for the federal free and reduced-price lunch program remains a key factor in the state’s Local Control Funding Formula. The formula gives additional state funds to districts based on the number of low-income students, English learners, foster children and homeless youth they serve.

Tony Wold, the West Contra Costa Unified associate superintendent of business services, said the district was concerned that fewer families would fill out the household income eligibility forms because they didn’t have to in order to receive free meals. That could have potentially led to a reduction in supplemental funds for the cash-strapped district. To help solve the problem, the district had outreach workers call families directly, explaining why it was important for families to submit the information.

The outreach workers’ “big lift” resulted in more families filling out the forms than the previous year, Wold said, which kept the district’s unduplicated pupils percentage constant. That statistic measures the share of a district’s students who are low-income, homeless, foster youth or English learners — all of which drive the Local Control Funding Formula.

Outreach workers at Oakland Unified emphasize to families who are skeptical about the forms that they determine how much money goes to the classroom, Sasaki said.

California School Boards Association spokesman Troy Flint said the organization anticipates it will be harder for districts to collect income eligibility forms with the new universal meals program. The association hopes the state will provide some support to schools’ “diligent and creative efforts” to collect the forms, though the group isn’t calling for any specific change.

“This administration has prioritized steering additional money toward high-need students, particularly into concentration grants, so there’s reason to believe they might be willing to work toward a modification here,” Flint said.