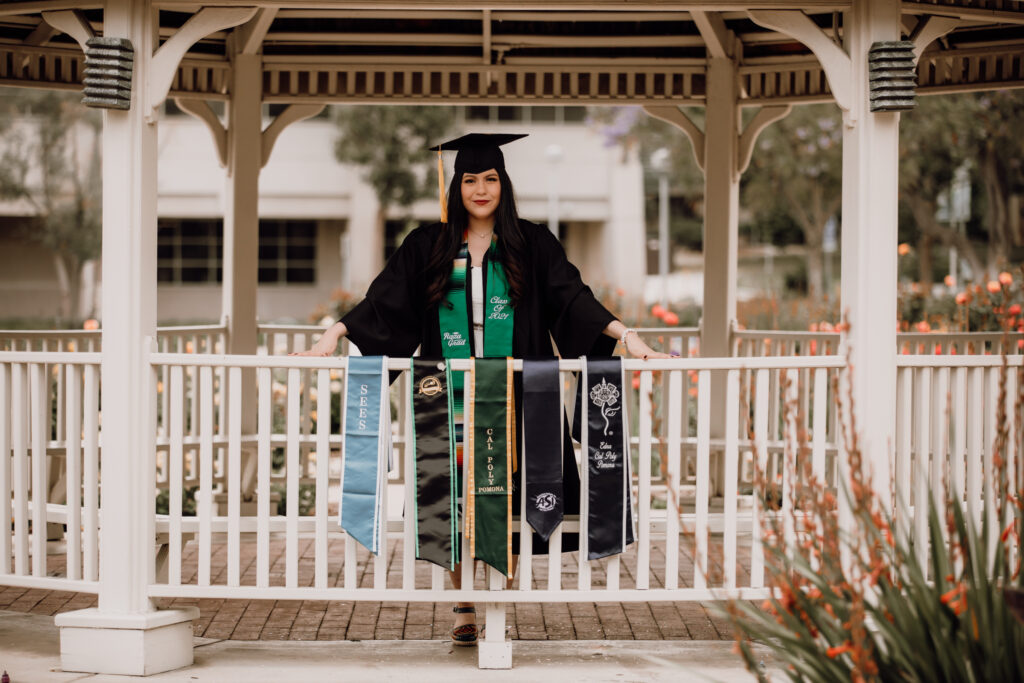 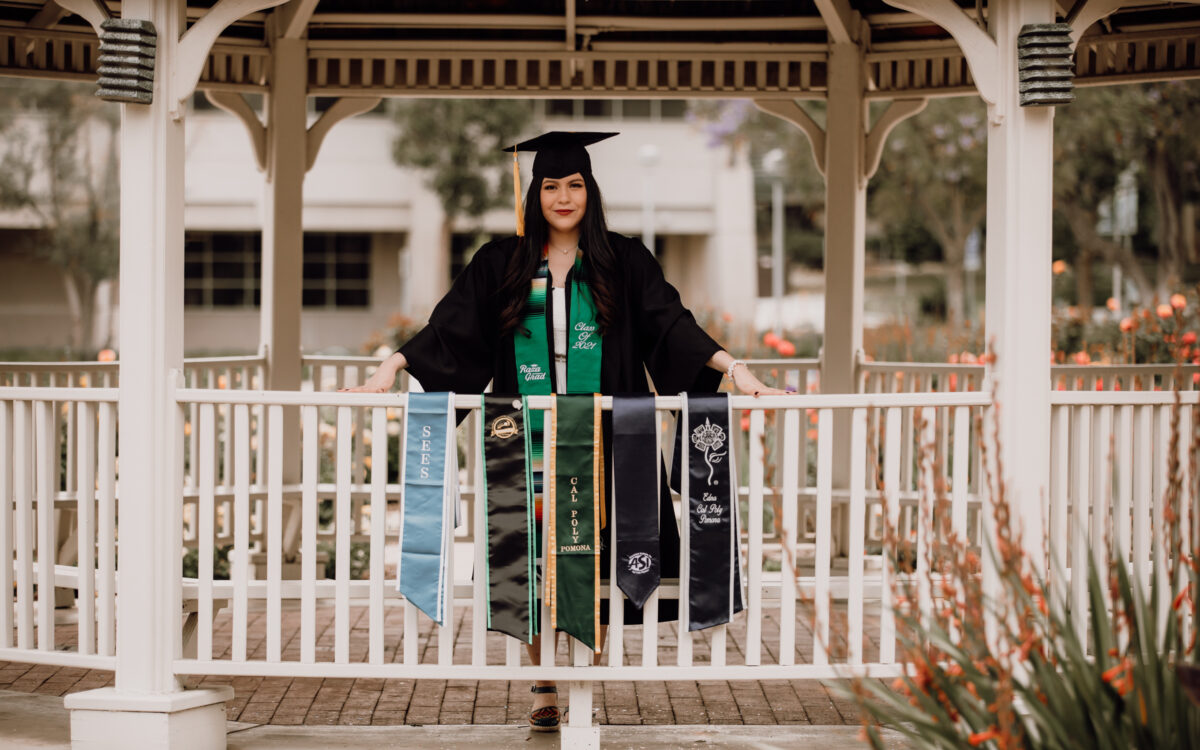 Too few California community college students are transferring to universities, and among those that do, not nearly enough are completing a degree within four years.

A new report describes a complex statewide transfer system that can prolong and derail students from achieving their bachelor’s degrees. The report released Thursday by the Campaign for College Opportunity, a California-based nonprofit, found significant barriers that continue to hinder student progress.

Only 4 in 10 students enrolled in the California Community Colleges in 2012-13 transferred within six years. Those students completed at least 12 credits within six years and attempted a transfer-level English or math class.

Even fewer — 2.5% of those students — actually transferred within the expected two years, according to the report.

Community college students who want to transfer are expected to do so within two years and then earn their bachelor’s degree after at least two additional years of study at the university level.

The report details that few students who want to transfer are following this path. The transfer rates are low because navigating the process can be “cumbersome, confusing and a time-consuming experience for far too many students, despite reforms to improve.”

Furthermore, even after transferring, problems persist for students.

“This is a problem,” said Vikash Reddy, a senior director of policy research for the Campaign for College Opportunity and a co-author of the report. “It’s taking too long to get students to transfer, and then even when we’re getting them there, we’re struggling to ensure adequate levels of success after transfer.”

The graduation rate for students who transfer to the 23-campus California State University system and graduate within two years has significantly improved from 28% in 2012 to 44% in 2020. But that’s still fewer than half of transfers graduating on time, Reddy said. (CSU has a 2025 goal to increase that number to 45%).

Within the nine undergraduate campuses of the University of California system, the graduation rate for transfer students who graduate after two years is 61% — up from 55% in 2012.

Counting the time spent in community college and at the university, the time it takes some transfer students to complete a bachelor’s degree may be far beyond six years.

“The University is committed to improving the transfer student process, and we have dramatically increased the number of transfer since 2015,” a UC spokesman said. “We look forward to reviewing the findings (of the report) and considering additional best practices to build upon our strong record of transfer student degree-attainment.”

Edna Lomeli, 29, graduated this spring from Cal Poly Pomona with a biology degree.

“I’ve been fighting for my bachelor’s degree for about 10 years,” Lomeli said. “It was a very big deal for me and my family and friends to see me graduate.”

After graduating from high school in 2010, Lomeli enrolled in UC Santa Barbara but found herself unable to navigate the university. She said it was the first time she had failed, and she didn’t handle it well. But after a year, Lomeli signed up for classes at San Bernardino Valley College.

“I decided it was time to try again,” she said. “But it took a while to choose what major I wanted to pursue, but when I finally picked a path, it was full speed ahead.”

After three years, Lomeli transferred to the Pomona campus where she helped to mentor other transfer students.

The report details multiple challenges students face when trying to transfer, including “duplicative, ever-changing coursework requirements and a lack of unified, systemwide, transferrable agreements between colleges and universities.”

“And let’s not forget the students that go to the community colleges,” said Audrey Dow, senior vice president for the Campaign. “They’re Latino. They’re Black. They’re Hmong. They’re Filipino. So, we are putting students of color who have the most to gain from a degree through this ‘chutes-and-ladders’ game in a way that we’re not for other students who are going directly into our four-year institutions.”

The report details that 79% of Black and 78% of Latino students enrolling in a community college in 2013-14 declared transfer as their goal, but within four years only 9% and 10%, respectively, had transferred.

Solving this problem would go a long way toward developing the state’s future workforce because 60% of all California’s undergraduate students are in a community college, and the majority of them belong to a racial or ethnic group with historically low bachelor’s degree attainment, the report said.

Students can transfer with an associate degree for transfer — known as ADT — in the state community college system, which was created to streamline the process and guarantee admission into the UC and CSU systems. The ADT also enables students to transfer to many private universities. But problems remain.

Typically, students only need 60 credits to transfer, but even with the ADT, students earned on average 86 credits, according to the report. Without the transfer degree, they earned more, about 90.

A student may end up with excess credits if they substitute a class for one that is over capacity as a way to preserve financial aid. (Students are considered full-time if they take more than 12 credits a semester.) Or, students may take extra courses as they explore career paths or to make their applications to the universities more attractive, Reddy said.

The requirements for some majors and programs at the university level may differ from campus to campus and do not completely match with the transfer degree, she said, adding that some advisers are unaware of these pitfalls.

For example, a student may transfer to a university with their ADT, but without the guarantee that they are enrolling with the benefit of junior standing. About 21% of incoming transfer students to the CSU enroll with a transfer degree but are not on this guaranteed path that helps to ensure they graduate on time.

In recent months, there has been discussion among the Legislature, Gov. Gavin Newsom’s office and the state’s higher education leaders to improve college transfer across the state. For example, Assembly Bill 928 would simplify the associate degree for transfer even more by forcing the CSU and UC to develop a general education path that eliminates confusion across multiple courses and would automatically place students on a transfer path. The bill remains in the Legislature.

These students have to pick the campuses they want to attend and do the extra work and put in the extra time to figure out what is required, she said.

In the report, the Campaign for College Opportunity makes a number of recommendations to improve transfer including expanding ADT pathways to more degree programs, especially in health and science. Only 27 of the 116 community colleges offer transfer degrees in all degree programs.

The campaign also recommends automatically placing students on an ADT path if one is available in the major or career they want to pursue.

Elizabeth Moreno, a Pasadena City College graduate, said she wasn’t aware of that degree path until an adviser in the college put her on that track. She graduated from the college with no more than 60 credits and transferred to Cal Poly Pomona last fall to study psychology.

“If I didn’t go to that campus and learn it was an available resource, I wouldn’t have known,” said Moreno, who will graduate with her bachelor’s degree next spring. “As a high school senior, I didn’t know it was something you could do. And I know a lot of people have had that same experience where they had no idea how this worked until someone explained it for them.”

Dow said this new system wouldn’t eliminate the unique characteristics of attending a UC or CSU institution. They would still retain their different GPA requirements and mandates for upper-division coursework.

“But at the lower division level, that’s just not necessary,” she said. “The segments have to come back together in earnest and in a very public way hammer out some of these challenges that are really persisting.”