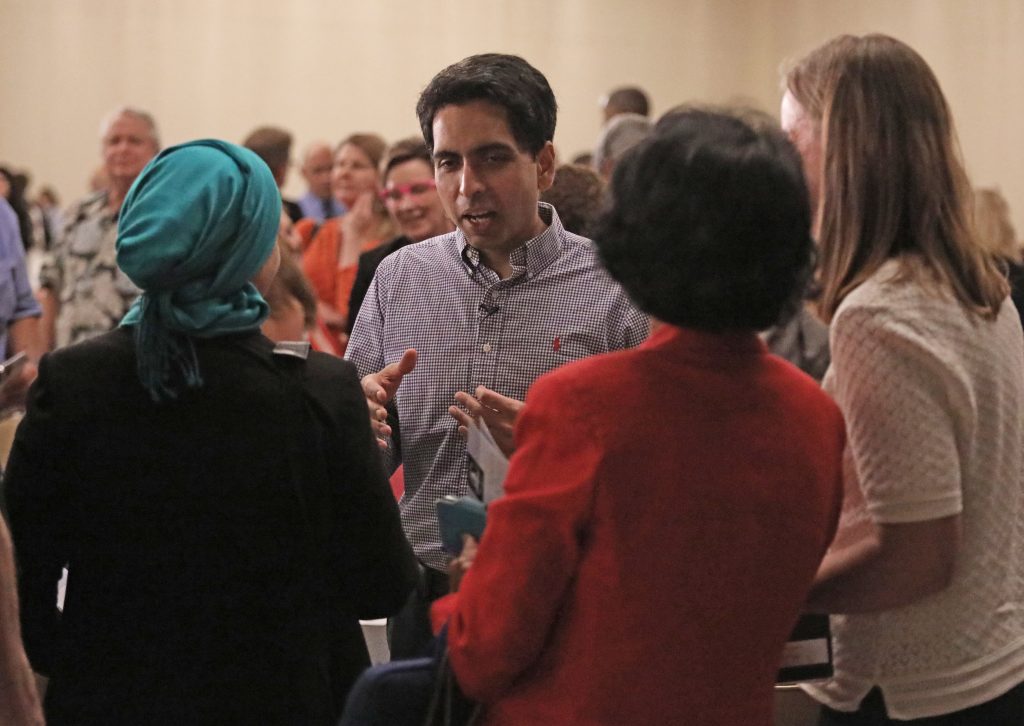 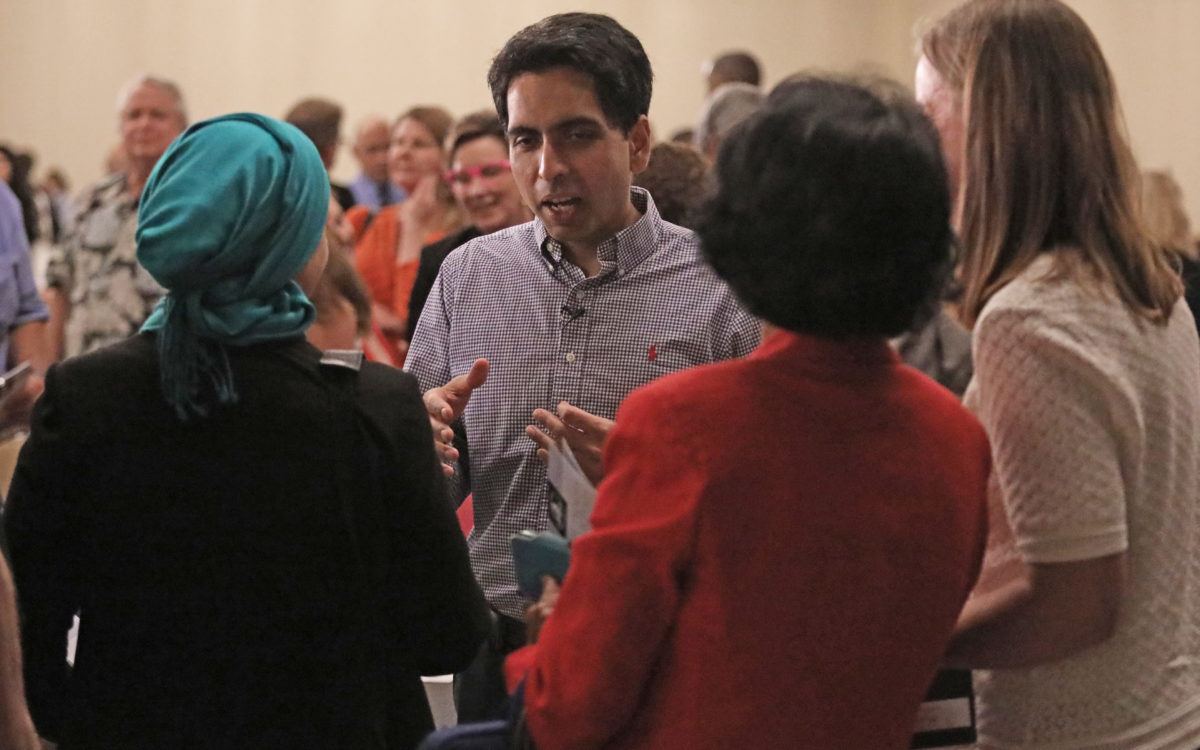 Sal Khan, the founder and CEO of the Khan Academy whose free online courses now reach tens of millions of people around the planet in multiple languages, concedes that he might aptly be described as “the poster child for distance learning.”

The Khan Academy is best known for the math courses created by Khan himself over a decade ago, and now also offers courses in multiple other subjects, including science, science, computing, history and economics.

As educators throughout the nation ready themselves to teach children remotely on a massive scale, Khan says it is possible to put together a distance learning program that “if done well and consistently can be a bridge during this time period.” But, he says, it shouldn’t be viewed as a replacement for physical in person learning.

In an interview aired on EdSource’s “This Week in California Education” podcast, he says he has “huge concerns” about the feasibility of offering an entire school curriculum remotely, which many school districts will be expected to offer this fall on a scale never attempted before.

To hear Sal Khan on “This Week in California Education,” click here.

“I will be the first to say that for most students, especially for younger students, distance learning is not on its own as good as having a blend of online tools, and having really high quality in-person experiences,” he said. Distance learning, he said, “should not be viewed as a substitute for a really rich physical experience for the great majority of students.”

With the virus spreading across the country, bringing back students for in-person classroom instruction is becoming an impossibility for many school districts, especially under strict public health guidelines established in states like California where most are faced with the reality of having to open with only distance learning.

Through its Khan Academy Districts and Map Accelerator programs, the organization has established partnerships with several county offices and school districts in California, including Compton Unified, Long Beach Unified and Madera Unified in the Central Valley. The partnerships involve setting up personalized learning plans for students to promote math success, or offering professional development to teachers and administrators to better identify students’ needs and to track their progress.

He saida full-time distance learning curriculum might work for older students — mostly for the “unusually motivated or precocious students.”

He pointed to the experience of many districts during the spring, when schools hurriedly closed and sent students home without the time to do any preparation. “It’s not surprising that the version of distance learning that got implemented was extremely inconsistent,” he said

Khan knows firsthand what schools are up against. He has three children, aged 11, 9 and 5. But he was able to do something few parents are able to do — to start a school his children now attend. The Khan Lab School, a private, non-profit school with about 200 students, is located on the ground floor of his office building in Mountain View, and is based on his book “The One World Schoolhouse: Education Reimagined.”

The school has applied for a waiver from the guidelines issued by Gov. Gavin Newsom and the California Department of Public Health to be able to educate the school’s elementary school students in person this fall. If the waiver is awarded, the plan would be to start with kindergartners and first-graders in person this fall, then bringing in second- to third-graders, and then fourth- and fifth-graders on a rolling basis.

That’s in recognition of the extra challenges early elementary students face in dealing with distance learning and based on data he says he finds compelling that children under age 9 are the least likely to contract or spread the disease. To further minimize risks, they would be taught outdoors in tents erected in the school parking lots.

For teachers bracing themselves to offer distance learning months or possibly even the entire year, Khan says that schools should focus on the basics — reading, writing and math.

Direct online instruction, especially for younger children, should be broken down into 20 or 30 minute chunks, rather than two-hour blocks.

Students should get access to high quality learning tools that students could use offline when they are not getting direct instruction. In addition to Khan Academy offerings, he points to other online tools such as Newsela, Raz-Kids and Lexia.

Teachers should use techniques to encourage them to participate in online meetings — to “pull students out of the screen.” To do that, students should be given interesting tasks, and teachers should promote “Socratic dialog,” by polling students with questions like “What is your point of view?” and “What is your rebuttal to her argument?” Students could then be assigned to break out groups to discuss or debate among themselves.

At a minimum, students should participate in three to five 30-minute “touch points” each week that are as interactive as possible, during which “kids can talk about goal-setting, how to get unblocked and really feel part of a community.”

“That’s the type of thing that makes a Zoom session really interesting,” he says.

At the same time, instruction must be tied to some form of accountability, where attendance and participation are recorded and assessed and students would be awarded a pass or a letter grade.

He says he would also draw on authors like E.D. Hirsch, who has written up a “core knowledge” sequence for each grade level. Using all of these materials may not amount to what Khan says is “a full schooling model.” But it would at least “ensure that children over the course of this next year continue to learn some of the core knowledge and the core skills that are going to make sure they don’t fall behind.”