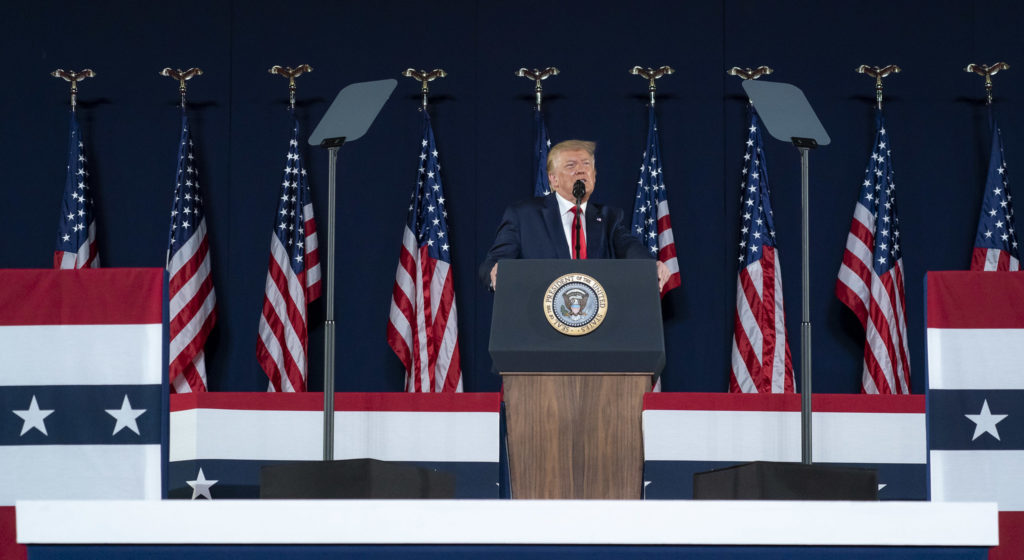 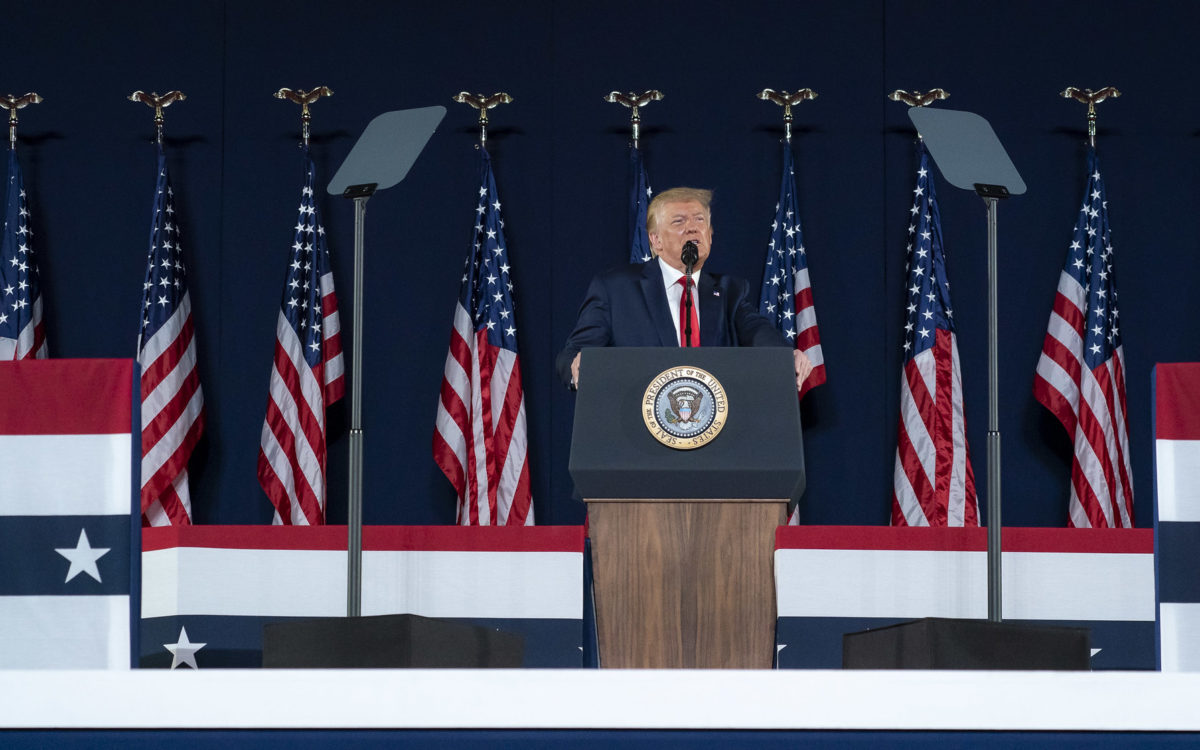 President Trump has unleashed a war of words against schools, accusing them of indoctrinating children, and lumping them together with a favorite target, the news media, and a newer one, “far-left fascism,” which he has linked to the Black Lives Matter protests that have exploded in recent months since the killing of George Floyd in Minneapolis in May.

On Friday, in his speech at Mount Rushmore, he said, “our nation is witnessing a merciless campaign to wipe out our history, defame our heroes, erase our values and indoctrinate our children.”

Elaborating on that theme, he said “in our schools, our newsrooms, even our corporate boardrooms, there is a new far-left fascism that demands absolute allegiance. The violent mayhem we have seen in the streets and cities that are run by liberal Democrats in every case is the predictable result of years of extreme indoctrination and bias in education, journalism and other cultural institutions. Against every law of society and nature, our children are taught in school to hate their own country and to believe that the men and women who built it were not heroes, but that they were villains. The radical view of American history is a web of lies — all perspective is removed, every virtue is obscured, every motive is twisted, every fact is distorted and every flaw is magnified until the history is purged and the record is disfigured beyond all recognition.”

His remarks came while public education has been essentially upended due to the coronavirus pandemic, and there has been little in-classroom instruction, so tying the current protest to any specific instruction would be difficult, if not impossible.

His remarks came on the same day that former Vice President Joe Biden spoke remotely to about 8,000 members of the Representative Assembly of the National Education Association. The tone of his remarks was dramatically different from Trump’s and represented a virtual love-fest between the presumptive Democratic presidential candidate and the nation’s largest teachers’ union. Among other things, he said he would push to triple Title I federal funding targeted to low-income students and double the number of school psychologists, counselors, nurses and social workers in schools.

Trump continued his critique about indoctrination of children in his remarks the following day at the July 4 picnic, on the South Lawn of the White House, although he did not specifically target schools. “We will never allow an angry mob to tear down our statues, erase our history, indoctrinate our children, or trample on our freedoms,” he said.

It was not at all clear which heroes Trump was referring to, the Confederate generals or more recent targets of protests and statue removals like Christopher Columbus, Thomas Jefferson and Father Junipero Serra, a key figure in the Spanish conquest and colonization of California. Nor was it clear what “laws of society and nature” he is referring to.

His comments came against a backdrop of hostility to public schools that has characterized Trump’s entire education policy agenda. Throughout his presidency, he has derided the nation’s public schools by referring to them as “government schools,” the derogatory term used by the conservative right to describe K-12 public schools. On other occasions he and Betsy DeVos, his secretary of education, have repeatedly used the term “failing schools.” In some cases, they have combined the two terms to label public schools as “failing government schools.”

Even during the pandemic, Trump and DeVos have continued to press their “school choice” agenda. DeVos has attempted to ensure that private schools get what Democrats say is an unequal share of federal education coronavirus relief dollars. Senate Minority Leader Chuck Schumer, D-NY, has described one such “microgrant” initiative as a “voucher-like program, a prior initiative that has nothing to do with Covid-19.”