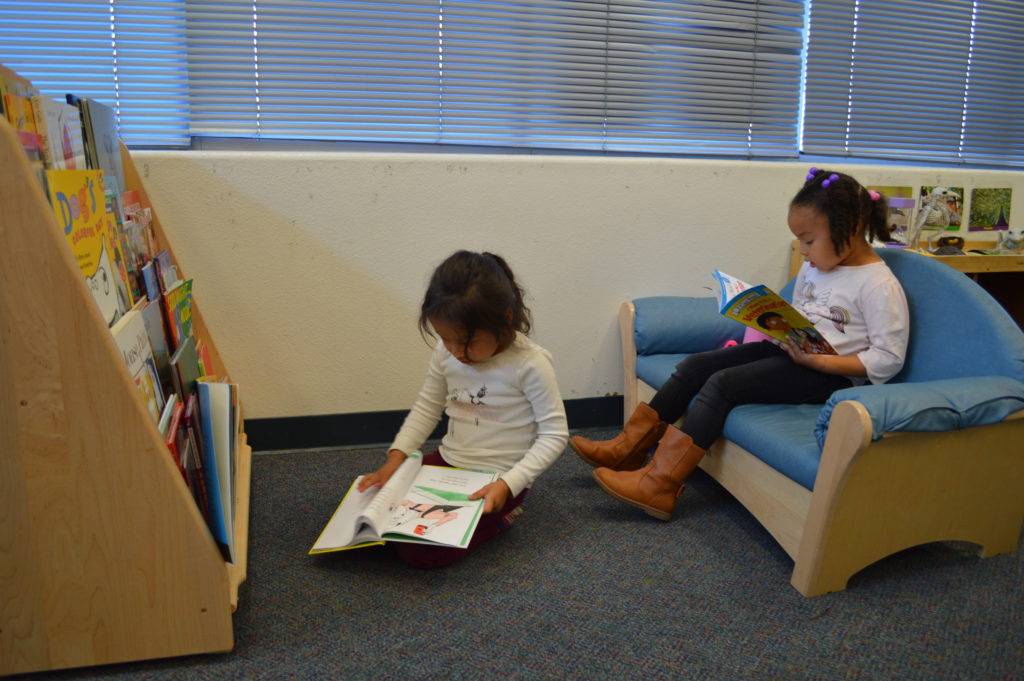 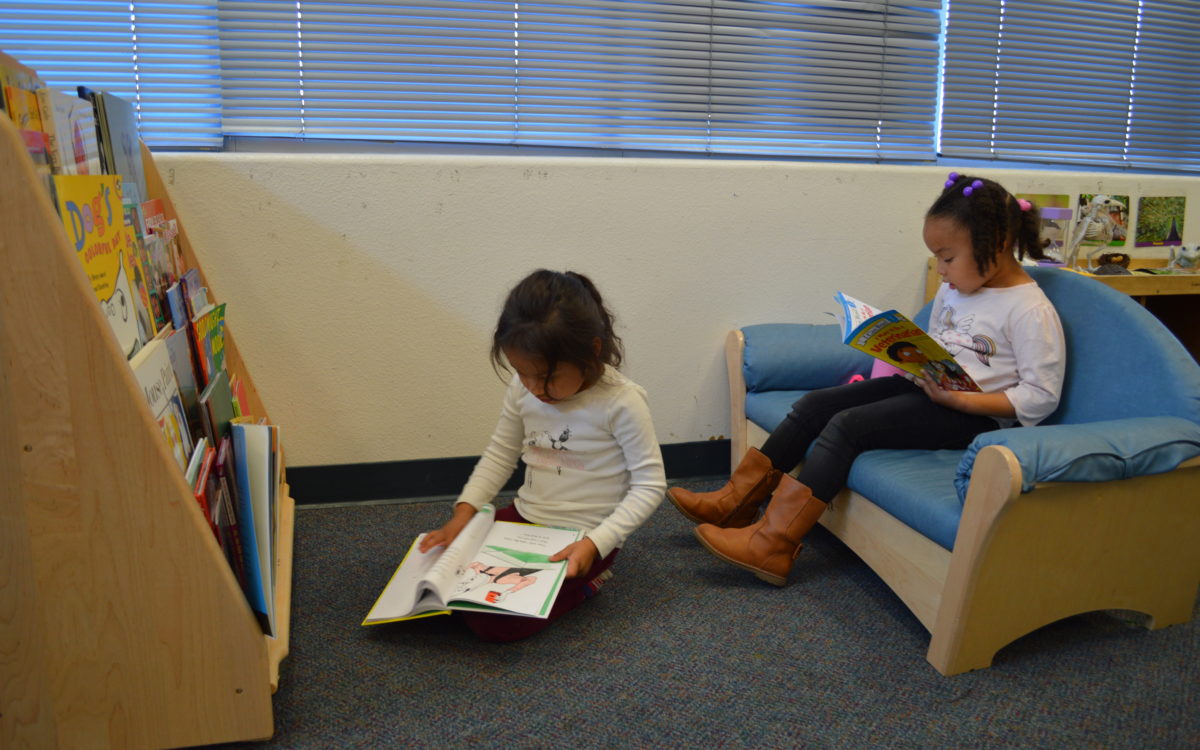 Young children whose first language is Spanish, Vietnamese, Arabic or another language other than English could get more help in becoming bilingual in child care and preschool under California’s new Master Plan for Early Learning and Care.

The first step: identifying them.

The plan, commissioned by Gov. Gavin Newsom and put together by dozens of researchers, with input from educators, child care providers and parents, presents an overarching blueprint for providing more access and higher quality to California’s early education programs serving the state’s 3 million children under the age of 6.

More than half of the state’s young children under 6 years old are estimated to speak a language other than or in addition to English at home. Young children who speak a language other than English at home are known as “dual-language learners,” because they are still developing their home language at the same time that they are learning English. Once they get to kindergarten and higher grades, students who are not yet proficient in English are usually described as “English learners.”

“You cannot address the needs of dual-language learners if you don’t know who they are or where they’re located geographically,” said Marlene Zepeda, professor emeritus in Child and Family Studies at California State University, Los Angeles.

California has made numerous efforts in recent decades to ensure that preschools meet the needs of children who are not fluent in English. But the Master Plan includes several new proposals for dual-language learners that advocates hope will improve their education outcomes.

The master plan for the first time calls for legislation that would require subsidized child care and preschool programs to identify and report the languages spoken by children enrolled, and their fluency in English, so the state can follow those children’s development until they graduate from high school. Subsidized child care and preschool programs provide free or low-cost care and education to children who come from low-income families or who are in foster care, have experienced domestic violence or are homeless. There were about 280,000 children enrolled in subsidized care in California in 2019.

The proposal to identify and report data on dual-language learners is groundbreaking, according to many experts.

“If we don’t know if they’re a dual-language learner, a child who doesn’t speak English is put into a sink or swim situation” when they enter preschool or child care, said Marlene Zepeda, professor emeritus in Child and Family Studies at California State University, Los Angeles, whose research has focused on dual-language learners, and who served as a consultant on the master plan. “That to me is foundational. You cannot address the needs of dual-language learners if you don’t know who they are or where they’re located geographically.”

The master plan also calls for more professional development for preschool teachers and child care providers on best practices for teaching children who are learning two languages at once.

“Caregivers often lack the support they need in order to provide these children with high-quality, culturally relevant experiences in both English and the children’s home language,” the report states. “Research supports providing DLLs (dual-language learners) with high-quality language experiences in both English and their home language as a foundation for future academic success.”

The California Department of Education has already invested in programs to train some preschool teachers on best practices for dual-language learners, including helping children build skills in the language they speak at home.

“When you get the tools to teachers to know how to work with dual-language learners, those interactions are going to be so much richer and the teachers are going to feel that much more confident on how to connect with dual-language learners, even if they don’t speak the same language,” said Patricia Lozano, executive director of Early Edge California, an advocacy organization that promotes high quality early learning. “Between getting a bilingual program and not having anything, there is a lot that teachers can do.”

“Language loss in preschool is very real. Within six to eight weeks of starting a program, you see kids who came in completely monolingual in their home language choosing to respond in English to their own parents,” said Anya Hurwitz, executive director of Sobrato Early Academic Language.

When teachers receive professional development on how to do this, it can have a big impact, said Lupe Jaime, senior director of Early Care and Education for the Fresno County Superintendent of Schools. Fresno Unified and Fresno County, together with Head Start centers, family child care homes and other partners, have been involved in an effort to improve education for young dual-language learners for about five years, Jaime said. That has included some professional development for early educators.

“We saw a significant difference in cognition, social-emotional development, math and science and literacy, for children that were enrolled in these programs where their teachers were receiving professional development,” Jaime said.

The master plan also calls for legislation to require developmental assessments both in English and in children’s home languages. These assessments, which measure a young child’s progress in social-emotional, physical, pre-math and pre-literacy skills, have often been offered only in English. In addition, the plan calls for preschool curriculum frameworks and materials to be updated to include bilingual materials and to “incorporate culturally and linguistically responsive, family-centered and evidence-based pedagogy and practices.” The lack of bilingual materials has been a concern of many preschool teachers and researchers.

Jaime said preschool curriculum and materials need to be updated with the new state goal that children maintain their home languages in addition to developing English, so they can become bilingual.

“Most of the state preschool material was developed prior to Proposition 58, when we had an English-only focus as a state,” said Jaime, who also runs the Lighthouse for Children child care and preschool center in Fresno.

Though all researchers and advocates consulted by EdSource hailed the master plan for its proposals to improve outcomes for dual-language learners, many cautioned that the plan does not go into detail about exactly how the steps will be carried out.

“In general the master plan is a huge moment for California and a huge move forward,” said Anya Hurwitz, executive director of Sobrato Early Academic Language, a nonprofit organization that developed an early childhood education program for dual-language learners and has trained teachers across the state.

Still, Hurwitz and other advocates expressed concerns that the plan mentions dual-language learners as if they are in the minority in California and groups them with students with special needs.

“The old paradigm of grouping dual-language learners with students with disabilities is present, when in fact dual-language learners in the [subsidized preschool] programs are in fact the majority of the students. Keeping that subgroup mentality doesn’t serve us as a system and doesn’t move us out of that older paradigm,” Hurwitz said.

The issue of children who speak another language being grouped together with students with disabilities is especially sensitive for many in California. That’s because before the 1970 Diana v. California State Board of Education ruling children were classified as having a disability and segregated into separate classes based on an English-only IQ test. Only after the court case were schools required to assess children in their home language.

Hurwitz would also like to see the master plan add more detail about how preschools should support young children to become bilingual and ready to learn to read in both their home language and in English, which would help prepare them for elementary school and help avoid them losing their language.

“Language loss in preschool is very real, and we see it quickly,” she said. When children enroll in an English-only program, they often begin to lose the language they speak at home. “Within six to eight weeks of starting a program, you see kids who came in completely monolingual in their home language choosing to respond in English to their own parents.”

Many advocates are looking forward to working with the state to develop more detailed steps for supporting bilingualism in preschool and connect the master plan more clearly with the state’s K-12 plans, like California’s English Learner Roadmap and Global California 2030, a state initiative to get half of all K-12 students participating in programs by 2030 that teach them two or more languages.

The English Learner Roadmap, adopted by the State Board of Education in 2017, provides guidance to school districts on best practices for educating English learners from preschool to 12th grade, including to “value and build upon the cultural and linguistic assets students bring to their education.” The master plan mentions that the English Learner Roadmap should be amended to include infants and younger preschool children as well, but does not go into detail.

“In the action plan, we see the set of stakeholders that they’re inviting to the table to engage in the conversations for the action steps,” said Vickie Ramos Harris, director of educational equity for Advanced Project California, a civil rights organization that works to ensure that low-income children have equitable education opportunities. “And so that’s an invitation for us to continue engaging in the conversation and think about the nitty-gritty. We’re excited about that.”