Parents struggle to find resources, fit into new role as their children’s teacher 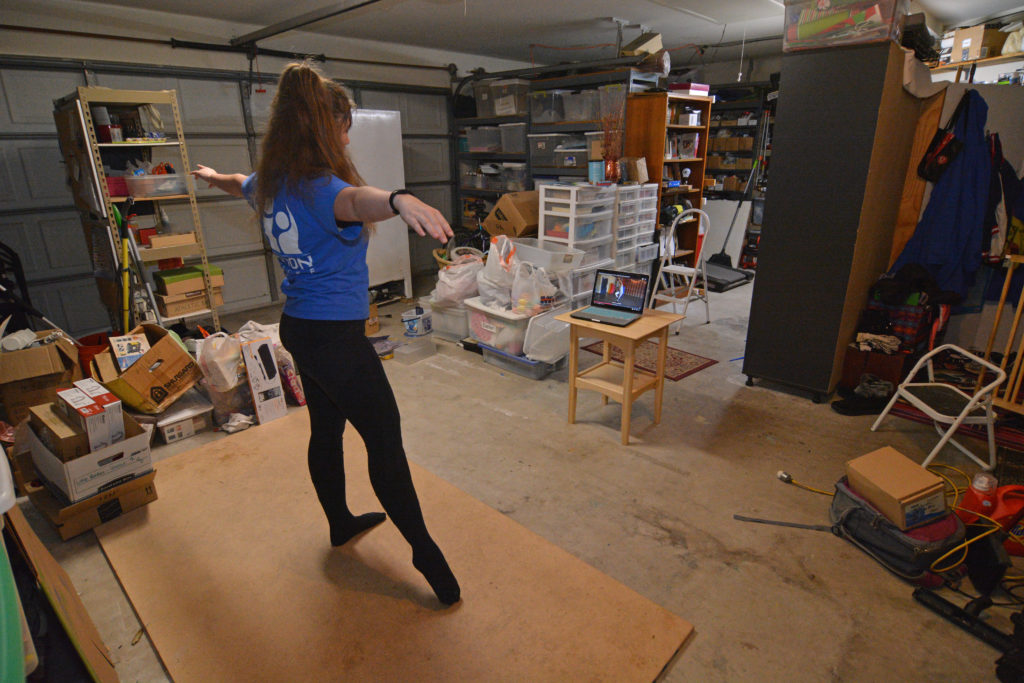 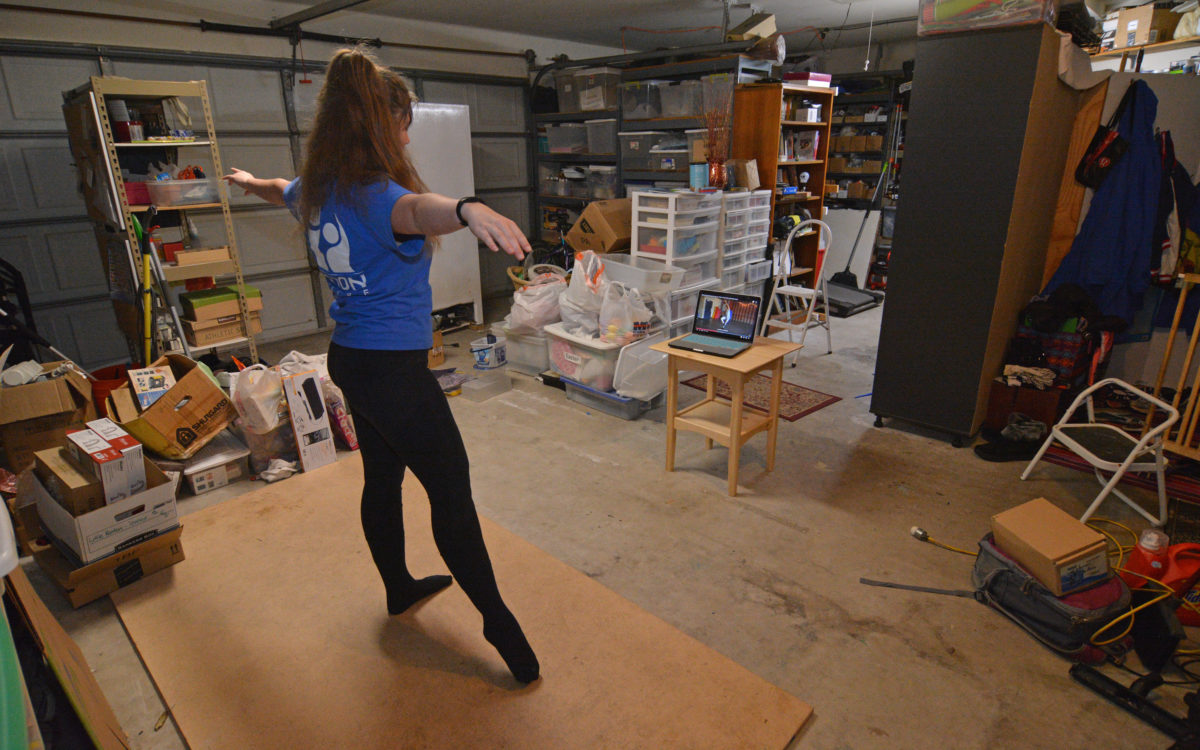 Credit: Todd Maddison
Mary Maddison takes a dance class offered by her school in her garage during coronavirus crisis.

Credit: Todd Maddison
Mary Maddison takes a dance class offered by her school in her garage during coronavirus crisis.

Parents throughout California have been forced into a role they never expected by the coronavirus pandemic: They are now their child’s teacher.

With different job pressures and resources at home, families’ responses have varied. Some have put their children on school schedules to give them a semblance of normalcy, while others are reluctant to require too much schoolwork, afraid of elevating their child’s stress level.

Some parents have scoured the internet for resources and supplemented lesson plans when districts have been slow to offer instruction. Others with fewer resources and limited time wait for schools to provide direction. Many struggle to teach some subjects and have no idea how to evaluate their child’s progress.

On one maxim most parents agree: Trained teachers are much better suited to the job.

“I’m not trained to be a teacher,” said Rashida Dunn-Nasr of Sacramento, who spends about two hours each day teaching her four children. “It’s nowhere near as comprehensive of an education as they were getting in school. I’m trying my best.”

EdSource reached out to its community network and other parents throughout the state to find out how parents are coping. Parents from the suburbs of Placer County, near Sacramento, to the coastal city of Oceanside in San Diego County responded. All are working from home and are overseeing their children’s education at the same time. Some have a background in education; most do not.

Since the coronavirus shut down school campuses, Dunn-Nasr has arrived home every morning from her job as an overnight caretaker to feed her four children breakfast and begin their lessons. Jayden, William, Noah and Audrey — who are in third, fourth, fifth and eighth grades — attend Martin Luther King Jr. K-8 School, part of the Sacramento City Unified School District.

“It’s really a challenge because you don’t think of that in your day-to-day life as a parent,” Dunn-Nasr said. “Now you are the parent, provider and teacher.”

She said no packets of lessons and assignments were sent home for her children after the district closed its campuses. So she scoured the internet and asked a cousin who homeschools to send lesson plans and homework to help.

Dunn-Nasr worries about all the things teachers know that she doesn’t, such as how to assess whether her children are working at the appropriate level or whether they are struggling with the work or progressing.

Although she feels much of the children’s schoolwork is “busy work” and that they could fall behind, that isn’t her biggest concern right now.

“This has been like a bomb going off,” she said. “It has really taken a toll on our school, our community, our family. I know to make sure we have enough food, toilet paper and water. That has taken precedence over them completing their lesson plans.”

Sacramento City Unified was scheduled to begin distance learning April 13. For the first week, the district advised teachers to focus on reconnecting with families.

Darcie Harvey, a higher education policy and data consultant in San Jose, knows a lot about education. But she still has trouble helping Noelle and Morgan, her third- and fifth-grade daughters, with Common Core math.

“I feel, as a parent, math can be kind of a struggle,” Harvey said. “I didn’t grow up with the current math and way of teaching.”

The two girls attend Los Alamitos Elementary School in San Jose, which combined classroom lessons with instruction on online educational platforms prior to the pandemic. Despite that, online instruction had been limited since the school closed.

“The first week and a half I was up at night downloading packets from the New York Department of Education,” Harvey said. “I was on Great Schools. I felt like I was a researcher with a whole different hat on, just trying to find resources myself.”

Harvey put her daughters on a school schedule that starts at 9:30 a.m. with an hour of English, followed by a half hour of recess and then an hour of social studies or science before lunch. Then there’s an hour of math and then art or a free activity. They also take remote music and gymnastics lessons.

“There has been disagreement among parents about whether children should be put on a regular school schedule to keep their lives as normal as possible during school shutdowns, or whether they should be given little work to avoid stress,” Harvey said.

Harvey said parents should do what’s right for their kids. “Anything that offers a sense of normalcy and a sense of connection is really good,” she said.

Borges, who is working from home during the shutdown, said she hasn’t been able to help her daughter get on the Zoom classes because of her hectic work schedule.

“I work full-time and everything is scheduled during our work hours,” she said. “I feel bad and I hope she doesn’t fall behind.”

Instead, Gianna is working on the packets that the family picks up every three weeks from the school and doing assignments left by her teacher in Google Classroom.

Western Placer Unified School has decided not to penalize students who don’t complete assignments during the shutdown. The grades they held before schools closed are frozen and can only improve, but they can’t be lowered, according to district information.

“In all honesty she isn’t doing a lot of schoolwork,” said Borges, who added that she plans to get her daughter online soon. “I can get her started, but she is going to have to be doing it herself because I have to work.”

Todd Maddison and his wife, Patty, would have been planning a high school graduation party for their daughter, Katherine, right about now, but they aren’t sure if there will be a graduation ceremony.

Katherine, whose graduation was scheduled for June 11, attends El Camino High School with her sister Mary, a sophomore. The school is in the Oceanside Unified School District.

“The kids are holding out hope they will have a graduation ceremony at the end of the year,” said Maddison, whose family lives in Oceanside. “Graduation is a maybe. They have given up on prom.”

In the meantime, Katherine, who has been accepted to UC Berkeley, is spending two to three hours each day studying for her Advanced Placement tests.

Mary, who also takes Advanced Placement classes, spends two to three hours each day completing assignments and getting instruction from teachers on Zoom, a video conferencing platform. She also takes a school dance class on Zoom.

Maddison said his daughters are high-achieving and self-motivated. He and his wife usually only check in with them at dinner to ask what schoolwork they did that day and if any of their teachers offered online sessions.

By the second week in April there were still no schedules for classes set by the district. Maddison said he’d like to see more structure to the school day with more monitoring of students’ work.

Maddison said he has empathy for people with younger children, who probably need more direction and assistance from their parents during school closures.

Lisa Swanson knows that when her 12-year-old daughter, Isabella, gets tired and wiggly, it’s time for a break from her schoolwork. It’s easy for her to see the signs — they sit at opposite ends of the dining room table every weekday, with Swanson doing marketing work for her job and Isabella doing schoolwork.

The sixth-grader attends Sinaloa Middle School in the Novato Unified School District, which put classes online immediately after its campuses closed on March 13. Students started school the following Monday at home, with district-supplied Chromebooks they had issued before the pandemic.

Now Isabella and her classmates are on a structured class schedule, set by her school to avoid conflicts between classes. Online classes aren’t held every day, but students are expected to complete work in Google Classroom.

A month after it closed campuses, Novato Unified officials decided to switch to credit/no credit this semester in place of grades.

Swanson isn’t concerned there is too much work, but worries that students aren’t accustomed to spending so much time sitting in front of a computer.

“That has been a difficult transition for a kid to get in front of the Chromebook for so many hours and not have that break,” she said.

Swanson said Isabella misses her friends and that kids are anxious about missing the rest of the school year. She attempts to combat stress and fatigue by building breaks into her daughter’s day and doesn’t worry if she misses an early morning class if it’s not mandatory.

“I hope the message gets out many times over that it’s more important that your child feels nice and secure than to make sure you are making every single class or meeting, and just keep in contact with the school,” Swanson said. “It’s more important to deal with their emotional well-being.”

Parents are spending hours each day searching the Internet for age-appropriate materials to help fill the educational gaps while school districts move toward more robust online learning. Here are a few websites that might help: