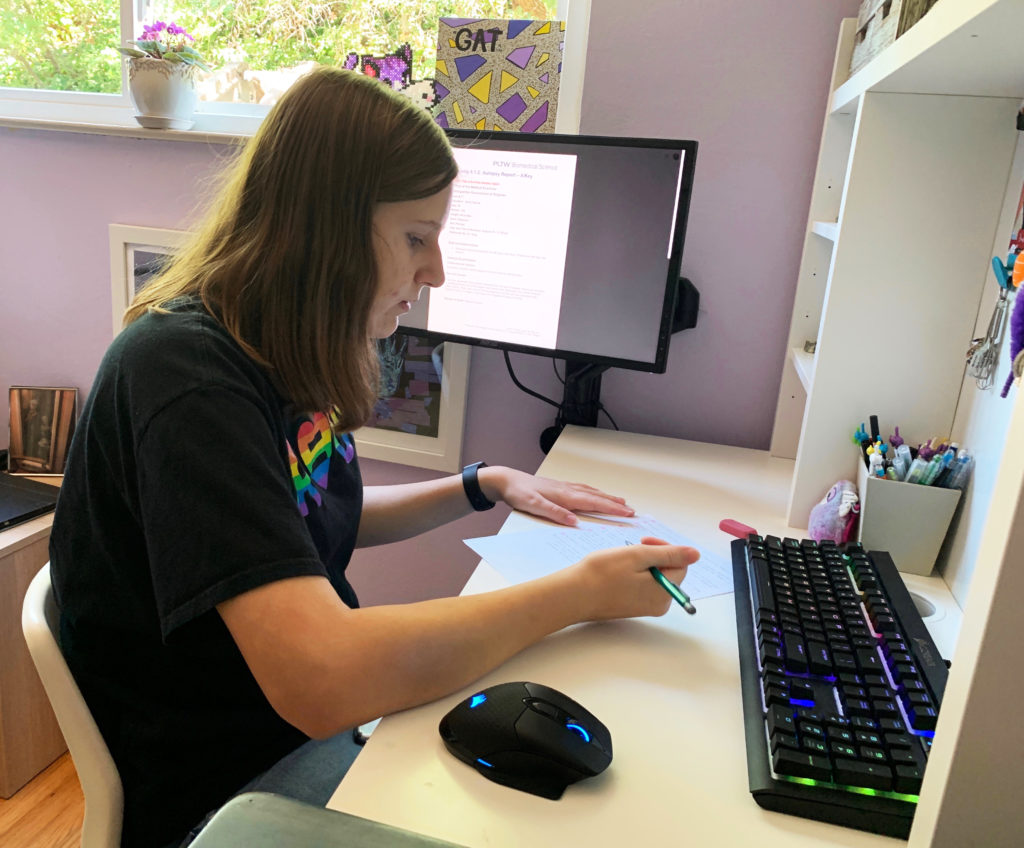 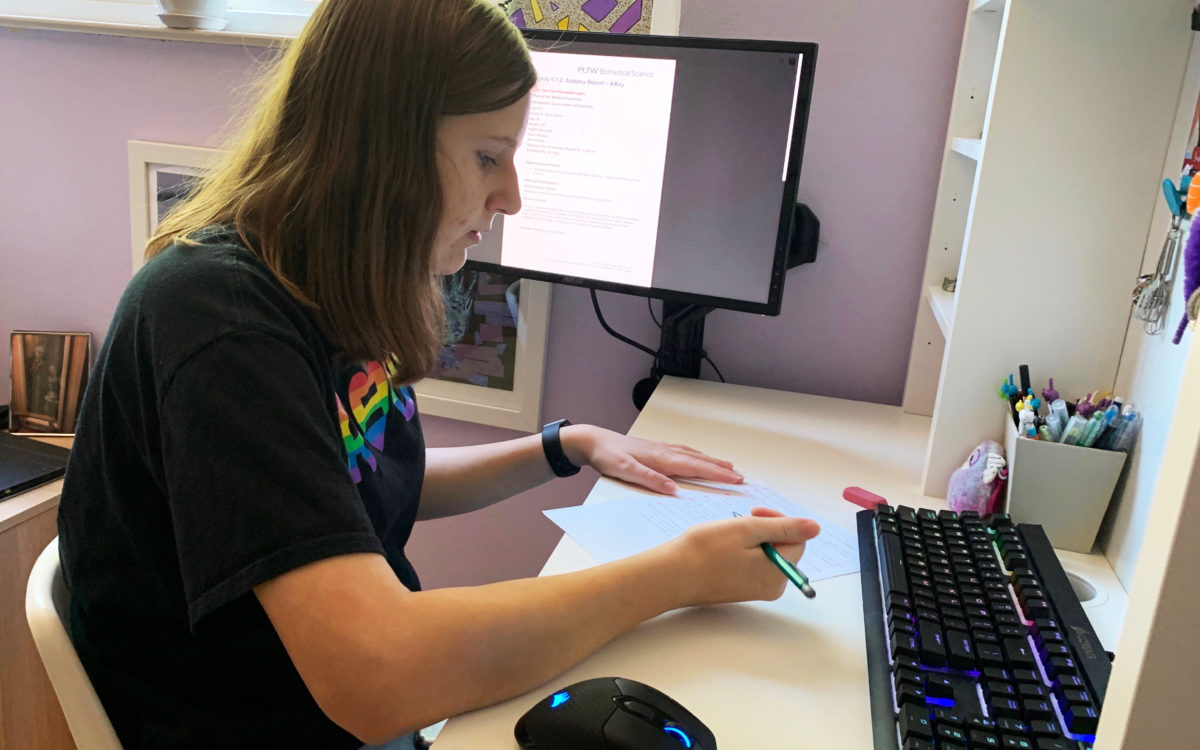 Beginning Monday, California school leaders will be closely watching the color their counties are assigned in the weeks or months ahead on a new ranking system that will determine when schools can open for in-person instruction and what businesses can reopen.

Look at the color of your county here.

Only districts in counties in the purple or Tier 1 category can not reopen schools. If they are in any one of the other tiers, they will have permission to open their schools for in-person instruction, should they decide to do so.

At least one county — Orange County — is looking for an immediate change from the purple ranking it was given on Friday which education leaders fear will disrupt plans in many districts to offer hybrid learning involving a combination of in-class and remote instruction beginning after Labor Day.

The new ranking system has been devised principally to give businesses a clearer idea of when they can open. Different businesses will be allowed to open depending on what color they are given.

Until now, school districts in counties on the state’s monitoring list, which was based on a half-dozen factors, were prohibited from offering in-person instruction, unless they received a special waiver to do so for kindergarten through sixth-grade students.

The new four-tiered system is greatly simplified, in that it is based on just two factors (test positivity rates and incidence of new cases per population).

The Tier 1 list — the purple one — is essentially equivalent to the now defunct monitoring list, which has been abruptly retired. As of today, 38 out of 58 counties are ranked purple. That means that 87% of California’s public school students are in districts that must offer instruction via distance learning, unless they have apply for and receive a waiver to provide in-classroom instruction for

There were changes for some counties in the new color-coded system. Both San Francisco and Napa County, formerly on the monitoring list, are ranked “red,” thus giving them permission to open schools for in-person instruction as soon as two weeks from now.

However, having permission to bring students back to school does not mean that San Francisco or other districts will necessarily do so. That will depend on multiple factors, such as whether they have negotiated agreements with their teachers’ unions, the extent to which districts are prepared to meet county and state health guidelines, and whether a district has set stricter requirements than the state for in-person instruction.

At the same time, there is confusion in a handful of counties that were no longer on the monitoring list, but found themselves Friday essentially back on it by being put on the Tier 1 purple list. These include Orange, Santa Cruz, Glenn and Placer counties.

Officials in Orange County, where there has been more contention over whether to bring students back to school than perhaps anywhere else in the state, were stunned by their purple rating.

The county had come off the state’s monitoring list a week ago (on Aug. 23). Al Mijares, the county superintendent of schools, said two-thirds of schools in the county had been planning to offer hybrid instruction — a combination of distance learning and in-classroom teaching — beginning on Sept. 8, right after Labor Day. There are about 500,000 students in the county, and another 50,000 or so in private and parochial schools.

Gov. Newsom hinted in his Friday briefing that based on the rules for how and when counties would be assigned a new color rating, some counties could come off the Tier 1 list very soon. The rules announced by the California Dept. of Public Health suggested that Orange County might be in that position.

In fact, Dr. Clayton Chau, the county’s new public health director, tweeted Friday that “as long as Orange County continues trending in a positive way,” K-12 schools will be in a position to resume on-site instruction as early as Sept. 8.

However, on Saturday, county officials were notified by the state health department that that was not necessarily the case. The county’s health care agency tweeted again, this time saying it was requesting “additional clarification from the state,” and that the county is still “in limbo.”

“To be met with a new system disheartens us and frankly frustrates us,” said Mijares. “We believe we should have been in Tier 2 to start off with.”

Eventually on Monday Sept. 1, the state health officials notified the county that schools could reopen to students on Sept. 22, two weeks after the date many schools had been shooting for.

“I know how frustrating it is to be in this position, given the complex planning it takes to restart our campuses,” Mijares said, referring to the later date.  “Dr. Chau has advocated strongly on our behalf, but the state was firm in its response.”

As of last Wednesday, tiny Glenn County north of Sacramento, with eight districts and 5,400 students, was taken off the monitoring list, and its schools had less than two weeks to wait until they could bring at least some students back to campus.

To get off the list took considerable effort, said county superintendent of schools Tracey Quarne. The school community mobilized to help bring down infection rates which would allow schools to bring children back to class. That effort involved, among other things, bus drivers, teachers and other school employees manning tables outside hardware stores and restaurants passing out masks and literature about social distancing and other health precautions.

But on Friday the county was placed on the purple Tier 1 list which Quarne said would mean schools would, like Orange County, have to wait at least until at least  Sept. 21 to reopen. “This has added two weeks to purgatory,” he said. “I do understand this a one in a hundred year event, and no one can really be prepared for something like this.  It is frustrating.  I don’t like to conduct education with changing rules.”

“We are not letting up,” Quarne pledged. “We are doing everything we can to keep our Covid numbers low, and once again to have the opportunity to serve the children of Glenn County as best we see fit.”

Placer County was also removed from the monitoring list on Aug. 19, and was nearing the required two weeks to be off the list to be able to open for in-school instruction — only to be given a purple rating last week.  The purple ranking “has created further delay for schools, and we have written to the California Dept. of Public Health to express this concern,”a  message on the county’s website stated.

However, on Monday Placer Placer County was told that schools will be able to begin in person instruction beginning on Sept. 1, “as they would have after coming off the previous Monitoring List.”

School administrators understandably might have a sense of déja vu, being confronted with yet another set of color codes. Central to the overhaul of the state’s school accountability system championed by former Gov. Jerry Brown, California created a color-coded system to rate school districts and schools on numerous academic and other indicators. The colors were recorded on what is called the California School Dashboard.

But the dashboard has been put on hold because of disruptions caused by the pandemic. So at least for now school officials won’t have to pay attention to two color-coded systems, albeit two completely different ones.

What the Guidance Says About Schools

This is what the guidance from the California Dept. of Public Health on Aug. 28, called Blueprint for a Safer Economy, said about schools specifically:

Schools may reopen for in-person instruction based on equivalent criteria to the July 17th School Re-opening Framework previously announced. That framework remains in effect except that Tier 1 is substituted for the previous County Data Monitoring List (which has equivalent criteria to Tier 1). Schools in counties within Tier 1 are not permitted to reopen for in-person instruction, with an exception for waivers granted by local health departments for TK-6 grades. Schools that are not authorized to reopen, including TK-6 schools that have not received a waiver, may provide structured, in-person supervision and services to students under the Guidance for Small Cohorts/Groups of Children and Youth.

Schools are eligible for reopening fully for in-person instruction following California School Sector Specific Guidelines once the county is off Tier 1 for 14 days, which is similar to being off the County Data Monitoring List for at least 14 days.