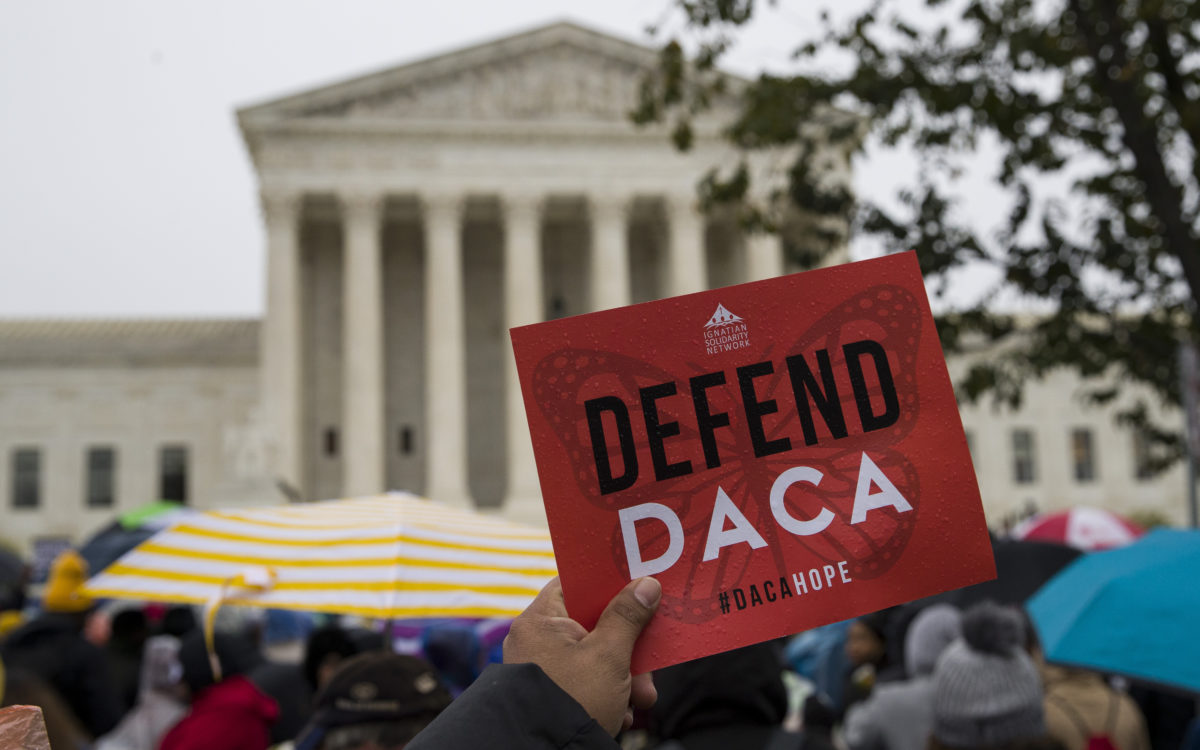 Those restrictions prevented undocumented students and students in the Deferred Action for Childhood Arrival, or DACA program, from receiving the aid in the CARES (Coronavirus Aid, Relief and Economic Security) Act.

The federal education department was sued last month for arbitrarily placing restrictions on the emergency relief funds from Congress that had been intended to help students with any additional educational costs from the pandemic. A department spokesman said it plans to appeal the ruling and it “fully expects to prevail on appeal.”

Also going up on appeal is a similar federal injunction granted to students in the State of Washington.

The preliminary injunction will only benefit California community college students. However, tens of thousands of students nationwide and across the state in the University of California, California State University and private college systems are affected by the eligibility requirements. There are an estimated 4,000 undocumented students enrolled in the 10-campus UC system, about 9,5000 at CSU’s 23 campuses and 70,000 in the community colleges. Nearly half of those students are estimated to have DACA status. Nationally, it’s estimated that more than 450,000 undocumented students are enrolled in college.

“Congress has been explicit when it intended to provide the Secretary (of Education) with authority to establish eligibility criteria or impose conditions for other higher education programs, grants, or loans,” according to the judge’s ruling. “Here, no such language exists.”

Education Secretary Betsy DeVos had argued that the stimulus law tied the basic eligibility requirements for federal financial aid to the stimulus law. Funding for federal student aid often does not include undocumented students, most international students and some students who don’t demonstrate they are successfully making academic progress.

According to the ruling, Congress did not explicitly reference eligibility requirements that are traditionally used for awarding federal financial aid, and if they had wanted to impose those requirements, they would have said so.

“Education Secretary Betsy DeVos and her department attempted to exclude as many as 800,000 California community college students from receiving emergency assistance that Congress approved to mitigate the effects of the pandemic,” Oakley said. “Among those who have been harmed by the guidance issued by the Department of Education are veterans, citizens who have not completed a federal financial aid application and non-citizens, including undocumented students and those with DACA status. Judge Yvonne Gonzalez Rogers’ ruling is good news for all students who have been denied the assistance that Congress intended for them during this public health crisis.”

The emergency financial aid was part of the $2.2 trillion CARES Act, of which $14 billion went to higher education. California’s colleges and universities expected to see more than $1.7 billion in aid, with at least half of that money going to emergency grants to students affected by the pandemic. Initially, Devos indicated the money could go to any student at the colleges’ discretion. But on April 21, DeVos published new guidance on how colleges and universities could spend that money. Only students who qualify for federal financial aid could be eligible for more than $6 billion in emergency stimulus aid and grants.

Besides the chancellor’s office, Foothill-De Anza, Los Rios, Los Angeles, the State Center and San Diego community college districts are listed as plaintiffs on the lawsuit. Together, they have been allocated about $114 million in stimulus aid, with at least $57 million for their students.

But the colleges said much of that money hasn’t gone to students because of the department’s eligibility requirements.

Foothill College, for example, was allocated about $2.4 million, with $1.2 million expected to go to students in emergency grants. The college, which is south of San Francisco, created a survey asking students to identify their needs, which 1,317 students did. Foothill intended to provide aid to all of those students, but once the education department imposed the eligibility restrictions, the college has only been able to provide assistance to 89 students, according to the complaint.

Most Foothill students who needed aid didn’t qualify because they had not filed a federal student aid application, or because they were enrolled in online classes. Congress in the stimulus law excluded students who had mostly taken online courses before the pandemic, because those students were less likely to have expenses related to the disruption of campus operations.

The four community colleges in the Los Rios Community College District, which is in the Sacramento area, estimated they could provide financial support to about 58,000 students through the emergency aid. Those students included DACA recipients, foster youth, single parents, veterans and undocumented students. But under the education department’s restrictions, only 21,000 students qualified for the aid.