Amid uncertainty, wide variation in how long California schools say they will be closed 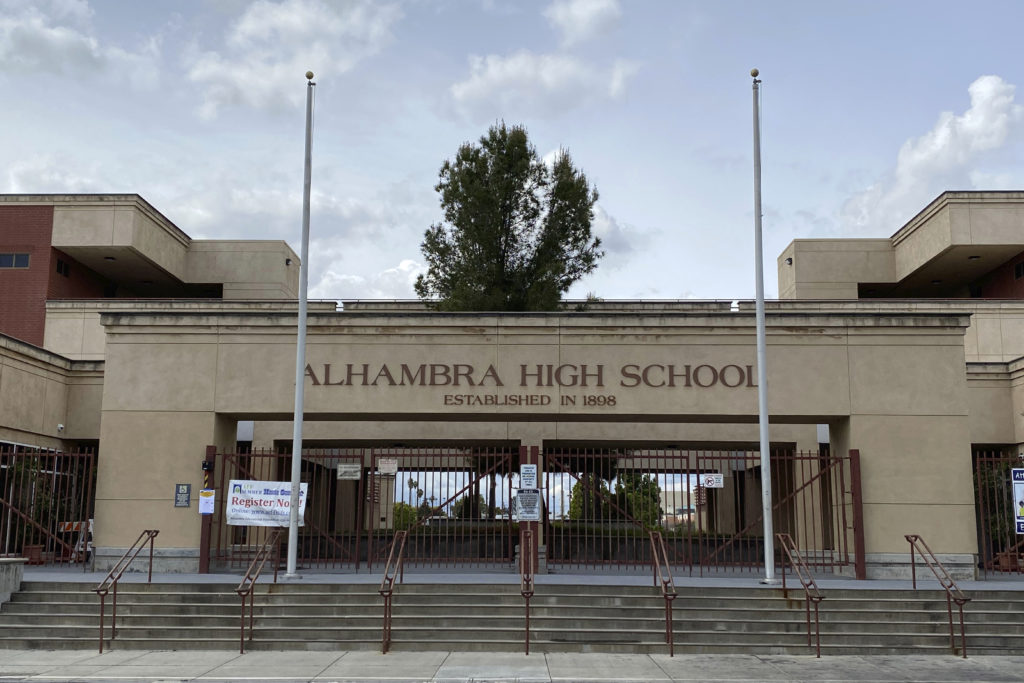 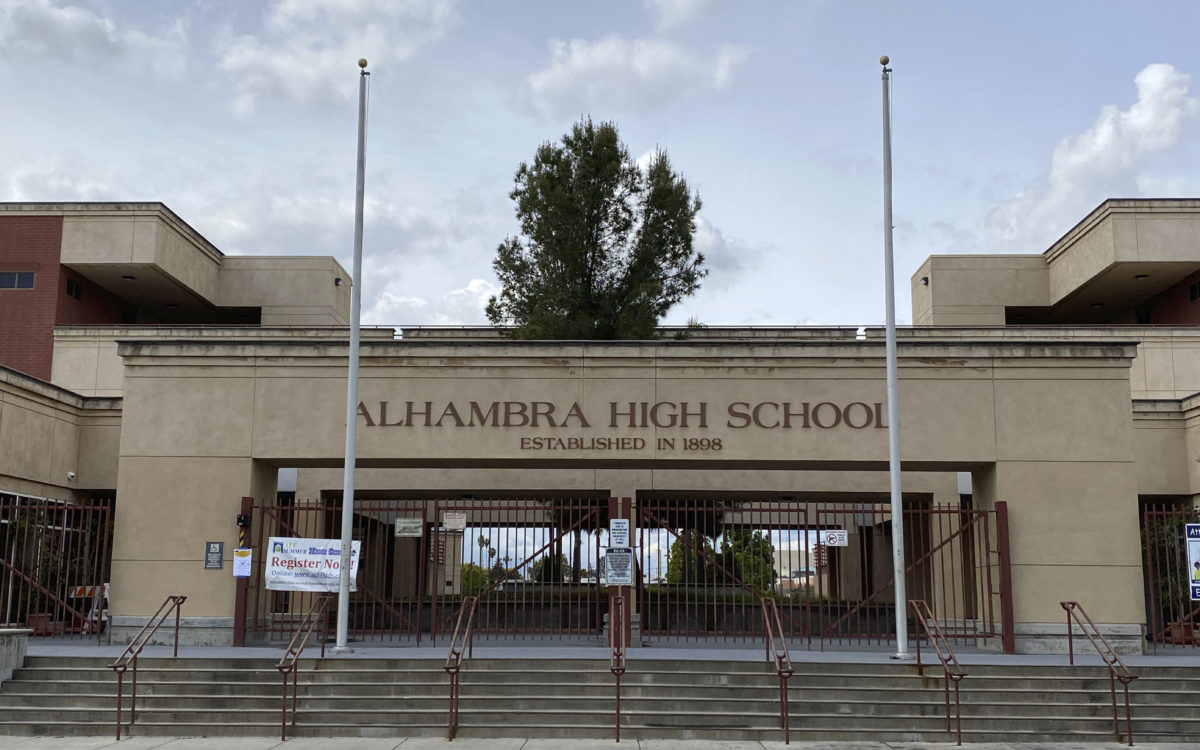 How long will students be out of school?

That is a question that no one can definitively answer at the moment.

But how it is answered has extreme relevance for California’s vast public education ecosystem of over 6 million students, 310,00 teachers, and many more parents and school employees.

Ten days ago, Gov. Newsom caught California’s education community off guard when he said he doubted that schools will open before the end of the school year.

“Don’t anticipate schools are going to open up in a week, “Newsom said. “Please don’t anticipate in a few weeks. I would plan and assume that it’s unlikely that many of these schools — few, if any — will open up before the summer break.”

At the same time, he acknowledged that he couldn’t predict the summer closure “with certainty,” although “I can say this quite learnedly.”

So far, at least one school district has publicly adopted Newsom’s expected timeline he announced on March at 17.  Elk Grove Unified near Sacramento is ending its school year May 29, its normal end date.  Beginning on April 16, however, the district will provide a structured distance learning program to its students, complete with awarding student grades for their work.

But Elk Grove’s end-of-school-year closing date is far from the norm.  Many California districts are still  setting dates until when they plan to be closed, usually sometime within the next few weeks — and often also hedging their bets as to when they will open.

The ambiguity about when schools will open is extremely hard for parents, says Celia Jaffe, president of the California State PTA.  “Lots of them are making arrangements week by week, or for partial weeks, to get help with caring for their children.  They’re also trying to keep educational activities going, but it is a very difficult time.”

One of the most recent developments is that some districts are reframing the closure message and instead saying they will essentially be open — as a “distance learning” district.  That is what San Diego Unified, the state’s second largest district, did this week when it announced plans “to save the remainder of the academic year” by a “formal return to grading and instruction” on April 27  but “not a return (of students) to the physical environment.”

San Diego superintendent Cindy Marten rejects the idea of even trying to set a date for when or if student would return to school before the summer. “I’ve decided to stop focusing on the uncertainty and what we don’t know, because what I do know and what I can be certain about is that we have to serve our students,” she said. “Different people have different ideas about when you’re going to open up, when you’re not going to open.  We’re going to open when it’s safe to open.”

State Superintendent of Public Instruction Tony Thurmond also was not willing to speculate whether schools would remain closed until the summer. “I wish we have a way to predict how long it’s going to be,” he said.  “I think the governor’s comments show we are in it for the long haul.  But to me everything is dependent on what we do now.  If we heed the guidance about social distancing, we can flatten the curve,” referring to the public health goal of averting a steep spike in coronavirus cases.

The PTA’s Jaffe said setting a firm date when closures may end “is a service to families,” even if the date has to be revised. “At least they now have a space of time to figure out their child care arrangements, especially if they are still working.  Knowing that they have a specific period time to take care of their kids is helpful.”

At the same time, health factors should be paramount in deciding when students should return to school.  “You don’t want premature openings, putting children or adults’ lives in danger,” she said.

But there are still significant variations in the closure dates depending on the district — typically a month, or even two months, before their  summer vacations were due to begin.

Ted Lempert, president of Children Now, an Oakland-based advocacy organization, said “obviously clarity would be ideal” about when schools will be open, given the multiple pressures on parents. “There is understandable confusion, although that applies to everyone’s life beyond school as well,” he said.  He cautioned, however, that the focus should be less on when schools should reopen, and more on what kind of instruction students will receive while they are out, and the impact of the closure and isolation on their mental health.

Much of the variability in opening times is the result of districts who initially had to make quick decisions — in some cases almost overnight — to close schools in mid-March. They set the dates for closure — and potential reopening — not based on solid health grounds, which weren’t available at the time, but to coincide with the end of their spring breaks. As a result, districts said they would open during a range of dates during the first, second or even third week of April — dates which are coming up rapidly.

Los Angeles Unified, the state’s largest district, originally told parents and staff to plan for a two week closure, but has now pushed the closure date to at least May 1.  “We will provide additional updates well before May 1st on what will come next,”  superintendent Austin Beutner said. The Los Angeles County Office of Education, which includes Los Angeles Unified and 79 districts with a total enrollment of 1.4 million students, said that the school community should count on being closed until May 5.

This week, county superintendents in six Bay Area counties  jointly announced that all schools in their counties would be closed until May 1, affecting a student enrollment of about 850,000.  And on Friday, districts in Sacramento County took a similar step.

Arturo Valdez, the deputy superintendent in the Los Angeles County Office of Education, said the May 5 date was chosen after “a lot of thought and conversations” with the California Dept. of Education, the Department of Public Health, and consulting with all 80 superintendents in the county. “We thought May 5 would be the most appropriate day for returning,” he said. “This is just our next date when we think we will be in a better place.”

He said part of the thinking was that it would be best for parents and staff to set a date based on when districts were sure they would have to be closed, rather than shifting the date every week or two.  That would give everyone associated with schools a longer timeline to plan their lives.

But he acknowledged that “with everything changing every day … reopening could well be beyond the May 5 date we established.”  To that end, he said, the county is working on “multiple strategies to plan for  various scenarios,” including if schools have to stay closed until the end of the school year.

The decision to set a May 1 date in the Bay Area was made also after consulting with public health officers in each of the counties — in part in response to local school superintendents  who were asking counties to come up with a “unified” closure date, said Michelle Smith McDonald, a spokesperson for Alameda County Office of Education.  “Districts were coming up on their original reopening dates after their spring breaks, and health officers were making it clear that students wouldn’t be able to go back to school.”

In this changing environment, said Birdsall of the county superintendents’ association, “school administrators are adopting the approach that ‘we don’t know where this is going, but we can plan for the next five or six weeks, and remain flexible and nimble as this evolves.'”